spiked talks to David Boaz, author of The Libertarian Mind. 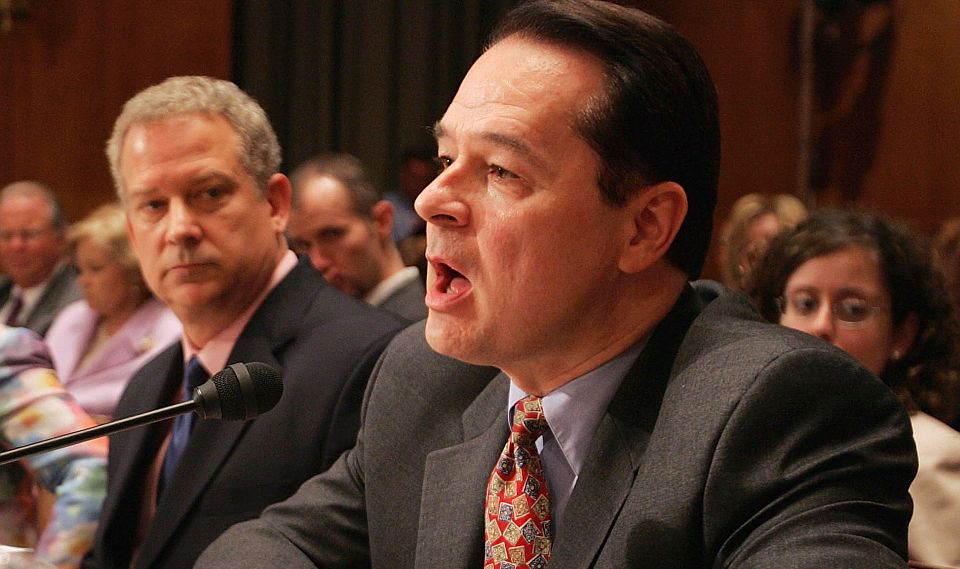 Over the past few years, the tired, old political duopoly of red vs blue has become increasingly coloured by yellow. No, I’m not talking about the rise and fall of the Liberal Democrats and their shortlived foray into British government. Rather, I am talking about the revival and growth of libertarianism in US politics, often symbolised by a bright yellow ‘Don’t tread on me’ flag, which is increasingly visible on lawn flagpoles and bumper stickers across the US.

This rise of libertarianism, with some polls suggesting that as many as 15 to 20 per cent of Americans hold libertarian views, has prompted David Boaz, executive vice-president of the Cato Institute (a Washington DC-based think-tank), to revise and update his 1997 book Libertarianism: A Primer. The result, published this year under the title The Libertarian Mind: A Manifesto for Freedom, provides a comprehensive overview and introduction to libertarian thought.

Big government and the presidential race

‘It just makes your skin crawl to be a libertarian in this city’, Boaz tells me in his office in Washington DC, in reference to the fact that even a short walk in this town takes you past a myriad of government-department buildings and lobbyists’ offices. ‘They are all there to get a piece of the taxpayer’s money’, Boaz adds. These comments express an underlying theme for Boaz – Americans have allowed the government to get too big, from the county to the federal level. Now is the time, he says, for libertarians to push back.

Such is the extent of government regulation that, according to Boaz, the Code of Federal Regulations is over 175,000 pages long and comprises 238 volumes. Federal regulatory agencies now employ over 275,000 people (twice as many as in 1980) and regulation costs the US economy $1.75 trillion dollars annually in lost output.

Given how entrenched big government is, I wonder if dismantling these regulations will prove an impossible task. ‘It does seem like an overwhelming prospect’, says Boaz, ‘but in history, of course, we have dealt with such overwhelming prospects as ending slavery, and we managed to do that’. Boaz isn’t being flippant here. Rather, he is a keen believer in our ability to better our own lives and those of others. ‘We have in the space of a couple of centuries taken humanity from a state of back-breaking labour carried out from dawn to dusk, and short life expectancies, to incredible wealth, even for poor people in the West.’

This is true, and in this era of manifest misanthropy, Boaz is to be commended for focusing on the positive aspects of human development. He worries, however, that government regulation and pressure are stymieing our future potential: ‘Ideally, I would rather government was confined to protecting our rights.’

Little wonder, then, that throughout The Libertarian Mind Boaz argues that government should play a very restricted role in the management of society. As he is keen to stress: ‘In my book, I describe and advocate a libertarianism that is pretty radical, that the purpose of government is only to protect life, liberty and property and everything beyond that is unwarranted in a free society.’ But with government still growing (don’t mention Obamacare to Boaz), and the 2016 US presidential election just around the corner, I wonder what hope he sees for libertarianism in the upcoming political cycle, with it looking likely that either grandma-in-chief Hillary Clinton or a third Bush (Jeb) will take the helm. ‘A Bush-Clinton race ought to be the best opportunity the Libertarian Party ever had, not to win, but maybe to break through’, he says.

I ask what he thinks of Rand Paul, one of the Republican presidential candidates, who is often thought of as a libertarian, despite the fact that, on issues such as abortion and immigration, he presents himself as a traditional conservative. ‘If you look at a range of issues’, Boaz says, ‘I think [Paul has] the most libertarian policy portfolio of any major presidential candidate in memory’. That may be true, but as popular as Paul is (he’s usually fourth in polls of potential GOP candidates), he seems unlikely to mount a realistic bid for the White House.

Boaz is more concerned with the changing role of the presidency itself. ‘George Washington was very careful to read the US Constitution and identify the things that the president was responsible for and the things he wasn’t. In early America, presidents thought their job was only to veto laws if they violated the US Constitution.’ He continues: ‘Now we have this conception that the president is supposed to lead the country, not the government, but lead the country across a bridge to the 21st century, or something. That’s too exalted a programme for any man to be given.’

Does Boaz think, then, that all the demands for politicians to focus on ‘big ideas’ are, in fact, misguided? Would he rather see politicians stepping back altogether? ‘When you have a government as big as ours is, the next president is going to be inevitably intruding into our lives’, he says. In many ways, he is right – the rise of the nanny state, paternalism and the increasing impulse of politicians to focus on cultural differences between people are doing much harm. Here, Boaz makes a strong case for the removal of the state from the day-to-day running of society. ‘Why should I care if the president, who is managing the federal government, is a creationist?’, he asks rhetorically. ‘But if he is in charge of schools I do have to worry about whether he is a creationist, because he might force those ideas into the schools.’

Libertarianism and the individual

Reading The Libertarian Mind, I was struck by the inaccuracy of a criticism commonly levelled at libertarians: that they are selfish individualists who don’t care about their fellow men and women. Make no mistake – Boaz is no adherent to Ayn Rand. In his book, he explores the success of community support groups, such as mutual-aid societies, in great detail. These were spontaneous community groups that provided a safety net for working people long before the welfare state came into being. Boaz argues that this type of charitable system, alongside the family, should be the predominant means of support in society.

‘I don’t believe people can lead fully human lives if they are permanently dependent on the state’, he says. ‘So I want charities that help people achieve self-sufficiency, and that’s what I think you would see in the absence of welfare-state agencies and the vast tax revenues that are required to support them.’ Boaz’s critique of welfarism is informed by a recognition that a reliance on welfare, especially when it involves a paternalistic government trying to force welfare on specific ‘vulnerable’ groups in society, has a detrimental effect on the ability of individuals to come together and make decisions for themselves. In this sense, welfare effectively becomes a tool by which the state can strip agency from certain sections of society.

Given the increasing reliance on welfare and disability benefits in the US, has the idea of the American Dream been consigned to history? Boaz doesn’t think so. ‘I think we do still have the view that America is a place where you are supposed to be able to improve your life, to make your kids’ lives better. I think that it mostly still is that, despite the high cost of taxes and regulations.’ In this, Boaz seems to be at odds with the now ubiquitous, aspiration-free mantra of ‘middle-class economics’, which is promoted by politicians of all stripes. But he is right to suggest that, thankfully, there is a disjoint between the aspirations of the people and the buzzwords of the elite.

Indeed, many people from around the world have looked yearningly at the First Amendment and the protections it offers. But Boaz notes that, as permanent as the First Amendment is, the fight to uphold it has changed as time has worn on. ‘It’s always been the case’, he says, ‘that popular speech isn’t what anyone wants to censor. So if you wanted to defend the First Amendment, you had to be defending blasphemy or Communist speech or the Nazis marching in Skokie. Of course, today what’s blasphemous is racist, sexist and homophobic speech, and that’s the new First Amendment challenge.’

This is true, but I still worry about the lack of cultural and societal support for free speech today. From free-speech clampdowns on college campuses to the policing of speech on social media, there is an increasingly intolerant backlash against any view that doesn’t fit with the views of what Joel Kotkin has called ‘the new clerisy’. Boaz agrees: ‘One of the issues we are still thinking through today is not legal restrictions on freedom of speech. [It’s whether we have] created such a level of conformity that you can lose your job if you’ve said something that offends [the] modern orthodoxy.’

Boaz does not come across as a utopian idealist, but the practical way in which he discusses libertarianism leaves you optimistic about where the libertarian movement might be heading. One of the key challenges it will have to face is to persuade people that libertarianism is not the Tea Party conservatism some may think it is. ‘There are a lot of different ways to use the word libertarian, and, in some sense, one of the things I want to do is make the word libertarian understood as part of the political spectrum. In the same way that the words conservative and liberal speak for very large groups of people, who may be more or less radical, I think libertarian should, too.’

The libertarian belief that society works best when it is made up of free and robust individuals is one that, I think, can resonate widely with people. This understanding of the individual may traditionally have been defined as liberal, but, as Boaz stresses, the fact that liberal is now used to refer to the sort of nannying, speech-policing people who fill the ranks of Kotkin’s new clerisy has meant libertarianism has moved in to fill the void. ‘These days when, at least in the US, where you can’t use the world liberal in its traditional meaning, I think anyone who is a traditional classical liberal would have to call themselves a libertarian.’