The Tory ban on ‘psychoactive substances’ is deeply authoritarian. 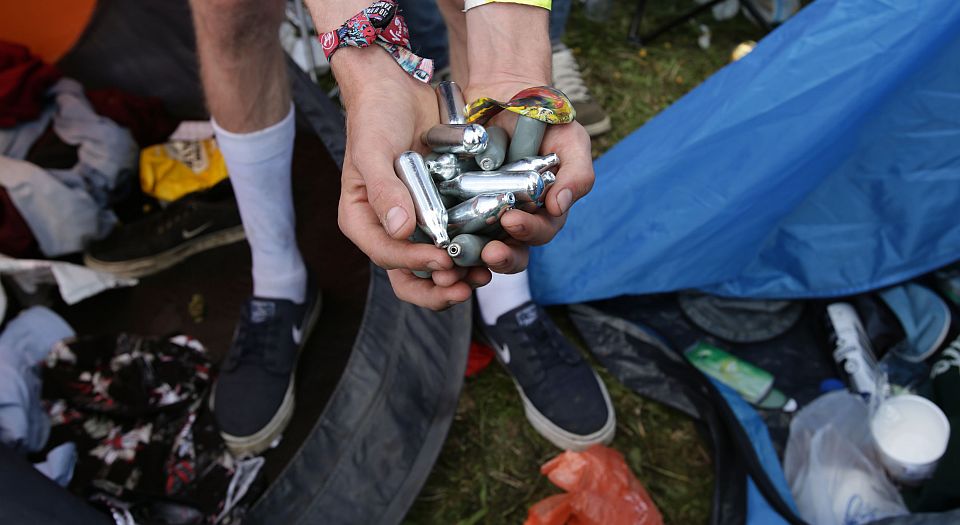 The arrival of the UK’s Psychoactive Substances Bill confirms that the war on drugs won’t be stopping anytime soon. Following the official clamour for legalisation of some soft drugs a few years ago, the Tories’ new, hastily drafted bill seeks to extend the reach of prohibition even further. While the new measures, cracking down on so-called psychoactive substances, were little more than an aside in last week’s Queen’s Speech, they represent some of the most authoritarian and overzealous restrictions on drug-use in recent memory.

The bill seeks to ban ‘any substance intended for human consumption that is capable of producing a psychoactive effect’. Coming in response to the burgeoning trade in ‘legal highs’ – synthetic riffs on old favourites like ecstasy and cannabis, sold as ‘plant fertiliser’ or ‘bath salts’ – the bill seeks to end the ‘game of cat and mouse’, as Home Office minister Mike Penning put it, whereby the surge in new products overwhelms parliament’s ability to legislate against drugs effectively.

This bill marks a chilling shift in policy. Rather than prohibit the production and sale of particular drugs, any psychoactive substance, loosely defined as that which is ‘capable of producing a psychoactive effect in a person who consumes it’, will be illegal by default. The government is now the ultimate arbiter of what we are allowed to consume – and to what end. Shunning any reasoned discussion of what products should and should not be restricted, the government will simply ban anything that looks or smells like an illicit substance. So paranoid are the authorities over what we might choose to ingest when left to our own devices that they’ve decided it’s best just to ban the lot.

A case in point is laughing gas. Colourfully labelled ‘hippie crack’ by the tabloids, it is consumed harmlessly by hundreds of thousands of teenage revellers each year at festivals and house parties. But now even nitrous oxide is no laughing matter. As with all other psychoactive substances, its production, supply and sale have been made into criminal offences, carrying a maximum sentence of seven years in prison.

The ludicrously loose definition of what is to be banned by this bill has led to some inevitable ribbing in the press. What about an illicit whiff of Pritt Stick? What about the psychoactive joy the scent of roses provokes? The steamroller approach of this policy has meant the government has even had to issue assurances that ‘food, alcohol, tobacco, nicotine, caffeine and medical products’ would be exempt from the proposed legislation.

For those of us who hold to the principle that what we choose to inhale, ingest or stuff up a favourite orifice is no business of the state, the arrival of this bill is a crushing blow. The fact that the dead, illiberal hand of prohibition is still with us, and that its reach is increasing, should enrage anyone who wants to live in something resembling a free society. Sadly, however, the response from the most visible opponents of the status quo has only demonstrated why the war on drugs continues to rumble on.

Couched in the Tories’ cloying PR-honed messaging – the new measures set out to ‘protect hardworking citizens’ – the bill has inevitably been received by commentators and campaigners as a backslide into blinkered Tory authoritarianism. The Tories’ failure to ‘wak[e] up to the failure of the war on drugs’, wrote Ian Birrell in the Independent, reflected a ‘mind-bending stupidity’ that will further drive drug-production underground, putting more users and cartel-beset countries at risk. Meanwhile, former government drugs adviser David Nutt told the Guardian that the bill was a ‘sop to the right wing’ that was ‘not driven by anything about harm’.

But what is still completely lost on these blood-spitting critics is that the Tories’ new measures tap into an entirely mainstream elite sentiment: that the poor, vulnerable little people need to be protected from their baser instincts and the influence of unscrupulous pushers. Nutt might be a fierce proponent of legalising cannabis, but that’s only because he thinks it could help to wean boozy Britain off the demon drink. (He’s even currently developing his own legal high – a booze substitute called alcosynth.) Birrell’s piece is yet more revealing, finishing, as it does, by asking why politicians aren’t focusing on the real killers – namely alcohol, sugar and tobacco. These liberal poseurs only want to legalise drugs so they can coerce, nudge and nanny you off the hard stuff. Which apparently includes confectionery.

It is this hypocrisy that has made the war on drugs so interminable. Nudge-happy public-health wonks like Nutt bear precisely the same paternalistic logic as the Tory ministers who are trying to protect young people from the evils of hippie crack or spice. If you want a more liberal drugs policy, you need to have faith that the public are robust enough to decide for themselves what they stuff in their faces as well as up their bums.

Tom Slater is assistant editor of spiked and coordinator of spiked’s Down With Campus Censorship! campaign.