The fury over Bjorn Lomborg Down Under confirms the intolerance of greens. 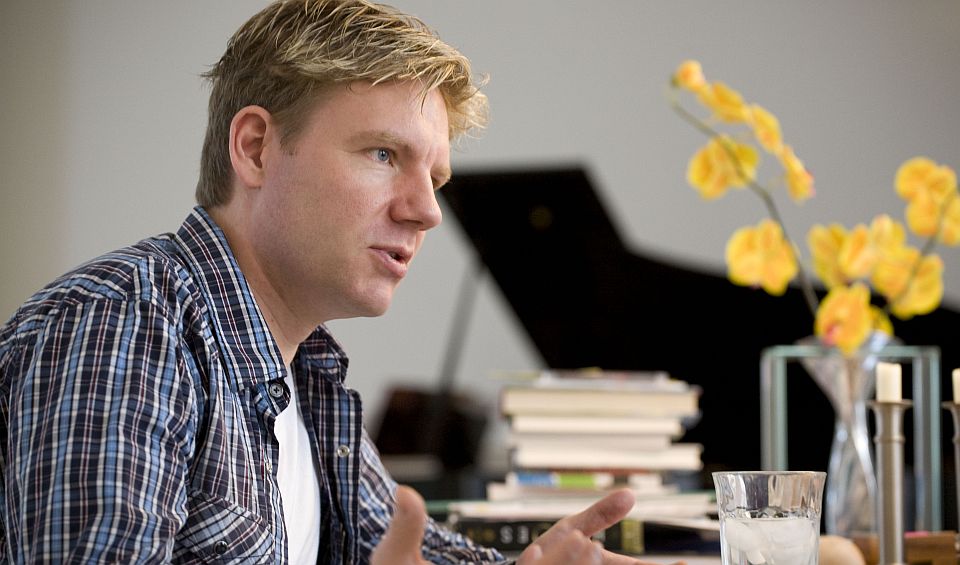 Once, it was Communists who were harassed on Western campuses. Now it’s contrarians. Specifically ‘climate contrarians’. The massive stink over Bjorn Lomborg being given Australian government funding to set up a climate-change centre at the University of Western Australia (UWA) shows that the spirit of McCarthyism lives on. Only now, its targets aren’t Reds, but anti-greens: anyone who dares to criticise either the science — sorry, The Science — or the politics of climate change.

Lomborg is the Danish-born author of the bestselling book The Skeptical Environmentalist (2001). He’s the rattler of greens across the globe with his claims that climate change is not the biggest problem facing humanity, and to the extent that it is a problem we should develop our way out of it rather than cutting back on fossil-fuel use and forcing everyone to live ‘sustainable lives’, which is only fancy code for eco-friendly poverty. So it was inevitable, given green hostility to any criticism of their creed, that Lomborg’s appointment at UWA would start a stir. But even by the standards of denier-denouncing environmentalists, the fury over Lomborg heading Down Under has been intense — and revealing.

Lomborg is being given $4million, apparently on the say so of Aussie PM Tony Abbott himself, to set up and oversee the Australia Consensus Centre. It will be the new arm of the Copenhagen Consensus Center, the US-based think-tank Lomborg runs. No sooner had it been announced that Lomborg and his centre would be setting up shop at UWA than Aussie (and international) academics were spitting blood, and the liberal media Down Under were churning out pieces asking why the hell university space and cash were being given to someone who — horror of horrors — ‘downgrades climate change’. (Not denies it, you’ll note — just ‘downgrades’ it. It seems that even saying ‘I don’t think climate change is the most pressing issue in the world’ is now a sin that will earn you stinging demonisation.)

The Australia Guardian questions the fitness of Lomborg for university life. Green-leaning writers demand the Oz government ‘pull the plug’ on the Lomborg centre, outraged that it might argue that climate change should be ‘placed well down [the] list of global priorities’. At the UWA itself, academics and students held a meeting that one described as being ‘like a Rolling Stones concert’ (it was packed and heated), at which there was ‘riotous applause’ when staff called for UWA to ‘end [its] deal with the climate-change contrarian’. Rolling Stones gig, or mob? The UWA Student Guild joined with their professors to demand that UWA refuse to ‘engage controversial climate contrarian Bjorn Lomborg’, on the basis that having him on campus would ‘harm UWA’s world-class reputation’. An online petition demands that, ‘In the name of science’, Lomborg should be rejected by UWA; it has more than 6,000 signatures.

Reading these very public denunciations of a man who has committed the sin of ‘contrarianism’ and who thus must be denied the oxygen of a university position, you get a sense of what it must have been like on some American campuses in the 1950s. Then, academics were asked ‘Are you now or have you even been a Communist?’; now gangs of raging professors, journalists and finger-jabbing students demand of them: ‘Are you now or have you ever been a climate-change contrarian?’ Much of the commentary on Lomborg’s appointment obsesses over funding his think-tank has received in the past, including from foundations ‘with links to’ various ‘vulture capitalists’. They’re painting a demented picture of Lomborg being a front, a mole, for a vast and sinister network of climate deniers, invading a prestigious university with his ‘dangerous views’ — just as surely as McCarthyites once presented very left-wing academics as the possibly Soviet-foisted corrupters of American campuses.

There’s also a palpable religious feel to the denunciations. That student-started petition calling for Lomborg to be kept off campus demands that this be done ‘In the name of science’. Once we had ‘In the name of the Lord’, now we have ‘In the name of science’. The terminology used to denounce those who question climate change, particularly ‘DENIER’, brings to mind dark, intolerant episodes from history when anyone who called into question the truth of the Bible or the authority of the Church was likewise hounded out of universities (think John Wycliffe, expelled from Oxford in 1382 for riling church elders).

The most striking thing about the Lomborg scandal Down Under is the invention of a new term of abuse: ‘climate contrarian’. This is how Lomborg is being referred to by all the metaphorical pitchfork-wielders. Why? Because he isn’t a climate-change denier. He has said repeatedly that he thinks climate change is real and needs to be tackled, just not in the way mainstream greens think it should. So here, explicitly, we can see that someone is being demonised not for being ‘anti-science’ — the usual, unconvincing justification for shutting down criticism of the politics of climate change — but simply for holding the allegedly wrong political and moral views, for daring to put forward an alternative policy vision for environmental problems. As the UWA Student Guild said, ‘While Dr Lomborg doesn’t refute climate change itself’, he does have a ‘controversial track record [as a] climate contrarian’. And we can’t have controversy on a campus, can we?

This scandal exposes the true intolerance of the eco-lobby, their real censorious urge — which is not merely to ringfence science from ridicule, which is bad enough, but to prevent the expression of contrarian ideas. For years, greens have presented themselves as merely the rational, reasoned defenders of science against gangs of charlatans, when in truth they were all about protecting an ideology: the ideology of no-growth, of anti-development, of anti-progress, of population control, of modern-day misanthropy, fortified with bits of science but really expressing an underlying, elitist, growing contempt for humanity and its achievements. Now, in their assaults on Lomborg, their nakedly political censorship, their moral policing, their desire to deflect any criticism of their miserabilist, illiberal moral outlook, has been brilliantly exposed: they want to shut this man down, not because he denies scientific facts, but because he thinks differently to them. It is undiluted intolerance, and at a university too. Proof that the Western academy in the 21st century is giving the old heresy-hunting Church a run for its money in the bigotry-and-dogma stakes.