Why the Armenian genocide still haunts the world

Many of the tensions of the Great War remain scarily unresolved. 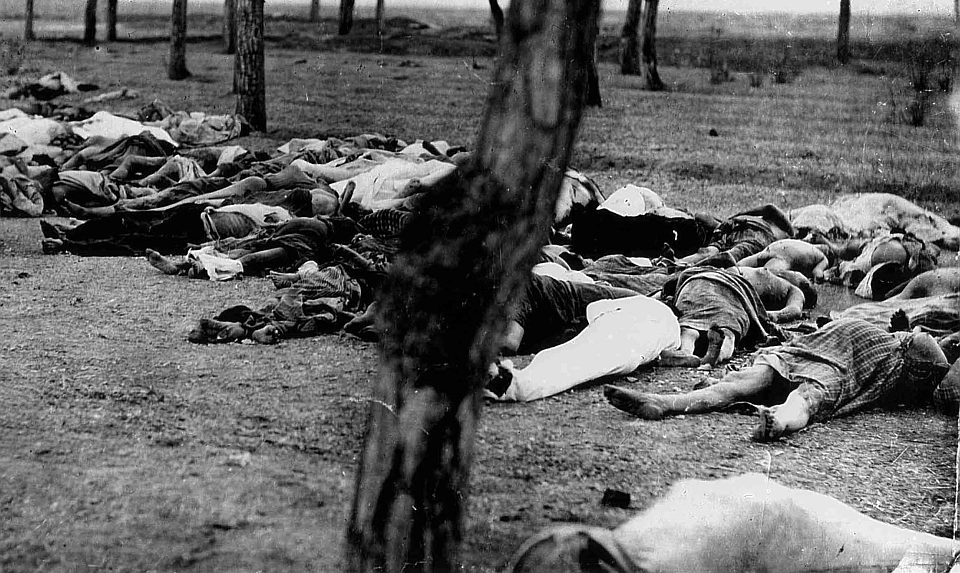 The genocide inflicted on the Armenian people a century ago continues to haunt the world.

Last Sunday, Pope Francis referred to the 1915 mass slaughter of Armenians by Ottoman Turkey as the ‘first genocide of the twentieth century’. He demanded that the global community recognise it as an event akin to a Holocaust. The Turkish government, so touchy about any discussion of what was done to the Armenians, responded by recalling its ambassador from the Vatican. It also accused Francis of inciting hatred and making ‘unfounded claims’.

‘The pope’s statement, which is far from historic and legal truth, is unacceptable’, tweeted the Turkish foreign minister.

The controversy that is always provoked by discussions of the campaign of extermination against the Armenian people at the height of the First World War shows that many of the questions raised during that global upheaval remain unresolved.

Regrettably, the term genocide has become overused, and as a result undervalued, in recent years. Campaigners often equate genocide with instances of mass violence and murder. However, genocide does not simply refer to huge numbers of killings, or the violent expulsion of one group by another, or even the destruction of an entire community. Those kinds of all too frequent tragedies are distinguished from genocide by the fact that they may be a result of the breakdown of military discipline, the reckless behaviour of local commanders and units, or of a decision to terrorise a people into submission. In contrast, genocide is a coordinated plan, designed to annihilate an entire people and their culture and socioeconomic institutions.

The reason the term genocide can legitimately be applied to Ottoman Turkey’s behaviour towards the Armenians is because that was about using state-coordinated violence to bring about the expulsion and destruction of an entire people. One hundred years ago, on 24 April 1915, a day before the British landings at Gallipoli, the Turkish authorities arrested 250 prominent Armenian intellectuals and political leaders in Constantinople. This action was justified on the basis that it pre-empted potential resistance by these Christians, who were a minority group, whose loyalty to the Ottoman Empire could not be taken for granted.

By May 1915, the internal persecution of Armenian people had escalated to a point where the government started deporting them from militarily sensitive areas. Armenian men were forced into labour battalions and entire communities were forced to march to faraway inhospitable camps in northern Syria. Thousands of Armenians died on route; many more were robbed and sexually assaulted. It was clear to many observers that the policy of deportation was a de facto programme of extermination.

The American ambassador to the Ottoman Empire, Henry Morgenthau, noted that Turkish officials knew that the ‘great majority’ of Armenians would ‘never reach their destinations’ and that ‘when the Turkish authorities gave the orders for these deportations, they were merely giving the death warrant to a whole race’. From the summer of 1915 onwards, tens of thousands of Armenians were killed. The violence continued to the end of the Turkish War of Independence in 1923. By this time, the total number of Armenians killed was around 1.5million, out of a pre-war population in the Ottoman Empire of around 2.5million.

At the time, the Armenian genocide could be interpreted as the final act in the unravelling of the corrupt and dissolute Ottoman Empire. But the atrocities committed against Armenian Christians were also encouraged on the ground by religious tensions that flared up in the midst of the Great War. Islamic religious leaders incited hatred towards Christians. At times, crowds of angry Muslim worshippers streamed out of their mosques to try to forcefully convert Armenian Christians. Anti-Christian violence was not only directed at Armenians: similar treatment was meted out to the churches of the Syriacs, Assyrians and Chaldeans, and of course the Greeks.

Until the Nazi Holocaust, the Armenian genocide of 1915-1923 was the most extreme and destructive example of a lethal synthesis of culture and militarism. Tragically, the Turkish government still cannot acknowledge the scale of the crimes that were perpetrated on its soil. Its refusal to settle scores with the past can only foster a climate of suspicion and hostility between the different parties that inhabit the region today. And this is a very serious problem. For the spectre of culturally motivated violence now haunts that region once more. Until recently, the great Armenian church in Deir al-Zour in Syria served as a memorial to the mass killings of the Great War. Earlier this year, however, in a savage act of vandalism, a group of Islamists blew the church up. They destroyed its archives; the bones of hundreds of victims of the 1915 massacres were left strewn in the streets.

So, recognising the terrible crimes inflicted on the Armenians a century ago is not simply a matter of putting right a historical wrong. It is also essential to trying to defuse and contain the spread of intercommunity violence that plagues the Middle East in the twenty-first century. The pope was right to force the global media to give the one-hundredth anniversary of the Armenian genocide the attention it deserves.

Picture by: By Henry Morgenthau (Public domain), via Wikimedia Commons