Nope – he’s merely the bastard child of the left's own self-induced decay. 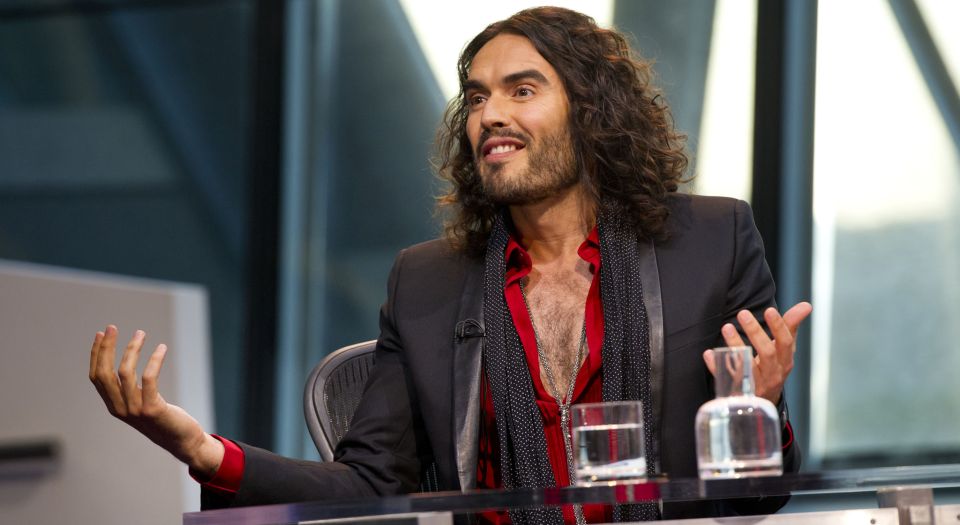 I usually love a bit of Russell Brand bashing. Who’s more deserving of intellectual ire than this cartoonishly Dickensian spouter of unfunny jokes and hilariously juvenile political statements? But there’s something off about the pretty vicious mauling Brand has received across the British press since the publication of his latest booky wook, Revolution. The beardy Essex Krishna is being blamed for ruining the left, for dragging this once principled movement into the gutter of conspiratorial thinking and celebrity idiocy. He stands accused of ‘discredit[ing] left-wing thought’. Come on. Seriously? One loudmouth adultescent famous for saying ‘ballbag’ a lot and having once been married to Katy Perry has toppled from within a 200-year-old political movement? This gets things totally the wrong way round. Brand isn’t the despoiler of the left – he’s the end product of the left’s despoiling of itself.

The assaults on Brand have come thick and fast. Where one half of Britain’s chattering classes is fawning over Brand’s anti-capitalist bluster, the other, increasingly noisy half is desperately warning us against his demagoguery. The weekend’s papers were packed with Russell ridiculing. Brand is ‘rambling, half-baked, shifty and unpleasant’, hacks cry. His ‘booky wook’ is ‘yawny wawny’, apparently. He’s a ‘Jesus Clown’ whose book is ‘ghostwritten sub-Chomskyian woo’, says one columnist. ‘Don’t put your faith in Russell Brand’s revolution’, says another (to whom, I wonder? Where are these hordes sharpening their bayonets to follow Brand’s charging of the offices of Esso and The Bankz in order to topple their rich, white CEOs? Believe it or not, brainy, worried book reviewers, you aren’t the only ones who can see that Brand is a bit of a bellend.) And then comes the most serious charge: that this ‘barmy, Beverly Hills Buddhist’, with his ‘smug, shallow manifesto’, could ‘discredit left-wing thought’. Hacks hint that Brand echoes the anti-political nihilism that consumed vast swathes of Europe ‘in the 1920s and 1930s’. You know what ‘in the 1920s and 1930s’ means, right? Yes, Brand is potentially a more charming, better-looking version of… gulp… Hitler.

At this point, there’s really only one thing to say: calm the hell down. He’s just a comedian! And he’s only published a book that a fair few people will buy but not many will read! (Anyone who at this point says, ‘Ah, but Hitler was “just” a failed artist and his booky wook was also overlong, self-regarding nonsense but look what he did’ gets slapped.) There’s a weird contradiction in the media mauling of Brand. On one hand they want us to believe he’s not a serious person, what with his stupid mockney wordplay and his penchant for thinking with his dicky wick, but on the other they tell us his wild political emotionalism is dangerous and destructive and could damage the left forever. You get the impression that what freaks them out most about Brand is that, because he’s a Sleb, which is basically a modern-day Saint, it’s possible the little people will heed his warped words. We know he’s churning out populist codswallop, but do they?

The Brand-bashing fury is far more bonkers than anything Brand has done. Celebs whose egos outweigh their grey matter have long been hurling themselves head-first and thought-free into the political world, whether it’s Sharon Stone calling on Beijing to lay off Tibetans (Stone won a Nobel Peace Award!) or Sheryl Crow saying you should only use one sheet of toilet paper when you wipe your arse because, er, global warming. Brand has simply taken such foreigner-pitying, eco-populist, banks-bashing celeb politics to its logical conclusion, puking it all into a memoir-cum-manifesto. It’s the reaction to his book that has been truly nuts. For what commentators seem to want to do is blame Brand for something he simply isn’t responsible for: the sweeping, historic disarray and discombobulation of left-wing thinking.

To accuse Brand of warping what it means to be left-wing, especially among impressionable yoof, is crazy. For in truth, Brand is merely a hall-of-mirrors version of what the left itself had already become in recent years: an illiberal, increasingly naturalistic outfit that has ditched its old demands of production and freedom in favour of calling on the Byzantine modern state to control corporations’ antics and curb ordinary people’s material desires. To put it in saucy Brandspeak, if the modernity-haters of the 1990s anti-globalisation movement held an orgy with the conspiratorial bank-bashers of the Occupy protests and the misanthropes of the environmentalism that is absolutely de rigueur among every leftie on the planet, and one of them got preggers, Brand would be the baby. Far from fathering the decline of the left, Brand is the hollowed-out left’s bastard offspring.

All that Brand does is regurgitate to the twenty-first-century left, in super-flowery lingo, its own thoughtless prejudices and feeling of exhaustion with humanity. He’s copped a lot of flak for hinting that 9/11 might have been an inside job – but from Occupy’s handwringing over the Octopus-like banker cliques that control the world to the New Statesman’s claims of a ‘Kosher conspiracy’ of ‘Big Jewry’ that dominates political discourse to Labour MP Tom Watson’s barking ramblings about the Murdoch Empire ‘orchestrat[ing] public life from the shadows’, conspiratorial thinking has become rampant on the modern left. He’s been bashed for his ‘1920s and 1930s’-style rantings about wicked corporations brainwashing the little folk – but from Owen Jones’ recent book about the ‘shadowy and labyrinthe system that controls our lives’ to everything Naomi Klein has ever written about the masses becoming enslaved by consumerism and wealth envy, the notion that secret gangs of financial folk control everything is an article of faith among pretty much everyone who identifies as left today. Notably, Brand hasn’t received quite as much of a pounding over his eco-bollocks, his claim that we live in ‘a spherical ecosystem, suspended in, as far as we know, infinite space, upon which there are billions of carbon-based lifeforms, of which we presume ourselves to be the most important, and a limited amount of resources’ – and that’s because this, too, this humanity-defaming idea that we are just ‘lifeforms’ recklessly raiding Mother Nature’s larder and using up all her stuff, is a brainfart that lurks not only in Brand’s head but in the heart and manifesto of everyone who calls himself a progressive these days.

In this young millennium, the problem for those of us who still, probably a bit forlornly, consider ourselves left-wing, maybe even Marxists, is not that some gobshite whose funniest joke is that he thinks he’s the new Dudley Moore wrote a book filled with political Tourette’s. No, it’s that what now passes for the left has abandoned what we might describe as the two core ideas of one-time radical thought: that ordinary people are capable of running not only their own lives but society itself, and that the problems facing mankind are social ones, not natural ones. The left once embodied a faith in mankind to use his mind and his hands to create a world of plenty, to exploit nature’s resources in the name of creating what Sylvia Pankhurst described as ‘plenty for all… a great production that will supply all’. Not anymore. Now the left demonises production (it harms the planet) and consumption (it makes us mentally ill) and has embraced the very naturalistic nonsense about scarcity and limited resources that a cockier left once explicitly challenged. And the left once trusted that the man in the street (and woman) was capable of determining his destiny without requiring the scaffolding of state or the moral hectoring of priests to constantly guide him on his way. Not anymore. From Brand’s concern that corporations have captured our minds to other leftists’ bleating about the brainwashability of the tabloid-reading hordes – whose minds are ‘orchestrated from the shadows’ – the left now libels the little people, believing they must constantly have their awareness raised by experts, celebs and advertising-immune Occupiers.

Long before Brand came on to the scene, back when he was still swimming in his dad’s ballbags, the left had started to ditch its two major principles: trust in ordinary people and a desire for progress; faith in human subjectivity and an urge to grow the wealth of humanity; support for moral autonomy and a belief in the nature-defying capacity of mankind to make ‘plenty for all’ from Mother Nature’s minerals and metals and liquids. Far from destroying left-wing thought, Brand embodies the misanthropy and naturalism that were once characteristics of Romantics and the right but which now pass for ‘left-wing thought’. You’re a leftist who has been rattled by Russ’s book? Then pull up a chair, plonk it in front of a mirror, and take a good, long look. For it was your own movement’s jettisoning of its principles and positivity and progress that paved the way for the rise of the ugly misanthropy of Brand and all the rest who have turned ‘left’ into a codeword for anti-humanism.

Brendan O’Neill is editor of spiked. He will be speaking at the debates ‘Should even hate speech be free speech?’ in New York on 30 October and ‘Press freedom in the twenty-first century’ on 5 November in Washington, DC, as part of Free Speech Now!’s US event series. Book your free tickets here.