The shallow nihilism of John Gray

The Silence of Animals is anti-humanist posing dressed up as profundity. 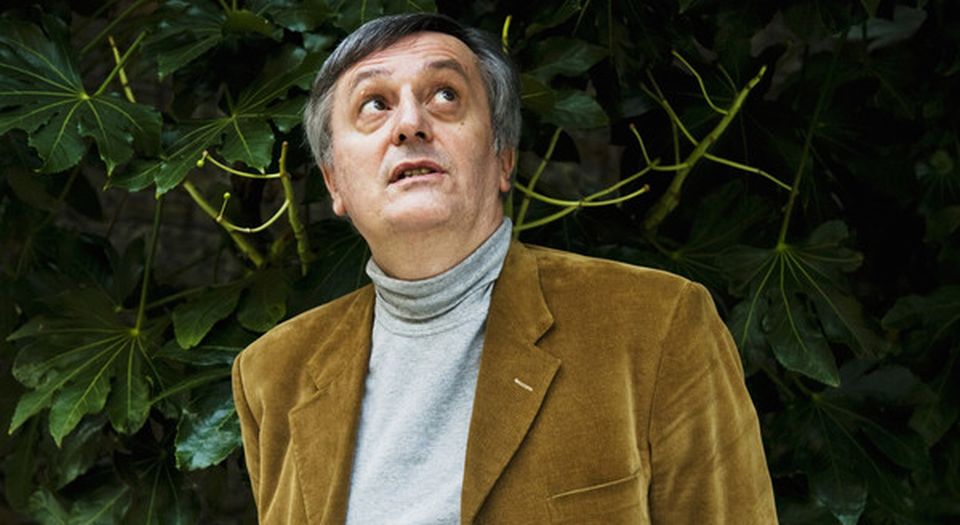 John Gray’s The Silence of Animals: On Progress and Other Modern Myths is a hopeless and inhuman book. For its author, as we will see, these words would appear to be compliments. That Gray could not see this as in any way unhealthy is a large part of the problem with his worldview. And I write as someone who has learned from Gray’s previous writings on neo-conservatism, Hayek, Blair, Rawls, torture and the delusions of global capitalism. But here we see a sadly reduced Gray – a mere grayling, one might say.

But what use is a thinker who now says (albeit in an interview) ‘I try to avoid beliefs’ and that we should have as few as possible? Such statements are not just hopeless; they are mindless. GK Chesterton, a thinker about as different from Gray as it is possible to imagine, tells us that ‘if there is such a thing as mental growth, it must mean the growth into more and more definite convictions… The human brain is a machine for coming to conclusions.’

Chesterton contrasts such growth with the position of someone who has ‘outgrown definitions’, saying that such a man ‘when he says that he disbelieves in finality… is by that very process sinking slowly backwards into the vagueness of the vagrant animals and unconsciousness of the grass. Trees have no dogmas. Turnips are singularly broad-minded.’

Indeed, Gray’s book could equally well have been called The Silence of Turnips – though it would then probably not have been lauded (by Philip Hensher in the Spectator as ‘original and memorable, rich and suggestive’.

The Silence of Animals begins with various accounts of bleak historical events meant to illustrate the illusory nature of progress. Joseph Conrad is quoted to good effect with regard to the impact of imperialism, and others are cited who obliquely cast doubt on the modern superstition that supported imperialism, namely that the growth of scientific knowledge necessarily leads to moral progress. Adoption of this idea in Western Europe in the nineteenth century was often based not on any Christian idea of progress (which, in any case, must include the idea of Original Sin) but rather on naturalistic philosophies married to particular interpretations of Darwinian evolution. Talk of purpose in this context may appear rhetorical, and any proper investigation would need to delve into questions about final causes, the telos of entities, what we might be thought to be progressing towards, and how that might be measured aside from some idea of a fixed human nature.

This is not Gray’s way. Indeed, such an attempt at analysis would doubtless horrify him more than any nineteenth-century (or twenty-first-century) believer in ‘progress’. Rather, in the first part of the book he piles on various fragments of writing from observers of the human condition which give an impression that progress is illusory. Some are striking, but in these descriptions of misery and despair we hear only from literary observers, not from those who actually suffer and may view themselves in a different light from what can sometimes appear to be sentimental observations about them.

Things take a downward turn towards the end of the first part of the book, where at least the examples are engaging and concern recognisable human travails. At the end of this first section, there is the statement: ‘When truth is at odds with meaning, it is meaning that wins.’ What is this supposed to mean? And is it true? Is it true but meaningless, or meaningful but untrue? Is it a statement whose truth could be ‘defeated’ by meaning? The relationship the book has with reality is tenuous at this point. Like Captain Ahab hunting the whale of progress, Gray ends up detaching himself from reality, and becomes far more unreal than those he sets out to confound.

This assertion comes after an excursus into the nature of myth and is followed by several pages of praise for Sigmund Freud who, Gray says, taught us to live without consolation, be it religious or a quasi-religious faith in ‘progress’. It is difficult to know what to make of this section in light of the words which end it, seemingly influenced by the poet Wallace Stevens: ‘Knowing there is nothing of substance in our world may seem to rob that world of value. But this nothingness may be our most precious possession, since it opens to us the world that exists beyond ourselves.’

Knowing there is nothing opens us up to… that same nothing? One does not have to hold that hope is a virtue – for some indeed, one of the great theological virtues – to see this as perverse. The idea that in our lives we can make rational choices which fulfil our nature and allow us to flourish as the kind of beings we are helps us to understand that we can also make choices which gradually reduce who we are and move us towards emptiness and nothingness – evil choices, if you will. In the above passage, nothingness is embraced, being rejected, truth discarded. Rationality, order, goodness, logos – apparently we ‘know’ (and what does it mean to ‘know’ in this mindset?) they are ‘nothing of substance’. That Gray contradicts himself with every purposeful sentence he writes seems not to concern him (but what’s the use of concern anyway, on Gray’s view?).

And on it goes. Humans, Gray tells us, are really not so very different from other animals, except that they make myths (which of course requires small things like imagination, cognition, self-consciousness, language, the ability to makes choices…). But even this is too much for Gray, who approvingly refers to a scene in a JG Ballard novel where an observer sees things which ‘show the human organism sloughing off personality in a creative response to a life-changing event’.

Just when you think it can’t get any more inhuman or irrational, Gray unearths and approvingly cites another writer who tells us: ‘The truth is that there are no ultimate principles, upon which the whole of knowledge can be built once and forever as on a rock. But there are an infinity of analogues, which help us along, and give us a feeling of power over the chaos when we perceive them.’

It is very hard to make sense of statements such as these. What is an infinity of analogues supposed to be, or mean? And is giving us a ‘feeling of power over chaos’ something they can help with, if such help be desirable? Ultimate principles can help us to see why analogy is important in deepening understanding. They actually allow people to make intellectual progress, live in a real world and flourish and, one hopes, move towards ultimate fulfilment. In rejecting, as he must, this principle, Gray rejects not only ‘progress’ – whether in its bastardised or its more grounded form – but also logic, reality, personhood.

A major problem for Gray, in his reduction of humanity, is the fact of human language. It is undeniably ‘real’ – something Gray does not in any way deny – and saturated in the application of the intellect. One has to insist, through the use of language, that the reality of language is an intellectual tie with the outside and ordered world, a world in which we act purposively and meaningfully. Significantly, Gray, having gradually cast off everything of value, finally recommends that we imitate the ‘silence of animals’, seeing the world without cognition. Cognition is something that needs to be cast off (though Gray himself hasn’t got round to it yet!) and, having abandoned language, reason, being, we learn that we should live in moments.

There is really nothing more to say about this. Gray – who incidentally is a keen exponent of population control, along with the euthanasia and abortion that might help it along – has somehow arrived at a position far worse than those of the Panglossian progressives he attempts to challenge. But this should be no surprise. In the closing pages, he praises Robinson Jeffers, who described his own worldview as Inhumanism. In his turn, Jeffers praises Dionysianism as depicted in Euripides’ The Bacchae. Presumably Gray and Jeffers are undeterred by the warning of the results of Pentheus’ exposure to Dionysianism expressed by Agave, his mother. As she holds her son’s severed head in her hands, she says, ‘Twas Dionysus proved our ruin; now I see it all’.

Such warnings can have no effect on a person who can write, ‘Humans are the void looking at itself. It is a lovely image.’

Anthony McCarthy is a writer with a background in moral philosophy and medical ethics.

The Silence of Animals: On Progress and Other Modern Myths, by John Gray, is published by Allen Lane. (Buy this book from Amazon (UK)).)