Roy Keane's temper may have cost him, but it's what made him a legend. 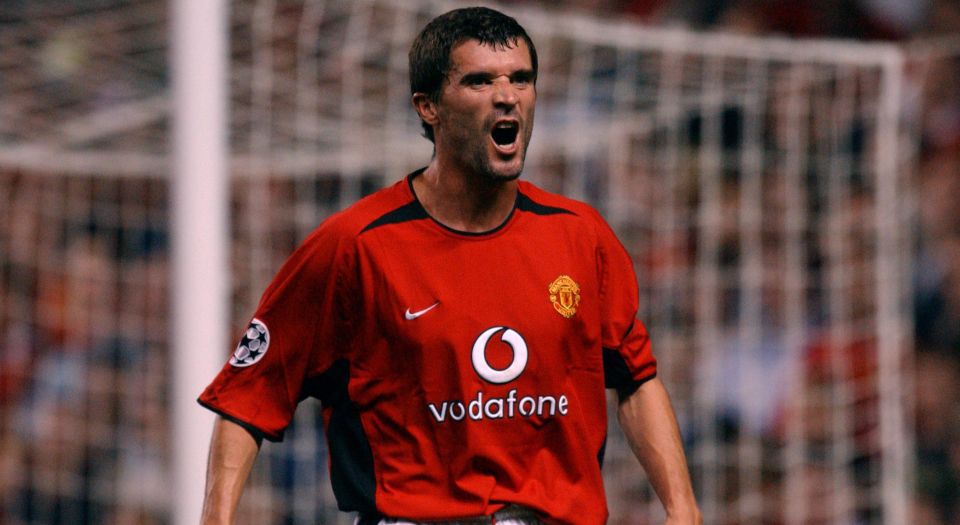 Roy Keane: The Second Half is out this week, and I, for one, can’t wait to get my hands on it. Love him or loathe him, his withering assessments of pretty much everyone in football are gloriously entertaining. As you can gather, I’m not a hater. I’ve always been a big fan of Keane, warts and all. It’s that curious combination of obsessive loner and an unquenchable desire to win that fascinates me. I reckon that, if you could cut Keane’s brain open and find out what makes him tick, it would be the sporting equivalent of discovering penicillin. We’d finally understand what makes a sporting winner.

As I said, Keano divides opinion. He’s the footballing Marmite. Revered in the red half of Manchester but despised pretty much everywhere else. I’ve never understood the antipathy towards him. Sure, he’s the type of adversary you’d hate to play against. But, by that same token, why wouldn’t any fan want a player like Keane in their team? He was far more than just a box-to-box midfielder. He was a leader. There are players who wear the captain’s armband and there are leaders. With or without the armband, Keane was the undisputed guv’nor on the pitch. Every football club needs a leader who can boss the midfield, intimidate opponents and drive his team forward. Keane’s finest hour was the Champions League semi-final in Turin in which the Irishman dragged his Manchester United team back into a game they were losing 2-0 and led them to victory.

What I love about Keane is his almost pathological desire to win. Is that what the British, with our plucky loser mindset, find so distasteful about him? Keane isn’t a gracious, affable sort of winner like Rafa Nadal. He’s grumpy and, well, a bit unhinged. He hates second best. He loathes complacency. He famously berated his Manchester United teammates for losing their hunger for success. ‘I have seen United players getting complacent, thinking they’ve done it all and getting carried away by a bit of success’, he complained. Keane is never satisfied with a winner’s medal around his neck. He just wants to keep on winning. He seems to enjoy the battle much more than the victory celebration.

Keane is a natural-born winner, but, like many sporting greats, he is also deeply flawed. His problem is that he detests mediocrity and seems to make enemies wherever he goes. He antagonises opponents and teammates in equal measure. In his new book, he reveals how he gave Peter Schmeichel a black eye in a booze-fuelled punch-up on a pre-season tour and, more damagingly, had a training ground bust-up with United’s assistant manager, Carlos Queiroz, which hastened his departure from Old Trafford. Keane’s propensity for alienating those on his own side knows no bounds. If you saw the ITV documentary Keane and Vieira: Best of Enemies you’d know what I mean. While the programme was ostensibly about the enmity between Keane and Vieira, it was obvious that both players had tremendous respect for each other. ‘It was an honour playing against you’, says Vieira gushingly at one point. They evidently recognised something of themselves in each other. In fact, what becomes abundantly clear is that the real object of Roy Keane’s ire isn’t Vieira but Sir Alex Ferguson. There’s something very Oedipal about his simmering resentment for his one-time mentor. He clearly feels very bitter about what he perceives as Fergie’s lack of loyalty. ‘In my opinion I don’t think he knows the meaning of the word’, says Keane. He even took umbrage when Ferguson paid him a compliment for having ‘covered every blade of grass’ in the semi-final against Juventus. ‘It’s like praising the postman for delivering letters’, said Keane. ‘What did he expect me to do? Give up?’

Keane’s mixture of obsessive perfectionism and brutal honesty is an explosive cocktail, and it has left a trail of devastation throughout his career. In his new memoir, he describes this as his ‘self-destruct button’. He is clearly aware of his own failings. ‘I know deep down that when I lose my rag, and I might be in the right – it doesn’t matter – I know I’m going to be the loser’, he admits. He famously fell out with Mick McCarthy in Saipan on the eve of the 2002 World Cup. ‘I didn’t rate you as a player, I don’t rate you as a manager, and I don’t rate you as a person. You’re a fucking wanker and you can stick your World Cup up your arse’, he told McCarthy. ‘The only reason I have any dealings with you is that somehow you are the manager of my country! You can stick it up your bollocks.’ It’s such a great rant, isn’t it? The problem is that it cost him his chance to captain his country it the World Cup finals.

There’s something rather poetic about Keane’s tirades; it’s what makes him such a watchable TV pundit. While other expert summarisers supply tactical insight, Keane specialises in eviscerating critiques. When Spain beat the Republic 4-0 at Euro 2012, Keane was irritated at the praise heaped on the Irish fans. ‘I think the players and even the supporters, they all have to change their mentality, it’s just nonsense from players speaking after the games about how great the supporters are’, fumed Keane. ‘Let’s not kid ourselves, we’re a small country, we’re up against it, but let’s not just go along for the sing-song every now and again.’

However, while Keane’s unwillingness to suffer fools gladly makes for brilliant TV punditry, it also explains why he hasn’t succeeded as a manager. His hatred of mediocrity doesn’t sit easily with good man management. There are times when the gaffer needs to put an arm round a player’s shoulder and build up his confidence. Keane’s default mode appears to be permanent fury. In his book he admits that, during his time at Ipswich, he was too hard on Damien Delaney and Colin Healy simply because both players were fellow Cork men. Go figure.

Time will tell, but maybe Roy Keane just wasn’t meant to make the transition from the pitch to the dug out. And, to be honest, I don’t want a mellow Keano who bites his lip and controls his rage. I love the intense, opinionated Mr Angry who skewers anyone who fails to live up to his exacting standards. There’s too much blandness in football. So, don’t curb the fury, Roy. Keep launching those Exocets.

Duleep Allirajah is spiked’s sports columnist. He will be speaking at the debate From Yid Army to Green Brigade: free speech for football fans? at the Battle of Ideas festival, held at the Barbican in London on 18-19 October. Get tickets here.