Why it’s really bad that Gove is gone

Good riddance to David Willetts, but Gove? His demotion is a loss to education. 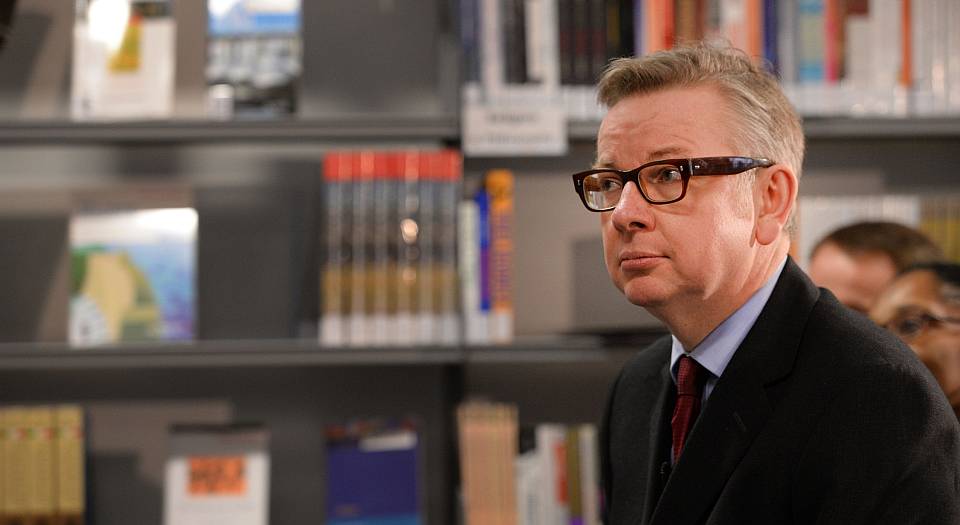 Following David Cameron’s Cabinet reshuffle yesterday, many teachers and education union leaders, together with their collective hangers-on, worked themselves up into a celebratory frenzy over the demotion of Michael Gove, the education secretary they so loved to hate. All of two minutes after the announcement of his departure #GoveGone was trending on Twitter, accompanied by increasingly competitive declarations of loathing for the man or expressions of jubilation at his demise. In contrast, the earlier news that the minister of state for universities and science, David Willetts, was also to be replaced was met with a far more muted reaction. Despite the fact that Willetts oversaw the introduction of the current tuition fees regime in English universities, there now appear to be very few who have a bad word to say about him.

Cameron’s aim of securing electoral success through surrounding himself with people who are easy on the eye and don’t upset the electorate meant both Gove and Willetts had to go. Many #GoveGone tweets expressed regret that his departure has come before the General Election – it is assumed that the Conservative Party could never win if he were still in the education post. This view was obviously shared by Cameron himself. Gove has never publicly expressed anything other than enthusiasm for his role as education secretary and an overwhelming desire to see the reforms he has put in place through to completion. Cameron’s ditching of a man who is, by all accounts, both his friend and colleague reveals more about Cameron’s lack of loyalty and principle than it does about Gove’s abilities as a Cabinet minister. Willetts’ crime, on the other hand, is presumably that of being insufficiently diverse for current tastes.

According to the narrative of those trying to fill column inches, the mixed reaction to the departure of both ministers reflects the way bullish, blundering Gove upset all those around him while the more measured and thoughtful Willetts garnered the begrudging respect of academics. It’s no doubt true that Gove’s conviction and determination led him into sometimes unnecessary confrontations. But in reality, the different responses to each man’s departure reflect the fact that Gove threatened the educational establishment in a way that Willetts simply never did.

From his very first day in his post, Gove battled against the group of union leaders, teacher-trainers, members of local education authorities and academics he unhelpfully labelled as ‘the blob’. He challenged the culture of low expectations that has built up in education. He tried to put an end to content-lite courses that demanded little of pupils and mired schools in league-table gaming rather than teaching a knowledge-based curriculum. Unlike many who preceded him, he was an education secretary who believed that schools should be about far more than responding to the immediate demands of social problems or promoting particular values, and that children today are capable of learning poetry and times tables, reading books (even long non-American ones) and understanding the chronology of history.

Unfortunately for some schools, Gove ended a system where cut-and-paste coursework counted towards final marks, modularised exams were taken early and taken often, and low-level vocational courses were deemed to be equivalent to academic exams for the purposes of league tables. For this, he should be applauded. It can be argued that Gove didn’t go far enough and that schools still place too much emphasis on teaching functional skills and emotional wellbeing rather than knowledge. Gove could certainly be bloody-minded and arrogant. Worse, he demonstrated an instrumental regard for league tables and school inspections, data monitoring and performance analysis that often belied his rhetoric about a love for knowledge. At times he clearly confused schooling and education, imposing, for example, petty bureaucratic diktats banning children’s term-time absences. He could rightly have been taken up over any of these things, but instead of engaging in debate, his many opponents turned him into a pantomime villain and made him the target of vicious personal attacks and infantile jokes.

In comparison, the cool response to the departure of Willetts shows that despite the fact that he oversaw an increase in tuition fees to £9,000, reinforced the status of students as consumers, and arguably miscalculated the cost to the government of higher levels of student loans, he never challenged the current consensus on higher education and only ever confirmed the existing prejudices of many of those who work in universities. Above all else, Willetts shared the dominant instrumentalism that pervades academia today. In speeches and interviews throughout his four years in post, he described a degree as an investment and claimed students should go to university in order to cash in on a future graduate premium. Symbolically, under Willetts, universities remained in the Department for Business, Innovation and Skills. Willetts is praised for championing students and teaching, but his inability to conceive of the purpose of university in anything other than the most crudely economic terms is apparent here, too. His view was that ‘ultimately universities have to provide [students] with up to £9,000 of education’. How this amount of education was to be measured and delivered to the student/customers he did not specify.

Whereas Willetts wins plaudits from commentators for suggesting that universities should give preferential treatment to students from disadvantaged backgrounds, Gove argued schools can make a difference and working-class pupils are capable of achieving good grades. Willetts is praised for his focus on social mobility, but again this just means he only understood higher education in terms of economic benefits and thought universities should lower their entry requirements so that more people could gain from this financial windfall; Gove, on the other hand, had a more liberal view of the importance of children knowing stuff. Willetts reportedly fought against tighter visa restrictions on international (revenue-generating) students but lost this Cabinet battle to home secretary Theresa May; Gove would perhaps have been less ready to relinquish ground. In the end, it was Willetts’ cowardice that meant he didn’t cause controversy. He introduced tuition fees but kept universities tightly under state control. A braver university minister might have set them free altogether.

Ultimately, Gove will be remembered and Willetts will not. In fact, the ‘lest we forget’ tweets are already circulating on the Twittersphere. Gove provided a much-needed challenge to the all-too-cosy world of education and won few friends as a result. Willetts, cowardly in the face of arguments, always ready for pragmatic compromise, and demonstrating a philistine view of education at every turn, challenged no one. Gove will be missed – the reforms he had begun to push through could have had a positive, transformative impact on education in this country, raising standards and aspirations. Perhaps university lecturers should hope for someone similar to shake up higher education.