The Beano was more rebellious than today’s gothic graphic novels, but the British Library’s Comics Unmasked ignores it. 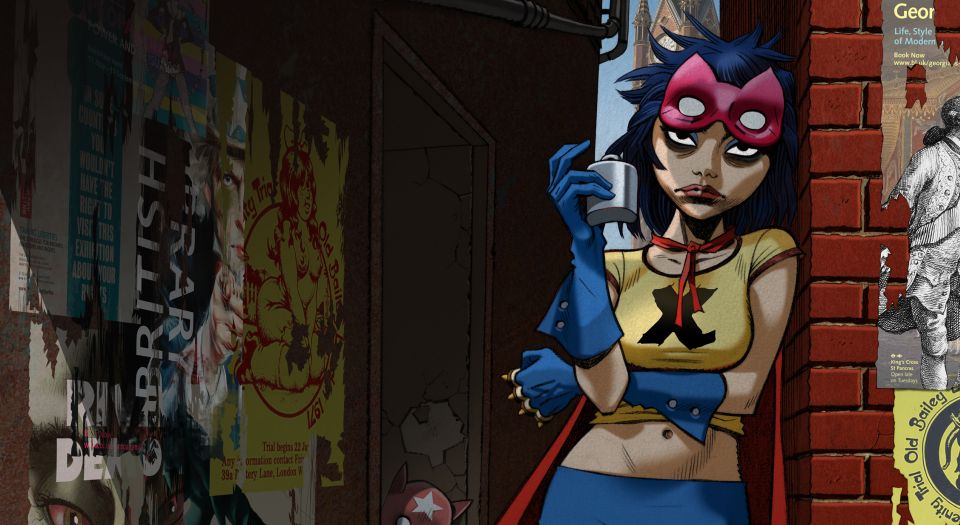 There is no denying that Alan Moore has had a big influence on visual culture and film in recent times. Comic-book artist Moore’s graphic novel, V for Vendetta, told the story of Guy Fawkes-masked revolutionaries that was reworked into a hit film and eventually became the motif of the anti-capitalist and Occupy movements. Moore’s From Hell and The League of Extraordinary Gentlemen both helped work up a London gothic, peopled with Jack the Ripper, Mr Punch, and other characters on the edge of myth – you can see its influence in the TV series Penny Dreadful and Ripper Street and in the steampunk sci-fi of China Mieville. His influential comic Watchmen, also made into a film, re-imagines US comic-book heroes as screwed-up Cold War warriors with sadistic impulses. Moore influenced other comic-book and fantasy writers, like Neil Gaiman, Mark Millar, Warren Ellis and Grant Morrison, and worked alongside the excellent Pat Mills on the satirical sci-fi comic, 2000AD (which gave us Judge Dredd).

Unfortunately, the curators of the exhibition Comics Unmasked at the British Library have been overwhelmed by the Gothic vision, at the expense of every other contribution to the medium. And as creative as Moore’s gothic is, it is still a lot less interesting than the material that has been left out of the exhibition. It is an aesthetic for adolescent boys who think that unhappy and twisted stuff is correspondingly profound, while comedy is trivial and facile. The truth is often the other way round, where horror and gore are really just sentimentality, prurient and moralistic at the same time, while comedy allows marvellous slippages of meaning that are much more intelligent. These are the fanatics who renamed the comic book a ‘graphic novel’ to make it sound more grown-up.

The commissioned poster for the exhibition is by Tank Girl creator Jamie Hewlett: a superheroine looks world weary, a bandage on her knee and mask lifted to reveal the bags under her eyes, while she sips on a hip flask; she has just beaten up a superhero, who lies prostrate on the floor (did he harass her?). It is the theme of the exhibition – that all heroes have feet of clay.

The gothic does encourage some flashes of imagination, but it is quite taxing to see yet another raddled prostitute eviscerated – in spattered ink, of course – for the entertainment of troubled adolescents. How much wittier to peer through the Desperate Dan-shaped hole that Desperate Dan leaves in a brick wall – right down to the buttons on his shirt. Where are those truly subversive characters, the Bash Street Kids? They’ve been elbowed aside by the showroom dummies (an unintended self-satire) in the Guy Fawkes masks that loiter in the shadows of the exhibition, threatening nothing. The blurb for the exhibition says it ‘explores the full anarchic range of the medium with works that challenge categorisation, preconceptions and the status quo’, but that is not really true.

Who are the real anarchists? Leo Baxendale, who first drew the Bash Street Kids, once told me he had been instructed that the naughty schoolkids were always to be punished at the end of the strip, so he handed in his first ever page with a riot at the school being suppressed by club-yielding riot police. His editor took the point and let Baxendale and the schoolkids run riot without reprimand. How much more joyful and subversive their pranking of the schoolmaster is than the scores of Alan Moore imitators dishing up another ‘nightmarish’ vision of overpowering elites and occult conspiracies.

If the London gothic is one stream of British comics, the other, and more refreshing, is the fabulous Viz, with its Millie Tant, Student Grant, Fat Slags, Modern Parents and the endlessly funny Roger’s Profanisaurus. Biffa Bacon does get a look in at the exhibition, the Geordie humour of Viz reduced to the one self-mocking Geordie stereotype as if it was just a regional peculiarity – but then you guess that Student Grant has since got a job writing Moore-style arthouse comics set in the Victorian sewers, while Millie Tant is curating exhibitions at the British Library. Viz really is subversive, but subversive of all the hipster prejudices of the Neil Gaiman fans. In ‘Black Bag’, a caricature of the Beano’s ‘Black Bob’, the Scottish Collie has been replaced by a floating bin bag – absurd fate supplants heroic pluck. But to show that would render all the miserable tortured souls in the rest of this exhibition ludicrous.

The Modern Parents worry about climate change, from Viz, but not in Comics Unmasked.

Far from revolutionary, the exhibition didactically sets forth the changing racial stereotypes over the years, from Gollywogs through to the Finkelfeffer family, but it culminates in a proper story, with a positive black lead character. It all comes across as a Soviet-style lecture in the misuse of caricatures, ‘showcasing works that uncompromisingly address politics, gender, violence, sexuality and altered states’. Then there are some pointedly didactic ‘anti-racist’ comics produced for the Anti-Nazi League, showing Seventies skinheads morphing into – say it isn’t so! – actual brown-shirted Nazis. One curious misplacing puts a torrid representation of ape-like Jap prison guards torturing their Tommy prisoners not under the rubric of racial stereotypes, but rather as an illustration of ‘raw, real-life storytelling’. There is a lot of supposed ‘real life’, including some prolonged feminist meditations on eating disorders that would no doubt be useful for child psychologists, but are not exactly a barrel of laughs. A ‘bittersweet’ retelling of the Suffragettes’ struggle ends with Mrs Pankhurst’s hobnobbing with Lloyd George, because all causes are betrayed.

The underground comics of the 1960s are represented here by some smudgy pages of the International Times, with Situationist-influenced comics of radicals organising a protest. There is a special section of smut in one corner here, a bit like your dad’s basement, but it is pretty tame. There are some interesting things, like the real notebooks of the Elizabethan mystic John Dee and the novels of Aleister Crowley, both sources for Moore.

The world of British comics outside of the Moore/Gaiman/2000AD tradition are really here as backdrops, precursors to the would-be profound turn to London gothic. So Ally Sloper is present in the form of a rather scary ventriloquist’s doll. The taciturn contrarian Andy Capp is here, but only to be convicted of domestic violence and nicotine addiction. The grammar school boy’s favourite, Dan Dare, is here, too, but only to support a latter-day reinterpretation. He always was a space-borne imperialist, anyway – so much more fun to be had with Alf Tupper and his Fish and Chip Supper, Little Nemo in Slumberland, or Tove Jansson’s Little My.

James Heartfield is author most recently of The European Union and the End of Politics, published by ZER0 Books. Visit his website here.