Toby Young vs The Blob

Young talks to spiked about his war on UK education’s child-centred orthodoxy. 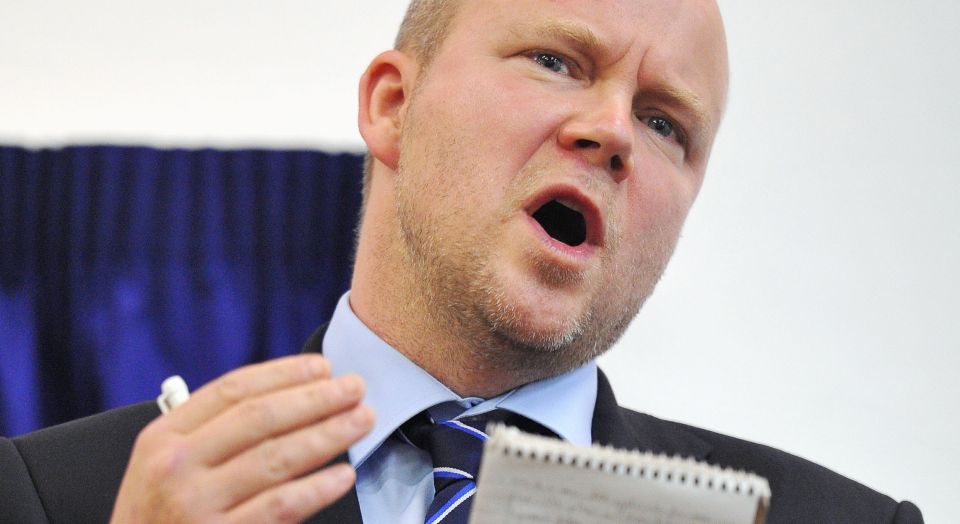 He’s the founder of the Modern Review, an associate editor at the Spectator, a blogger at the Telegraph, and a co-founder of the West London Free School. Toby Young has obviously not been held back in life for want of energy. At the moment, however, Young is busily promoting his provocatively titled booklet assessing the state of education, Prisoners of The Blob: Why most education experts are wrong about nearly everything.

When we meet to discuss what motivated the author of How to Lose Friends and Alienate People to turn his attention to the seemingly more mundane world of British schools, his passion for education shines through. Still, he’s aware of the challenge he faces in taking on the educational establishment. The war over education has periodically ‘raged for over 2,000 years’, he tells me. ‘In many ways it’s the most important conflict in the history of mankind.’

So what of this current educational battle with The Blob? ‘The Blob’ was first coined by William J Bennett, a Reagan-era US education secretary, but has since been taken up by UK education secretary Michael Gove as a collective noun for teachers, union leaders, teacher-trainers and other professionals who, as Young puts it, have ‘a vested interest in preserving the status quo’. Young insists that The Blob refers to ‘a particular ideological outlook’, ‘a progressive educational philosophy’ based around ideas like child-centred learning. ‘It is this ideology that is the enemy, not those who believe in it’, he says.

‘The views of The Blob spread like the Ebola virus’, Young continues, ‘but instead of killing its victims, it enhances their careers. It’s transmitted primarily through university education departments, and a consensus develops that becomes quite difficult for people to oppose.’ Although so-called progressive arguments for child-centred, topic-based education, and self-directed learning, can sound really modern and radical, Young explains that nearly all of The Blob’s ideas have been around for over 200 years and ‘can be traced back to the Romantic movement’.

Young’s main argument against The Blob centres around the place of subject knowledge in the school curriculum. Many who buy into a progressive educational outlook deride the teaching of knowledge as Gradgrind-style drilling, an old-fashioned exercise in getting children to commit information to memory that can be easily Googled and is really only useful for competing in pub quizzes. Young says that these arguments have ‘gained additional authority in the last half-century or so from the rise of postmodernism, and, in particular, from the belief that what we think of as knowledge, including scientific knowledge, is just one way of looking at the world, with no greater claim to being true than any other’.

‘There’s a flattery inherent in child-centred education which promotes a type of narcissism’, Young continues. ‘The purpose of good education should be to enable children to transcend the prison of the self. Teachers need to be able to show children that their opinions are just an accidental product of their circumstances. It’s only knowledge that can allow children to form views which transcend their circumstances.’ In Prisoners of The Blob, Young argues for formal teaching which is centred on recognised bodies of subject knowledge – ‘the best and most important work in both the sciences and humanities, what Daniel T Willingham calls “taken-for-granted knowledge”’.

Young’s book contains a substantial body of empirical evidence garnered from cognitive research and large-scale longitudinal interventions, primarily conducted in the US. This research suggests child-centred teaching methods simply do not work: ‘The consensus after three decades of research into the development of the human brain is that children cannot engage in critical thinking without having first memorised an array of facts relevant to the task in hand.’ This means that ‘contrasting the learning of facts with these higher-order skills is a false dichotomy; a child cannot develop the latter without having done the former. The idea that you can just jump straight to “analysis, argument and presentation” and skip the boring bit is at odds with our scientific knowledge of how the brain develops.’

I put it to Young that such scientific evidence may actually provide quite flimsy foundations for arguing against child-centred education. Surely the case for teaching knowledge would be best made through moral and intellectual arguments? Young nods: ‘There’s a degree of pragmatism about using cognitive and empirical arguments to support proposals for knowledge-based education. I’d still want to teach subject knowledge even if that evidence wasn’t there. We could, for example, look at the arguments AE Housman and Matthew Arnold made in support of classical liberal education. But arguing for knowledge-based education in this way requires the articulation of a convincing moral case, which, to me, lies primarily in the conception we have of the self and what it means to be fully human.’

‘This is a conversation that transcends the current obsession with social mobility. Even in its own terms, progressive teaching to bring about social mobility doesn’t work because the best foundations for social mobility are subject knowledge.’

For Young, the moral case for teaching subject knowledge hinges on its ability to transform the lives of children from disadvantaged backgrounds: ‘One of the great ironies of this debate is that nearly all the advocates of progressive education are on the left, yet the type of approach they recommend as “inclusive” and “equitable” has ended up entrenching poverty and preserving privilege. The reason for this is obvious: if children are learning very little at school, those from under-privileged homes are never going to be able to compete with those from more affluent backgrounds when it comes to securing places at top universities and footholds in lucrative careers.’

But, as Young explains, those on the left haven’t always opposed traditional liberal education. ‘Until relatively recently, the orthodoxy among left-wing intellectuals was that a traditional, knowledge-based education was an essential pre-requisite of social emancipation, rather than an obstacle. Indeed, the notion that ordinary children should be taught useful skills – a view now espoused by the British teaching unions – while only the privileged few should receive a traditional subject-based education was associated with conservatives rather than liberals – not least because they were worried that educating working-class children properly would threaten the status quo.’

Despite the enormity of doing battle with the educational establishment, Young remains upbeat: ‘We are perhaps seeing the beginnings of a tidal change. There are some new teachers now who don’t buy into this gobbledegook. There’s only so long an ideology which flies in the face of the growing weight of empirical evidence can be sustained.’ Ultimately, however, those of us championing the teaching of subject knowledge have arguments that are even more powerful than this empirical evidence. Young agrees: ‘No matter what progressive educationalists might come up with, we’ll always have our weapons: Shakespeare, Wordsworth, Plato. This is a war we will win; but it’s important we make sure it’s a conclusive victory.’ Speaking to Toby Young leaves you feeling like nothing is impossible.

You can download Prisoners of The Blob: Why most education experts are wrong about nearly everything, here.