‘Everything should be open to question’

Kindly Inquisitors author Jonathan Rauch on the importance of doubt. 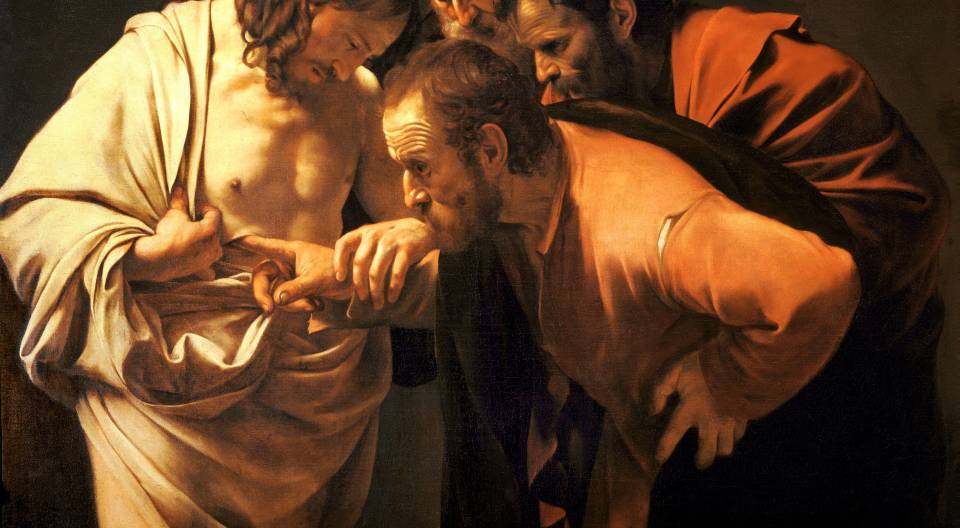 In the late 1980s and early 1990s, a new cultural and political climate seemed to be emerging in the West. It was dominated not, as one might have expected, by a confident liberalism, trumpeting its triumph over the Evil Empire in the East. No, what prevailed was a broad sense of cultural uncertainty, an anxiety as to what it was that liberal society valued, or what it was for.

One thing was certain: old liberal principles based around freedom of thought and speech seemed to be dying a death. In Europe and Australia, for instance, a raft of free-speech legislation was being introduced which prohibited views deemed damaging to minorities. So in Denmark, new laws proscribed ‘threatening, humiliating or degrading’ someone in public; in Australia, the parliament for New South Wales banned ‘public racial vilification’; and in France, revisionist questioning of the Holocaust was outlawed.

But more striking still was the response in the West to Ayatollah Khomeini’s fatwa against Salman Rushdie on the grounds that his novel The Satanic Verses was an insult to Islam. There was no confident assertion of Rushdie’s right to express himself how he saw fit, no vigorous defence of free speech. Instead, political and cultural elites in the US and Britain seemed cowed, their intellectual and moral resources found wanting. Rushdie certainly shouldn’t be killed for writing a book, went the crabbed reasoning, but neither should he have been so offensive. Rushdie was damned by faint support.

It was in the midst of this intellectual retreat from the principles of a liberal society that Jonathan Rauch penned The Kindly Inquisitors (1993). Pithy, forthright and principled, it was born from an acute diagnosis: ‘A very dangerous principle is now being established as a social right: Thou shalt not hurt others with words.’ Rauch wrote: ‘[The Rushdie affair] showed how readily Westerners could be backed away from a fundamental principle of intellectual liberalism, namely that there is nothing wrong with offending – hurting people’s feelings – in pursuit of truth.’ It is an observation that continues to ring true.

Indeed, speaking to Rauch today, it is clear he feels that what he calls the ‘humanitarian principle’ (one must not cause offence) persists. ‘It’s still out there’, he tells me. ‘It’s still prospering, and it’s going to be with us for a long time.’ Yet it becomes clear during the course of our conversation that the nature of the threat has shifted shape. ‘Over the past 20 years, the frontal theoretical assault on open inquiry and free debate has largely subsided’, he explains. ‘You just don’t see many people running around saying “words are like bullets” and “minorities should be exempted from hearing hurtful words”, at least not in the US. Instead, what you’ve seen is the bureaucratisation of speech codes and other rules – verbal harassment codes, for instance. In Europe, hate-speech laws, which are now fairly common.’

All of which makes the recent republication of The Kindly Inquisitors rather timely. As Rauch himself writes in the new afterword: ‘What I called in 1993 “the new attacks on free thought” are no longer as new. Two decades on, the regulation of speech deemed hateful or assaultive or harassing has spread internationally and dug in domestically.’

What lends The Kindly Inquisitors its force is the confrontation between Rauch and the polyvalent challenge posed to free speech and intellectual inquiry, one which at points asserts that all claims to knowledge ought to be accorded equal respect, and more often demands that offensive or hurtful speech be excommunicated. In the process of confronting the ‘attacks on free thought’, he is forced to wrestle with the critics, and, as a result, restate, indeed, re-argue, the hard, principled case for intellectual freedom. In many ways, The Kindly Inquisitors is itself proof of Rauch’s own thesis: the liberal intellectual system is the best way of sorting truth from falsehood because it continually subjects even the most conventional and accepted of positions to criticism. In this sense, the assault on freedom of speech was productive: it forced Rauch to make the case for freedom of speech, to test his position against the ideological barrage.

At the centre of Rauch’s defence of intellectual freedom is what he characterises as an Enlightenment notion of knowledge. In his telling, the emergence of modern philosophical scepticism, in the aftermath of the Reformation, may have called the authority of all absolute claims to knowledge into question. But, whether it was Michel de Montaigne, or later, David Hume, asserting that knowledge is always provisional, always open to question and never absolute, their arguments also carried within themselves what Rauch identifies as a ‘radical social principle’: that is, ‘the principle of public criticism’.

What Rauch argues, following The Kindly Inquisitors‘ heroes Karl Popper and Charles Sanders Pierce, is that for knowledge to advance, be it scientific or moral, no physical theorem, no line of moral reasoning, can be allowed to ossify unquestioned into the darkness of custom or passively received wisdom. Rather, scientific paradigms, moral worldviews and so on must always be open to question. This is not a private process. This is a social, public process in which people are free to put an argument or a principle, no matter how hallowed by the passing of time, to the test. Absolute certainty is the enemy here. What has to be challenged is the dead-eyed conviction that some things are beyond question, be it the belief that the Earth is the orbital centre of the universe or that black people are intellectually inferior.

To intellectual certainty, Rauch opposes doubt. ‘The Kindly Inquisitors is a social encomium to doubt’, he tells me. ‘By that I don’t expect people to go around being highly uncertain about their views. That’s just not human nature. Human nature is, no matter how often we’ve been wrong in the past, to assume that this time, goddammit we’re right. Some people are more dogmatic than others. But dogmatism is not necessarily a bad thing in individuals, so what The Kindly Inquisitors is about is institutionalising doubt.

‘You want to set up social institutions that accept that everything is open to question. Individuals don’t have to be open to doubt, but the system always should. It should always be checking and looking for mistakes. That’s institutionalised doubt, and it’s what liberal society fundamentally does. It looks for mistakes. It’s a constant, 24-hour, worldwide hunt for error. And all it asks of people is not that they be individually doubtful or squishy or moderate; all it asks is that they acknowledge the legitimacy of a social system that is based on doubt.’

Or, as the motto chosen by the Royal Society of London in 1660 put it, ‘Nullius in Verba‘ (On the word of no one).

This is why the right not to be offended is so dangerous; it threatens the process by which we, as a society, develop knowledge. As The Kindly Inquisitors puts it: ‘The truth is that liberal science [Rauch’s term for knowledge production] demands discipline as well as licence, and to those who reject or flout its rules, it can be cruel. It excludes and restricts as well as tolerates… It does not give a damn about your feelings and happily tramples them in the name of finding truth… Self-esteem, sensitivity, respect for others’ beliefs, renunciation of prejudice are all good as far as they go. But as primary social goals, they are incompatible with the peaceful and productive advancement of human knowledge. To advance knowledge, we must all sometimes suffer. Worse than that, we must inflict suffering on others.’

In other words, the development of knowledge is tough on people. It is tough on our most sincerely held beliefs. And it is tough on our feelings. Yet it is only in the course of public confrontation that something approaching the truth can emerge, even if it must always be provisional, always only as good as its rebuttal. ‘It is not good to offend people’, Rauch writes, ‘but it is necessary. A no-offence society is a no-knowledge society.’ After all, as HL Mencken observed, ‘All the durable truths that have come into the world within historical times have been opposed as bitterly as if they were so many waves of smallpox’.

If Rauch’s Popper-inspired view of knowledge production sounds harsh, it’s meant to. ‘This is not a nice system’, he tells me. ‘It doesn’t require people to change their minds if they’re wrong, but if their views don’t hold up for some reason, they’re going to be sidelined. A lot of what The Kindly Inquisitors is about is restoring the discipline side of the equation, both at the individual level, which is to put up with sometimes critical, sometimes extremely hateful and certainly obnoxious speech. And the moral obligation to be thick-skinned. And at the social level, the obligation to let science proceed to do what it does, and not interfere with the process of sorting, as tough as it often is.’

Indeed it is tough. As Rauch himself notes, physicist Ludvig Bolzmann became so depressed following the criticisms of FW Ostwald and Ernst Mach that he took his own life.

But such an individual tragedy does not demand the restriction of the grand, open, society-wide debate; rather, it demands a certain resolution on the part of individual combatants. And this is the point at which Rauch makes the case for offensive and hateful speech. One person’s hate speech is another’s sincerely held belief – it’s better to have the argument out, therefore, than let one side fester in enforced silence. In a startling passage, Rauch writes: ‘It is a positive good to have among us some racists and anti-Semites, some Christian-haters and some rabid fundamentalists. An enlightened, and efficient, intellectual regime lets a million prejudices bloom, including hateful ones. It avoids any attempt to stamp out prejudice, because stamping out prejudice inevitably means making everybody share the same prejudices, and thus killing science. Rather, it pits people’s prejudices against each other. Then sits back and watches knowledge evolve.’

Today, such a forthright defence of free speech for those with whom one violently and passionately disagrees is rare – especially when it’s made by someone who, like Rauch, has a background in campaigning for minority (in his case gay) rights, and has therefore experienced a fair bit of hate speech (and legislation) down the years. I ask him if, 20 years on, he’s still willing to let a million prejudices bloom. ‘Absolutely’, he says. ‘I believe hate speech is a great resource for minorities. It motivates us.’

As Rauch puts it in his new afterword: ‘Here is a reply to advocates of hate-speech regulation who wonder if, today, it really serves any purpose to let people go around touting the Protocols of the Elders of Zion or distributing apps that make you straight. The answer is yes, it does. We cannot fight hate and fraud without seeing them and debunking them.’

Kindly Inquisitors: The New Attacks on Free Thought, by Jonathan Rauch, is published by University of Chicago Press. (Buy this book from Amazon(USA).)