The Snowden Files: a case study in hypocrisy 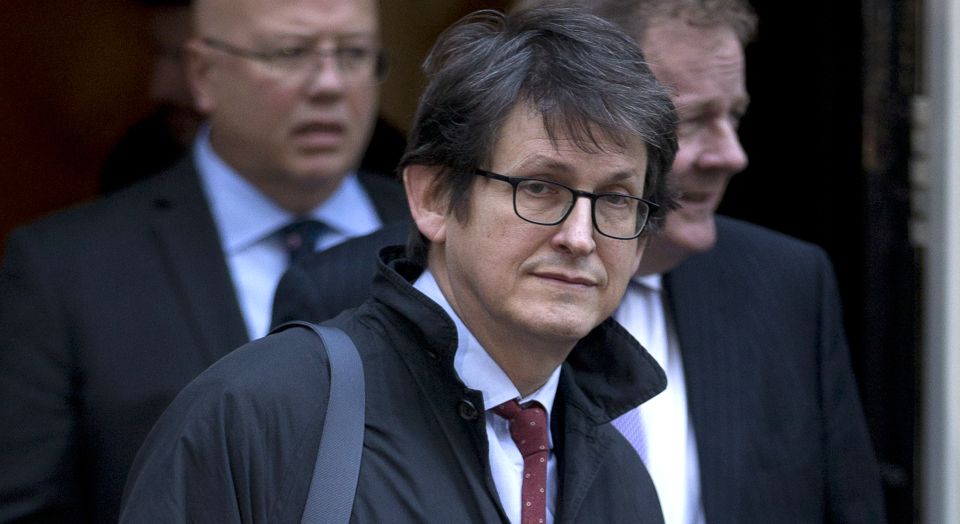 For the Guardian, defected NSA contractor and whistleblower Edward Snowden came along at exactly the right time.

In June 2013, he greeted a trio of journalists – the Guardian’s then-US columnist Glenn Greenwald, long-serving Guardian reporter Ewan McAskill and filmmaker Lauren Poitras – in a Hong Kong hotel and unleashed on them what was to be the biggest intelligence leak in history, and the Guardian’s biggest ever scoop. Snowden’s leaked files detailed the collusion between the NSA, GCHQ and half of Silicon Valley in their attempt to intercept, collect and store almost all of the world’s communications. In the name of protecting the West from foreign threats post-9/11, intelligence agencies had constructed, in Snowden’s words, a digital ‘panopticon’.

The Guardian, having dispensed with its erstwhile political posterboy Julian Assange after he made uncompromising demands and his alleged sex crimes muddied the waters, was in search of a new face, a new personality around which to orient its political-moral compass. In these cynical times, when politicians are perceived as inherently venal, crass and conspiring, the liberal-left’s heroes are the hackers, the leakers, the whistleblowers. They are the givers of truth, those who shine a light on the dark corners of the system, activists and political figures who float saint-like above the grubbiness of modern-day politics. Snowden, appearing like Moses with the word of truth etched on his thumb-drives and laptops, proved the perfect new prophet for the Guardian and others in the wayward, cynical and politically estranged West.

Now, eight months after the initial leak, with Snowden in exile in Russia, Guardian foreign correspondent Luke Harding has penned an account of Snowden’s exploits and the political/journalistic fallout that followed. The Snowden Files, like the book on Assange Harding co-wrote in 2011, is ostensibly a holy text for the church of Snowden – this time with a touch of John Le Carre.

Indeed, for any cosmopolitan lefty looking for a good spy-thriller, The Snowden Files has it all. In the opening chapters Harding relays Snowden’s story as a kind of MacBook-generation Boy’s Own adventure. He’s painted as a scrawny computer nerd from North Carolina who saw into the heart of a tyrannical system and risked life and limb to bring it to light. At their rendezvous, Snowden told Greenwald and Poitras to look out for a guy holding a Rubik’s cube, before confirming each other’s identity’s with the arch wink-nod exchange – Greenwald, as instructed, asking ‘What time does the restaurant open?’, Snowden drily replying: ‘At noon. But don’t go there, the food sucks.’

However, as the book wears on it becomes clear Snowden is really a supporting player in this narrative. The real protagonist at the heart of this thriller is none other than the Guardian itself. Each Guardian employee involved in the story is described in terms both grandiose and risible: Greenwald is a ‘radical hero in the revolutionary tradition of Thomas Paine’; Mackaskill is ’one of the straight guys’ among his scurrilous Fleet Street colleagues. But stranger still, the Guardian itself is personified throughout. It is presented as the embodiment of all the efforts of its plucky hacks to flout the edicts and the shady behaviour of officialdom to publish the Snowden leaks. ‘[The Snowden affair] pitted a famous newspaper, its global website and a few media allies against some of the most powerful people on the planet’, Harding writes, in the mode of a Hollywood-trailer narrator.

Unsurprisingly, reading page after page of the Guardian getting off on itself quickly wears thin. Not least in the number of pages devoted to the paper’s mop-topped editor-in-chief, Alan Rusbridger. Harding tries his best to present him as a steely, rabble-rousing newspaperman, but he just ends up coming off as an aloof luvvie. Rusbridger even takes time out in the midst of the Snowden leaks to head to a piano summer camp in the south of France before enjoying a romantic rowing holiday with Henry Porter, a columnist on the Guardian’s sister title, the Observer. At times you start to wonder if The Snowden Files is wilful self-parody, so much does it play up to kale-munching Guardianista stereotypes. Private Eye should serialise it.

Still, what most sticks in the craw is when Harding tries to paint the paper as a hero of publish-and-be-damned press freedom. Much of this part revolves around what took place two months after Snowden’s initial leak, when two uncouth GCHQ bods came down to the Guardian’s offices and oversaw the smashing of all of the hard copies of Snowden’s documents. Harding paints this as ‘a particularly surreal episode in the history of Western journalism and its battles against the state’, and cheers his employer’s ‘finger-in-the-eye chutzpah’ for publishing the leaks despite the efforts of the intelligence agencies to snuff out the story.

In fact, Rusbridger, clearly taken with his newfound status as free-press martyr, signs off his preface to the book calling for a UK equivalent of the American Constitution’s First Amendment so as to protect the press from the sort of crackdowns he and his paper experienced. Throughout the book, Harding muses about the constant threat of arrest for Rusbridger and his staff. Meanwhile, in a recent article in the Guardian, Harding spun his own paranoid theories about the NSA deleting parts of his manuscript and jamming his mobile phone. Yet the Guardian’s role in breaking the phone-hacking scandal at the News of the World, helping set in motion the Leveson Inquiry and raising the spectre of statutory regulation of the British press for the first time in hundreds of years, is actually underlined in the book as one of Rusbridger’s crowning achievements.

The fact that today Rusbridger is free to go on his little rowing holidays without fear of having his collar felt, while tabloid hacks languish on bail for phone-hacking charges, their houses raided and their lives ruined, gives the lie to the Guardian’ self-professed victimisation. In the ongoing story about the fight for press freedom in Britain, the Guardian is hardly the hero.