Harman and pals are discovering the cost of putting the past on trial. 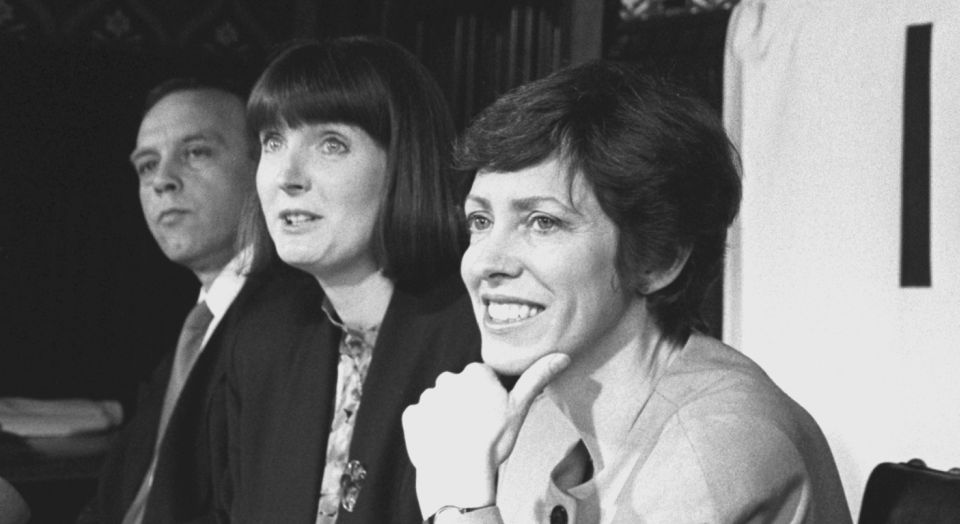 It is perhaps understandable to see those with Tory-ish sympathies enjoying the post-Savile problems of Labour Party deputy leader Harriet Harman, MP Jack Dromey, and ex-health secretary Patricia Hewitt – a trio currently fending off accusations that during the 1970s they were a little too close to a group lovingly called the Paedophile Information Exchange (PIE). After all, those of a left-ish, Labour-supporting hue have been long intimating, and in the case of the late Lord McAlpine alleging outright, that senior Tories might have been involved in an (in fact unproven) conspiracy to abuse children at some point from the 1970s onwards. And yet, as it turns out, senior Labour figures seem to be just as tainted with the proverbial red stuff. As one Daily Mail columnist feels the need to let these Labour lags know: ‘It has never been acceptable to molest and sexually abuse children – whether or not paedophiles and their friends have convinced themselves the poor children consented.’

The right’s sense of Schadenfreude can certainly draw on deep reserves of irritation. Back in October 2012, with the Savile scandal dominating public life, Harman herself was at the forefront of the calls for some sort of wide-ranging public inquiry into the existence of endemic child abuse. Having told parliament that the so-called culture of abuse spread far beyond the BBC, she then declared on BBC Radio 4’s Today programme that ‘if ever there was something that needs an independent inquiry, [it is] serious sexual offences against many, many children across a range of institutions. If that’s what an independent inquiry is not for, I don’t know what is.’

Labour-supporting commentators joined in this allegation-as-fact spreading. One thoughtlessly resurrected the dark tale of the Bryn Estyn care home in north Wales, telling Independent readers that this was little more than a ‘rape factory’ in which countless young boys were systematically ‘buggered’ (a tale rigorously dismantled by Richard Webster in The Secret of Bryn Estyn: The Making of a Modern Witch Hunt). Elsewhere, crime writer Val McDermid indicated in the Daily Record that alongside Savile and Cyril Smith, the Lib Dem MP posthumously accused of raping young boys, there ‘was a prominent Conservative politician whose name I can’t mention because he is still alive. The establishment has got a long track record of protecting their own but I think that when he dies, everybody will open up the same as has happened with Savile and Smith.’ Others flitted from the particular rumours to what these surely hinted at, that is, ‘an environment of abuse [that] flourished in plain sight’ during the Seventies and early Eighties.

And then of course there was Labour MP Tom Watson, the man responsible for prompting an on-going police investigation – Operation Fernbridge – into child abuse potentially involving politicians. During Prime Minister’s Questions in October 2012, he demanded that the police investigate the ‘clear intelligence‘ of ‘a powerful paedophile network linked to parliament and Number 10’. Later that month, he warned of a continued cover-up that would guarantee that ‘many sickening crimes will remain uninvestigated and some of the most despicable paedophiles will remain protected by the establishment that has shielded them for 30 years’. Given the long-standing rumours – see this edition of the now defunct Scallywag magazine here – there seemed little doubt that this establishment conspiracy was Tory at its dark heart.

But there was always going to be a problem with this determination to root out past wrongs, this contemporary eagerness to fight 1970s evil. Of course, it no doubt felt wonderfully righteous for the likes of Harman to talk of doing battle with the ‘culture of abuse’, and to talk grandly of confronting the ‘environment of abuse’ that allowed Savile to flourish. And it certainly made this particular brand of history-bestriding crusader feel especially brave to talk of an establishment cover-up, as if they were they were starring in their very own version of The Parallax View.

But there was always a problem with what amounted to putting the past on trial. That is, viewing a whole era in terms of sexual abuse, seeing all aspects of people’s behaviour ‘back then’ as signs of something dark, possibly child abusing, lurking below the surface, meant that everything and everyone would become tainted. Which is precisely what has now happened with Harman, Hewitt and Dromey.

Back in the 1970s, all three were involved to varying degrees with the National Council for Civil Liberties (NCCL), the precursor to Liberty. Hewitt was general secretary between 1974 and 1982, Harman was legal officer between 1978 and 1982, and Dromey was involved during the same period. The NCCL, as it name suggests, campaigned for civil liberties, which sounds right-on rather than a bit wrong. But the problem for Hewitt and pals was that this was, well, the 1970s. Sexual liberation was to the fore, and standing up for the individual’s freedom to have sex with who they chose to was considered a worthy, liberal objective, especially when it came at the cost of the traditional nexus of oppression – the nuclear family.

Which is probably how NCCL came to form an alliance with PIE, a campaign group for the rights of paedophiles which doubled up as a clandestine nationwide meet-up for its odd members. Its ultimate objectives were certainly extreme – making paedophilia acceptable. But the climate in which it existed meant the areas its arguments occupied – age of consent or images of children for instance – seemed grey rather than as they do now: black and white. Although the 1960s was burning itself out by the time the Hewitt-run NCCL was making its arguments, this was still an era of moral experimentation. And the NCCL was, in its own peculiar way, part of that moment.

Still, the Daily Mail has been feasting on the NCCL archives as if they were full of material from last week: ‘Miss Hewitt described PIE in glowing terms as “a campaigning/counselling group for adults attracted to children”; the NCCL lobbied parliament for the age of sexual consent to be cut to 10 – if the child consented and “understood the nature of the act”; it called for incest to be legalised in what one MP dubbed a “Lolita’s charter”; the NCCL claimed research shows young paedophile victims are often “consenting or even the initiators of the sexual acts involved”; it filed a submission to parliament claiming that childhood sexual experiences, willingly engaged in, with an adult, result in no identifiable damage; Harman, as NCCL legal officer, tried to water down child pornography laws; NCCL lawyers acted for a PIE member who was quizzed by police over appalling behaviour.’

There is much to object to about the NCCL’s positions in the late Seventies. But infused with the spirit of the time, as misdirected as it may have been, the NCCL’s arguments about lowering the age of consent, or when a picture becomes ‘indecent’, were all legitimate issues for public debate. In the social and political context of the late Seventies, it is arguable that they made a certain sense. And that’s where Harman, Hewitt and Dromey run into trouble. Because it’s not just alleged crimes by specific individuals on trial in today’s Operation Yewtree-dominated climate; it is also the alleged crimes of a whole era, indeed, a whole abuse-justifying social and political context. Hewitt, Harman and Dromey are guilty by association with a period of history.

So, yes, the gloating over Labour old (dirty) hands’ involvement with the creepy weirdos from PIE (many of whom are either dead or in prison) is understandable – the posturing post-Savile by the likes of Harman was irritating. But what those on the nominal right don’t seem to grasp is that they’re merely playing the same decadent game. That is, they’ve transformed an era in which politics, society, values and mores were different into a site of evil. This serves a function, of course. In morally groundless times, the transformation of a discrete era into a source of corruption allows politicians and pundits to orient themselves. That is, by attacking the past, by effectively demonising the ‘way we did things back then’, they can present ‘the way we are trying to do things now’ as in some ways morally superior. There are no good old days any more, just bad old days – a case not of golden ageism, but tainted ageism. This is a crusade all right, but it’s not for something; it’s against something. It is the affirmation of the present at the expense of the past and, as many people have found out, all who lived through it.

Ironically, the presentation of the 1960s in particular as a source of moral decomposition which we need to put right used to be the argument of choice for the conservative right. Now it seems that politicians and commentators of all hues have decided to use the era in this way. This is not progress.