Plebgate: the crumbling of the establishment

The Tory party, the party of Robert Peel, is now at war with the police. 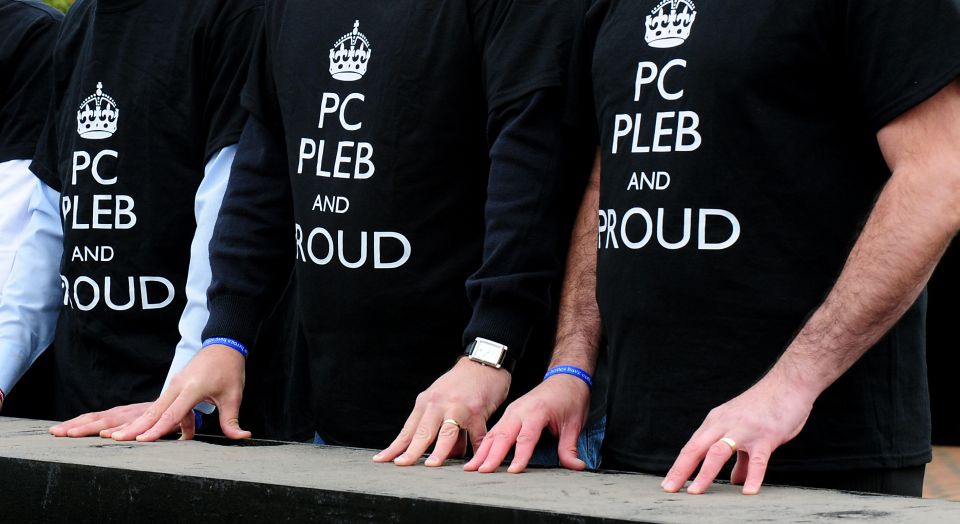 Andrew Mitchell, the ex-government chief whip forced to resign after allegedly calling PC Toby Rowland ‘a pleb’ in September 2012, is not backing down. He’s still fighting his corner, still insisting that while his mouth was potty, it wasn’t posh. ‘I did not use that word with that man’, he insists, his gang of Tory supporters cheering in the background. As well they might. Last week, another policeman who had pretended to be a civilian witness, Keith Wallis, was given a 12-month custodial sentence for lying about hearing Mitchell use the dreaded P-word. And Metropolitan Police chief, Sir Bernard Hogan-Howe, who gave ‘100 per cent’ backing to his officers at the time of the incident outside Downing Street, turned up at the House of Commons last week to apologise to Mitchell.

The police, in the form of their de facto trade union, the Police Federation, are not backing down, either. The Independent Police Complaints Commission may have condemned the officers for turning an ‘inaudible altercation lasting less than a minute into a national scandal’, but the police are not having any of it. The federation is not only willing to challenge the IPCC’s decision to reopen the investigation into what Mitchell said in a later meeting with local Police Fed representatives – it is also funding PC Rowland’s libel action against Mitchell, who, in their view, is effectively accusing Rowland of making stuff up.

This increasingly intractable, fractious conflict between the police and an ex-government minister is not that surprising, given its ostensible source: an argument about government cuts to police funding. Indeed, throughout the whole absurd Plebgate affair, the Police Federation has seemingly been determined to use Mitchell’s alleged outburst to wage what looks like a battle with the Tory-led coalition government, painting them as posh and aloof. As the federation chief put it back in September 2012, ‘[Mitchell calling an officer a pleb] just emphasises what we have felt for some time, that there is an inbuilt dislike of the police service in general’. During the Tory party conference in October 2012, federation officers even paraded around outside the Blackpool venue sporting t-shirts with ‘PC Pleb’ emblazoned on the front.

At points, as details emerge of what the IPCC describes as ‘clear collusion between certain officers to, as they saw it, blow the whistle on bad behaviour toward one of their own’, Plebgate starts to appear as the concocted means to a Tory-bashing end. Indeed, anti-Tory, anti-government sentiment among the police had been evident well before Mitchell decided to exchange unpleasantries at the Downing Street gates. At the beginning of 2012, for instance, 30,000 police went on a march to complain about government funding cuts and reforms to pay and conditions, waving placards with student-like phrasing such as ‘Don’t ConDem policing’ or ‘Enough is Enough’. Later that year, the home secretary, Theresa May, was heckled by the rank and file as she attempted to defend the cuts and reforms at a Police Federation conference. And then, in the aftermath of the fatal shootings of two female police officers in Manchester, one officer was moved to note that politicians’ condolences sounded ‘hollow’ given the government’s spending cuts.

What’s remarkable about all this is not the strange way a quasi-industrial dispute between employees and paymasters has manifested itself in the form of dodgy allegations featuring a Latinate put-down. No, what’s remarkable is the very fact that the police are in conflict with the Conservative Party. The Conservatives have historically been the party of law and order, the party above all others determined to conserve the status quo. And the police constituted the arm of the state best suited to realising such aims. Nineteenth-century Tory prime minister Robert Peel not only founded the Metropolitan Police – they were nicknamed after him, too.

Recent history continues to demonstrate how reliant Tory governments have been on the police. When she became prime minister in 1979, Tory leader Margaret Thatcher gave the police a 45 per cent pay rise, stating ‘We must have a strong and experienced police force’. During the 1980s the police more than justified Thatcher’s investment. They were pitched into political battles across the country, fighting black people in Brixton, breaking and brutalising the miners during the strike of 1984-85, and confining football fans to their ‘slum stadiums’. Yes, during the fag-end of John Major’s Tory administration in the early- to mid-1990s, the police were increasingly at loggerheads with Major’s more parsimonious regime, but the two were still ideologically stuck together like the proverbial horse and carriage.

And yet today, the police and the Tory Party, these two pillars of the British establishment, are wrenching themselves apart before our eyes. That age-old political-legal edifice, one in which the police drew their authority from Tory political purpose, is crumbling. The Tories’ problems as a political party, coping with an ageing, dwindling support and rapidly receding social roots, has left it unclear as to what it is for anymore. And without that certainty, without that traditional purpose, the police no longer appear as the investment-heavy necessity they did to Thatcher. The result is a discombobulated state at war with itself. Its constituent parts no longer hang together; they fight, and they bicker, and, as it stands, they try to take each other to court.

But even more striking than the sight of Bobby Peel’s party at war with actual Bobbies, is the fact that barely anyone has noticed it is happening. In fact, while the old establishment collapses, while the police continue to fight their historical allies, too many observers seem blinded by dystopian nostalgia. For this odd breed of the left and liberal, the police force has supposedly been emboldened by the election of a largely Tory government. The police are now ‘cracking heads with impunity‘, according to one campaigning columnist; they are ‘Thatcherite scum’, reckons one radical blogger; and, as quoted in the London Review of Books, Prime Minister David Cameron is encouraging his ‘boys in blue to commit blue murder’.