Seventy-five years on, CLR James’s opus is as vital as ever. 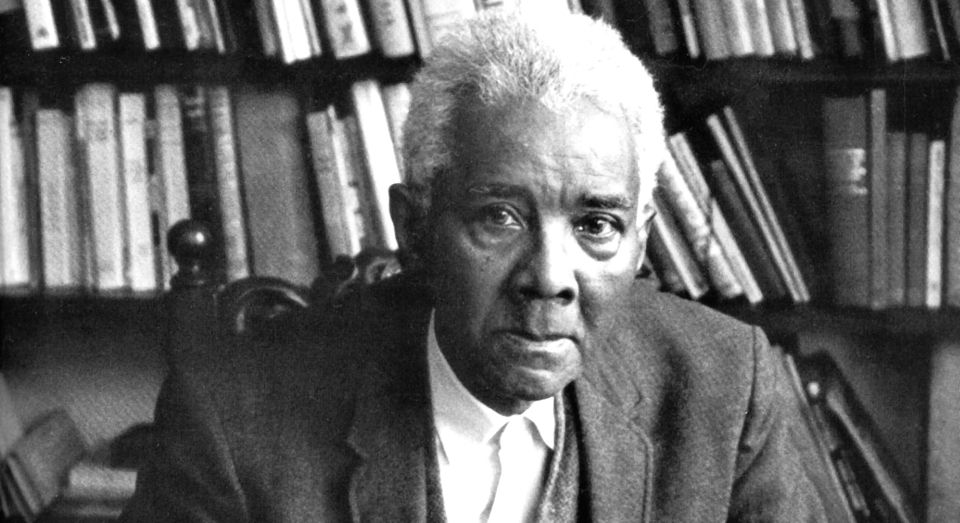 In the midst of the anti-colonial struggles of the mid-twentieth century, the Martinican poet Aimé Césaire observed that ‘le problème colonial‘ had first been posed 150 years earlier in the Haitian Revolution of 1791 to 1804. The Haitian Revolution, the second successful anti-colonial movement (following the US war of independence), was a long and desperate battle for freedom which resulted in the independent state of Haiti; and the ‘only successful slave revolt in history’, as CLR James notes in the sub-title of his 1934 play, Toussaint L’Ouverture.

It was in CLR James’ classic history of the revolution, The Black Jacobins: Toussaint L’Ouverture and the San Domingo Revolution – first published 75 years ago – that James was able to convey the complex interwoven ideas, players and events of the period. While most historical investigations are usurped as new archival research becomes available, it is to James’ great credit that his study is not only still in print, but continues to be viewed by many as the pre-eminent account of the uprising.

Yet, written with one eye on stirrings of discontent in colonial Africa at the time, The Black Jacobins can also be read as a blueprint for how to create a successful revolution. James shows that by taking the ideals of the French Revolution to their logical conclusion, the Haitian slaves, under the inspiring leadership of Toussaint L’Ouverture, had grasped the moment. They had freed themselves from servitude and, in the process, had propelled civilisation forward, opening up new possibilities for all mankind.

Born in Trinidad in 1901, Cyril Lionel Robert James came to the UK in 1932 to establish himself as a successful literary author. It was not long, however, before his interest was roused by radical left-wing politics. By the mid-Thirties, he was heavily involved in Trotskyist groups and, with pan-Africanist George Padmore, had helped form the International African Services Bureau, a proto-anti-colonial organisation, which included as its members future independence leaders Jomo Kenyatta and Eric Williams.

From his time in Trinidad, he had wanted to write a history of the Haitian Revolution; he had started ordering books from France as soon as he arrived in Britain and, with the support of a friend, he was able to spend long periods researching at the Archives nationales in Paris. By 1934, he had completed his script for the play, Toussaint L’Ouverture: The Only Successful Slave Revolt in History, which was performed in London in 1936 with Paul Robeson in the lead role.

In autumn 1938, in the shadow of growing imperial tensions that would soon lead to the outbreak of the Second World War, James’ magnum opus, The Black Jacobins was published. It was a blast of fresh air. Prior to this, very few attempts had been made to give the Haitian blacks any agency in their own emancipation. Even today, the prevailing narrative is one in which slavery was abolished by liberal white do-gooders such as William Wilberforce. The Black Jacobins puts paid to this notion; James adeptly demonstrates the cold economic forces that moved the establishment to take the moral high ground – ‘with the tears rolling down their cheeks for the poor suffering blacks, those British bourgeois who had no West Indian interests set up a great howl for the abolition of the slave-trade’. Even in revolutionary France in 1792, the Jacobin Robespierre could not bear to hear the word ‘slavery’ uttered, preferring to use the anodyne ‘non-free’. As James makes clear: the liberty of the slaves was not going to be benevolently offered to them.

‘Great men make history’, writes James, ‘but only such history as it is possible for them to make’. The Haitians freed themselves, yet it was the French Revolution that made this possible. Its propertied leaders were no friends of the slaves, but once they proclaimed that every man was born free and equal in the Déclaration des droits de l’homme et du citoyen, there was no going back. The ideals of the French Revolution became the banner under which the rebels fought. Here, James reveals the fluidity of history: nothing is fixed. Men who just years earlier were enslaved without a realistic thought of freedom, were suddenly, under the right conditions, able to seize the opportunity and grasp at something previously beyond their horizons.

James delves into the huge economic success of the colony of San Domingo, where competing colonial interests from France, Spain, Britain and America allowed the leaders of the rebellion to take advantage of the weakened position of the French colonial elites. Indeed, the book expertly unravels the complexity and interests of the competing groups that played a role in the uprisings: in San Domingo, the slaves, free blacks, mixed-race mulattoes, slave owners and the ‘small white’ commercial class; in France, the maritime bourgeoisie, royalists and the competing Jacobin revolutionaries – the moderate Girondins and the more left-wing supporters of Robespierre, and, later, Napoleon and his generals. James shows that without the notions of ‘Liberty, Equality, Fraternity’, without the economic forces at play, without the intrigue, diplomacy and developing relations between the various groups, the revolution would not have been possible. These forces and their corresponding ideas gave rise to a ‘superbly gifted’ black leader, someone who ‘incarnated the determination of his people never, never to be slaves again’.

At the heart of The Black Jacobins is the leader of the slaves, Toussaint L’Ouverture, a man who used to be a slave himself. The Black Jacobins is in many respects a book about L’Ouverture’s leadership, about how he triumphantly carried the masses with him, and then catastrophically lost them. His narrative arc is deftly revealed by James, a writer whose prose matches that of the greatest tragedians.

L’Ouverture, we are shown, is the embodiment of the ideals of the French Revolution, one of the great universalists of history who ‘saw European civilization as a valuable and necessary thing’, with the caveat that ‘he never had the illusion that [European civilisation] conferred any moral superiority’. But although he fought for the emancipation of the slaves, he tied his fortune to France – ‘[L’Ouverture] could not admit to himself and to his people that it was easier to find decency, gratitude, justice and humanity in a cage of starving tigers than in the councils of imperialism’.

While L’Ouverture is captured by Napoleon and dies pitifully imprisoned, his deputy Dessalines goes on to lead Haiti to independence. James gives a stinging critique of L’Ouverture’s hamartia (his tragic flaw): that is, he isolated himself by carrying out his diplomatic intrigue in secret, not revealing his every step to his people. It is a theme that reveals itself in much of James’ writing over the years, from his description of Trotsky’s exile from the politburo to the Ghanaian independence leader Kwame Nkrumah’s fall from power. It is a theme that continues to resonate, as today’s elites isolate themselves further and further from their populations.

Despite The Black Jacobins‘ uncensored depiction of the shocking barbarity of slavery, and the sad end of the Haitian Revolution’s inspiring leader, James’s masterpiece remains a glorious celebration of human subjectivity and a testament to the universal power of the Enlightenment ideals of freedom and equality.

Rob Harris is the project coordinator for the education charity WORLDwrite’s new multimedia project, Every Cook Can Govern: Documenting the life, impact and works of CLR James. The two-year project will officially launch on Saturday 23 November in the Long Room of the historic pavilion at the Kia Oval Cricket Ground, London with a debate titled ‘Should CLR James be fodder for a new twenty-first century canon?’. For tickets, please visit the event webpage. For further information about the project, email world.write@btconnect.com.