It’s time to call out the nonsense of nonbinary

Everyone is either male or female – get over it. 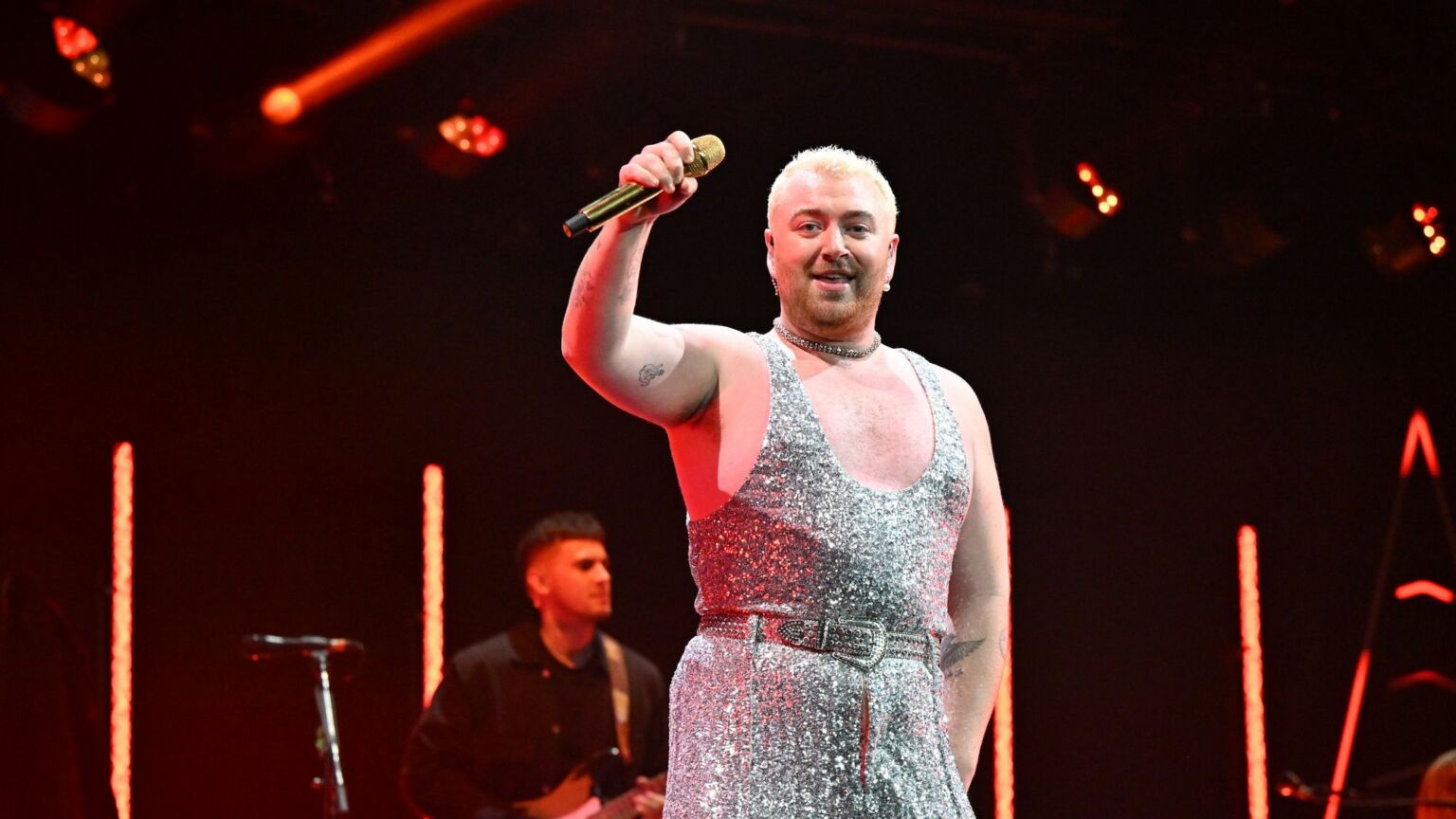 What’s more important – women’s rights or Sam Smith’s feelings? We’ve had a loud and clear answer to that maddest of questions over the past few days. It’s Sam Smith’s feelings. Of course it is. The right of this ear-piercing nonbinary balladeer not to suffer the indignity of winning an award with the word ‘male’ on it – despite his obviously being a bloke – takes precedence over the right of female pop artists to have their own sexed awards category and to pick up gongs for their work. Smith’s eccentric identity trumps your right to win prizes, ladies. Suck it up.

This is the news that all the nominees in the Brit Awards’ gender-neutral Artist of the Year award are men this year. Or people assigned male at birth, I should say. Harry Styles, Stormzy, George Ezra, Central Cee and Fred Again. Not a lady in sight. (And no, Mr Styles, the fact that you occasionally don polka-dot dresses and ruby booties and talk about sprinkling ‘nuggets of sexual ambiguity’ into pop culture doesn’t change that you’re a fella.) The media are shocked. In our girlboss era, not one girl’s up for artist of the year? ‘Why are no women nominated for best artist?’, asks a startled BBC.

It’s their surprise that is surprising. Gender-critical voices warned that collapsing the male and female categories into one flabby, woke, unsexed Artist of the Year field would disadvantage pop’s women. Even the Brits itself seemed to see the downsides to genderfluidity. In 2021, in response to the trans lament that having male and female categories excludes those, like Smith, who fantasise that they’re post-sex, the Brits said it would make changes. But if change ‘unintentionally leads to less inclusion, then it risks being counterproductive to diversity and equality’, it warned. That’s now happened. The infinitesimally small number of nonbinary pop acts are included, women are not. In 2023, anyway.

It’s a strange form of inclusion when, for the first time in the 45-year history of these awards, a female solo artist will not be celebrated for her year’s work. That’s never happened before. Even last year, when the pandering post-gender Artist of the Year award was introduced, the winner was Adele. (She caused a bit of a social-media stink when she said in her acceptance speech: ‘I understand why the name of this award has changed but I really love being a woman and being a female artist.’ No, Adele! You don’t talk about sex. And you never say the word woman.) Every year at the Brits a female artist has been cheered for her contribution to pop. Except this year. Under the banner of ‘inclusion’, women are out. What a slippery, doublespeak word ‘inclusion’ has become.

To be clear, this isn’t entirely Sam Smith’s fault. Although it was his supposed ‘exclusion’ from the Brit Awards that sped up the move towards the post-gender artist award. ‘Sam Smith excluded from gendered categories at 2021 Brit Awards’, said a Guardian headline in March 2021. So long as the bigoted Brits give out male and female gongs, there will be ‘no room for Smith’, the Guardian sobbed. ‘I look forward to a time where awards shows can be reflective of the society we live in’, said Smith. And the Brits pricked up its ears – it promised to review its ‘gendered categories’. Fast forward to 2023 and what do Smith’s awards shows that are ‘reflective of the society we live in’ look like? A testosterone fest. People with penises as far as the eye can see. The Brits took the knee to the cult of nonbinary and its awards have never been less reflective of society. It’s almost as if the trans ideology is anti-women.

But this goes beyond Smith. The actress Emma Corrin, another they / them, who played Diana in The Crown, also wants gender-neutral awards. She said she found it ‘difficult’, as a nonbinary person, to be nominated in the female categories at the Emmys and the Golden Globes. It’s a hard life! Emma D’Arcy, star of Game of Thrones spin-off House of the Dragon, says it feels weird to be nominated for ‘Best Actress’ awards. If other awards ceremonies follow the Brits down the delusionary rabbit hole of post-sex, they might also become ‘inclusive’ and ‘reflective’ – ie, discriminatory and unreflective.

There are some important points to make here. First, Sam Smith was not ‘excluded’ from the Brits. That’s just nonsense. It is demeaning to those who have suffered real oppression to describe a bloke’s infantile, hammy refusal to accept a gong with the word ‘male’ on it as oppression. A man saying ‘Ooh, I can’t accept that award because its wording will offend my outlandish identity as a “they”’ is about as far from Rosa Parks as you can get. Smith excluded himself from the Brits by being in denial about his maleness. He, and Corrin and D’Arcy and the other fashionably post-gender celebs, opted out of sex, and by extension out of sexed awards. It’s on them. Why should awards change to accommodate the faddish beliefs of a nonbinary clique?

That’s the other point – the staggering narcissism of the nonbinary ideology. These people really do believe that the entire world should mould itself around their ideology. Male and female awards must be scrapped. Female toilets, changing rooms and other private spaces must be thrown open to men who feel like women. Even language itself must be twisted and bent to these people’s identity feels. So we’re all expected to use ‘preferred pronouns’ and even to mangle grammar by using ‘they’ to refer to one person. My use of the he pronoun for Smith and the she pronoun for Corrin and D’Arcy will be judged by some a heinous act of bigotry. But I am not willing to sacrifice the sense and universalism of the language I use to appease the fever dreams of a minority movement.

‘For the narcissist, the world is a mirror’, said Christopher Lasch. The narcissist must always see ‘his “grandiose self” reflected in the attentions of others’, he said. So it is with the trans movement. It expects every realm of society – every awards ceremony, every woman’s space, every linguistic tradition – to bow and scrape before its post-truth, ahistorical belief that people are whatever sex they say they are. The truly oppressive force was not the Brits having male and female categories but the pressure put on the Brits to scrap those categories in order to flatter the narcissistic delusions of a few nonbinaries. This is the opposite of a civil-rights movement. Progressive movements in the past were concerned with changing the world to make it better for all. The regressive, navel-gazing cult of gender play is obsessed with altering the world so that its own adherents never have to encounter an idea or a space that dents their fragile egos. The irony of their misuse of the word ‘they’ is that they are myopically focused on me, me, me.

There is a serious philosophical question in all this: should people have the right to liberate themselves from reality? I say no. Sam Smith and Emma Corrin and the rest can wear what they want, call themselves what they want and use whatever pronouns they want. But why should the rest of us have to play along with them and abandon everything we know to be true and right? Sam Smith is a man, Emma Corrin is a woman, and it is not bigotry to say so. Truth is never bigotry.