The Brazilian riot and the death of losers’ consent

Liberals, centrists and other Western elites are in no position to criticise those ugly scenes in Brasilia. 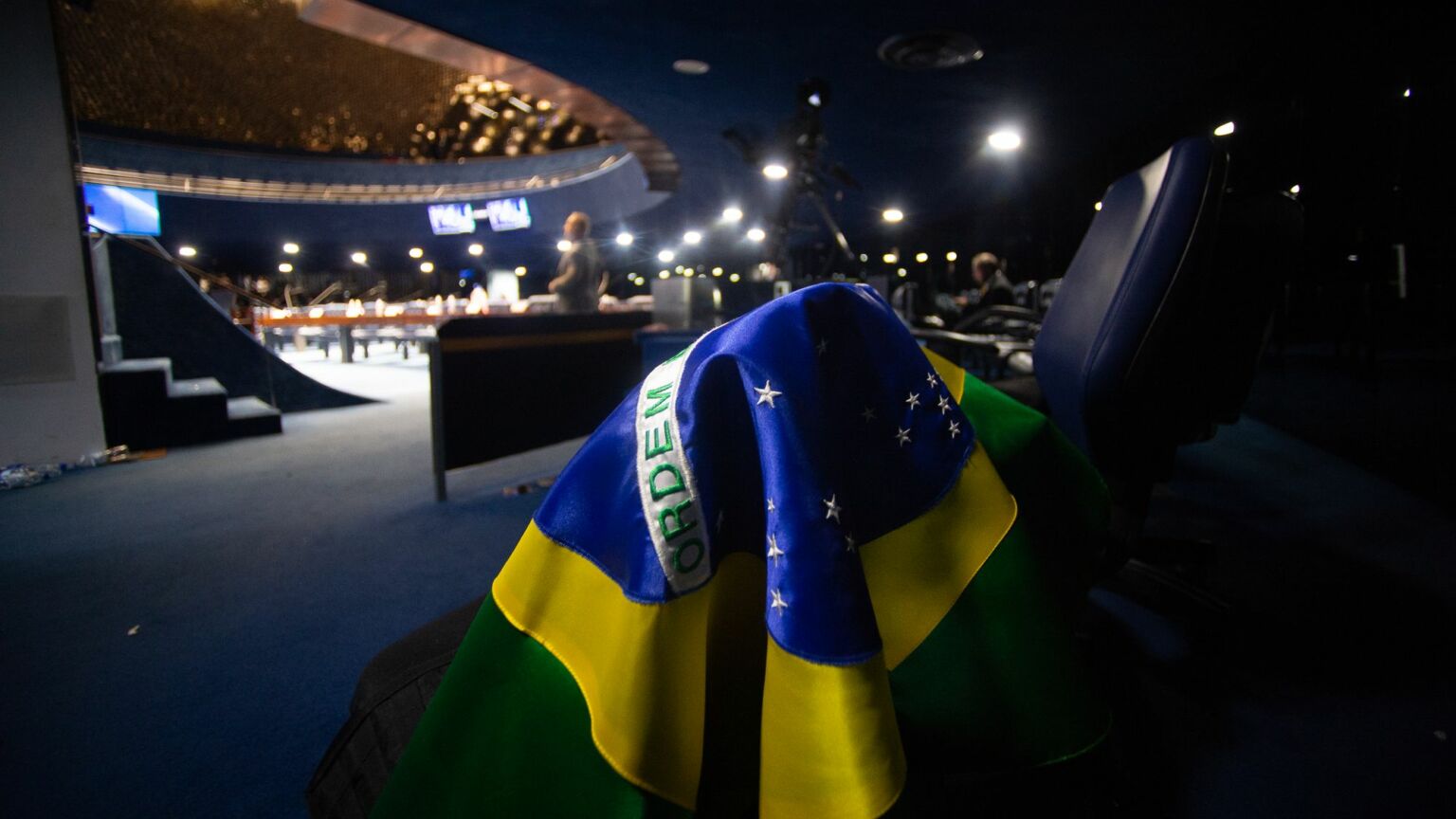 Anyone reading about last Sunday’s carnage in Brazil could be forgiven for thinking a fascist putsch had taken place. As thousands of right-wing malcontents stormed three government buildings, international observers were quick to talk of a ‘coup’, an ‘insurrection’ or an ‘act of terrorism’. This was, we were warned, a sign of the growing threat posed by the populist right to democracy worldwide. But however ugly the scenes or the anti-democratic views of the rioters, all this talk of a hard-right insurrection needs to be interrogated.

So, what really happened? On Sunday, hardcore supporters of former president Jair Bolsonaro, the sore loser of the 2022 presidential election, marched on Brasilia’s Three Powers Plaza and stormed the National Congress building, the presidential palace and the Supreme Court. Videos from Brasilia show fires burning inside the buildings, furniture being thrown, windows being smashed and priceless paintings being damaged beyond repair. A trail of destruction – and even faeces and urine – was left in the rioters’ wake.

Bolsonaro’s supporters were apparently incensed by the inauguration of left-wing President Luiz Inácio Lula da Silva a week earlier. During the presidential-election campaign in 2022, Bolsonaro claimed that a Lula victory would be fraudulent. He spoke of irregularities in electronic-voting systems and claimed that the polls were lying if they put Lula in the lead. Conspiracy theories about a ‘stolen election’ then took hold.

So far, so anti-democratic. But does any of this amount to a serious attempt at a coup? Certainly, a minority of harder-edged Bolsonaristas did want to initiate a coup. These ultras camped for days around army bases, hoping, thankfully in vain, to persuade the military to join their march on congress. But they failed to do so and their camps were cleared out by the police.

Instead, as Sunday’s footage makes clear, all the rioters managed to do was cause a hell of a lot of damage. When not causing wanton destruction, they wandered around aimlessly, with no plan as to what to do next. This was clearly a chaotic, confused and infantile temper tantrum – not an organised attempt at insurrection.

Most people’s minds have been cast back to ‘January 6’ in the US, when in 2021 supporters of Donald Trump stormed the Capitol building to try to prevent congress from certifying the 2020 election result. There are clear parallels here. In both cases we had a right-wing riot, fuelled by conspiracy theories about a rigged election, attacking a nation’s symbols of democracy. Although perhaps the most pertinent parallel is the way both riots have been talked up and transformed beyond recognition by the West’s liberal elites. These anarchic scenes of mob idiocy have been treated as if they posed a genuine existential threat to democracy.

Worse, the liberal elites who have been the most eager to present the unrest as a ‘coup’ are not the defenders of democracy that they are making themselves out to be. Their attempts to paint the global withering of democracy as simply a problem of the hard right is dishonest and hypocritical. Because, in recent years, Western liberals have also reacted rashly and hysterically to their own electoral defeats. Losers’ consent has been thrown out of the window.

Liberal elites on both sides of the Atlantic have indulged in lurid conspiracy theories to explain away their losses. And they have gone to extraordinary lengths to try to delegitimise and overturn the results of democratic votes. Election denial is as rife among such ‘respectable’ circles as it is among the Trumpist or Bolsonarista mobs. And this respectable election denial is altogether more powerful – and has come, in some cases, perilously close to achieving its aims.

While Bolsonaro spoke of faulty voting machines in 2022, and Trump complained of a ‘rigged’ election in 2020, Hillary Clinton has long maintained that the 2016 election was ‘stolen’ from her. She made outlandish claims about a conspiracy between Trump and Russian president Vladimir Putin. The so-called Russiagate conspiracy theory was promoted relentlessly on liberal media. Worse still, it was taken seriously by the US security state. The Mueller investigation had two years, 2,800 subpoenas, 500 search warrants and 500 witnesses to find evidence to back up Hillary’s fable. But no such evidence was uncovered.

Despite the lack of evidence that her election victory was stolen, Clinton has still never really come to terms with her loss. Recently, she has warned that the 2024 presidential elections are already compromised. According to Hillary, ‘right-wing extremists already have a plan… to literally steal the next presidential election’. But such elite election trutherism is given a free pass.

Democracy came even closer to the brink in Britain in the wake of the Brexit vote. Liberal elites waged all-out war on the result of the 2016 referendum. Respectable society was openly contemptuous of popular sovereignty. Conspiracy theories played a role here, too. A similar tall tale about Russia swinging the referendum in favour of Brexit was given credence by journalists, parliamentarians and election-law officials – even though evidence to back this theory up was even more thin on the ground than in the case of Trump.

With the establishment’s power on its side, the Remain camp had some extraordinary tools at its disposal. It exploited every trick in the book to try to delay or cancel Brexit. Expensive court cases were launched to prevent the government from leaving the EU. The Remainers’ campaign against democracy eventually managed to capture the Labour Party, which agreed to re-run the referendum if it got into power. An overwhelmingly pro-Remain parliament ignored their pro-Leave constituents and blocked any move towards Brexit. The supposedly liberal elites spent the best part of three years trying to deligitimise and tear up the largest democratic mandate in British history. And they came nail-bitingly close to achieving their wishes.

This is why we should be wary of the attempts to talk up the Brazilian riots, or the Capitol attack before it. Thankfully, these marauding mobs simply do not have the power to ever get their way. When the dust settles, the perpetrators will be jailed and life will go back to normal. The election denial we have much more to fear from is the ‘respectable’ kind, the ‘sensible’ kind, the ‘liberal’ kind. It poses a far bigger threat to our democratic way of life.