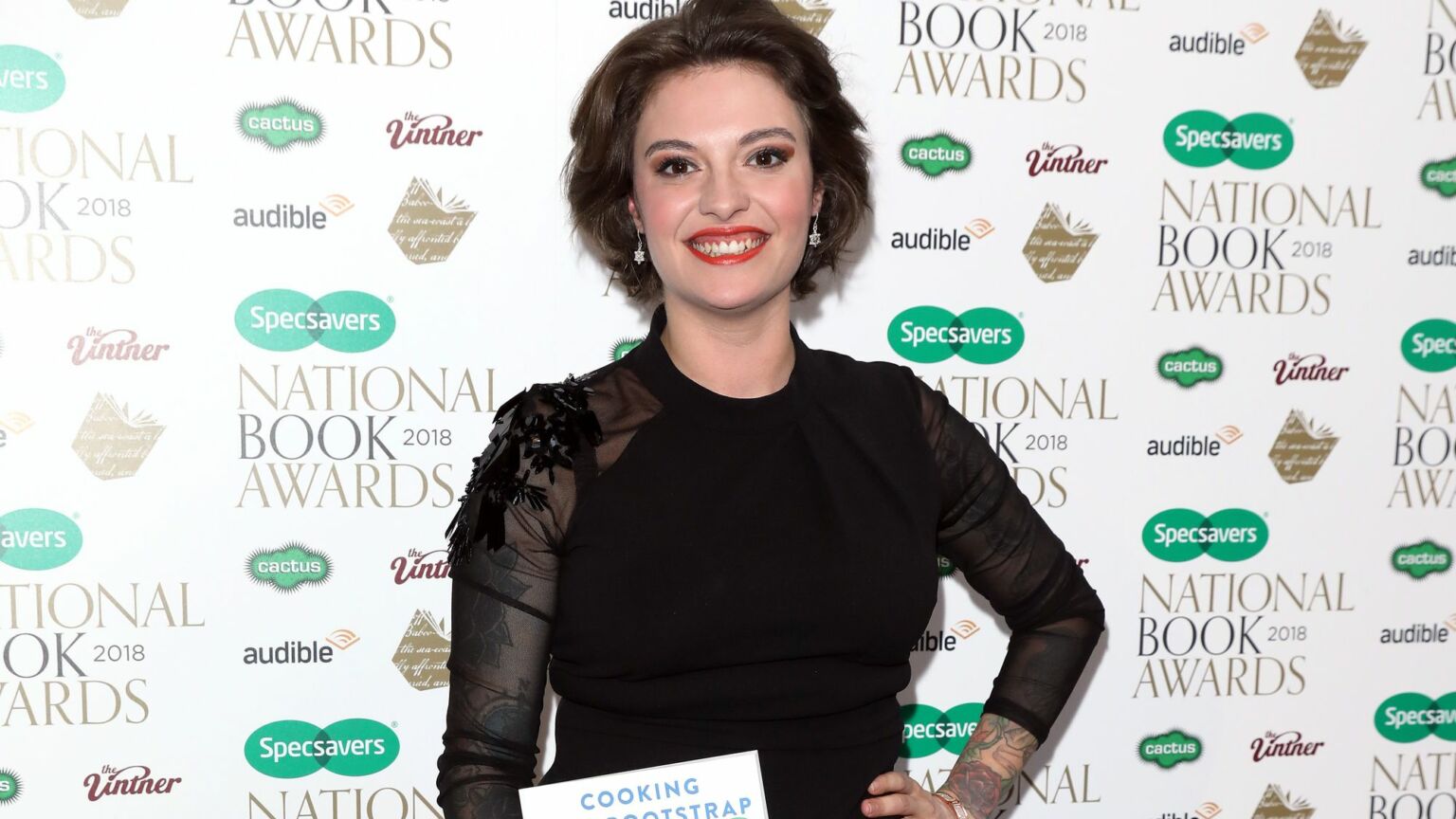 Just when you thought things couldn’t get any worse for the poor of Britain, here comes Jack Monroe with another book. It’s all they need – yet more turbo-smug advice from the chattering classes’ favourite ‘poor person’ on how to avoid starving to death. Alongside having to scrimp and save to pay the bills and fill the fridge, the hard-up will now see Ms Monroe everywhere, in her poverty chic get-up, going on about being a ‘lefty, liberal lezzer’, and issuing top tips such as: if you don’t own a tin-opener, how about using a sharp knife and a mallet to open your tinned grub? And: collect the fluff from your tumble dryer and turn it into an ‘extremely efficient firelighter’ for your fireplace. She thinks poor people have open fires like her media mates!

These are actual tips from Monroe’s new book. It’s called Thrifty Kitchen. It promises the plebs ‘money-saving recipes’ and ‘home hacks’. Those hacks really do include using a ‘mallet’ to bash ‘a small sharp knife’ into a tin with ‘a bit of vigour’. Show me the household that has a mallet but not a tin-opener. Who’s she talking to – serial killers? The tumble-dryer fluff idea – apparently you can also use the fluff to ‘kickstart a garden incinerator’ as well as lighting up the fireplace you don’t have – is accompanied by a tip for tumble-dryer water. You shouldn’t throw away the water your dryer collects in its top drawer, our thrifty saviour says, but instead pour it into bottles and use it as a house-cleaner. Gross! Also, what kind of family can afford to use the tumble dryer so often that it fills with water but cannot afford, say, Wilko’s excellent pack of 40 anti-bacterial surface wipes that only cost a quid? Make it make sense, Jack.

Monroe suggests using glass bottles full of frozen water as a rolling pin. Frostbite as you roll out your pastry, anyone? She says you can glue the ring-pulls from cans of pop into your handbag to hold your sunglasses in place. I searched Amazon for a cheap sunglasses case. There’s one for 60p. The average can of drink is 75p. You do the maths. You can use a ‘large clean square of cotton’ to drain rice and pasta, she says. All those families who’ve been sitting around dumbly eating soggy rice because they couldn’t figure out how to drain it will be thrilled with this tip. What would they do without Jack’s hacks?

That is the entire, no doubt unintended, tone of Monroe’s books: hey, dummies, here’s how to save money! It’s painfully patronising. As if working-class families haven’t been creating ingenious ways to get by on a tight budget for decades. As if hard-up mums aren’t already experts at making money last and ensuring their kids are fed. If a grammar-educated Guardianista like Jack had rocked up to my mum’s house – six kids, not much money – to ask if she had ever considered using her leftovers to make Mexican chocolate chili and black-bean soup, the results would have been hilarious (for us, not Jack). It all brings to mind the do-gooding ‘society dames’ Orwell wrote about in The Road to Wigan Pier – upper-middle-class liberal women who took it upon themselves to ‘teach the unemployed more about food values’ and ‘give shopping lessons to the wives of the unemployed’. No amount of tattoos can disguise that Monroe is a modern-day society dame, dishing out thrift tips to people who’d apparently be stumped without her.

Hilariously, the Trussell Trust, Britain’s largest network of food banks, has shelved its plans to give Monroe’s book to the hard-up folk who use its services. Until the more dangerous tips – like jamming a knife into a tin – are amended, it says, ‘we will not be distributing any books via our food banks’. It’s hard to know what’s worse – the idea that the poor need to be exposed to Monroe’s fashionably frugal tips, lest they witlessly run out of money and food, or the idea that they need to be protected from Monroe in case they follow her advice about knives and mallets and end up in A&E. I don’t know who needs to hear this – everyone, it seems – but poor and working-class people are not stupid.

Besides, Monroe’s books are not really for working-class people. They’re mainly for the righteous well-off who love the idea of making carrot, cumin and kidney-bean burgers with basic ingredients. You’re far more likely to spy a Monroe book – with their well-lit, hip-kitchen, knowingly austere vibe – on a Heal’s coffee table in a high-earning household than in the chaotic kitchen of a single mum who knows very well how to feed her four kids, thank you. The suggestion that Monroe is a kind of poverty performer for the posh was raised by a Guardian article about her at the weekend. It featured her lying in a bathtub of pennies. Seriously. A media luvvie photographed in a pool of pennies by other media luvvies, to raise awareness about how few pennies the poor have – they’re just taking the piss now.

Some suspect that Monroe really is taking the piss. Is she really as working class as she claims? If so, why did she once describe herself as a ‘middle-class, well-educated young woman’ who simply ‘fell a bit by the wayside’? And how poor is she now, really? That Guardian piece actually raised this with her. The interviewer, Simon Hattenstone, asked what happened to all the money that her followers – including her working-class followers – have donated to her through various crowdfunders. Apparently, she spent it, ‘recklessly’. ‘I’d go online absolutely shitfaced and buy nice furniture’, she says. ‘The irony is stark and uncomfortable’, says Hattenstone: ‘The guru of thriftiness was chucking away tens of thousands of pounds, given to her by the public to support her work, on items she didn’t even want, let alone need.’ If the Guardian’s summary of what Monroe was doing is accurate, it’s more than ‘uncomfortable’. It’s outrageous. And Monroe wonders why people get angry with her.

The only people really embracing Monroe’s frugal crusade are the comfortably off cultural elites. They see Monroe as the perfect ‘working-class person’ – non-gammon, trans-friendly, anti-Brexit. So much better than those vulgar spendthrift chavs in Essex or the dumb poor people in the north who feed their offspring chips day and night. This is the great irony of the Monroe phenomenon: the fawning over her by the media elites is not motored by concern for poor and working-class people, but rather by disdain for them. Only a cultural establishment that views ordinary people as dimwitted, unhealthy dullards could believe that we need a trendy new society dame to save us from ourselves. Their love for Monroe is directly proportionate to their hatred for us.