Press freedom was built on the right to lampoon royalty. No wonder Harry hates it. 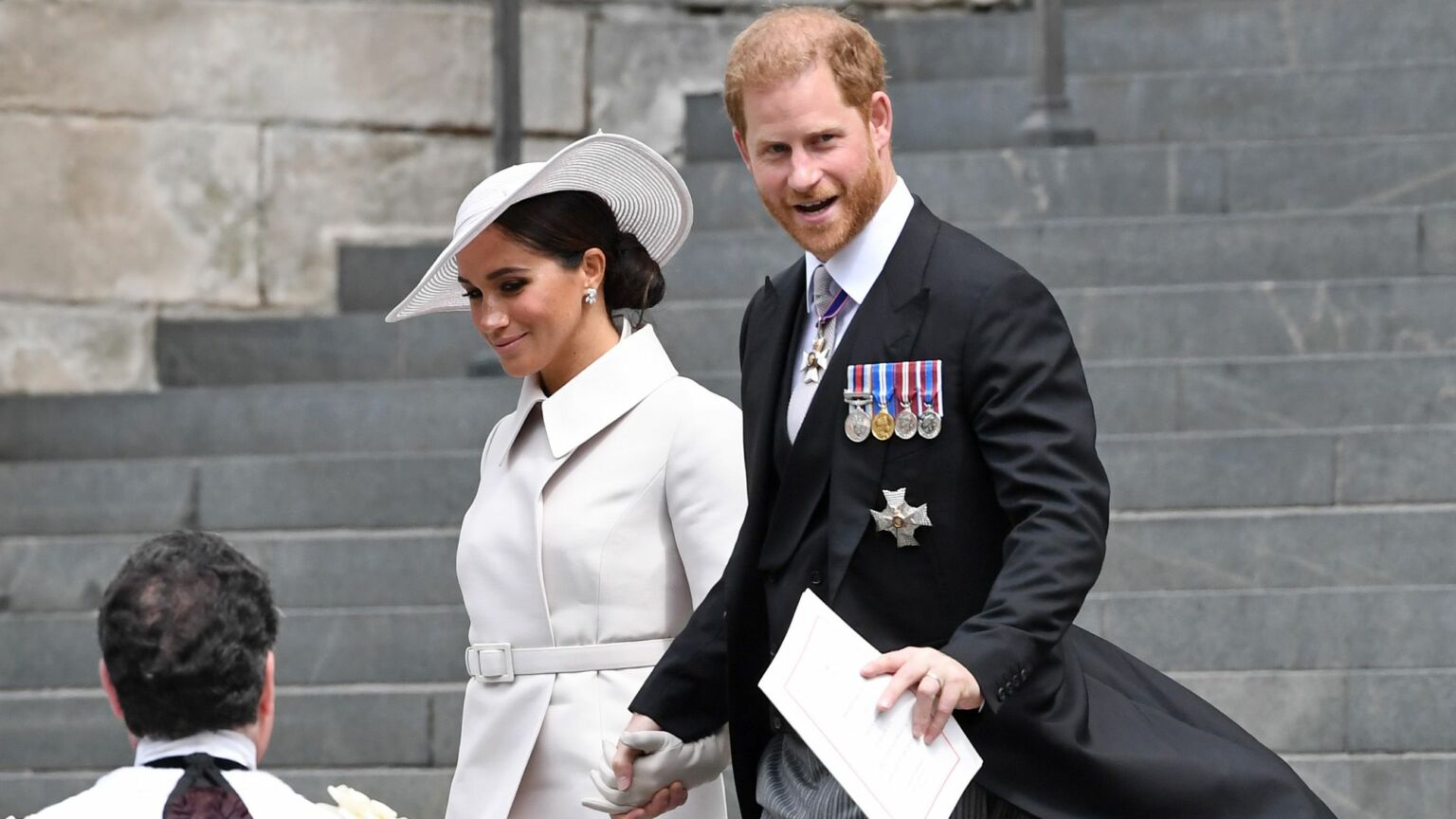 As the title of his memoir suggests, Prince Harry has apparently always felt ‘spare’ – the pointless younger brother to the heir to the throne. However, to judge by his big weekend TV interviews, it appears that Harry has now finally discovered his self-styled ‘mission’ in life: not only reforming the British royal family, but also ‘changing the media’ in the UK.

In short, the soldier prince is on a crusade to tame our precious press freedom. And many who should know better are cheering him on.

In his set-piece interviews with ITV and CBS, Prince Harry sought to recast his battles with the British media as, in the words of the Guardian, a ‘patriotic crusade’. If he could no longer serve the nation at home, he said, he would do so from America, by ‘changing the media landscape in the UK… [That’s how] I am going to make a difference’.

Warming to his messianic theme, Harry spoke of his ‘mission’ to be a spokesman for the world against the evil media. Other members of the royal family, he complained, had ‘decided to get in bed with the devil’, aka ‘the tabloid press’. (Mention no names, Camilla.) By contrast, Prince Harry implied, he would act as a saintly figure striding out to slay that tabloid demon.

As in everything else that he has said lately, our poor little prince here comes across as a deluded woke hooray, about as in-touch with reality as he is intelligent. Yet, more than any other aspect of his endless self-serving diatribe, Harry’s attack on the UK press has won support in high places.

Britain’s tabloid-hating liberal elites have spent the past decade trying to bring the press under closer control, demanding the state-backed regulation proposed by the 2012 Leveson Inquiry / Inquisition. They now appear happy to use Harry and Meghan as human shields behind which to further their campaign.

Time to remind everybody that the struggle for press freedom in Britain, which set the historical standard for the rest of the world, was intimately bound up with winning the liberty to lampoon princes and ridicule the royals. Nobody with an ounce of feeling for freedom of the press should be lining up with the Duke and Duchess of Sussex to make the media less offensive to aristocrats.

Prince Harry might claim that his mission is to modernise. But there is something very traditional about royals seeking to regulate what the media can report. Almost from the introduction of the printing press until 1695, Britain was subject to a system of Crown licensing of the press, whereby nothing could be printed without official approval. Heretics were imprisoned, branded, maimed and even executed for daring to break the rules and publish words that offended the Crown.

Those pioneers who fought for press freedom often attacked the royals in far more scathing terms than anything seen in the respectable tabloids of today.

In the age of the English Revolution of the mid-17th century, for example, Leveller John Lilburne was whipped through the streets and repeatedly jailed for writing gloriously irreverent, offensive pamphlets, demanding freedom of the press, more democracy and an end to the monarchy. In ‘Regall Tyrannie Discovered’ (1647), Lilburne branded King Charles II as not only a tyrant, but also as ‘the greatest Delinquent in the three Kingdoms’.

In the 18th century, even after the formal abolition of Crown licensing of the press, maverick MP and pioneering journalist John Wilkes could still be locked in the Tower of London for ‘seditious libel’, for daring to demand the freedom to criticise His Majesty’s Government and, crucially, to report in public what was said and done in parliament.

Wilkes’ favoured weapon was his satirical newspaper, the North Briton, the Crown’s suppression of which became a key issue in the historic battle for press freedom in Britain. The main concern of Wilkes’ muck-raking, freedom-fighting paper was, in the words of one biographer, ‘to heap all manner of abuse and ridicule on the government and its friends – on [prime minister] Lord Bute in particular, whose alleged intimacy with the king’s mother, the princess dowager, was a subject of constant comment’. It is hard to imagine today’s much-maligned tabloids running scurrilous stories implying the PM was ‘romping’ with senior members of the royal family.

The press freedom hard won by such heretical heroes has been constantly under threat ever since. Rarely more so than now, when woke elites want the insubordinate press to be supervised by an official regulator empowered by the king’s privy council, as proposed by Lord Justice Leveson. Little wonder that Hacked Off, the luvvie-fronted campaign to sanitise the dirt-digging tabloids, has come out of the woodwork once more in response to the recent furore over Jeremy Clarkson’s Meghan-bashing Sun column.

Despite what the Sussexes and their woke footpersons might claim, this is not really about combatting racism or misogyny in the UK media. As Fraser Myers has previously detailed on spiked, none of them has ever been able to produce any real evidence of racist abuse in the voluminous press coverage of Meghan.

Far from fighting prejudice, the press-bashing woke crusade fronted by Harry and Meghan itself reinforces an old-fashioned prejudice – against the British public. Hatred of the popular press has always been code for fear and loathing of the populace. Whether traditional aristocrats or modern illiberal liberals, our elites have looked down on the masses as a malleable mob, a potential pogrom waiting to burst into flames at the touch of an incendiary headline.

We got a glimpse of that long-standing anti-popular prejudice at the end of 2021, when Meghan won a court case against the Mail on Sunday and publicly attacked the tabloid press, which supposedly ‘manipulate[s] the public’ and ‘conditions people to be cruel’.

In reality, the freedom of the press to dig dirt and expose hypocrisy on high has always been the lifeblood of a civilised and democratic society. That was why the non-manipulated British people protested and rioted in support of freedom-fighting heretics such as Lilburne and Wilkes. It is a spirit we need to revive in response to the current princely crusade against press freedom.

When we hear a privileged prince of the realm complain about his victimised lot, the response of many is understandably to ask: what planet do you live on? When we hear a prince demanding more control of what the press is permitted to publish, we should surely also demand: what century do we live in?