This gender bill represents all that is rotten about the SNP

Nicola Sturgeon cares more about the hurt feelings of sex offenders than she does about women’s safety. 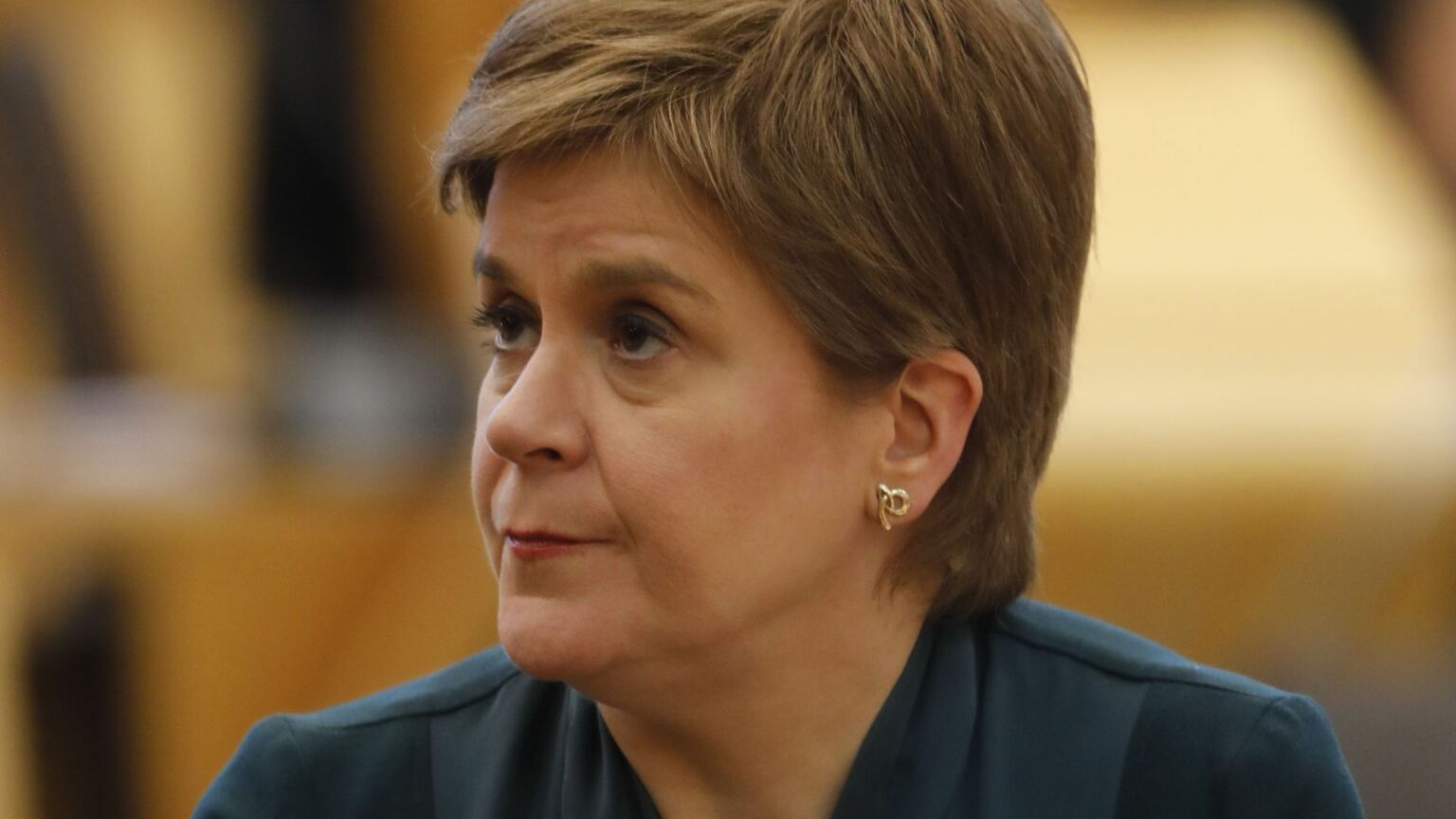 What’s the point of an independent Scotland? That’s been the question that has haunted the SNP since well before the referendum it lost in 2014. Given Nicola Sturgeon’s party wants to break free from Britain but keep the pound and the monarchy, that it wants to make a blow for ‘independence’ by leaving a democratic UK and re-joining a thoroughly anti-democratic EU, it’s often been hard to make out what SNP-led independence is really all about, other than getting away from the pesky English.

But now we know. Following the passing of the Gender Recognition Reform Bill in the Scottish parliament on Thursday, in the face of bitter opposition from feminist campaigners and even some SNP MSPs, we have our answer. An independent Scotland is about the freedom of male sex offenders to enter women’s prisons, and for confused 16-year-olds to be all but encouraged to see transitioning as the answer to their problems. That this new regime of so-called gender self-identification is being imposed against the wishes of, according to the polls, two-thirds of the Scottish public makes a mockery of the SNP’s high-minded rhetoric about democracy of late.

The reforms are sweeping, deranged and fraught with peril. The bill abolishes the requirement for people to have a medical diagnosis of gender dysphoria before gaining a so-called gender-recognition certificate. Individuals will now need to live in their acquired gender for only three months before being able to legally change their gender (down from two years). The age restriction will drop to 16, too. Although under-18s will have to wait an extra three months before making the biggest decision of their lives.

These reforms pose a huge threat to women’s rights and safety. Even under the existing UK-wide rules we have seen sickening cases of sex offenders ‘transitioning’ to gain access to women’s spaces and women’s prisons. In 2019, a convicted male sex offender in Fife who preyed on girls in supermarkets was revealed to have been placed in women-only accommodation. South of the border, women have been sexually assaulted in prison because the authorities did not want to offend convicted rapists by keeping them out of the women’s estate. All this to accommodate men who in all likelihood are just pretending to be gender dysphoric to gain access to vulnerable women. Loosening up the gender-recognition process further will only corrode sex-based protections further, particularly in light of a recent ruling of the Court of Session that ‘sex is not limited to biological or birth sex’.

This bill will also harm the people it claims to help. The explosion in children seeking to transition in recent years cannot credibly be explained by a new openness on the part of young people to come forward about Who They Are. This is clearly a case of social contagion. Society and law taking an uncritical, ‘affirming’ approach will only further encourage young people down a path that can lead to irreversible medical intervention, despite the evidence suggesting most trans-identifying kids grow out of it. That so many young people who present with gender dysphoria grow up to be gay should also ring alarm bells. We could well look back on all this as a particularly cruel and barbaric – if unwitting – form of gay conversion therapy.

The impact of the bill will be felt across the UK. While law regarding gender is a devolved matter, equalities legislation is the preserve of Westminster. This could create some bizarre and troubling situations. According to Whitehall sources speaking to The Times, the new system could lead to male-bodied Scottish prisoners demanding a place in a women’s prison in England, with the prison potentially in breach of the Equality Act if it refuses. This has put Holyrood on a collision course with the Westminster government, which is threatening to block the legislation under Section 35 of the Scotland Act.

There are those who say this is all about independence – that Nicola Sturgeon is provoking a fight with Westminster so as to portray oh-so-progressive Scotland as hamstrung by those bigoted Tories down south. I wouldn’t put anything past her. Still, she seems to really believe in the gender nonsense. Why else would she do something that two-thirds of Scottish voters oppose? What passes for the Scottish left and centre left – the Greens and Labour backed the bill, too – have been totally captured by gender ideology (here’s a Green MSP saying ‘sex is not binary’ in the Scottish parliament). Not because they’ve thought all that much about it, but because it has become key to their self-image as the decent, modern and caring people. Jamie Greene, one of the few Conservative MSPs to vote against his party and for the bill, said in Holyrood that he must look himself in the mirror each day and know he is ‘on the right side of history’. This isn’t about transgender people at all, is it? It’s all about them.

It goes without saying that transgender people deserve dignity, respect and freedom from discrimination. I imagine many of them regret being dragged into the culture war for the benefit of activists’ bank balances and politicians’ egos. But how trans people’s interests are going to be served by ushering in this sex-offenders’ charter is anyone’s guess. As Ash Regan MSP, who resigned from the Scottish government over the bill, powerfully put it in the chamber: ‘[I]t boils down to this: do you think women will be more or less safe as a result of this law? And if you have any doubt, any doubt at all, that it will make women and girls less safe, then you cannot vote for it.’ Not only did her party vote for it, the SNP also knocked back proposed changes from backbench rebels that would prevent a man charged with a sexual offence from changing gender before trial, potentially granting him a place in a women’s prison and the right to demand his victim refer to him in court as she, her and Miss.

This is what Nicola Sturgeon is willing to go to war with Westminster over. This is the issue on which she hopes to morally differentiate herself from the supposedly backward UK government. This is what she’s willing to enrage her own electorate over. The last part perhaps is less of a surprise. Pretty much every signature SNP policy since it took power has been about treating citizens like dirt and dressing it up as progress – from the crackdown on ‘offensive’ football fans to the dystopian ‘named person’ scheme to the hate-crime bill to this gender bill. Now in Sturgeon’s Scotland the rights of rape victims come a distant second place to rapists’ hurt feelings. This is what the ‘right side of history’ looks like. Scotland has become a warning to the world. Virtue-signalling rots the brain – and the soul.