The year we finally rose up against the pyjama classes

From Canadian truckers to Dutch farmers, working people have had enough of the laptop elites. 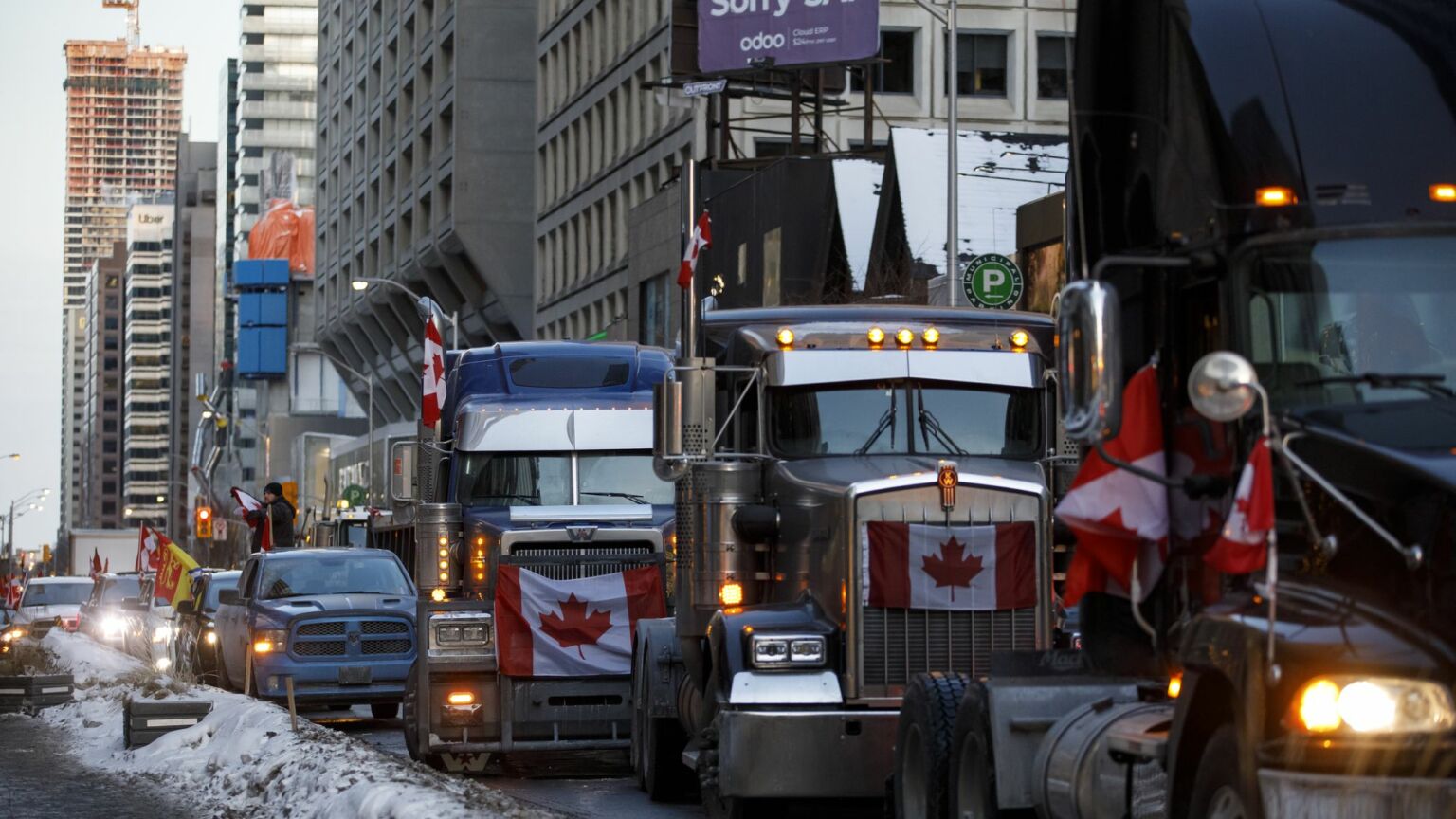 The laptop elites. The pyjama classes. It’s hard to know what to call the new establishment. Those upper-middle-class graduates who make up the knowledge economy. Who think tweeting is a job. Who have faithfully imbibed every woke mantra, from ‘Trans women are women’ to ‘Wear your mask!’. Who are waited on hand and foot by the precariat of Deliveroo and Amazon. Who loathe the old economy – the one that actually makes things – for its unsightly footprint on the planet. And who loved lockdown. Six months making sourdough bread for your Instagram Stories while still getting paid for whatever it is you do for a job? What’s not to like?

Whatever we call them, there’s no doubting these folk had a rude awakening in 2022. For this was a year of almost constant rumbling and revolting against the laptop elites by farmers, deliverymen, truckers – you know, people who make food and maintain infrastructure and make it possible for the pyjama people to get online and share their pronouns. The reality of working-class anger rudely intruded into the fantasy lives of the elites this year, and it was brilliant.

It kicked off in Canada. The Freedom Convoy was an inspiring uprising of truck drivers against Justin Trudeau’s authoritarian diktat that everyone who crosses from America to Canada must have the Covid jab. It was a collective honking of the horn at the elite consensus on Covid. A noisy cry for the right to work without having to submit to a medical procedure. The truckers blocked roads, waved banners saying ‘Liberté!’, set up food stations and bouncy castles for their family members who joined them in solidarity.

Not that you’d have known any of this from the tsunami of propaganda aimed at the truckers by political and media elites, horrified by the sight of gruff men in caps standing up for their rights. They were defamed as fascists. Trudeau madly denounced their ‘anti-Semitism, Islamophobia, anti-black racism, homophobia and transphobia’. This was a word salad of elite woke contempt – the convoy had nothing whatsoever to do with trans or Islam or those other things.

Trudeau used the tyrannical Emergencies Act to try to crush the truckers. He was aided and abetted by Big Tech: GoFundMe withheld millions of dollars in donations from the truckers. That there was such a concerted effort to demonise and silence these drivers who dared to question vaccine mandates was testament to the intolerance of the elites. In their velvet glove of wokeness lies the iron fist of authoritarianism, and it will slam hard on any old-economy riff-raff that dares to question elite wisdom. Know your place, truckers.

But they refused to know their place. As did many others. Including in Sri Lanka. The revolt there in July, when the economically rattled masses stormed the presidential palace and swept aside the government, was also a revolt against the laptop classes. Yes, numerous local factors shaped that uprising. But much of the immiseration of the Sri Lankan people was the warped handiwork of the virtue-signallers of global institutions. Their unhinged eco-myopia, their belief that societies the world over must make sacrifices to the god of Net Zero, was especially pernicious for Sri Lanka.

Sri Lanka was pressured to become a Net Zero nation. It banned the import of chemical fertilisers in order to make its farming practices more ‘organic’. This was a borderline psychotic policy in a nation where 90 per cent of farmers use fertiliser. The impact was predictably dire. Rice production fell by 43 per cent. Inflation hit a 47-month high. It was proof of how witlessly cruel laptop environmentalism can be. When the anti-industrial prejudices of unworldly global elites are elevated above the needs of workers in the developing world, the result is more poverty and hunger. The Sri Lankan revolt was as much against the insanities of Net Zero as against their own out-of-touch rulers.

Other farmers revolted, too. Dutch farmers continued their road-blocking uprising against their government’s demand that they massively cut back on nitrogen emissions – an EU-authored eco-measure that some predict could lead to the closure of 3,000 farms. Imagine putting the green fairytale ahead of producing food – that’s how crazy our elites now are. Canadian and Irish farmers likewise pushed back against anti-nitrogen madness. Meanwhile, cabbies and truckers took to the streets in Italy, Poland, Albania and elsewhere to register their fury with rising fuel prices.

Everywhere one looked in 2022, ordinary people were agitating against the New Normal. Against the world of less, inflicted on us by cosseted elites and their policies of over-long lockdowns and Net Zero. These were stirring populist statements, and it surely surprised no one that they took place outside the structures of the old left. A left that’s more obsessed with pronouns than production has nothing remotely useful to say to the global working class. This year, we witnessed a revolution of the real, an intrusion of concrete matters of production, transportation and living standards into the post-truth zones inhabited by elites who think biology is a myth, industry is death and farming is a plague. May the fightback of reality continue in 2023.