The truth about Covid McCarthyism

The elites’ blacklisting of lockdown dissenters was shameful and self-destructive. 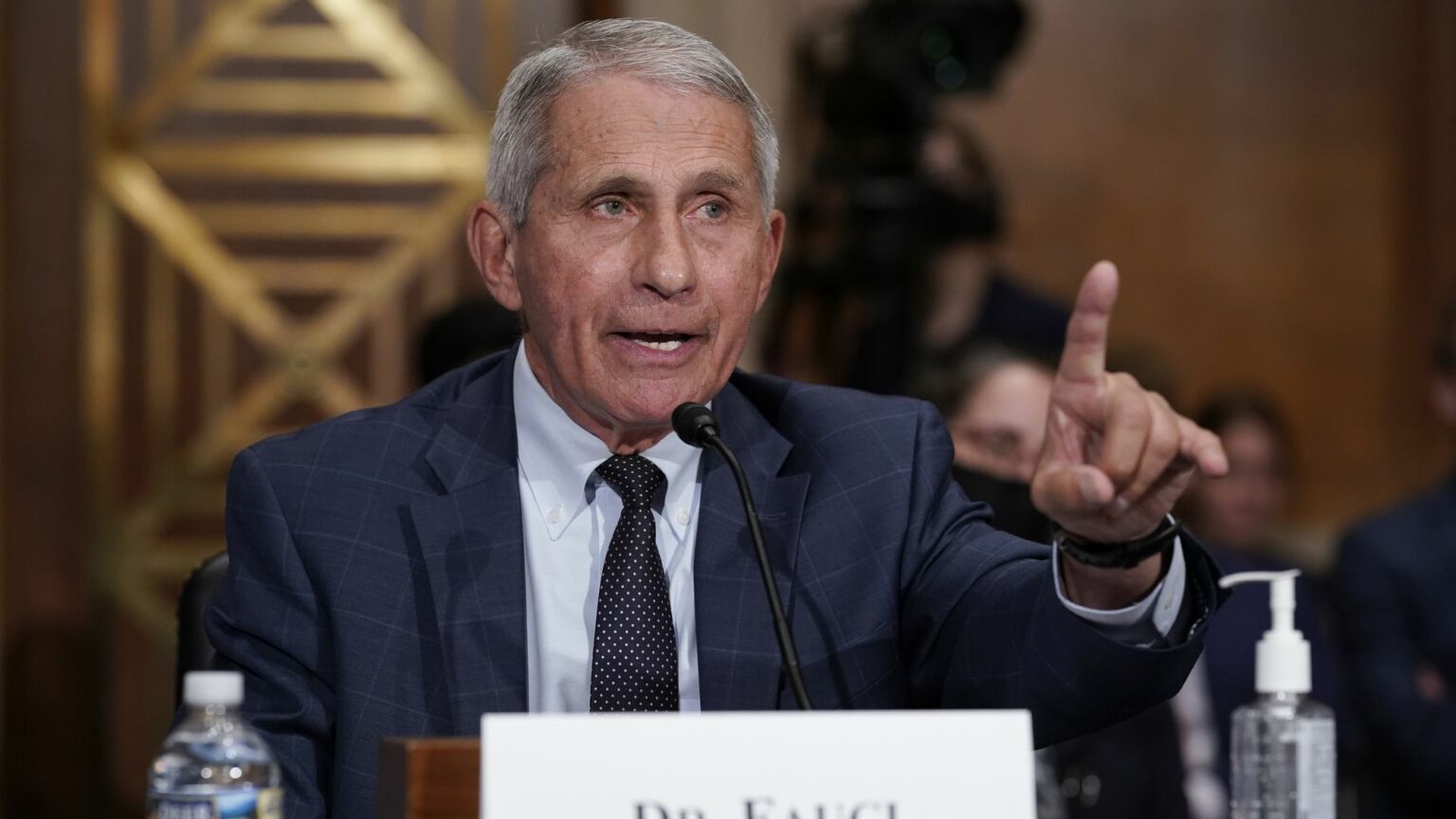 There were two viruses that the authorities wanted to control in 2020 and 2021. The first was the virus of Covid-19. The second was the virus of dissent. Throughout the pandemic, experts referred to lockdown scepticism and Covid misinformation as their own kind of disease, as a contagious malady that might sicken the masses’ minds as surely as Covid sickened their bodies. British politicians referred to a ‘pandemic of misinformation’. We must protect people both from ‘physical disease and the “disease of misinformation”’, scientists insisted. ‘False information has plagued the Covid response’, said one academic. Plagued – what a striking choice of verb. And if contrary ideas are an infection in the body politic, then it’s clear what the cure must be: censorship.

Nearly three years on from the start of the pandemic, it’s apparent that censorship was central to lockdown. It wasn’t only our everyday lives that were forcibly put on hold – so was our right to say certain things and even think certain things. In the US, Anthony Fauci, the director of the National Institute of Allergy and Infectious Diseases who was fawned over by the liberal media for his handling of Covid, has been deposed in a lawsuit that accuses him and the Biden administration more broadly of colluding with Big Tech to undermine the American people’s speech rights during the pandemic. The lawsuit is brought by the attorney general of Missouri, Eric Schmitt. The transcript of the questioning of Fauci was released earlier this month. It’s a frustrating read. Fauci continually says he doesn’t recall or doesn’t know in response to questions about his alleged role in suppressing speech in the Covid era. But it seems clear that, informally at least, he helped to devise and enforce the parameters of acceptable thought during the pandemic.

Consider the Great Barrington Declaration. Fauci had high-ranking discussions about how to counteract this open letter that raised ‘grave concerns about the damaging physical and mental-health impacts of the prevailing Covid-19 policies’. Freedom-of-information requests show that Fauci was asked by officials to engage in a ‘quick and devastating takedown’ of the GBD. He hopped to it. He ‘jumped into action to smear and discredit the GBD in the media’, as one account describes it. This included writing off the GBD’s authors – Martin Kulldorff, Sunetra Gupta and Jay Bhattacharya – as ‘fringe epidemiologists’ who were peddling ‘nonsense’. We know now that Bhattacharya, a professor of medicine at Stanford, was subsequently shadow-banned on Twitter and even added to its McCarthyite ‘Trends Blacklist’, meaning his tweets would never make it into ‘trending topics’. The algorithm weaponised against a heretical professor who had been publicly denounced by Fauci.

Was Fauci directly responsible for Twitter’s blacklisting of Bhattacharya? It’s not clear. There’s certainly no proof of Fauci putting in a phone call to Vijaya Gadde or any of the other authoritarians who were in charge of the censorious hellscape that was pre-Musk Twitter and demanding they silence this thoughtcriminal. But there does seem to have been a political trickle-down effect, as one writer describes it. Fauci issues a decree about what is true and what is false in relation to Covid and it swiftly becomes gospel among Big Tech overlords – that was the pattern. In this instance, Fauci engaged in a ‘systematic discrediting’ of expert dissenters on lockdown and it ‘trickled down to social media’ so that these people’s ideas were ‘labelled “Covid misinformation” and censored by content moderators’.

There are email trails that hint at a more causal relationship between Fauci’s hostility towards dissent and Big Tech’s censorship of such dissent. So during the deposition Fauci was shown emails suggesting that his own officials had tried to contact Google to set up a conversation about ‘misinformation’ in relation to the Covid vaccine. Shortly after, social-media sites started adding warning labels to posts about the vaccine and even suspended some accounts for pushing vax misinformation. It’s a big deal if these things are linked, because officials in the US are forbidden by the First Amendment from curtailing the speech rights of their citizens. If the state under Biden outsourced censorship to compliant companies, that’s still state censorship.

In some ways, the fact that there doesn’t seem to have been any need for a direct chain of command between the Biden administration and Big Tech in order for Covid censorship to occur is more chilling. It confirms how widespread Covid conformism was in the establishment, and how naturally it comes to the oligarchies of Silicon Valley to do the bidding of the Democratic elites. Elite consensus opinion is a powerful beast. Time and again, the government view on Covid became the only utterable view in the digital public square. So when officialdom was pro-masks, dissent on masks was ruthlessly censored: witness YouTube’s banning of a video featuring senator Rand Paul questioning the effectiveness of masks. When officialdom insisted that lockdown was the right and only way to tackle Covid, all intellectual bristling against lockdown ran the risk of being blacklisted, as the GBD folks and others discovered. And when it was Fauci’s belief that the lab-leak theory about Covid was a ridiculous conspiracy theory, ‘all views in conflict’ with that take risked censure online. Strikingly, it was only when the Biden administration said in May last year that it would look into the lab-leak theory that Facebook finally lifted its censure of the theory – proof that the government view ruled supreme on social media in the pandemic.

We need to talk about this. We live in supposedly free societies and yet anyone who dissented from the state view on Covid faced being blacklisted and silenced. It kind of doesn’t matter whether Fauci ‘colluded’ with Big Tech. It’s still the case that it was very difficult indeed for citizens in one of the few public spaces they could freely access during the pandemic – the internet – to dissent from the state’s view. Worse, there was a neo-imperial element to this online redaction of deviation from Fauci’s diktats. Social-media companies globalised the official US view on Covid so that even poor souls in London or Paris or Melbourne found themselves suspended – banished from the public square – for making a comment that holy Anthony Fauci might disapprove of.

In the UK, where we have no First Amendment, the link between the state and social-media censure was far clearer. It’s now known that Matt Hancock, health secretary during the pandemic, directly contacted chiefs of Big Tech and pressured them to shut down ‘misinformation’. As early as January 2020 his special adviser was speaking with Twitter about ‘tweaking their algorithms’. Hancock also ‘personally texted’ Nick Clegg, the former leader of the Liberal Democrats who was then vice-president of global affairs at Facebook, to encourage him to control online discussion. Clegg, in the words of Isabel Oakeshott, was ‘happy to oblige’. Hancock wanted Clegg to clamp down on anti-vax comments in particular. One MP, in July 2020, hysterically referred to vax-bashing as an ‘ideological dirty bomb waiting to go off’. That’s how our rulers view the free flow of ideas – as a nuclear-level danger, liable to kill or infect thousands.

The Hancock-Clegg love-in over suppressing certain Covid ideas shows how incestuous the new oligarchy is. Here we had a serving politician gabbing with a former politician about using his extraordinary power as an overseer of the global conversation to sideline certain voices. It all took place beyond the realm of democratic accountability, even beyond the realm of the state. Instead a public official conspired with the employee of a private company to curb what millions could see and hear online. There was no need for a law to suppress dissent: the state view on all things Covid was just casually, informally enforced on every gadget we own, thanks to a politician we voted out of office five years ago. Sinister stuff.

Of course, it wasn’t only online speech that was controlled. So was the right to protest. As Oakeshott reminds us, ‘anti-lockdown protests were quickly banned’ in 2020. In September of that year, the Cabinet Office suggested protests should be exempt from the ‘rule of six’, which forbade any outside gathering of more than six people, but Hancock called in Michael Gove to ‘kill it off’. And ‘Gove had no qualms about helping’. So we were prevented from expressing ourselves freely online and prevented from exercising our right to dissent in public. It was the most serious clampdown on political liberty the West has experienced in a very long time.

It will take some time to measure the impact of this empire of Covid censorship on our societies. To my mind, it didn’t only prevent the expression of certain views, which is a grave enough offence in itself, arguably the gravest offence a society can commit. It also left us catastrophically unprepared for the post-lockdown era. The punishment of dissenting voices that wondered out loud if lockdown might lead to deadly backlogs in the health system, and to a decline in people’s mental health, and to a regression of children’s social skills, and to an economic downturn that might have severely negative consequences, meant we never properly talked about those things. Which means now that all those things are happening – it turns out some of the dissenters were right – our societies are startled, and clueless.

There’s a lesson here: censorship is an incredibly destructive force. The suppression of dissent is always, in every single situation, a bad idea. It reduces a society’s ability to explore angles, examine possibilities, imagine future scenarios. Going forward, we must never again allow experts to suppress whatever they decree to be anti-scientific or dangerous thought. On every issue, from pandemics to the climate to the economy, people’s freedom to think and speak and warn must reign.