Trans lunacy has blinded the left

Labour needs to stop listening to its mad, trans-activist fringe. 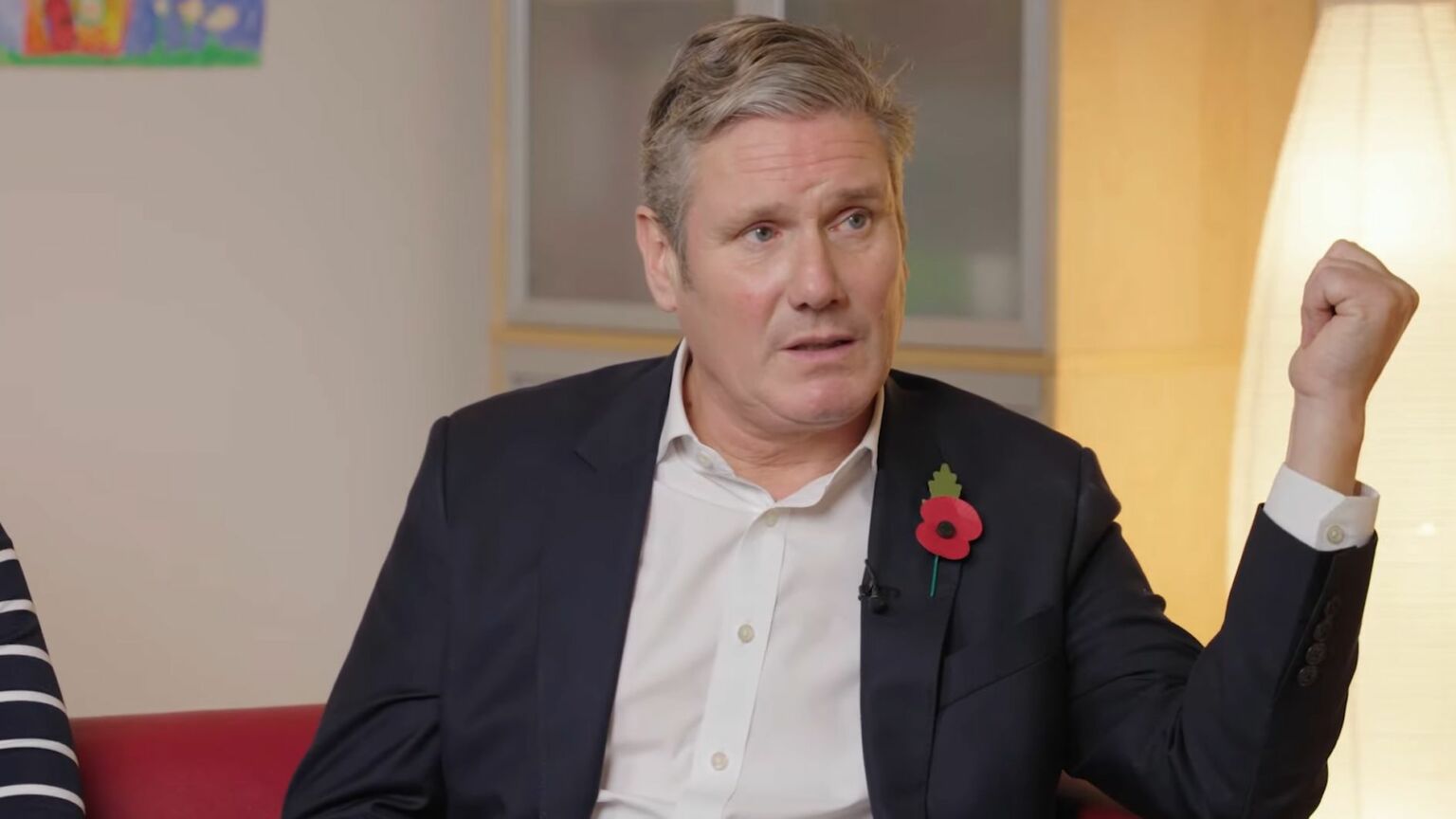 As Labour leader Keir Starmer sat on the Mumsnet leatherette sofa, fielding questions from platform founder Justine Roberts, one could almost feel the sweat trickling down the back of his jacket. Roberts had just hit on that thorniest of issues – the question of children who identify as transgender. With a pained, constipated expression, Starmer attempted to outline his thoughts on the interim report by paediatrician Dr Hilary Cass, who is conducting a review into how the NHS should treat children who want to change their gender. ‘I feel very strongly that children shouldn’t be making these very important decisions without the consent of their parents’, Starmer limply conceded.

The Mumsnet interview took place last week, though a clip of it has gone viral on Twitter in the past day or so. While most people would likely agree with Starmer that sometimes children don’t know what is best for them, his comments have sent the woke left into meltdown. Apparently, Starmer’s tepid words amount to an ‘anti-trans dog whistle’.

Desperate to give his steaming hot take, Guardian columnist Owen Jones declared Starmer’s comment on parental consent ‘beyond aggravating’. He also made the extraordinary claim that parents who ‘refuse to affirm’ their children in their chosen gender are ‘abusing them’ and ‘imposing… trauma’ on them.

Meanwhile, Novara Media editor and ‘luxury communist’ Ash Sarkar responded by comparing the social transitioning of children – that is treating them, for all intents and purposes, as the opposite gender – to getting a haircut. She informed her 400,000 Twitter followers: ‘When I was 13, I cut off all my hair, and kept it short until I was 21.’ ‘Should I have been legally prohibited from going to the hairdressers, or should that only be a special rule discriminating against kids who think they might be trans or nonbinary?’, she asked.

These absurd responses should not surprise us. This, after all, is the topsy-turvy world of the woke. Where children can apparently give informed consent to medical interventions that have life-long consequences. And parents who seek to protect youngsters from this are cast as cruel transphobes. This is a worldview utterly impervious to reason and evidence. Neither the anguish of parents whose children have been placed on an irreversible medical pathway, nor the warnings from those who regret their transition, nor even the growing chorus of concerns from clinicians across the world seem to trouble the blinkered ideologues on this fringe.

In his Mumsnet interview, Starmer was careful to avoid confirming whether he had actually read the interim Cass report, which was published back in February. It certainly seems safe to assume that none of the Twitterati who slammed him has read it. Because the observations in this interim review are utterly jaw-dropping. The review process is not even finished, yet it has already led the NHS to announce the closure of its Gender Identity Development Service (GIDS) at the Tavistock clinic. And it has led to a radical rethink within the NHS on how best to treat gender-confused children. According to recently proposed NHS guidelines, young people’s trans identification should be seen as a phase. They also warn that the social transitioning of children, which Sarkar likened to a haircut, could have ‘significant effects’ on a child’s ‘psychological functioning’.

The Cass report also highlights the fact that GIDS had been giving children experimental puberty-blocking drugs, despite their long-term effects being largely unknown. And instead of taking a holistic approach to treatment, instead of trying to explore why a child feels distressed about his or her gender, some clinicians at GIDS would simply take children at their word. If a boy said he was a girl, he would be treated as such and given medication to help him transition. The clinicians involved believed this ‘affirmation’ approach was the kindest way forward.

As a direct result of this, a slew of former patients are now coming forward to express their regret. Many of them decided to change gender when they were too young to buy a lottery ticket. Yet they will have to live with the physical and psychological consequences for the rest of their lives.

For more than a decade, numerous GIDS clinicians tried to sound the alarm. But they were pushed out and marginalised. For instance, when the Tavistock’s safeguarding lead, Sonia Appleby, tried to report clinicians’ concerns to management, she was branded ‘hostile’ and accused of having an ‘agenda’.

Condemning what has been allowed to happen at the Tavistock clinic should be a no-brainer for any politician. Because to those not blinded by faith in the gender gods, what has been done to children in the name of trans ideology is a medical scandal. It is testament to the moral deficit of the woke left that it would seek to downplay this.

Earlier this year, Sajid Javid, who was health secretary when the interim Cass review was published, compared the fear of being branded ‘transphobic’ for raising concerns about the Tavistock to fears of being called racist when discussing the Rotherham grooming-gangs scandals. The parallels are indeed overwhelming. In both cases, some of the most vulnerable children in the UK were put at serious risk of harm. And those who should have known better turned the other way because they did not want to cause offence.

The rash response to Starmer’s comments needs to be a wake-up call for the Labour Party. This episode offers a clear lesson as to why pandering to the woke will get you nowhere. Theirs is a grievance-driven ideology that will always find new things to be offended by. We need politicians who have the courage to ignore their accusations of ‘transphobia’ – and who will put children’s welfare first.