The New Zealand PM is the kindly face of 21st-century authoritarianism. 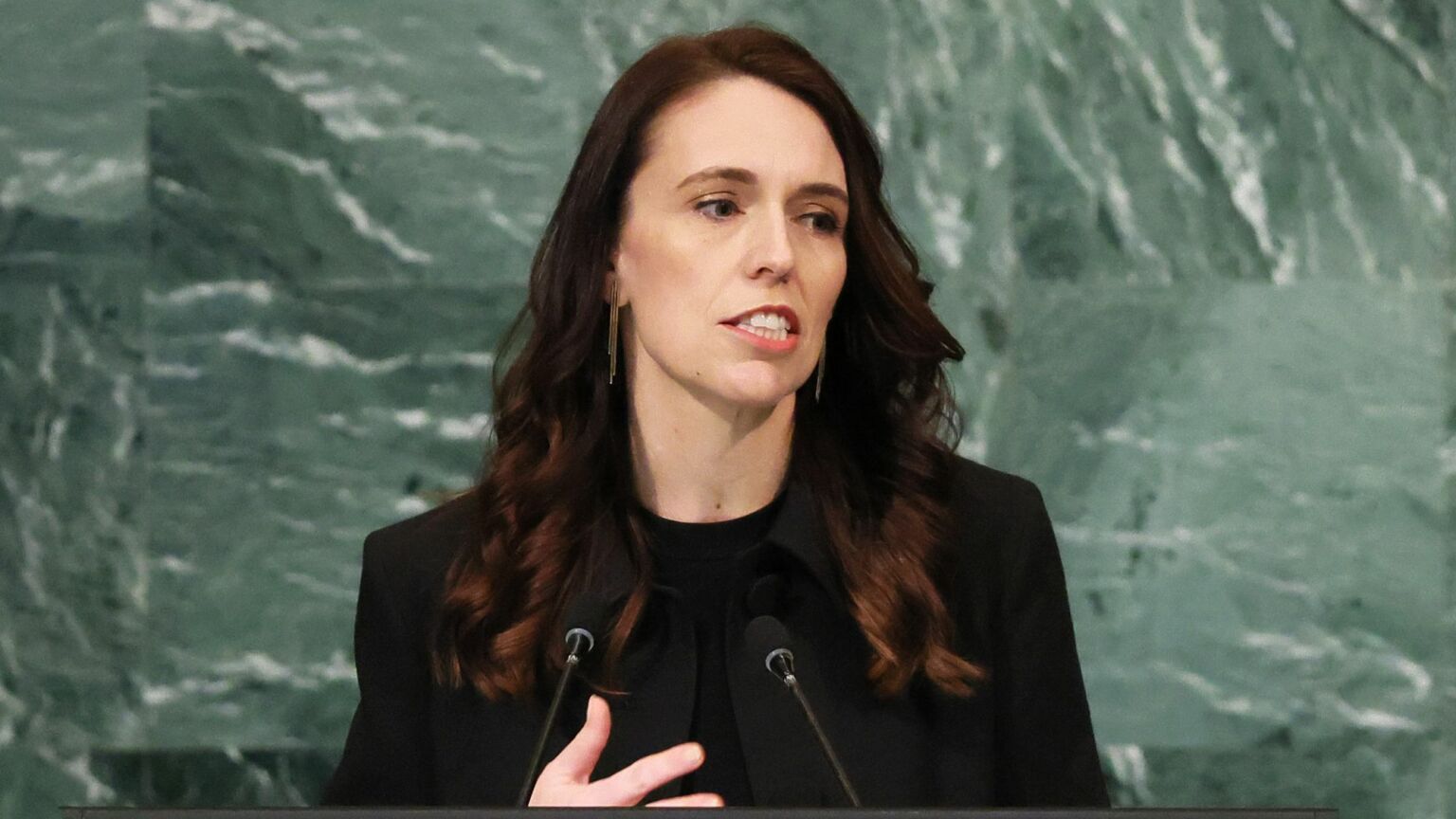 Tyranny has had a makeover. It’s no longer a boot stamping on a human face forever. It isn’t a gruff cop dragging you into a cell for thinking or expressing a ‘dangerous’ idea. It isn’t a priest strapping you to a breaking wheel. No, authoritarianism is well-dressed now. It’s polite. It has a broad smile and speaks in a soft voice. It is delivered not via a soldier’s boot to the cranium but with a caring liberal head-tilt. And its name is Jacinda Ardern.

New Zealand’s PM, every online liberal’s favourite world leader, has gone viral over the past 24 hours following the circulation of the shocking speech she gave at the UN last Friday. Before the assembled leaders of both the free world and the unfree world, Ms Ardern raised the alarm about a new ‘weapon of war’. It’s a ‘dangerous’ one, she said. It poses a grave ‘threat’ to humankind. It threatens to drag us headlong into ‘chaos’. We must act now, she pleaded with the powerful, so that we might disarm this weapon and ‘bring [the world] back to order’.

What is this terrible weapon, this menacing munition, that Ms Ardern so passionately wants to decommission? It’s freedom of speech.

She was talking about words. Seriously. About ideas, disagreement, dissent. Her speech focused on the alleged scourge of ‘mis- and disinformation online’. We must tackle it, she said. She acknowledged that some people are concerned that ‘even the most light-touch approaches to disinformation’ could come across as being ‘hostile to the values of free speech’. You’re damn right we are. But us global elites must nonetheless root out virtual bullshit because it can ‘cause chaos’, she said.

Really getting into her stride, she said speech can sometimes be a ‘weapon of war’. Some people use actual weapons to inflict harm, others use words: ‘The weapons may be different but the goals of those who perpetuate them is often the same… [to] reduce the ability of others to defend themselves.’ ‘War is peace’, said Big Brother. Big Sister Jacinda Ardern sees it a little differently: war is speech. Words wound, ideas kill – that’s the hot take of this globe-trotting luvvie against liberty.

And she really is talking about ideas. Modern politicians who wring their hands over ‘misinformation’ or ‘disinformation’ are usually just talking about beliefs they don’t like. So at the UN, Ms Ardern gave climate-change scepticism as an example of one of those ‘weapons of war’ that can cause ‘chaos’. ‘How do you tackle climate change if people do not believe it exists?’, she asked. Critiquing climate-change alarmism, calling into question the eco-lobby’s hysterical claims that billions will die and Earth will burn if we don’t drastically cut our carbon emissions, is an entirely legitimate political endeavour. In treating it as a species of Flat Earthism, as ‘disinformation’, the new elites seek to demonise dissenters, to treat people whose views differ to their own as the intellectual equivalent of warmongers. Barack Obama also claims that ‘misinformation’ about climate change – which, in his view, includes painting the environmentalist movement in a ‘wildly negative light’ – is a threat to the safety of humanity. Be mean about greens and people will die.

Call me a ‘weapon of war’, but I believe freedom of speech must include the freedom to be negative – even wildly so – about eco-activists. Activists, by the way, whose hype about the end of the world could genuinely be labelled misinformation. But they are never branded with that shaming m-word. That’s because misinformation doesn’t really mean misinformation anymore. It means dissent. Deviate from the woke consensus on anything from climate change to Covid and you run the risk of being labelled an evil disinformant.

Indeed, one of the most striking things about Ardern’s speech was her claim that if the elites ignore ‘misinformation’, then ‘the norms we all value’ will be in danger. This is the most common cry of the 21st-century authoritarian – that speech can have a destabilising and even life-threatening impact, especially if it concerns big crises like climate change or Covid-19. So ‘climate deniers’ are a threat to the future of the human race and thus may be legitimately silenced. ‘Lockdown deniers’ threaten to encourage the spread of viral infection and thus may be legitimately gagged. The spectre of crisis is cynically used to clamp down on anyone who dissents from the new global consensus. Images of Armageddon are marshalled to justify censorship of troublemakers. ‘Chaos’, as Ardern calls it – that’s what will unfold if your reckless, dangerous ideas are given free rein.

To see how authoritarian the desire to clamp down on ‘misinformation’ can be, just consider some of the other world leaders who likewise used the platform of the UN to call for tougher controls on speech. Muhammadu Buhari, the brutal ruler of Nigeria, focused on his nation’s ‘many unsavoury experiences with hate speech and divisive disinformation’ and joined the calls for a clampdown on the ‘scourge of disinformation and misinformation’. Russia’s foreign minister, Sergey Lavrov, bemoaned the ‘disinformation’ against his nation. The chattering classes cheering Ms Ardern for standing up to ‘fake news’ are implicitly cheering Buhari and Lavrov, too. They are as one with that woke kween when it comes to chasing ‘misinformation’ from the public sphere.

Freedom of speech is in peril. And it isn’t only threatened by obvious strongmen – like the corrupt rulers of Nigeria or the theocratic tyrants of Iran – but also by a smiling PC woman who is feverishly fawned over by virtue-signallers the world over. Ms Ardern’s UN speech exposed the iron fist of authoritarianism that lurks within the velvet glove of wokeness. From her brutal lockdown, which forbade even New Zealand’s own citizens from returning to their home country, to her longstanding war on ‘extremist’ speech, this is a woman who poses as liberal but can’t even spell the word. If you want a picture of the future, don’t imagine a boot stamping on a human face forever – imagine Jacinda Ardern putting her arm around your shoulder and telling you with a toothy smile that you’re going to have to sacrifice your liberty to save the world from chaos.