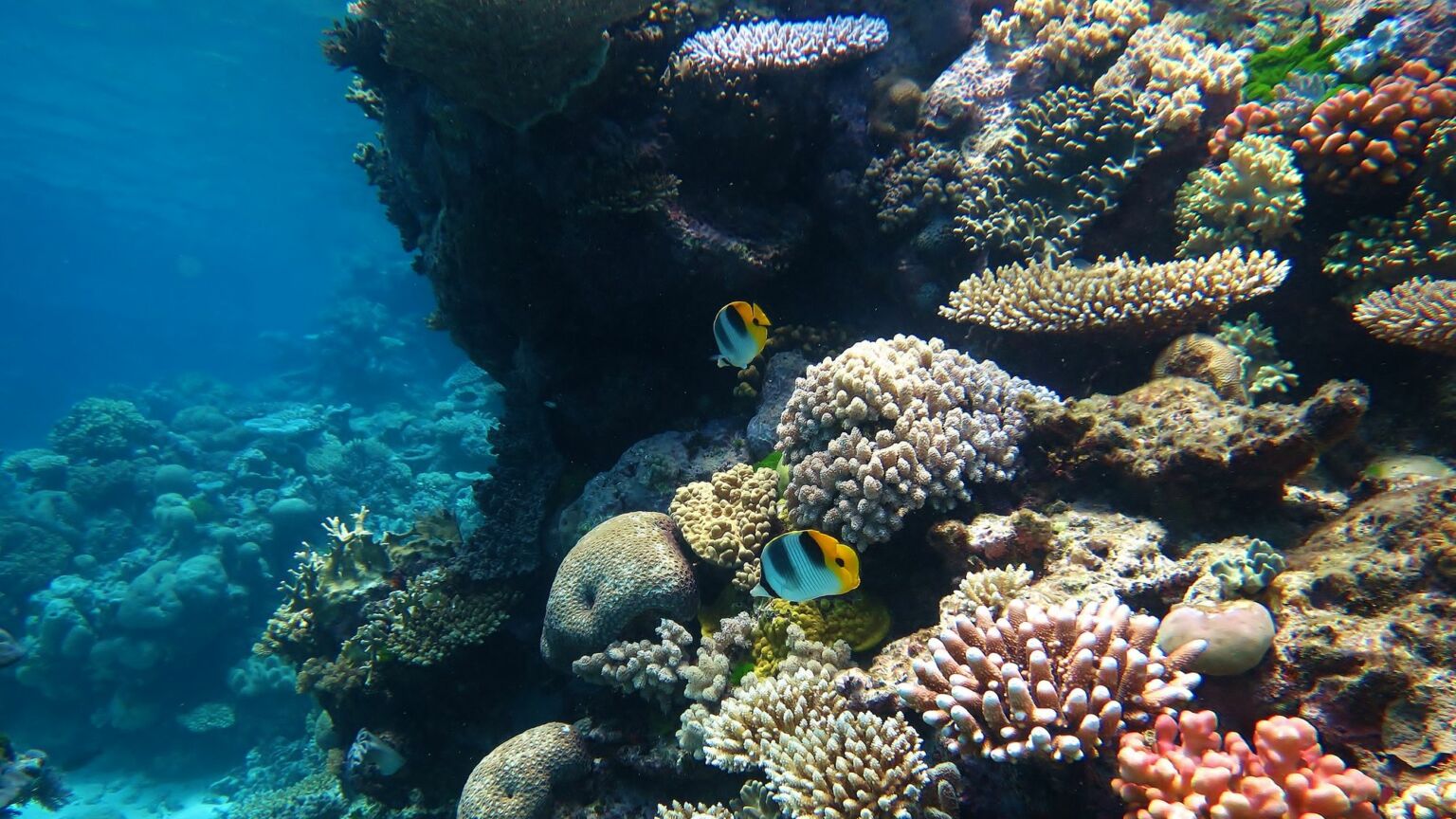 The Great Barrier Reef is not dying, and the world is not coming to an end.

So it turns out that reports of the Great Barrier Reef’s death were greatly exaggerated. For years we were told that this glorious coral reef off the coast of Queensland was being slowly strangled by mankind. The Guardian even published an obituary. It was literally titled ‘The Great Barrier Reef: an obituary’. ‘[The] seeds of the reef’s destruction are well embedded’, it declared. And we all know who was to blame for this ‘destruction’: marauding mankind. It’s always us. Shipping, the transformation of the reef into a tourist hotspot and, of course, Queensland’s evil coal industry have been on a ‘collision course’ with this natural wonder for decades, we were told. ‘Climate change is killing the Great Barrier Reef’ – that was the frank, scary verdict in 2017.

And now? The reef is fine. It’s in better nick than it has been for ages, in fact. The reef’s obituarists focused on the problem of ‘bleaching’. This is where the coral becomes stressed by warmer-than-average waters, responds by expelling the algae that live within it, and then becomes weak and sometimes dies. The coral turns a deathly white, hence the term ‘bleaching’. Huge swathes of the coral in this vast reef system, which stretches for a mind-boggling 1,400 miles, have been bleached in recent decades. And unless ‘climatic conditions are stabilised’, unless mankind reins in his Earth-warming, sea-heating antics, then the rest could be bleached too, we were told. Only that isn’t what has happened. At all. A new survey of the reef by the Australian Institute of Marine Science reports that coral cover on the reef has recovered spectacularly. In two-thirds of the reef, coral cover is at its highest level since records began, 36 years ago. From newspaper obituaries just a few years ago to good health in 2022 – this reef is the Lazarus of the natural world.

We should remind ourselves just how important reports of the reef’s death were to the climate-change narrative. There were endless fear-stirring headlines about the lethal threat posed by industrious mankind to Earth’s largest coral reef system. Images of the sick white coral were used to boost the eco-sermonising of the elites, to add weight to their narrative about the human impact on the natural world being a wicked and murderous thing. Greenpeace even held an underwater protest in the reef, with a banner saying ‘Coal is killing the reef’. Really? Coal production in Queensland has steadily risen – Queensland produces millions of tonnes of coal every year – and yet the reef’s health has improved. Fake news, Greenpeace?

The ‘somewhat surprising’ news about the reef’s good health – as one newspaper diplomatically describes it – is a very serious blow to the apocalyptic scaremongering of the eco-elites. Of course, as almost every news report has pained itself to point out, the fact that there has been a stunning recovery in coral coverage does not mean there won’t be mass bleaching events in the future. (‘Great Barrier Reef’s record coral cover is good news but climate threat remains’, says the ever-depressive Guardian. Every silver lining has a cloud.) And yet the current recovery of the reef does call into question the catastrophism of the green worldview, the tales of terminal decline that eco-hysterics constantly bombard us with. Humanity, as they never tire of reminding us, is continuing to produce and pollute and generally be a pox on the planet, and yet, at the very same time, the reef’s health has improved. Maybe we aren’t the mass murderer of nature after all?

The death of the Great Barrier Reef is only the latest eco-apocalypse that has failed to materialise. For decades our hairshirt elites have been forecasting death and doom on a global scale, and none of it has happened. Remember ‘global cooling’, the 1970s idea that Earth was headed for a new Ice Age? Even the CIA predicted ‘detrimental global climate change’, with ‘more snow [and] cold spells’. It was bunkum, of course, as this week’s heatwave attests. ‘The Ice Age that never happened’, as one headline put it a few years ago. Then there was the ‘population bomb’, the feverish belief that so many pesky humans were being born that we wouldn’t be able to feed them all, another 1970s panic. This neo-Malthusian nonsense also fell apart upon contact with reality. There are almost eight billion souls on Earth right now – compared with less than four billion in 1970 – and our revolutionised, fertiliser-rich system of agriculture means we can sustain them all.

My 1980s generation will remember scary school discussions about ‘acid rain’ – another apocalyptic scenario that came and went. ‘Deforestation’ was another oft-told eco-horror story. Mankind is killing the world’s forests, we were told. In truth we’re living in a period of ‘forest gains’. Even forest loss in the tropics is being ‘offset by gains elsewhere’. And how about global greening? Since 1982, 618,000 square kilometres of extra green leaves have been added to the planet each year. That’s the equivalent to three Great Britains a year. Greenery, like the Great Barrier Reef, is doing just fine.

Eco-alarmists aren’t only wrong about the death of Earth – they’re wrong about life on Earth right now. The message they constantly send is that everything is dire. The big, disgusting ‘human footprint’ on poor Mother Earth is causing heatwaves and storms and death on an unprecedented scale, they say. It is all so overblown. We are actually safer from nature’s violent whims than we have ever been. The number of people dying in natural calamities fell from around 500,000 a year in the 1920s to 14,000 in 2020. That’s a 96 per cent drop. The percentage of human beings living in poverty fell from more than 80 per cent at the start of the 19th century to less than 20 per cent in the 2010s. Deaths from disease and war have also declined dramatically in the modern era. Child labour, too. Life expectancy, meanwhile, has shot up. In Europe, it went from 34 years to 79 years between 1770 and 2019. That is, at the exact time that mankind was having industrial revolutions and allegedly being a plague on the planet, the health and prospects of humanity improved in a way our ancestors could only have dreamed of. It’s almost as if modernity is good for us.

We must never let the anti-industrial rage of the elites blind us to how brilliant our impact on the planet has been. We haven’t destroyed Earth – we have tamed it and civilised it; we have unlocked its secrets; we have transformed this wild and unpredictable ball in space into a planet that can happily host eight billion people, and more besides. Occasionally bleached coral is a very small price to pay for the liberation of humanity from death and drudgery, wouldn’t you say?

Of course things are far from perfect. We’re heading into a serious economic and energy crisis. It will hit the working classes in the West and the people of the South hardest of all. But this crisis is not an indictment of modern human society. On the contrary, it’s an indictment of the elites’ turn against modern human society. Decades of eco-doom-mongering, of fury against fossil fuels, of constant demands for a slowing down of economic growth and for a violent shrinking of the ‘human footprint’, have unquestionably helped to drag us into this worrying new reality of energy crisis and shortages. It isn’t the ‘human impact’ on the planet we should be worried about – it’s the establishment’s hostility to the ‘human impact’ on the planet. Mastery of nature is essential if we are to continue improving human life. It will also help us to look after nature itself, including its greatest wonders like the Great Barrier Reef.