Why the EU elites hate Hungary

No, Viktor Orbán's Hungary is not an 'electoral autocracy'. 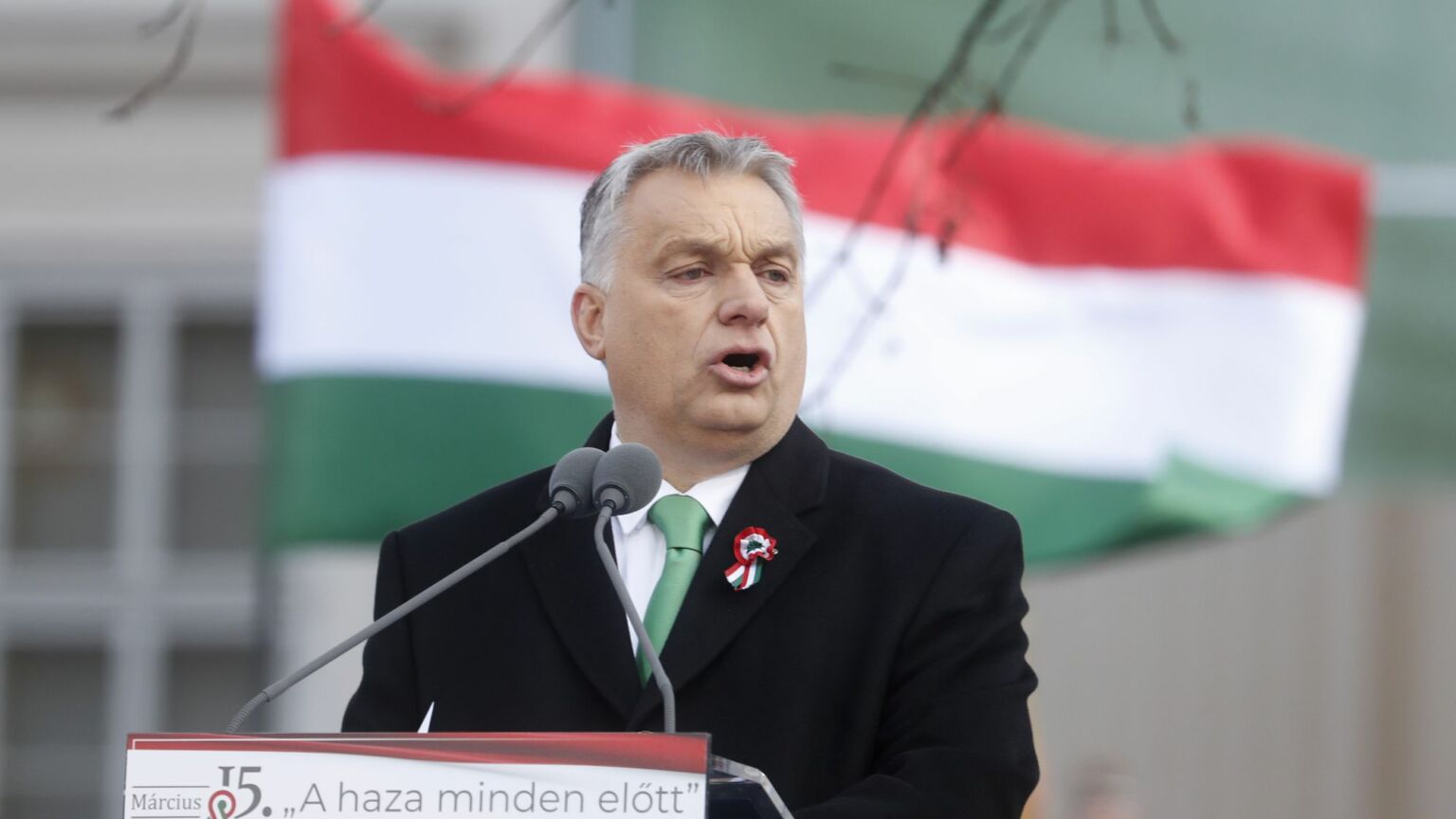 The EU’s demonisation of Hungary has reached a new low. Last week, the European Parliament agreed on a resolution, stating that Hungary is an ‘electoral autocracy’ and not a ‘full democracy’, and that it is undermining European values. A few days later, the European Commission recommended suspending €7.5 billion in funding to Hungary, citing concerns over democratic backsliding.

To understand why the European Parliament arrived at such a fanciful description of Hungary, we have to look back to the Hungarian General Election of 2010. The governing Hungarian Socialist Party was deeply unpopular, having taken Hungary to the edge of economic ruin. There was little surprise, then, when it was roundly defeated by Viktor Orbán’s Fidesz Party, which won 52.7 per cent of the vote and a majority in parliament.

One of the first acts by the new Orbán government was to impose heavy taxes on several formerly state-owned companies, which were now in the hands of foreign, mostly German, owners. These utility, energy and telecom companies had been sold far below their market value during the 1990s and 2000s. Corruption was rife among them, but few in the EU complained at the time, mainly because the likes of Germany were benefitting.

Orbán’s move against these companies created a huge amount of resentment in the EU. Indeed, much of the EU’s animus towards Hungary today can be traced back to this moment. But if the decision to tax foreign-owned companies was Hungary’s original economic sin, the EU was soon to find Hungary guilty of ‘ideological crimes’, too.

Over the past decade, Orbán has not only defended traditional Christian and democratic values, he has also openly challenged the EU’s progressive pieties. As a result, he has become the public enemy No1 of the woke European elites, and the chief target of the European Parliament. This latest resolution is only the most recent in a long line of ideologically motivated attacks.

There is a grain of truth to some of Brussels’ criticisms of Hungary. Corruption is indeed a problem. And some minorities do indeed endure hardship in Hungary. Roma people, for example, are often discriminated against, albeit socially rather than legally. And the government could certainly do more to tackle this problem.

But the situation faced by Roma people is no worse in Hungary than in many other EU countries – and none of these has been singled out by the European Parliament. In general, ethnic and national minorities have more extensive rights in Orbán’s ‘autocracy’ than in at least half a dozen EU member states.

The same goes for LGBT people, despite the constant accusations that Hungary is a hotbed of homophobia. LGBT people have more legal protections in Hungary than in Bulgaria, Latvia, Lithuania, Cyprus, Romania and Slovakia. And they face less harassment in ‘terrible’ Hungary, than in France and half a dozen other EU member states, according to the Fundamental Rights Agency of the European Union.

The European Parliament’s resolution also claims that freedom of expression, including media pluralism, is curtailed in Hungary. This is nonsense. The most popular TV broadcaster, with the most-watched news programme, is in fact the German-owned RTL Klub. RTL Klub news heavily favours Fidesz’s opponents and is usually highly critical of the government. The state-owned M1 channel’s viewership is paltry compared to other channels. And Hungary’s biggest online news sites, index.hu and 24.hu, are not pro-government. Indeed, in 2021 the sites that are usually critical of the government had a far larger reach than pro-government sites.

Just as misleading is the European Parliament’s contention that Hungary’s elections are not free and fair. Nobody doubted the elections were free and fair in 2006, when Fidesz received 42 per cent of the vote. Or in 2010, when Orbán got almost 53 per cent of votes. Since then, Fidesz has received between 44.9 per cent (in 2014) and 54.1 per cent (in 2022). This fairly constant vote share shows that Fidesz polls well in elections not because they are rigged, but because it has a large base of public support to draw on. The opposition, meanwhile, has failed to attract enough popular support.

Hungary is also accused by the European Parliament of treating migrants and refugees badly. This again is disingenuous. Hungary is indeed very tough on illegal migration. It defends its borders with far more toughness than most EU countries. But when there is a war in a neighbouring country, as there is now in Ukraine, Hungary opens its doors. Almost 1.4million Ukrainians crossed into Hungary this year, with 29,000 registering for temporary protection. And Hungarians have welcomed these refugees with open arms.

Overall, the European Parliament’s demonisation of Hungary is completely unwarranted. Hungary is a democracy. Its rebellion against woke ideology and its willingness to upset the economic interests of major European firms are the real reasons for EU elites’ feverish attacks.

Hungary is not perfect. Society is polarised, with deep divisions between left and right. But this European Parliament resolution will only deepen the rift. It has emboldened one half of Hungarian society, while unjustly humiliating the other. Make no mistake, the EU is now doing serious damage to Hungarian national life.