How identity politics is whipping up hatred and violence in our communities. 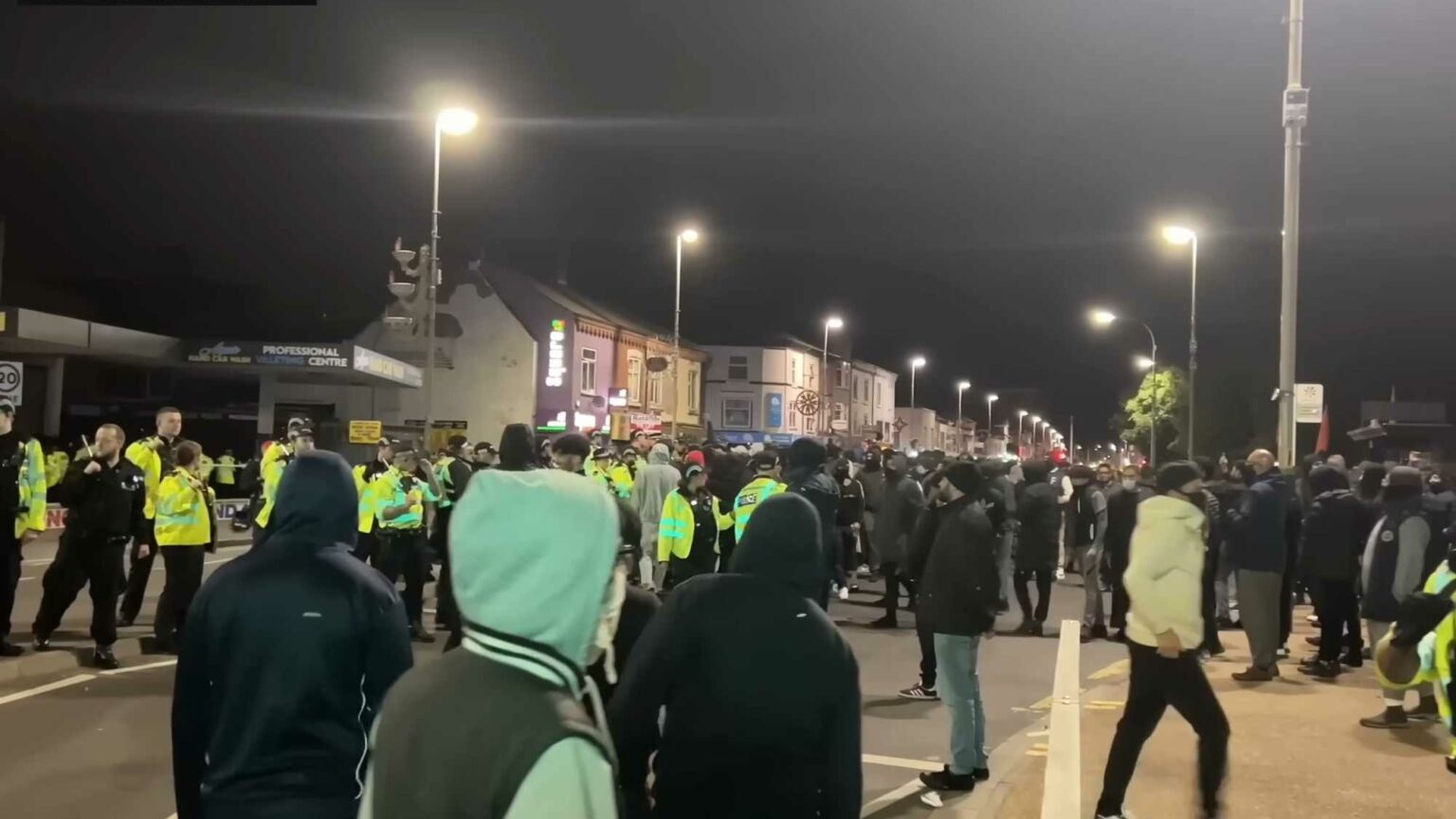 There are two disturbing things about the Muslim-Hindu clashes in Leicester. The first is the violence itself. Gangs of men have clashed across the city. Hundreds of Muslim and Hindu youths in balaclavas and Covid masks – those plague-era face-coverings still have their uses, it seems – have confronted each other on normally quiet suburban streets. Glass bottles have been thrown, a knife was allegedly wielded (one man was arrested on suspicion of possessing a ‘bladed article’). It really blew up on Saturday night into Sunday morning, as the rest of the country was preparing for the queen’s funeral. You couldn’t have asked for a better, more depressing snapshot of fragmented Britain: a display of solemn unity in Westminster, violent religious streetfighting in Leicester.

The second disturbing thing is the moral evasion of the elites. The political and media establishments seem utterly unwilling to grapple, honestly, with this explosion of identitarian tension on the streets of England. Even where they do talk about Leicester’s strife, evasion remains the name of the game. It’s all the fault of outsiders, many are saying. As the Leicester Mercury summed it up, it is being ‘widely claimed’ that ‘a number of more recent migrants to the city hold far-right Hindu nationalist views’. Those backward Indians coming over here and disrupting our multicultural paradise. This is issue-avoidance on an epic scale. Blaming foreign agents for clashes in the Midlands is a desperate attempt to distract attention from the domestic ideologies that have whipped up identitarian tension. Primarily the ideology of multiculturalism, that hyper-divisive worldview. It is that ideology’s unravelling we are now witnessing in Leicester.

Easy, convenient explanations for the violence are best avoided. The tensions kicked off following the India-Pakistan cricket match in the Asia Cup in Dubai on 28 August, yet pretty much everyone will admit these clashes are not about cricket. Some say the violence represents the importation of the Kashmir conflict into communities in the UK. Leicester seems to have become a ‘mini-Kashmir’, as one writer puts it, with Pakistani-aligned youths and India-aligned youths fighting pitched battles. There’s truth in this, in the claim that the communal tensions of the subcontinent have made a grim appearance in parts of the UK. But even this speaks to the larger internal problem of multiculturalism.

After all, if young people in Leicester feel a greater affinity with Pakistan or India than they do with the country they grew up in, then clearly ‘multicultural Britain’ is failing to cohere its diverse communities around any sense of Britishness or belonging. That a mini-Kashmir erupted in Leicester at the same time as others were taking part in the shared national experience of the queen’s funeral speaks to the Balkanising impact of the homegrown ideology of multiculturalism. The problem here is not immigration or the everyday experience of diversity. It certainly isn’t the recent arrival of Modi fanatics. No, it’s the way multiculturalism, as an ideology, grates against the idea of a common culture, of national identity, and instead implicitly invites communities to live in their own cultures, their own worlds. If youths in Leicester feel more passion for Kashmir than the queen, we have a problem.

And it’s a problem that’s been a long time coming. Those startled that Leicester has been rocked by communal tensions are naive. But it’s a model multicultural city, they say. Yes, that’s the problem. Multiculturalism sowed the seeds of today’s violent grief. Community tensions are hardly new in multicultural Britain. From the Oldham riots of 2001 to the recent grooming-gang scandals, community tensions have been simmering and sometimes blowing up for years. Even in ‘model’ Leicester things were far from happy and peaceful. As the Leicester Mercury says, even before that now infamous cricket match, ‘tensions had been rising between different minority communities for quite some time’. Pinning the blame for Leicester’s woes on newly arrived Indians is cynical and ignorant. It smacks of the kind of immigrant-bashing that liberals would normally be opposed to.

Actually, we need to talk about India-bashing specifically. Another disturbing aspect of Leicester has been some people’s attempt to put the blame entirely on the Indian-heritage community; to say it’s all down to people with ‘Hindu nationalist views’. A writer for Middle East Eye says Muslims are primarily the ‘victims’ here. He compares the ‘Hindutva-inspired march of around 200 men mostly in balaclavas’ to the ‘racist actions of the English Defence League’. The identitarian set is always painting the Muslim community as blameless. There is, ironically, a powerful streak of racial infantilisation in such Islam-absolving narratives. The idea that Muslims are the cause of every problem in the UK is, of course, deeply bigoted – but so is the idea that they are never to blame for anything, that they are always just the wide-eyed innocents caught up in things.

With depressing predictability, the discussion about Leicester is morphing into yet another effort by the guardians of multicultural correct-think to distract attention from some of the problems associated with Islam and integration in modern Britain. This reflects another poisonous element of multiculturalism: the creation of an identitarian hierarchy. Such is the fragmenting dynamic of the identitarian worldview that it now even divides communities by moral worth. You’re either ‘privileged’, and thus suspect, or ‘oppressed’, and thus good. Britain’s Indian-heritage communities have firmly been placed in the ‘privileged’ camp. Consider the extraordinary double standards the woke elites display when discussing the Hindu community vs the Muslim community. Indian protesters in Leicester have widely been referred to as ‘far right’. Yet if any commentator refers to radical Islamists as ‘far right’ or ‘fascistic’, they risk being denounced as Islamophobic. In the identitarian ideology, Hindus are fair game for criticism, even hate, whereas Muslims must always be protected from criticism, debate and any kind of blame whatsoever.

Is it any wonder tensions are rising? Britain’s new elites ridicule the idea of a common British culture, and at the same time elevate some communities as perfect and blameless while denouncing others as privileged and extreme. It is all a recipe for separatist mayhem. We don’t need foreign agents to come here and divide the people of Britain. Our own establishment has already done a fine and terrifying job of that.