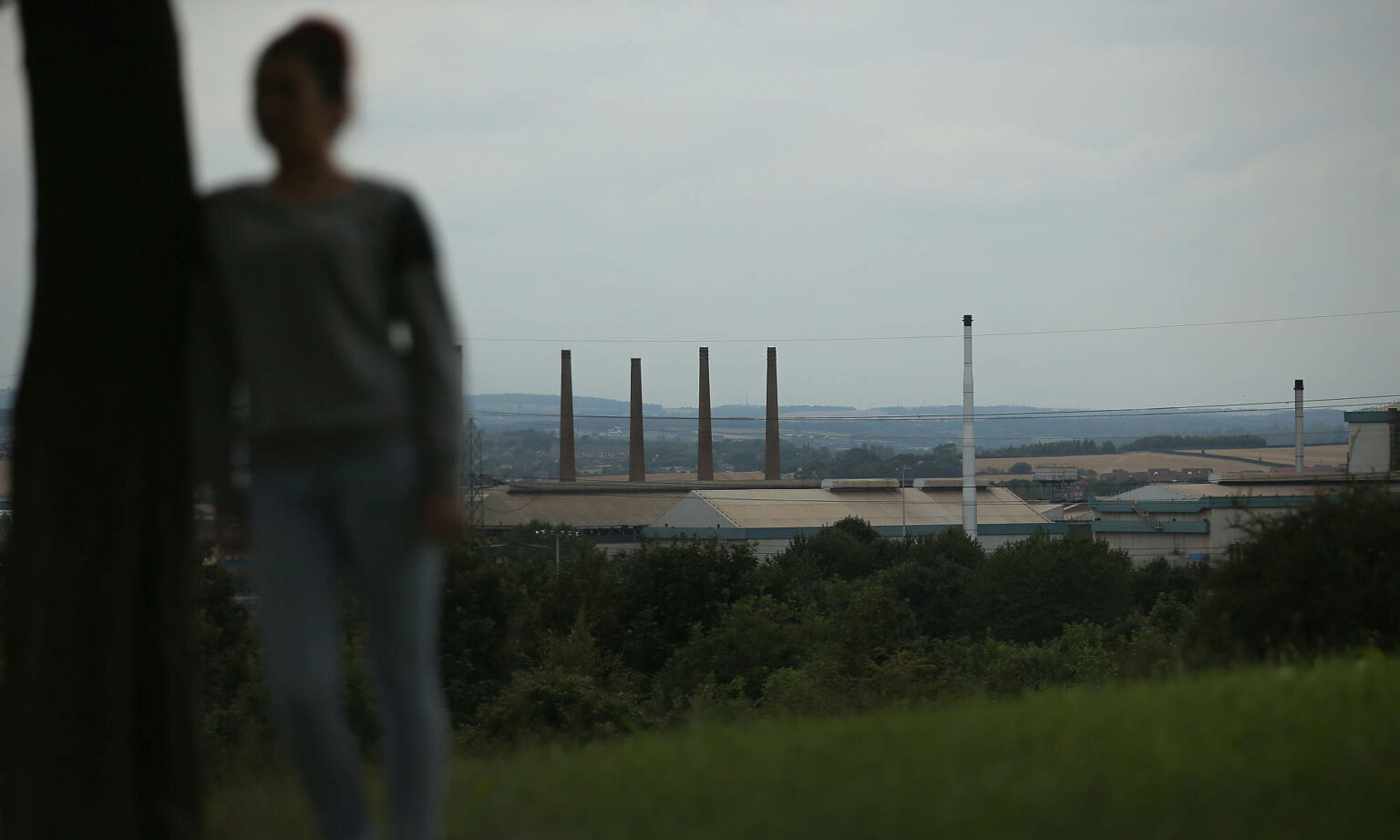 How the British state turned a blind eye to the rape of thousands of children.

The report into grooming gangs in Telford in the West Midlands, published last week, told an all-too-familiar story. Groups of men, of largely Pakistani heritage, sexually abused young girls for years while the authorities, fearful of appearing racist, did nothing.

This ought to shame the nation. Over and over again, we have seen the same story unfold. Local councils and police forces, paralysed by the forces of political correctness and identity politics, have failed spectacularly to protect the children and young people in their care.

This raises urgent questions: How did we get here? What is the true scale of the problem? And what can be done to tackle it?

Rotherham, a large market town in South Yorkshire, is at the heart of the grooming-gangs scandal. In 2012, The Times revealed that a confidential 2010 police report had warned that vast numbers of children were being sexually exploited in South Yorkshire each year by organised networks of men ‘largely of Pakistani heritage’. South Yorkshire Police and local child-protection agencies were shown to have knowledge of widespread, organised child sexual abuse. And yet they had failed to act on that knowledge.

Rotherham borough council, South Yorkshire Police and other agencies responded by setting up a child sexual exploitation (CSE) team to investigate the reports. In 2013, an independent inquiry led by Professor Alexis Jay was launched. Her subsequent report into child sexual exploitation in Rotherham, published in 2014, made for horrific reading. It found that at least 1,400 children had been subjected to sexual abuse between 1997 and 2013. Jay detailed how girls as young as 11 had been raped, trafficked, abducted, beaten and intimidated by men predominantly of Pakistani heritage.

Jay was also deeply critical of the institutional failures that had allowed organised child sexual abuse to flourish in Rotherham. She concluded that there had been ‘blatant’ collective failures on the part, firstly, of the local council, which consistently downplayed the scale of the problem; and secondly, on the part of South Yorkshire Police, which failed to prioritise investigating the abuse allegations. Indeed, the Jay Report found that the police had ‘regarded many child victims with contempt’. The inquiry discovered cases involving ‘children who had been doused in petrol and threatened with being set alight, threatened with guns, made to witness brutally violent rapes and threatened they would be next if they told anyone’. One young person told the inquiry that gang rape was a normal part of growing up in Rotherham.

The Jay Report also took the local authorities to task for elevating concerns about racial sensitivities over the protection of the children in their care. As the Jay Report put it: ‘Several [council] staff described their nervousness about identifying the ethnic origins of perpetrators for fear of being thought as racist; others remembered clear direction from their managers not to do so.’

The cases all bear striking similarities. The mainly Pakistani-heritage perpetrators. The vulnerable young victims, usually in care. And in each case, as later reports were to reveal, the authorities had been afraid to tackle the abuse for fear, effectively, of being called racist.

In 2020, an independent review concluded that dozens of teenage girls thought to have been groomed and sexually abused in Manchester by groups of largely Pakistani men had been failed by police and officials. The review revealed that the authorities feared that an in-depth investigation would destabilise race relations in Manchester. The report – co-authored by Malcolm Newsam, a childcare expert, and Gary Ridgway, a former Cambridgeshire Police detective superintendent – suggested that Greater Manchester Police and Manchester City Council effectively sidelined an investigation into grooming gangs due to ‘sensitive community issues’ and concerns over the risk of inciting ‘racial hatred’.

Much of the report’s focus was on Operation Augusta, which was set up in 2004 after the death of 15-year-old Victoria Agoglia. She died in 2003, two months after reporting that an older man had sexually assaulted her and injected her with heroin. Augusta subsequently identified at least 57 victims – mainly white girls aged between 12 to 16 – and some 97 potential suspects, mainly of Pakistani origin, across the Greater Manchester region. However, senior officers at Greater Manchester Police deprived the investigation of resources, before shutting it down completely, with the support of Manchester City Council. Only three people were convicted in court.

The report suggested that police officers were keen not to be seen ‘targeting another minority group’, after they had recently dealt with cases involving members of the local Kurdish population. Margaret Oliver, a retired detective who worked on Operation Augusta and is now set on exposing the institutional failures over grooming gangs, has publicly stated that Augusta was prematurely closed down. Oliver said that the intelligence team on Augusta had discovered an organised group of offenders – a coordinated intergenerational group in which younger men were tasked with the responsibility of picking up young girls and befriending them, before passing the children on to be abused at ‘sex parties’ by older men.

Yet Greater Manchester Police preferred to look the other way.

The authorities in Greater Manchester have been cast in an especially grim light by the unfolding grooming-gangs scandal. In June this year, an independent review into historical child sexual exploitation in Oldham found, once again, that vulnerable children had been failed by the very agencies tasked with their protection.

The report contained some particularly harrowing details. Chief among them was the revelation that the ringleader of a Rochdale grooming gang, Shabir Ahmed, worked as a welfare-rights officer with Oldham Council in 2005 – despite already having been accused of child sexual abuse. The police failed to notify the council of the prior allegations made against him (Ahmed is referred to as ‘Offender A’ in the report), and Ahmed was seconded to the Oldham Pakistani Community Centre.

The details of the sexual abuse are horrifying. One survivor, Sam, was attacked by a total of eight men during a 24-hour period, and raped on multiple occasions – at the age of just 12. The review concluded that both Oldham Council and Greater Manchester Police failed in their duties to protect her. Their subsequent denials ‘created the impression that both agencies were more concerned about covering up their failures than acknowledging the harm that had been done to a vulnerable young person’.

Last week’s report into grooming gangs in Telford revealed that ‘obvious evidence’ of child sexual exploitation was ignored for generations – leading to more than 1,000 girls being abused.

The Telford inquiry had been set up after the Sunday Mirror revealed in 2018 that gangs had been abusing girls in the town since the 1980s. The inquiry found that child-protection agencies had blamed children for the sexual abuse they suffered, rather than the perpetrators. It showed that there was a reluctance to investigate grooming gangs because of ‘nervousness about race’ and the fear of inflaming ‘racial tensions’. And it discovered that the agencies in question had dismissed reports of child exploitation as ‘child prostitution’.

The report also references the horrifying case of Lucy Lowe. In 2000, 16-year-old Lowe, her 17-year-old sister and their mum were killed in a fire started by 26-year-old Azhar Ali Mehmood, the father of Lowe’s one-year-old daughter. Lowe was pregnant with Mehmood’s second child when she died. He was jailed for life in October 2001, but has never been prosecuted for any child sexual abuse crimes.

This crisis can be ignored no longer. Politicians need to lead from the front. They need to show some moral and political gumption. To this end, the government should instruct all police forces and local councils to collect specific data – disaggregated by socio-demographic characteristics, such as ethnicity and sex – for all cases of known or suspected child sexual exploitation.

That is not happening at the moment. Indeed, it was recently reported that South Yorkshire Police have still been failing to routinely record the ethnic background of child sexual abuse suspects. Indeed, suspect ethnicity was missing in 67 per cent of cases recorded by South Yorkshire Police. This is an unacceptable state of affairs, given the significance of ethnicity in the grooming-gangs scandal. Too often politically correct identitarianism is getting in the way of protecting young, vulnerable members of the public.

The Independent Inquiry into Child Sexual Abuse (IICSA) published a report earlier this year into sexual exploitation by organised networks in Tower Hamlets, Bristol, Swansea, Durham, St Helens and Warwickshire. The IICSA expressed ‘serious concern’ about the high number of at-risk children placed in unsupervised, unregulated accommodation. These placements in unregulated accommodation can help 16- and 17-year-olds become independent. But some of these placements are temporary or in isolated settings, such as mobile homes, barges, caravans and hostels. The level of supervision in such settings can vary and support can be limited at best, which puts vulnerable, socially isolated teenagers at risk of predatory groups. The authorities clearly need to think far more carefully about where they are placing young people, especially if they are at high risk of sexual exploitation.

And it is possible to identify who in particular might be at high risk of sexual exploitation. A high proportion of the grooming-gang cases investigated by the IICSA involved children with disabilities. It found that more than one in three sexually exploited children had complex disabilities or neurodevelopmental disorders.

These risk factors have been well known for some time. Back in 2016, Home Office research found that children with disabilities are at a high risk of sexual violence and are more vulnerable to grooming and exploitation. Indeed, children who are deaf or have a physical disability are considered to be three times more likely to experience abuse than those without a disability. Local councils and police forces should tighten their risk-assessment procedures when dealing with those in their care.

One of the markers of a civilised and compassionate society is the extent to which its public institutions prioritise the safety of its most vulnerable citizens. But when it comes to tackling child sexual exploitation, Britain is failing spectacularly. A toxic mixture of racial identity politics and victim-blaming tendencies among the authorities has left vulnerable children – many of whom have experienced family breakdown, parental neglect and domestic violence – exposed to sexual abuse and exploitation.

Our public institutions have a duty of care. Right now, they are failing to fulfil it. 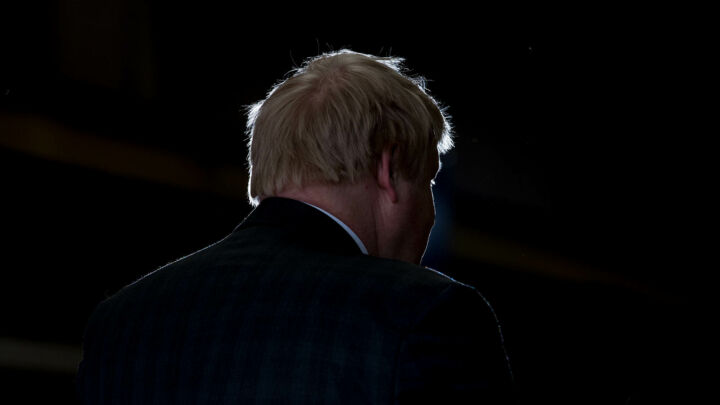