Renewables will not solve the energy crisis

Wind and solar are far too unreliable to meet Britain's energy needs. 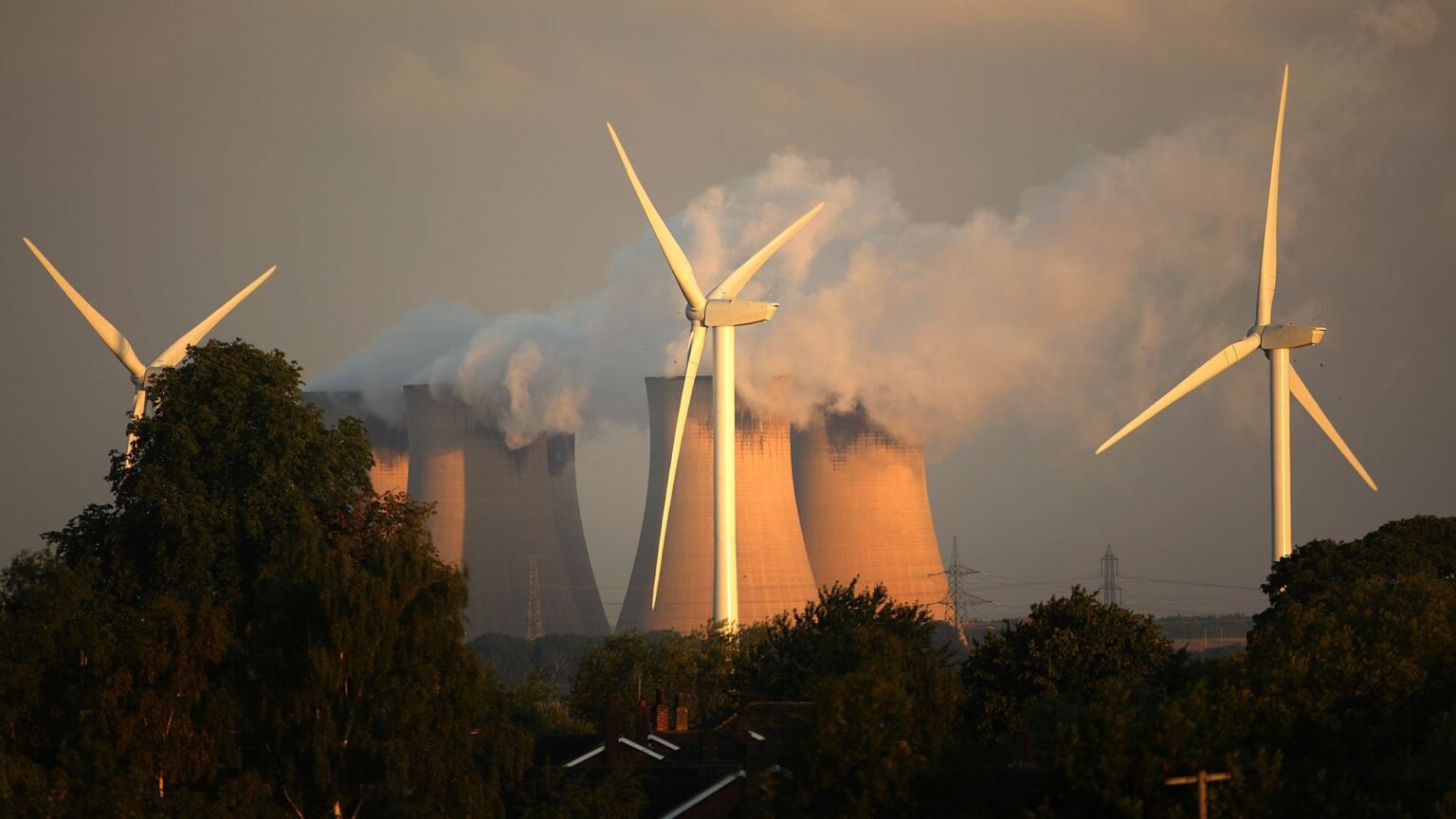 The energy crisis is biting hard. UK households still face a huge hike in their bills, despite the government’s plans to freeze them at £2,500, and small businesses remain at risk of bankruptcy. So securing reliable sources of energy should be at the top of the political agenda, especially after Russia cut off gas supplies to Europe earlier this month.

Our political elites maintain that there is a green solution to the energy crisis. They tout wind and solar power as the way forward. Indeed, the UK government awarded a record number of contracts for renewable-energy infrastructure in July this year.

The new offshore-wind capacity gained in this auction will supposedly generate electricity at an average of only £48 per megawatt-hour (MWh) – an astonishing nine times cheaper than gas-fired power stations right now. At least, that’s what Carbon Brief, an influential green website based in London, says of a future seven gigawatts (GW) of offshore wind projects. The government wants this 7GW delivered over the course of 2025 to 2027.

Carbon Brief is not alone in its optimism. Chancellor Kwasi Kwarteng has similarly claimed that ‘the more cheap, clean power we generate within our own borders, the better protected we will be from volatile gas prices’ that are set abroad.

Both greens and the government have long claimed that renewables are getting cheaper and so investing in wind and solar is a no-brainer – for energy bills and the climate. And since the Kremlin clamped down on its exports of gas, greens have also started to argue that renewables could soon provide Britain with energy security. But these claims are seriously misleading.

The big problem with renewables is that they are infamously intermittent. The sun is not always shining and the wind is not always blowing. Renewables need to be backed up with reliable alternatives – such as gas-fired electricity. A comprehensive research paper published last year looked at the ‘load factor’ – how much electricity a renewable-energy source produces as a percentage of what it would potentially generate if it was always running – of offshore wind turbines in the windy North Sea. It found that their load factor hardly ever exceeds 40 per cent.

The problem with wind turbines is not just that they spend the majority of their time idle. They can also generate too much electricity if the wind is blowing too hard. In May, the National Grid had to ask some wind farms in Scotland to shut down or reduce their output, so as not to overload the electricity network.

This variability means that offshore wind entails significant indirect costs. The electricity grid and gas-powered electricity generation have to be specially organised around the volatility of wind turbines, as well as all other intermittent renewables.

It is simply impossible to rely on renewables for all our energy needs. And even if the government meets its target of raising nuclear’s share of electricity generation, from 15 to 25 per cent over nearly 30 years, we will still need uninterruptible gas-fired electricity to support the grid.

Storing the electricity produced by renewables could potentially overcome the problem of intermittency. But the technology is not yet advanced enough to reliably store electricity at a reasonable price and at scale.

Take Elon Musk’s attempts to develop cost-effective storage technology for renewables. Earlier this year, at Monterey Bay, San Francisco, Tesla and Pacific Gas & Electric (PG&E) put Tesla’s battery-energy storage system (BESS) online. Just 10 days after connection, the Monterey Bay facility boasted a charging cost of just $10/MWh – an impressive figure given that, at peak demand, normal power was selling at $100/MWh. But as Bloomberg has reported, the Monterey Bay facility is still only able to power just 136,500 homes – and even then, only for a few hours. The UK’s newest gas power plant, in contrast, can power 860,000 homes. Hinkley Point C, the UK’s only nuclear plant currently under construction, will power six million homes when it comes online.

The claim that renewables represent a much cheaper alternative to gas is also misleading. As Dr Gordon Hughes and Dr John Constable have recently pointed out, politicians and civil servants have repeatedly claimed in recent years that gas prices will remain high for the foreseeable future, ‘only to go very quiet once prices start to fall again’.

Now, gas prices might stay at today’s elevated levels late into the 2020s. But that’s not guaranteed, especially if Britain makes greater use of its domestic gas reserves.

And will the cost of manufacturing and installing renewables really continue to fall? Those championing renewables say almost nothing about what it will really cost to build and operate wind farms in the coming decade. They say nothing, for instance, about the storms and hurricanes that climate-change fanatics claim will become more frequent – and which would make tugging wind turbines out to the North Sea much more dangerous and expensive than it is now.

No doubt the price of renewables, like that of energy storage, will go down in time. Technological advances in, say, offshore wind turbines could lead to better and more easily assembled foundations, towers, rotors, generators, blades, heating systems, gearboxes and the other 8,000 components currently involved in their manufacture. Yet we never hear about such advances from British officialdom, which seems happier dealing in bogus price speculation rather than technological development.

Moreover, climate-change fanatics pass over the mining, human and environmental costs of battery materials, not to mention the international supply chains involved in producing renewable energy. Britain, after all, has no indigenous manufacturers of wind turbines or solar panels. The idea that it can achieve genuine energy security through renewables is therefore palpably untrue, given its reliance on an international supply chain.

If Britain is to escape this energy crisis, we will need abundant and secure supplies of energy. Renewables simply cannot provide this.