No, gambling is not a ‘public health’ issue

The public-health movement is a fact-free puritan crusade. 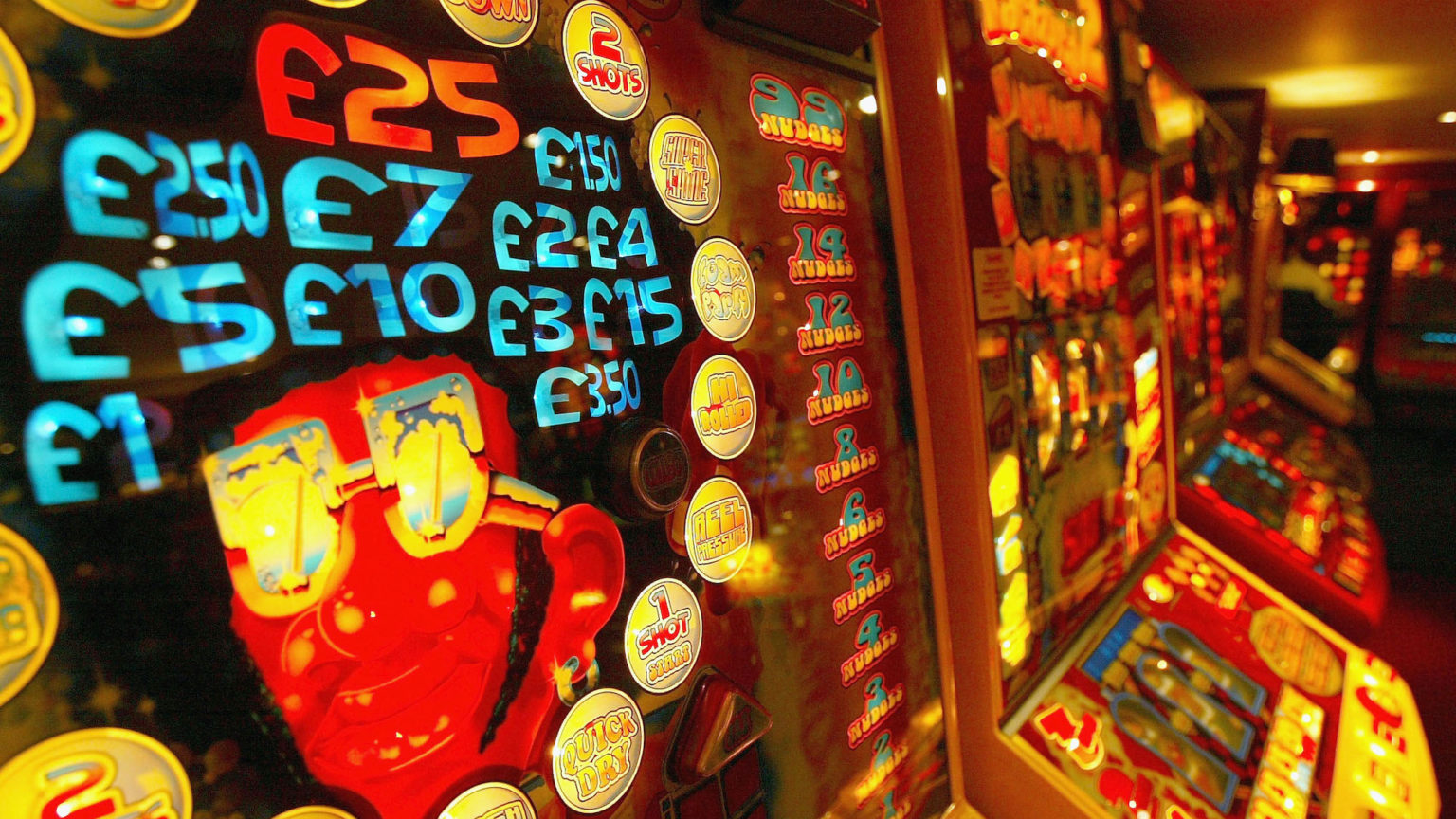 Virtually the last act of Public Health England (PHE), before it was consigned to well-earned oblivion in 2021, was to publish a series of reports about gambling. It included an evidence review of the risk factors for problem gambling, which PHE had hoped would form the basis of new anti-gambling policies.

Alas, the report concluded that ‘the evidence of harms’ caused to society by problem gambling was ‘limited’. It was also ‘not possible to identify any risk factors for harmful gambling in adults because there was no high-quality systematic review of longitudinal studies’.

It was all a bit of a waste of time. In truth, the evidence PHE really wanted had nothing to do with preventing gambling addiction. It wanted to find evidence that gambling could be treated as a public-health issue in the first place.

By any conventional definition, gambling is not a public-health issue. It is not an infectious disease. It is not an environmental hazard. And its association with poor health is tenuous and indirect. Losing a lot of money might be bad for your health in some way. But if that is the argument, you might as well redefine compulsive shopping or stock trading as public-health issues, too.

Nevertheless, the public-health lobby is keen to take over this area of policy and PHE ended its days with the following conclusion: ‘The evidence suggests that harmful gambling should be considered a public-health issue because it is associated with harms to individuals, their families, close associates and wider society.’

By this definition, anything that can cause harm to individuals and / or other people is a public-health issue. This would make every health problem and most social problems public-health issues. It spreads the net across such a vast expanse of human behaviour that it renders the term ‘public health’ totally meaningless. Still, this is very much in keeping with the mission creep of a sector that claims everything from poverty and war to housing and climate change can be public-health issues.

It can be argued that almost everything has an effect on health, but what is the point of making everything a public-health issue? What expertise do people with a masters in public health have that makes them better at solving complex social and economic problems than anyone else? And as we saw during the pandemic, when the public-health lobby spreads itself too thinly, it becomes incapable of doing its day job. The World Health Organisation and Public Health England, for instance, were both far more interested in pushing for nanny-state interventions than in preparing for pandemics.

But if we see the modern public-health movement for what it really is – a paternalistic, bourgeois crusade for moral reform – it becomes obvious why gambling is in the crosshairs. A classic target of puritans, gambling will fit in well alongside the other supposed public-health ‘epidemics’ of our age: gluttony, sloth, smoking and the demon drink. It wouldn’t surprise me if usury and lust were its next targets.

The fact remains that self-appointed public-health experts don’t know much about gambling. An academic literature exists on problem gambling but it is a niche field dominated by a few psychologists, most of whom stay out of politics. There is no consensus on how the number of problem gamblers can be reduced. It is not even clear whether such an objective is possible. Pathological gambling (to give it its proper name) is a psychological disorder for which there are no obvious public-policy solutions, other than providing treatment, such as cognitive behavioural therapy, to individuals. When gambling researchers propose specific harm-minimisation policies, they tend to do so tentatively, while acknowledging the potential unintended consequences.

This is no use to the firebrands of the public-health lobby, who want to tax and ban the population into utopia. Who needs evidence when you have enough conviction?

If you think I exaggerate, have a look at this extraordinary article published in Lancet Public Health this month. Commissioned by Public Health England and carried out by seven public- health researchers of no fixed ability, it takes the form of a ‘Delphi study’ designed to find out which policies are most likely to have an impact on gambling-related harm. A Delphi study is a fancy name for asking your mates what they reckon.

The scale of the challenge is obvious from the first sentence. The almost total lack of evidence for the ‘whole-population approach’ favoured by the authors is clear to see.

‘To date, there has been limited research and policy evaluation on gambling to inform this approach…

‘There is a scarcity of literature on a whole-population, public-health approach to tackle harmful gambling…

‘Given this dearth of evidence…’

Having accepted that there is virtually no evidence on which to base population-wide policy, the authors breezily state that it is ‘reasonable to assume that some of the measures used for other public-health concerns could be adapted alongside gambling-specific measures’. Is that a slippery slope you see before you? Why, yes it is.

To find out which policies borrowed from totally different fields might fit the bill, the authors asked 77 experts ‘from our professional networks’. Only 10 of them bothered to reply. They had ‘expertise in alcohol, tobacco, drugs, diet and obesity, and communicable and non-communicable diseases’. But apparently not in gambling.

These 10 people (who remain anonymous) identified no fewer than 103 policy proposals covering a vast range of potential legislation. Some of them are predictable, such as a ban on gambling advertising, a ban on in-play betting and a ban on spread-betting. Some of them are extreme, such as creating a state-owned gambling monopoly and banning the sale of alcohol in casinos. And a lot of them are just weird.

Take, for instance: ‘All gambling products to have plain packaging.’ What does this even mean? What would a plain-packaged fruit machine or roulette wheel look like?

Or: ‘Maximum limit on customers gambling on an operator’s website at once.’ Why?

Or: ‘Ban all gambling in venues where young or vulnerable people are present.’ How do you define and identify a ‘vulnerable’ person?

And finally: ‘Operators’ duties to rise each year above the rate of inflation.’ Until they all go bust?

It is a bizarre wishlist of half-baked ideas from a group of people who clearly don’t know what they are talking about and have given no thought to whether their ideas can be implemented, let alone whether they would work.

These crackpot policy proposals were then sent to the oracles of the Delphi study via an online questionnaire. The authors identified 85 ‘experts from the gambling field’ of whom 62 were invited to share their knowledge. Nearly half of them failed to reply or subsequently dropped out, leaving just 35 alleged experts to complete the online survey.

Of the 103 policy proposals, the experts judged a whopping 81 of them to be ‘effective elements of a comprehensive public-health approach’, while only two were deemed ‘ineffective’. No fewer than 64 were judged to be ‘highly effective’, despite there being vanishingly little evidence for any of them. The authors mention a literature search that found evidence for just 11 of the 103 proposals, and even these studies only looked at ‘implementation practicality issues’ and ‘equity’, not effectiveness.

Whatever this is, it is not science. An online survey of a handful of anonymous individuals – some of whom were invited solely because they had ‘lived experience’ of gambling – is not even a parody of science. And yet the authors describe it as ‘a roadmap for decision-makers’ and ‘a blueprint for a public-health approach to preventing harms related to gambling’.

Here we have the modern ‘public health’ lobby stripped down to its essentials. A bunch of arrogant know-nothings sat around dreaming up a set of illiberal, largely unworkable and frequently nonsensical policies with no regard for how they will affect ordinary consumers. And they do not even pay lip service to empirical evidence.

This is policymaking by gut instinct. It is an explicitly evidence-averse approach. Yet it is in keeping with a study published in the same journal last year, which asserted that it was ‘imperative to ensure that a scarcity of evidence is not used as a justification for inaction in addressing the growing burden of gambling-related harms’. It is also in keeping with a study from 2019, which referred to the ‘inverse evidence law’, which states, rather dubiously, that there is a ‘tendency for there to exist the least evidence and research about interventions that are most likely to be effective’. I have been unable to find any mention of this supposed ‘law’ in any field other than public health.

It is remarkable that this gambling study was ever published in a journal at all, but let us be thankful that it was. Not only does it reveal the abject state of what passes for academic research in ‘public health’, but it also confirms what many of us have long suspected – that public-health lobbyists are just making it up as they go along.