The Rushdie attack is a wake-up call for the West

We are far too ambivalent about the threat posed by Islamism. 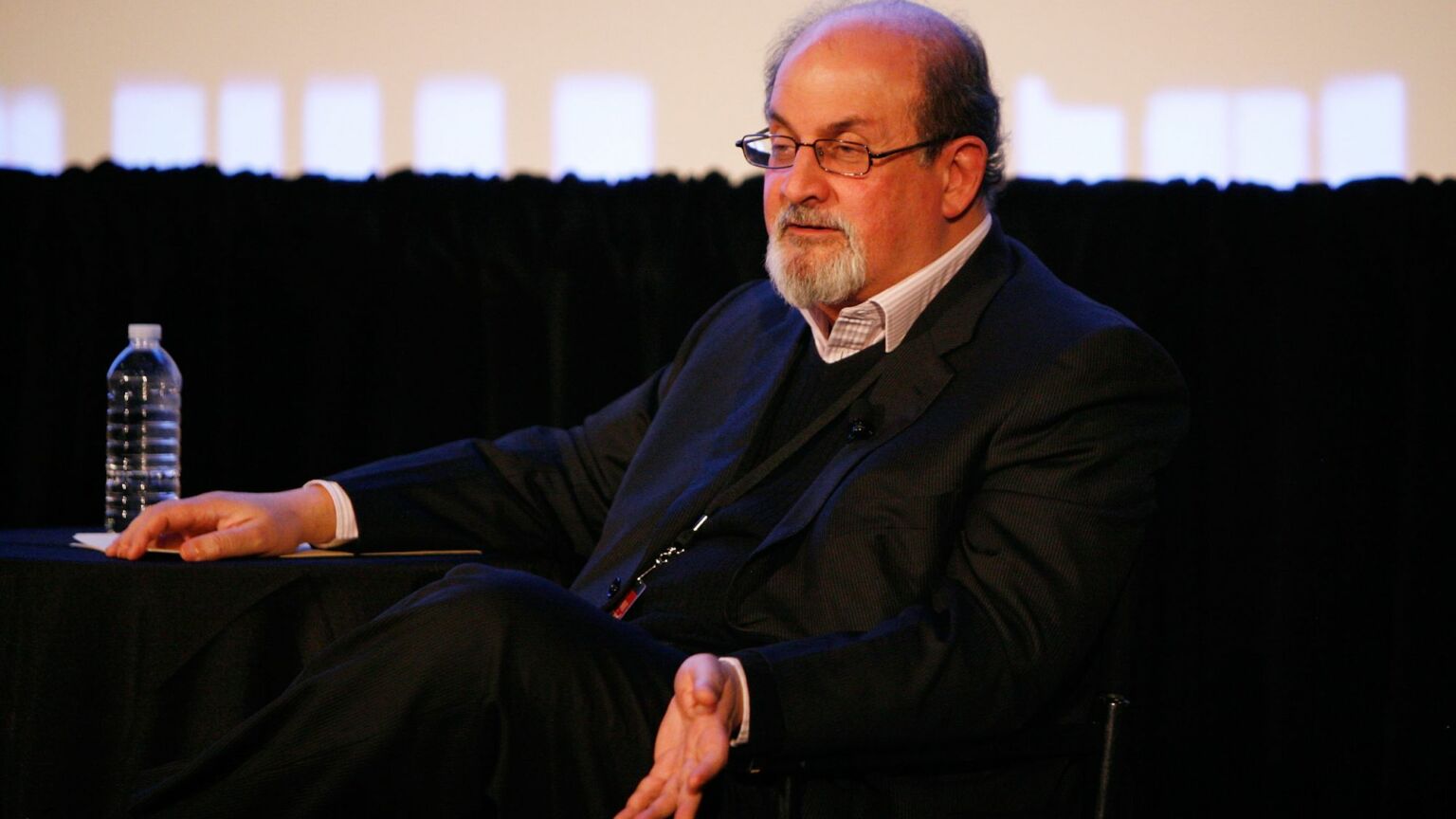 Since 1945, the United States has thought of itself as the leader of the free world. Is that still the case? Who will rally the West against the brutal obscurantist malice that we witnessed last weekend, in the attempted murder of author Salman Rushdie?

French president Emmanuel Macron’s response to the attack was clear, concise and correct. ‘His fight is our fight’, he said, within an hour of the news breaking.

The White House was not so quick off the mark. Perhaps this reflected the awkward reality that US president Joe Biden, like Barack Obama before him, has put reaching out to the Islamic Republic of Iran, the state that sentenced Rushdie to death in 1989, at the heart of his foreign policy. The same Iran that has also sought to assassinate senior US officials, has for decades helped spread violent sectarian disorder throughout the Middle East and wants to destroy Israel.

Once, it was a given that the US would rally the world towards freedom. The president of the United States was the leader of the liberal democracies of the wider West. It was America’s political support and military might that sustained the fight against Soviet Communism and guaranteed European, Korean, Japanese and Israeli security. After 9/11, America was again at the forefront in opposing al-Qaeda. US leadership was unquestioned.

But then something changed. America found itself unable to impose its will abroad, both in Afghanistan and Iraq. Successive presidents misread China. Domestic politics in the US and across Europe became increasingly costive and fractious. Obama seemed at times embarrassed by the burdens of global leadership. Later, many of Washington’s European allies collectively held their noses when Donald Trump took office. And last year’s shambolic withdrawal from Kabul seemed to encapsulate the dysfunctionality of the Biden presidency.

It is against that background that the brutal attack on Salman Rushdie, which would have been inconceivable without sustained Iranian incitement, seems so resonant.

Iran is the most enduring modern experiment in Islamist rule. Whether violent or non-violent, Islamists share core features. One of which is a foundational hostility to the liberal-democratic order. Yet among liberal opinion-makers, there has been a tendency to think that the problem is not ‘them’ but ‘us.’ Or that Islamists will simply change with enough exposure to political reality and to the wonders of the West. In practice, both Iran and other Islamists have taken the opposite view: they think the West is weak and decadent. One hard lesson that is slowly being learned from the resurgence of the Taliban in Afghanistan is that when dealing with Islamists you should always judge them on what they do, not the things they say.

The Rushdie attack offers similar lessons. First, never underestimate the malevolence of the regime in Tehran. Its newspapers have greeted the news of Rushdie’s stabbing with horrible glee. There is no sign that anyone who matters in Tehran ever thought the Rushdie affair was closed.

The same goes for the current negotiations over a revived Joint Comprehensive Plan of Action (JCPOA), aka the Iran nuclear deal. In return for not very much, the Iranians want cash. They want trade guarantees. They want the Islamic Revolutionary Guard Corps – the instruments of Khomeinist control within Iran, the spearhead of its aggression outside of Iran and a major global criminal enterprise – de-designated by the US as a terrorist organisation. And they want to end any investigation into their past activities in relation to nuclear weapons. They continue to develop a range of ever-more accurate missile and drone systems, which they are sending to allies throughout the region (and now even to Russia in Ukraine). This is not the behaviour of a country that wishes to be at ease with the world. Quite the reverse.

And this suggests that the UK, if it wishes to remain a major pillar of the current international order, must develop and apply a more realistic set of policies towards Iran than it currently does. We have been content to follow the US’s lead for most of the past 25 years. That was justified when the Bush administration aggressively went after Iranian funding of political violence, subversion and organised crime in the Middle East, South America, west Africa and elsewhere. When it effectively squeezed supreme leader Ali Khamenei into agreeing to proper negotiations. But that intent has clearly weakened over the past decade or so.

At the Policy Exchange thinktank, where I am a senior fellow, we have been working for several years to develop an understanding of the threat from Islamism. This has already had some impact on government policy in the UK. But a really effective set of policies towards these threats will only come if we can join up with others around the world who share our views. Given the ambivalence of the Biden administration over Iran and Islamism more generally, our first stop has to be with European allies, among whom the French government under Macron has been leading the way. We have other potential partners in Austria, Germany, Belgium, Spain, Sweden and Denmark. This is why, this year, Policy Exchange launched the first of a rolling set of European roundtables, designed to address the full range of the challenges we collectively face from Islamism – from the murders of schoolteachers and cartoonists to the malign and subversive activities of Iran and its satellites.

The Rushdie attack was a wake-up call – the latest in a series. Too many of us have been in the kind of deep sleep that George Orwell warned about in Homage to Catalonia, 84 years ago, as the world was blind to the threat of fascism. Orwell thought it would take bombs to wake us up. What will it take to unite the West this time?