The woke set’s sympathy for Palestinian Islamic Jihad is deranged. 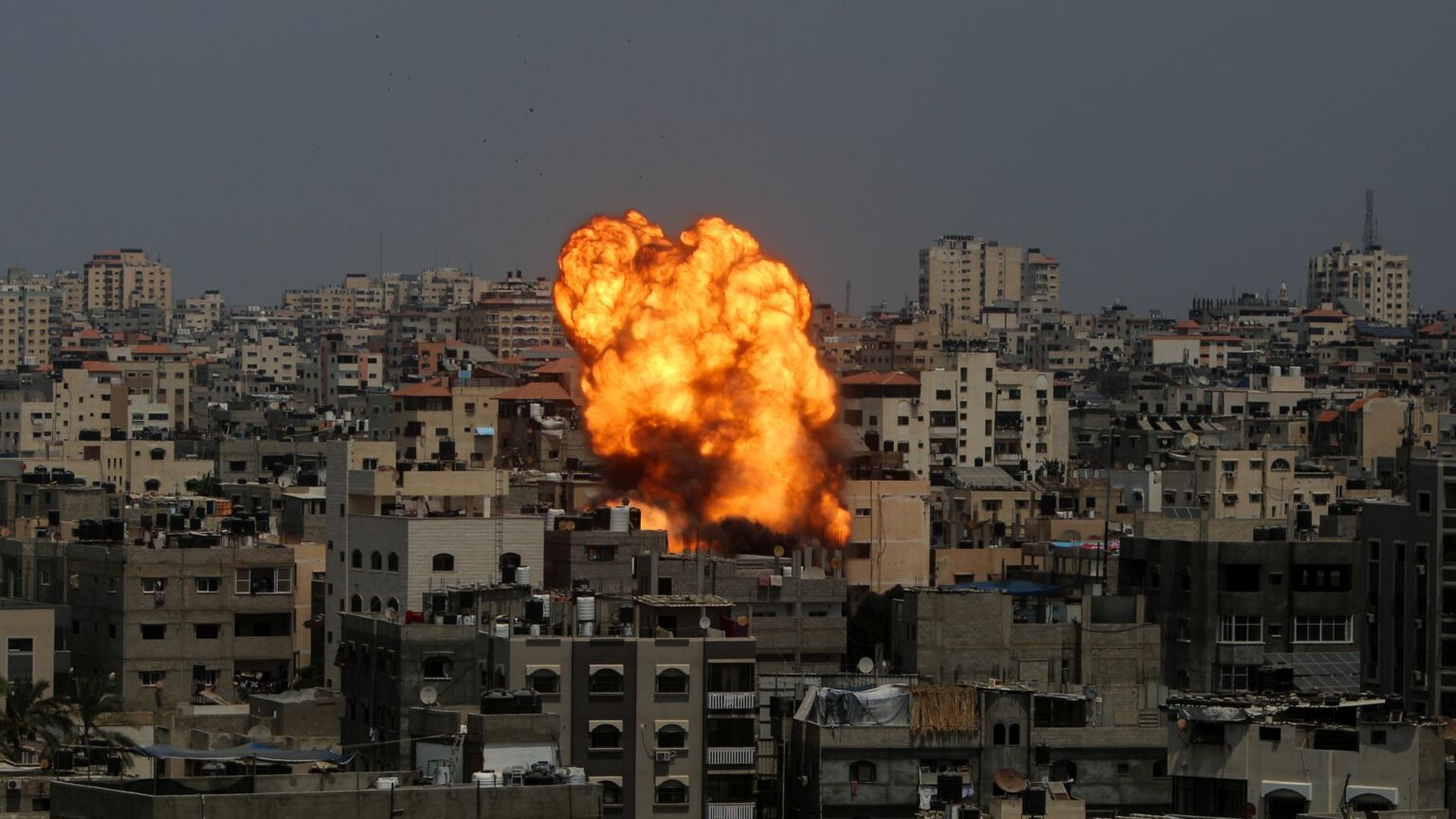 Remember when progressives were opposed to hardline religious movements that use violence to try to destroy democratic states? Those were the days. As a godless humanist instinctively wary of religious fundamentalism, I miss them. They really are long gone. The sympathy offered by self-styled progressives to Palestinian Islamic Jihad in recent days has made that clear. Islamic Jihad is a thoroughly regressive movement. It says it will settle for nothing less than the obliteration of Israel. It wants to create an Islamic State of Palestine in which Sharia would rule and all who fall foul of it – uppity women, homosexuals, atheists – would suffer. For the right-on to sympathise with such an outfit is akin to chickens giving solidarity to KFC.

Progressives for Islamic Jihad – this is where we’re at now; this is the latest deranged alley wokeness has taken us down. Since Friday, when the Israel Defence Forces launched Operation Breaking Dawn to take out the leaders of Islamic Jihad, we’ve had oceans of Twitter tears from Western progressives and virtually no analysis. ‘Might a group called Islamic Jihad be a tad problematic?’ – you’ll be searching for a long time before encountering even a question as basic as that. Instead, the same old script has been dusted down: Israel is evil, Zionism is racist, the Palestinian people have the right to resist, etc etc. The dearth of curiosity over what Islamic Jihad represents has been appalling.

Islamic Jihad has been talked about in the sympathetic language of ‘resistance’. A UN special rapporteur on Palestine thrilled the online left by tweeting during the raining down of Islamic Jihad missiles on Southern Israel that ‘Palestinians’ right to resist is inherent to their right to exist as a people’. The BDS movement used the glowing terms of resistance, too. It shared an image of a CNN headline that said ‘Israel clashes with Islamic Jihad’, though BDS changed it to ‘Israel massacres Palestinians’. Do not dismiss ‘the resistance of a besieged and trapped population’, BDS warned the mainstream media. At a rowdy rally in New York City, protesters insisted that ‘resistance is not terrorism’. Palestinians should use ‘every means possible’ against Israel, one speaker declared. An Irish anti-war group went further, declaring ‘Victory to the Palestinian Resistance!’. Right now, that ‘resistance’ takes the form of religious violence from a group that has primarily targeted Israeli citizens. You want victory for that?

Let’s be clear about what is being talked about here, what is being referred to as a rightful and maybe even inspiring form of resistance. Islamic Jihad is not a national liberation movement of the kind that existed in the 1970s and 80s. It is a violent and extremist religious organisation generously funded by Iran’s Revolutionary Guards. It rejects the political process and aspires to ‘the annihilation of Israel’ and the ‘establishment of a sovereign Palestinian Islamic State’. To this end it has executed numerous acts of indiscriminate slaughter in Israel in recent years, massacring hundreds of Israeli citizens in restaurants, at supermarkets, on buses. ‘The Zionist entity will be annihilated’, said the leader of Islamic Jihad just this week. This isn’t resistance – it’s religious terrorism.

Name me one nation on Earth that would turn a blind eye to such existential threats? If there was a well-armed group of religious fundamentalists a few miles from Britain that had sent suicide bombers to slaughter British men, women and children, we would act, no? And yet Israel is always condemned for acting. ‘Hardly any of Islamic Jihad’s rockets have killed Israeli citizens, so relax’, Israel is told. ‘Gaza is densely populated and therefore you should not take military action there’, it is instructed. This is essentially a demand that Israel ‘suck it up’. Let yourself be attacked – that is really what the ‘pro-Palestine’ activists in the Western chattering classes are saying when they tell the Jewish State, and the Jewish State alone, not to respond to those who attack it.

Progressives’ soft and sometimes even supportive attitude towards Islamic Jihad’s holy war against Israel confirms they have even lost sight of what might be in the best interests of Palestinians. We know these people cannot abide Israel, but they do claim to care about Palestine, in which case the question still stands: why are you so naive about Islamic Jihad? Islamic Jihad is not good for the Palestinian people. Its activities in recent years have in part been designed to weaken the Palestinian Authority (PA), the Mahmoud Abbas-led government of the West Bank that oversees the lives of close to three million Palestinians. There is massive civil strife between Islamic Jihad and the PA, and between Hamas and the PA too, and Islamic Jihad sees the stirring up of instability as a means of showing that Abbas is ‘losing control of the situation’. It doesn’t only want to annihilate Israel – it also wants to dislodge the PA, the one semblance of Palestinian state governance currently in existence. That will help the Palestinian people, will it?

Then there’s the fact of Islamic Jihad rockets often falling short of Israel and killing Palestinians in Gaza. Israeli officials say one-third of the Gazans who died in recent days were killed by errant rockets fired by Islamic Jihad – and, crucially, the Associated Press says this ‘appears consistent with AP reporting’. As for the Islamic State that Islamic Jihad wants to create: how would such an authoritarian regime be of benefit to Palestinians? The rise to prominence of both Islamic Jihad and Hamas speaks to the decline of the old secularist politics of national liberation, to the death of the Cold War-era dream of creating free, independent states, and that is surely a problem for the Palestinian people. Westerners’ witless attitude towards Islamic Jihad exposes their neo-colonial paternalism. If something is bad for Israel, it must be good for Palestinians – that’s their infantile mantra. Clearly, the emotional high of loathing Israel and pitying Palestinians has pushed aside all serious political thought.

The failure to think about what Islamic Jihad represents, and why Israel might be justified in countering such a regressive movement, confirms how degraded anti-Israel activism has become. Hating Israel is now such a received prejudice in right-on circles that there is no need for reflection or inquiry. Indeed, such intellectual pursuits would only muddy the moral thrill these people derive from defining themselves in opposition to this apparently uniquely evil state. We end up in a situation where we have ‘Queers for Palestine’ – literally – and Progressives for Jihad. Where the right-on and radical Islamists are united in a strangely intense hostility towards one country. Where people who say ‘My pronouns are ze / zir’ are virtually lining up with jihadists who outlaw homosexuality. An unholy marriage in favour of holy war. Nothing better sums up the suicidal tendencies of modern Western progressives.