The bloody truth about the Benin bronzes

Why is Britain making reparations to the heirs of slave owners? 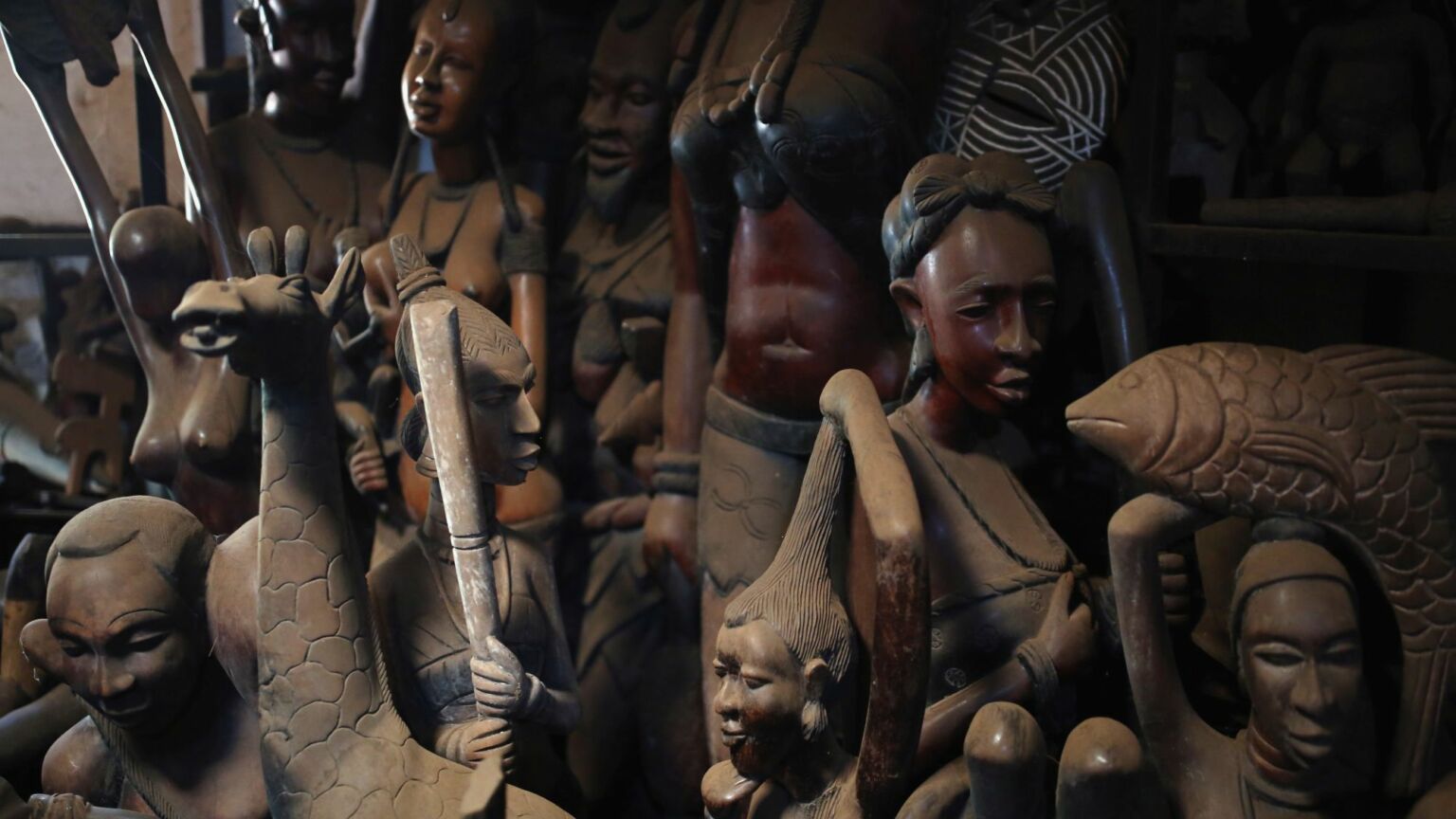 In the 1860s, war was waged on the rebel southern states of the US by the Unionist north. There was a huge loss of life. Confederate soldiers were mown down. A swathe of deliberate destruction was cut through the south, as houses and farms were looted and burned with the intention of leaving them ‘nothing but their eyes to weep with’. We know all that, of course, and we know why it was done – to bring an end to the horrors of slavery.

Allow me a thought experiment. Imagine that several American institutions suddenly realised that they possess property – including works of art – that was confiscated from southern slave owners to help defray the cost of the war. They proclaim themselves bound by conscience to return this property and apologise. Washington Cathedral then commissions a monument to Confederate president Jefferson Davis. His descendants and those of other southern gentry are sought out and ceremoniously presented with valuable works of art taken from their ancestors. Fulsome regrets are expressed for the ‘invasion’ and the ‘looting’. But never is there any mention of the taboo subject of slavery, and of the fact that these works of art were acquired through the sweat and blood of generations of enslaved Africans.

Preposterous? Yes. Unthinkable? Such a suggestion would cause riots. And yet in the UK, something comparable is really happening. Earlier this year, St Paul’s Cathedral displayed a flattering effigy of the Oba of Benin. And last year Jesus College, Cambridge solemnly presented a bronze statuette to his descendants. This weekend’s Sunday Times reported that the Horniman Museum in London – having consulted local schoolchildren, among others – is to repatriate 72 Benin artefacts. Other museums, including the Pitt Rivers in Oxford and the Museum of Archaeology and Anthropology in Cambridge, are set on doing the same, as are museums in Germany and France.

Nowhere have I seen a mention – certainly there is not a whisper in the Sunday Times report – of the fact that Benin was a hyper-violent, slave-raiding, slave-owning and slave-killing society. Slaves were regularly sacrificed, commonly by being buried alive. This ended in 1897, after a British expedition captured Benin and found mutilated slaves dying in agony. The slave trade was stopped and the slaves were freed. Yet The Sunday Times considers this ‘one of the darkest [episodes] in British colonial history’.

British forces confiscated large numbers of brass (or ‘bronze’) works of art from the royal palace of Benin – the brass had been acquired by selling slaves – and these were subsequently sold by the British government to meet the costs of the expedition. A primitive form of reparations, one might say.

If the future of the bronzes raises a moral issue, as both those advocating their return and I agree, then slavery surely warrants a mention, as it would if the descendants of Jefferson Davis or Robert E Lee were claiming back property lost in 1864. But advocates of repatriation seem to want to avoid this embarrassing subject.

To be frank, I do not have strong feelings about whether British museums retain these bronzes. One history of Africa describes them as representing a ‘brutally inegalitarian and acquisitive’ society. Some are strikingly beautiful, but all are stained with blood. Perhaps British museums have more of them than they need or can display. They deserve to be seen, not least as a tribute to the nameless craftsmen who made them. Perhaps some should be distributed more widely around the world, as loans or even gifts, including to west Africa. But I cannot see any case for surrendering them as a moral obligation to the Royal Court of Benin, the successor to the slave owners. Or even to the current Nigerian government.

Has the future safety of these unique objects really been properly considered? I have been told – I think reliably – that the British colonial authorities had created a museum including Benin bronzes before Nigeria’s independence in 1960, but that many of the treasures subsequently disappeared. And what about today? The Sunday Telegraph has warned that Nigeria is in serious danger of becoming a failed state.

What, I wonder, do the trustees of these various institutions think they are doing in giving away these artefacts? What do they think is the nature of the ‘trust’ confided to them? I would have thought it implied a duty to their institutions. A duty to their benefactors. To the taxpayers and donors who fund them. To those who visit their museums, and to future generations. Perhaps most of all, to the works of art themselves, their preservation and display. But surely they have no duty at all to the Oba of Benin.

Yet trustees seem willing to dispose of these treasures as blithely as if they were their private property – except I doubt they would be so cavalier if the artefacts were truly their own. For they are certainly valuable. In 2007, Sotheby’s sold a Benin bronze head for $4.7million. Doubtless, not all of these objects are so precious, and a sudden glut on the market would bring the price down sharply. Yet we are still clearly talking about very substantial gifts. I have seen no estimate of their value. Has the Charity Commission, or any other public body, seriously considered the justification for these major transfers of public property?

Of course, it may be that this is empty virtue-signalling: perhaps we will soon learn that this is a pretence of returning ‘ownership’ of the artefacts, but on the condition that they remain on permanent loan. Many would shrug and agree to such a shabby but convenient compromise.

Advocates of repatriation are right to say there is a question of principle at stake here. But I believe it is the opposite of what they claim. Why would Britain today, through its cultural institutions, make even symbolic reparations to the heirs of slavers? That question is apparently too unsettling to the dogmas of ‘decolonisation’, which many of our present intellectual establishment have adopted as a vehicle for their own political and cultural resentments.

Robert Tombs is a historian at Cambridge and an editor of ‘History Reclaimed’.