Justin Trudeau and the dangers of eco-posturing

The Western elites’ war on modern farming is a menace to humankind. 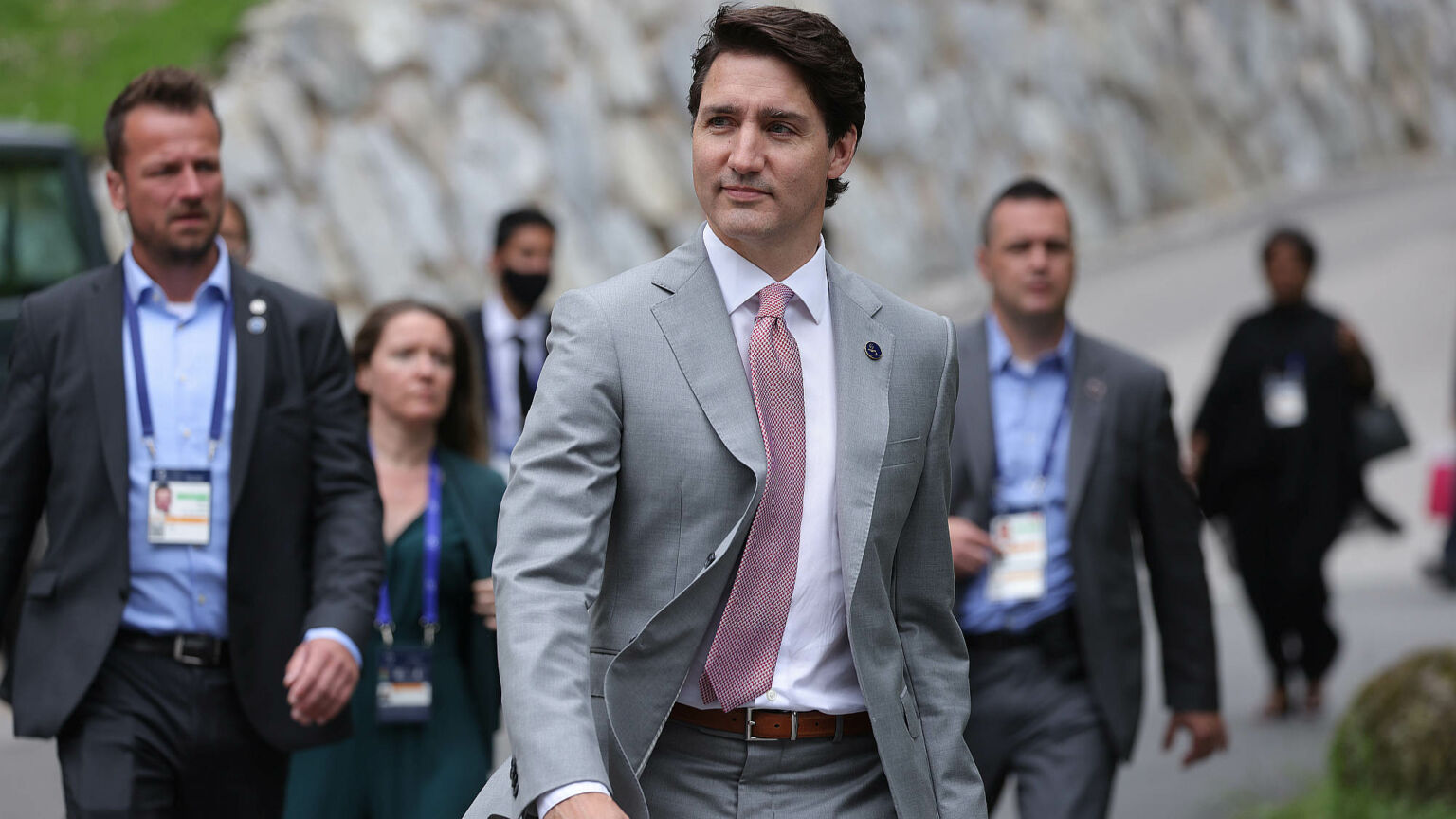 Justin Trudeau has joined the mad war on farmers. The king of virtue-signalling is insisting that nitrous oxide emissions be cut by 30 per cent by 2030. It’s all about Canada doing its bit for the planet, he says. But such a severe reduction in nitrogen-use would be disastrous for the planet. It would mean Canadian farmers being pressured to use less fertiliser, which would mean fewer crops, which would mean less food not only for the people of Canada but for people around the world. Saving the planet by starving human beings – even by the morally vacuous standards of a flimsy ruler like Trudeau, that is messed up.

We need to talk about how demented the elites’ crusade against modern farming has become. As a result of the global lockdowns and the war in Ukraine, the world is experiencing some pretty serious food shortages. A report published by the UN last month said that around 180million people are dealing with ‘food crisis’ in 2022, and an additional 19million people are expected to face ‘chronic undernourishment’ in 2023. And what are the elites doing in the face of this crisis of sustenance? Bizarrely, perversely, they’re making it harder for farmers to grow crops, to make food. This is worse than fiddling while Rome burns. It’s flicking matches while Rome burns.

In the Netherlands, the government is planning to slash use of nitrogen compounds by 50 per cent by 2030. This would mean farmers having to use less fertiliser and having to get rid of vast numbers of their livestock. No wonder a mass uprising of farmers and other workers has rocked that nation in recent weeks. In Ireland the government says emissions caused by farming will need to be cut by between 22 and 30 per cent if Ireland is to ‘achieve [its] climate goals’. Irish farmers predict this would cost the farming industry 4 billion euros and lead to 58,000 job losses a year. Who’ll make the food then? Most disastrously there’s the case of Sri Lanka, where the government’s harebrained embrace of organic farming, and its restriction on the importing of fertiliser, led to an extraordinary downturn in crop cultivation. The people of Sri Lanka rose up decisively against these deranged and destructive eco-policies.

And now there’s Canada, the latest nation to punish its farmers in the name of ‘saving the planet’. Like many other governments in the West, the Trudeau regime is beholden to the cult of Net Zero. It is demanding a 30 per cent reduction in nitrous oxide emissions, which will mean farmers having to use a lot less fertiliser. ‘Good’, say the people who hold to the infantile notion that fertiliser is a dirty word, one of those wicked manmade things that is doing grave harm to Mother Nature. Yet without abundant fertiliser, Canadian farmers won’t be able to produce the food that people in Canada and around the world need. It is estimated that a 30 per cent cut in nitrogen emissions will translate into a loss of $400million for Canada’s wheat farmers and up to $441million for its canola farmers. Crop productivity would ‘fall below 2020 levels’. What’s more, Canada exports a huge amount of food around the world. And as one concerned observer says, ‘We cannot feed the growing world population with a reduction in fertiliser’.

Let’s be frank about what is happening here. Food production, people’s very ability to sustain themselves, is potentially being sacrificed to the feelgood eco-posturing of Western elites. The narcissistic glow that Trudeau and others feel as they puff themselves up as carbon-cutting, nitrogen-slashing saviours of the planet apparently takes precedence over the right of Canadian people and people around the world to enjoy access to good, relatively cheap food. This is how lethal virtue-signalling can be: the political and media elites become so wrapped up in themselves, so concerned with advertising their woke credentials to the world, that they lose sight of the need to keep society functioning. Even the production of food, the most basic source of life, must play second fiddle to their eco-strutting.

This all speaks to an elite that has seriously lost its way. To an elite that is now completely disconnected from matters of necessity and production. A professional managerial class drawn largely from the knowledge economy, and which primarily conducts its business in the virtue industry, has less and less understanding of how things are made and distributed. This is why it can magic up righteous-sounding targets for carbon reduction and nitrogen reduction without giving a second thought to what impact such cuts would have on jobs, living standards and the small matter of making food. These elites have vacated the material world in preference for the disembodied virtual universe of likes and signals, and the consequences of this are becoming clearer by the day.

Trudeau is the archetype. This is a man singularly devoted to virtue-signalling. Even his socks send a message about how morally good he is. His political mission is less to enact policy that might benefit the citizens of Canada than to make a performance of his woke rectitude for an adoring global audience of liberals. This is why he thinks little of enforcing Covid rules that make it harder for truckers to transport things from the US into Canada and demanding nitrogen cuts that will make it harder for farmers to make the food that Canada needs – because he is a post-political, post-modern leader more concerned with displays of moral correctness than with trifling questions about manufacture and sustenance. He is a terrifying omen of government by wokeness.

It is high time we reclaimed the moral highground from the eco-elites waging war on modern farming. Nitrogen-based fertiliser is not a ‘bad thing’. On the contrary, it transformed the fortunes of humankind, helping to reduce hunger and lift people out of poverty. Synthetic nitrogen fertiliser was central to the Green Revolution of the 1960s. It helped to boost global agricultural production. It is thanks to this chemical so hated by the green elites that countries like India and Pakistan, which had been on the verge of famine, could become self-sufficient in wheat production. It isn’t nitrogen-using farmers who are behaving immorally – it’s the out-of-touch elites. These dangerous people are clearly more concerned with virtuous preening than they are with helping to alleviate the global food shortage.