Why our infrastructure is falling apart

Britain’s elites have given up on building for the future. 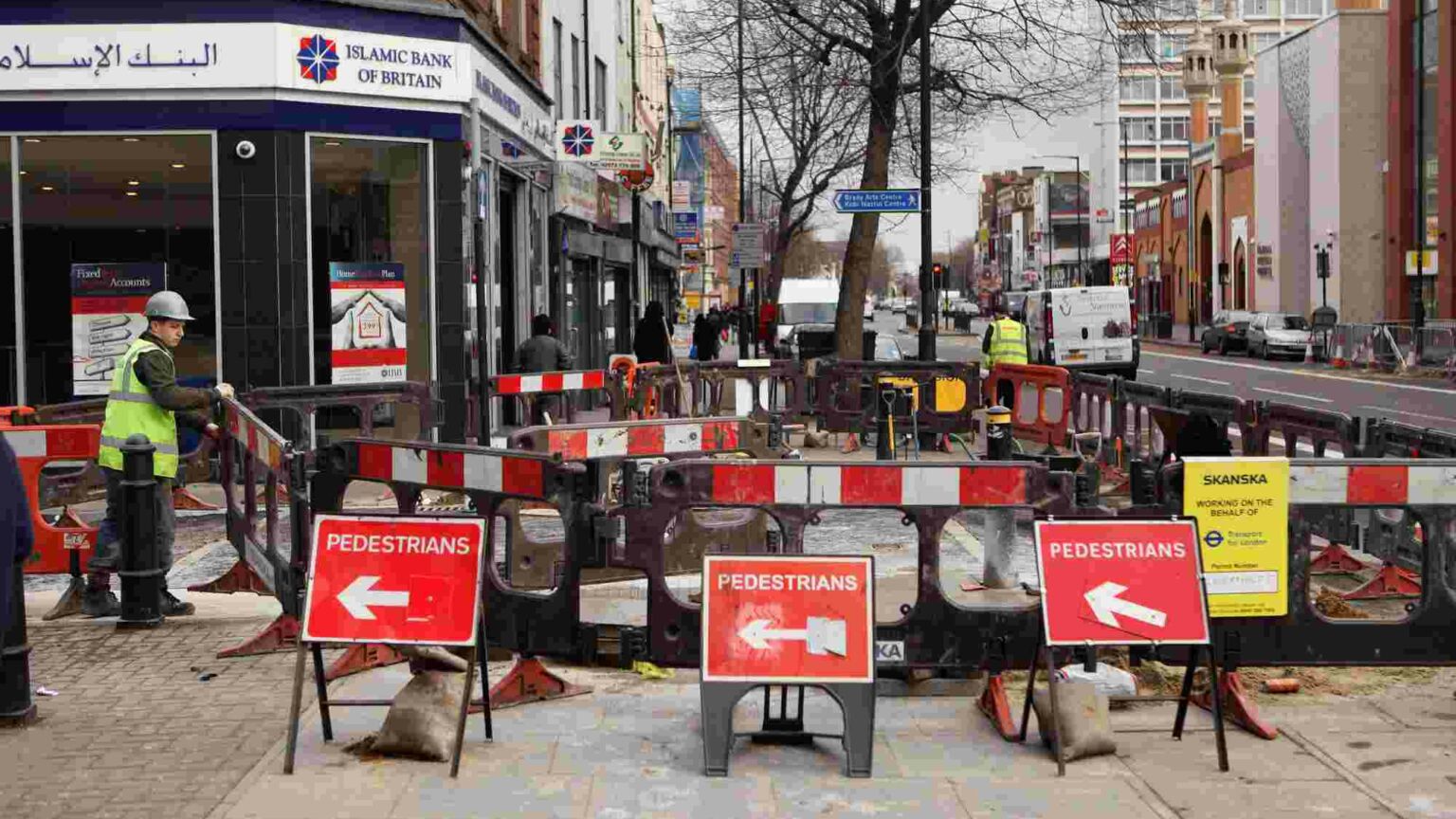 Britain’s infrastructure has struggled badly amid the heatwave. As rail lines buckled and road surfaces melted this week, ﻿UK transport secretary Grant Shapps warned gloomily that it would take ‘decades’ to upgrade our infrastructure to cope with high temperatures. Why? Because according to Shapps heat above 40 degrees Celsius had always ‘seemed impossible’ and had ‘never been imagined’. Climate change has become the 21st-century equivalent of that classic British Rail excuse of ‘the wrong type of snow’.

But climate change just doesn’t cut it as an explanation for these failings. Not least as the British elites have been warning of an impending heat apocalypse for decades now. The UK Treasury’s 2006 Stern review – one of the most influential reports on climate change ever produced – warned breathlessly of successive heatwaves and temperature extremes that we have still yet to see. So if Shapps never imagined this week’s high temperatures, then he hasn’t been reading the papers.

The signs of the UK’s infrastructure collapse have been growing for years. Our airports are heaving. Our waterworks leak and discharge sewage into rivers. Our energy grid is overloaded.

These problems are not down to climate change. They stem from years of low investment, weak maintenance and general neglect. For instance, nuclear power stations that have long been designated for retirement are not being replaced, and so their lifespans have to be continually extended. In 2016, it was reported that the average age of Britain’s passenger trains was 21 years, with carriages on the Caledonian Sleeper service being 41 years old. Things have got a tiny bit better since. But the average passenger train is still 17 years old. And as for the railway tracks, just 38 per cent of Britain’s mainline railways are electrified.

Britain is not alone. It’s a similar story in Europe and the US. Twenty years ago, the Swiss press dubbed its high-speed ETR 470 train the ‘Pannenzug’, or ‘breakdown train’. Although these unreliable, high-maintenance trains were supposed to be sent to scrap, they now serve one of Greece’s most important railway routes, between Athens and Thessaloniki.

Italy’s infrastructure is just as dilapidated, as tragically demonstrated by the collapse of the Morandi Bridge in Genoa in 2018, which killed 40 people.

In the US, in Pittsburgh – known as the City of Bridges – the 50-year-old Fern Hollow Bridge collapsed in January, injuring at least nine people. It also caused a large gas leak that forced families to evacuate from nearby homes. The bridge fell into a deep ravine on the very day President Joe Biden was in town. Right on cue, he was there to promote his administration’s $1 trillion plan to fix America’s crumbling roads and bridges.

In Britain, it’s not just our physical infrastructure that is aged and decrepit. Our IT infrastructure is notoriously weak, too. As of September last year, just 6.3 per cent of UK homes and businesses were using high-speed full-fibre broadband. Meanwhile, in Romania this figure was 54 per cent. And even Kazakhstan managed 21 per cent. In Sweden, Spain and Portugal, well over 60 per cent of homes and businesses use full-fibre broadband.

The UK’s 5G mobile networks are also underdeveloped. In January, Britain had one 5G base station per 10,000 people. By contrast, the figure for South Korea is one base station per 319 people.

At an aggregate level, Britain’s private-sector investment in infrastructure (covering transport, sewerage, waste handling, water supply and telecommunications) had been stagnant for 15 years or more before dropping precipitously during the pandemic. As for public-sector investment, this stood at £20.6 billion in 2020, also down on 2019’s level.

This long-term under-investment comes at huge costs. Every year Britain experiences damaging floods, destroying many more homes and small businesses than were lost in this week’s fires. Yet still, we prefer sandbags to proper flood defences. In energy, our predilection for wind power leaves the country in the lurch whenever the air is static, as it was this week.

There’s a typical pattern here. The dogmas of sustainability and Net Zero are so prevalent that new infrastructure, from housing to power plants, is viewed primarily with suspicion. Far more political energy goes into stopping projects in their tracks than into building what we need for the future. And so we’re not building new roads or new towns. We’re not building new airports – even the odd runway seems impossible to get off the ground.

Instead of building new infrastructure, officialdom prefers to manage consumer demand. It wants us to use bikes instead of cars, to work from home, to save (ie, ration) our energy use. Bodies like the National Infrastructure Commission – with its horribly misleading strapline, ‘Better infrastructure for all’ – spend their time inventing ways to keep us off the roads. A recent report, for instance, recommends bringing congestion charges to more cities, alongside electronic road pricing and other forms of ‘demand management’.

So what can we do to turn things around? Of course, decades of under-investment will need to be made up for. But this is primarily a political problem. The most important step is to challenge the miserabilist mindset that gives rise to Net Zero and to those calls for us to manage our demand and ration our use of infrastructure. Instead of modifying our lifestyles to accommodate the limits of our crumbling roads, railways and grid, we need quality infrastructure that meets our needs and aspirations.