Halifax is reprimanding its own customers for questioning the cult of the pronoun. 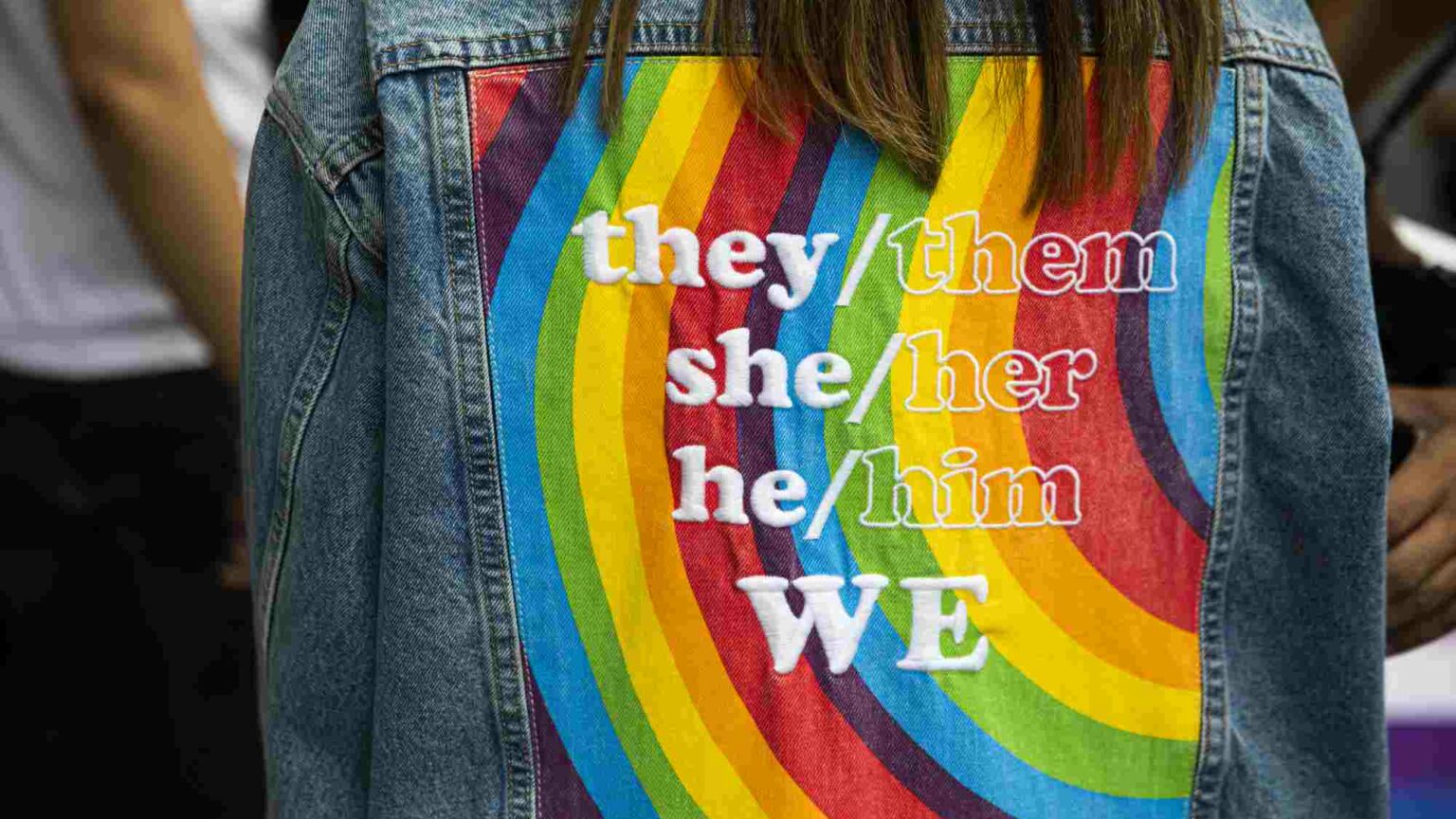 Look closely next time you pop into your local bank, department store or supermarket and you’ll notice an addition to the uniforms of put-upon cashiers and clerks: the pronoun badge. It might be a little rainbow pin displaying ‘he/him/his’ in bold letters, or, far less often, ‘they/them/their’. Or it might be a small rectangle featuring the company logo alongside the employee’s name and pronouns.

Pronoun badges have been around for a few years now, but in that time they have moved from the fringe to the mainstream. They are no longer the preserve of over-enthusiastic Student Union reps or tie-dyed Labour Party conference attendees. They’ve migrated on to the High Street. Pride month is the perfect opportunity for companies lagging behind to catch up, and for those who have long been on the bandwagon to remind the world of their virtue.

Halifax is one of many banks that now expects employees to declare their pronouns. The company’s rainbow-flag adorned Twitter profile informs the world that ‘pronouns matter’ – alongside a picture of poor Gemma (she/her/hers). Natwest has gone one better. There, staff can opt for pronoun badges made of bamboo – killing two birds of environmental awareness and trans-inclusivity with one pin.

Just like the now-ubiquitous rainbow flag, pronoun badges have come to epitomise woke virtue-signalling. On one level, they are a completely pointless gesture. No one really needs a badge to tell them that Barbara on checkout No4 is a woman or that Rob directing customers to the cash machines is a bloke. And if, on the rare occasion, there is any confusion, people have long proved capable of talking, laughing and apologising to each other.

Pronoun badges are pernicious. Expecting people to adorn themselves in ‘she/her/hers’ labels is degrading and infantilising. It suggests we are incapable of the most mundane social interactions without visual directives. Although companies often rush to point out that wearing badges is optional, staff who refuse to wear them risk being thought a contrarian at best or a bigot at worst.

The practice of pronoun declaring took off in US schools and colleges a few years ago. It quickly became seen as good pedagogical practice to get students to introduce themselves to each other at the start of a course by announcing their names and preferred pronouns. One school of education advised teachers that ‘by asking students their pronouns starting at a young age, educators can make room for students who may be exploring their gender identity and show everyone that gender identity should not be assumed’.

This is a horrible, coercive practice to inflict upon children and young adults. It forces those who are struggling with their gender identity to out themselves in front of classmates and friends. And it leaves those who refuse to participate in the ritual open to being branded transphobic transgressors.

Pronoun declaring has moved from seminar rooms to email signatures and social-media bios. Before badges spread, we had public figures like Jeremy Corbyn and Kamala Harris announcing their pronouns at the start of public speeches.

As the advice to teachers shows, the aim of making pronoun declarations routine is to normalise the idea that everyone has a gender identity distinct from their sex. Announcing pronouns sends a message that a connection between biology and gender cannot be assumed. We must all study lists of gender options and angst about which label best applies to us.

But there are other reasons why pronoun badges have taken off. They provide a cheap way for big companies to show the world that they are up to speed with the latest woke thinking – that they are nice, progressive, inclusive organisations. Forget the fact that you are kept on hold for an hour when you try to phone your bank, or that your local branch has closed down. Instead, just bask in the warm glow of knowing that poorly paid call-handlers and clerks are trans-aware.

Despite the virtue-signalling, there is nothing nice about pronoun badges. For all the talk of inclusivity, Halifax tells customers who question why their bank cashier is being forced to wear a pronoun badge to take their money elsewhere. Staff who refuse to comply risk being singled out, coming to the attention of managers, sent on extra diversity training sessions or accused of prejudice.

Donning a pronoun badge becomes an act of compliance, a sign of submission to woke values. This is a humiliating way for managers to control workers. It is no longer enough for employees to sell their time and be good at their job – they are now expected to hand over their identity and their values to their employer as well.

The more we go along with declaring pronouns, the more the practice becomes normalised. It is time to take a stand. This shouldn’t just fall to poorly paid employees fearful of losing their jobs – we all have to make it clear that we don’t want our money, meal deals or education to be served with a side order of pronouns.