The creeping prohibition of smoking

The plan to make England ‘smoke-free’ by 2030 is insanely illiberal. 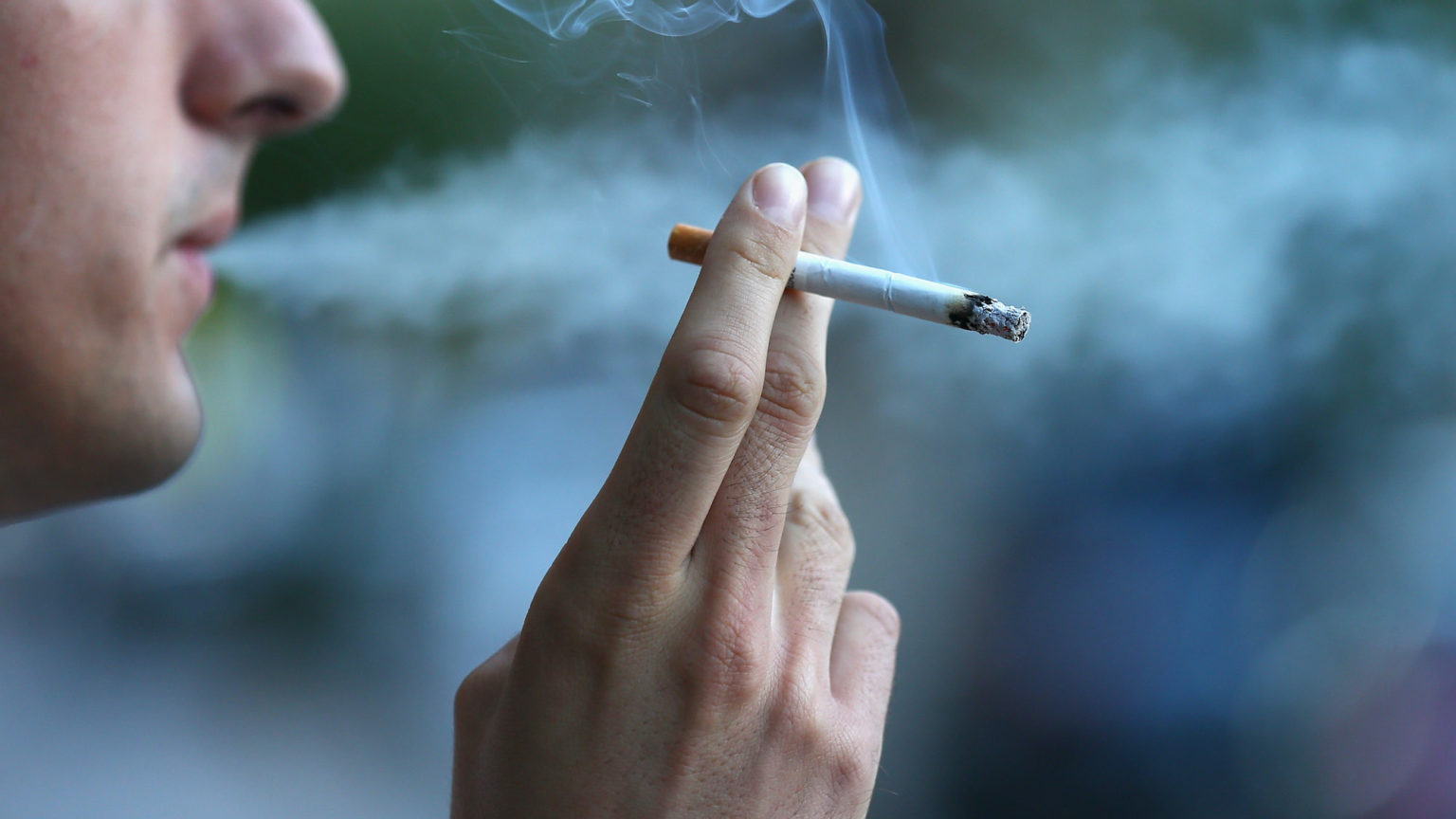 According to Sir Chris Whitty, England’s chief medical officer, it is ‘dishonest’ for lobbyists – people like me – to make smoking a debate between health and freedom.

Whitty was speaking last Thursday at the launch of a government-commissioned review into how to make England ‘smoke-free’ by 2030, led by former Barnado’s chief executive Dr Javed Khan. Whitty said most people who smoke want to quit but can’t because the ‘cigarette industry has addicted them at a very young age’.

This is a questionable assertion at best. Millions of smokers who started young have quit. It may be harder for some than for others and it may take multiple attempts, but it’s far from impossible.

But what I really object to in this latest anti-smoking review is the attempt to shut down a perfectly legitimate debate about the limits of government intervention into something that is deeply personal and even private – our health. Smoking was arguably a public-health issue when it was allowed in enclosed public places. But now that you can only smoke in public places that are outside, where no one else’s health is at significant risk, smoking should be a personal, private matter.

Like it or not, the smoking debate has always been about health and freedom. Of course people want to be healthy. But when it comes to smoking tobacco – or indeed drinking alcohol or eating the ‘wrong’ food – most adults want to be free to make their own choices based on accurate information and without excessive government intervention.

The health risks of smoking are well-known and consistently publicised. If adults choose to smoke tobacco then that is a matter for them, not politicians or public-health campaigners, however well-intentioned they may be. After all, as adults we make all sorts of decisions that impact on our health, and in a free society the government should respect those decisions.

If the government limited itself to educating people about the risks of smoking and encouraging consumers to switch to lower-risk products, no one could complain. But the government and anti-smoking zealots can’t resist combining the carrot with the stick, on the grounds that they know what is good for us.

Take the recommendations in Khan’s review. Whitty called them ‘bold’ but a better description comes from the Institute of Economic Affairs’ Christopher Snowdon, who called them ‘crackpot’ and ‘absolutely insane’.

The report recommends raising the age at which it is legal to buy tobacco – which currently stands at 18 – by one year every year until no one can buy it legally. It also calls for printing anti-smoking messages on cigarettes, banning supermarkets from selling tobacco products, and banning smoking in outdoor public spaces such as pub gardens and pavement cafés.

These are the sort of crippling nanny-state measures that some of us have spent decades warning about. Smoking may be unhealthy, but does it deserve this level of regulation? After all, only 14 per cent of adults smoke today, compared with 45 per cent in 1974. Smoking rates among under-18s have also been falling for decades and are now at their lowest level since records began.

One area we can agree with the review on concerns vaping. Khan wants the government to ‘embrace the promotion of vaping as the most effective tool to help smokers quit’. Evidence suggests that e-cigarettes have played a significant role in reducing smoking rates over the past decade. Nevertheless, while e-cigarettes and other reduced-risk products must be subject to light-touch regulation, proportionate to the much smaller risk they pose to consumers, no smoker should be forced to use them as an alternative to combustibles. Switching from cigarettes to e-cigarettes or any other reduced-risk product must be voluntary.

The crucial thing is to offer smokers a choice of reduced-risk products alongside tobacco products, inform and update them with the latest evidence about the risks and benefits, and encourage them to make their own informed choices. In short, let the consumer – not politicians or over-zealous public-health campaigners – decide. Most importantly, respect people’s choices, even if you disagree with them.

Instead, as the Khan report underlines and Whitty’s comment confirms, freedom of choice and personal responsibility are increasingly being sacrificed at the altar of public health. Raising the age at which people can buy tobacco ‘until no one can buy a tobacco product’ is a classic example of creeping prohibition.

Will it stop some people from smoking? Not in significant numbers, no. But it will almost certainly drive the sale of tobacco underground. Consumers will then buy cigarettes on the black market where no one pays tax and products are completely unregulated. Worse, it will infantilise young adults, taking away their ability to think and make decisions for themselves.

Chris Whitty clearly disagrees, but I cannot accept that the smoking debate is only about health. It’s about freedom, too, and there has to be a balance. Ministers should therefore think very carefully before they adopt prohibition and coercion as tools to achieve their smoke-free ambitions.

Simon Clark is director of the smokers’ group Forest.