Why I left the left

The egalitarian, pro-worker left is gone and it’s not coming back. 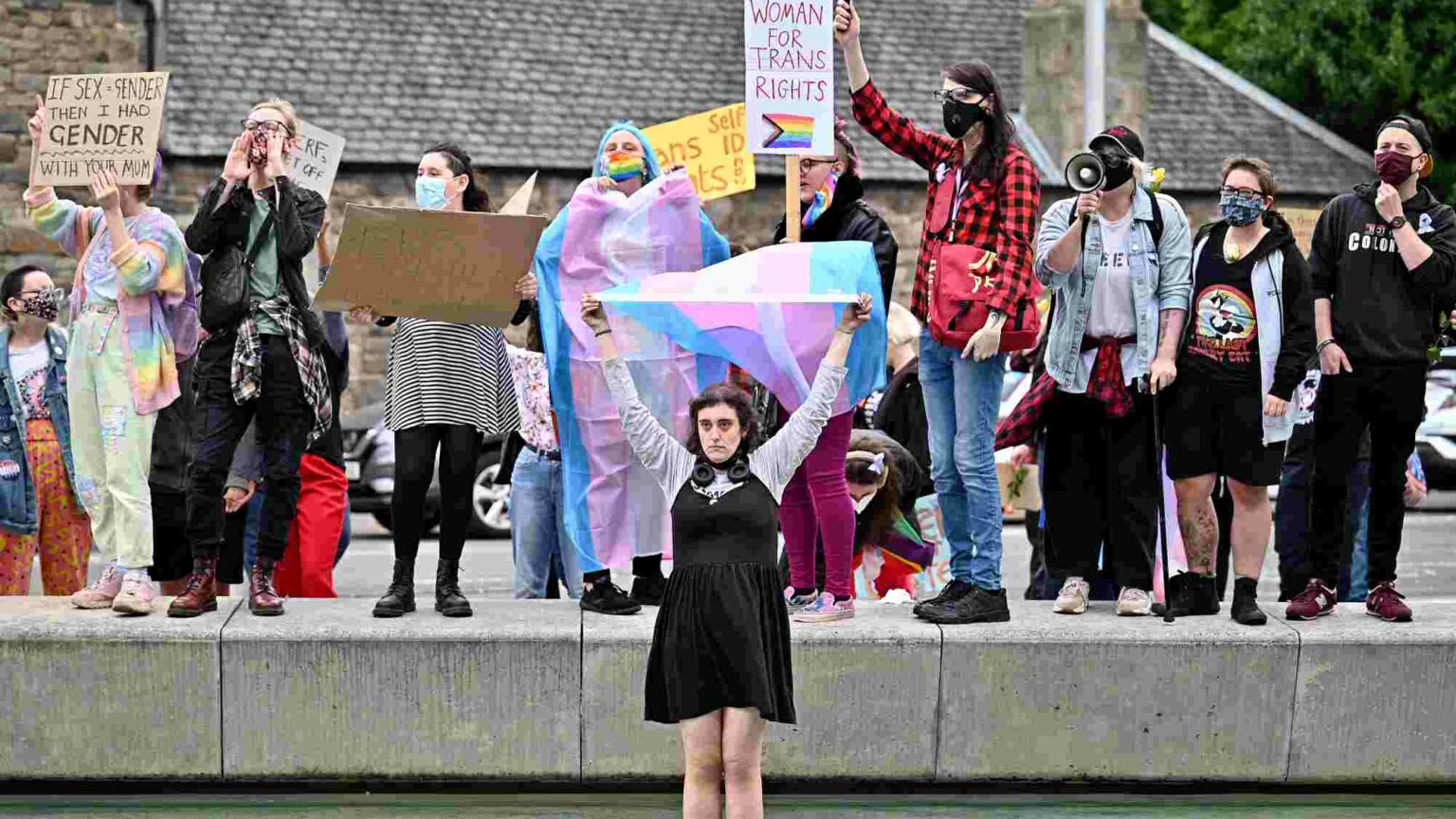 I have been dedicated to the left since I was a teenager. As a young woman, I identified as a Marxist, viewing even socialists as ‘not left enough’. I voted for Canada’s left-wing party, the New Democratic Party, in every provincial and federal election from the time I was 18 until a few years ago. I viewed anyone who voted for our centrist party – the Liberal Party, now led by Justin Trudeau – as right-wing. I was not just left, but left of the left, and proud of it.

Many on the American right lazily refer to the ‘woke’ – that is, the kinds of people who label the United States a ‘white supremacist’ country, who believe respecting preferred pronouns is an important political position, and who insist that those who voted for Trump are dangerous ‘fascists’ – as ‘communists’ and ‘Marxists’. But even five years ago I would have insisted the woke were not the ‘real left’. The real left, I believed, was more interested in material concerns, like raising taxes on the rich, a higher minimum wage, universal daycare and publicly funded healthcare.

While most opponents of wokeness frame modern leftists as evil, I actually understand them. I know they aren’t, for the most part, bad people – just people with a blind commitment to an ideology claiming to seek justice, equality and an end to exploitation. I was one of these people, and I believed I was on the left because I cared about people and about creating a better world. There was no need for me to explore other ideologies because I knew I was good and right, and those who did not agree with me were wrong and bad.

Despite my dedication to the radical left, I became a pariah among progressives relatively quickly because of my opposition to the sex trade. I insisted that prostitution, strip clubs, pornography and sexual objectification in the media harmed women. I wrote critically about SlutWalk, a march that began in Toronto back in 2011, where young women attempted to fight victim-blaming by embracing the term ‘slut’ and parading through the streets in their underwear. I also argued that sexualised violence, even if ‘consensual’, is probably not a good thing. This angered the BDSM perverts and third-wave feminists who, like rebellious teenagers, argue that all ‘sex’ is good sex and label anyone who disagrees a religious prude or a ‘slut-shamer’.

The modern left had already lost the plot when I was beginning my career as a feminist writer back in 2009. The fact that any feminist or socialist would frame prostitution as an empowering choice for women was always strange to me. I remained committed nonetheless. I was always controversial, but things ramped up in 2015 when hundreds of Canadian leftists – members of groups such as the Toronto Sex Workers Action Project, Black Lives Matter Toronto and Trans Pride Toronto – signed a petition demanding I be fired and No Platformed by Rabble.ca, a Canadian progressive news site I worked for at the time.

The left didn’t want me, but I hung on. It wasn’t until the past couple of years that I came to terms with the fact that I no longer wished to be tied to this modern iteration of the left.

The most decisive thing for me has been the left’s erasure of women, which is now undeniable.

Last month, a leaked US Supreme Court draft opinion suggested the possible overturning of Roe v Wade. Thousands rallied across America under the banner ‘My body, my choice’.

In response to the leak, the ACLU, an organisation that once stood for civil liberties, tweeted that ‘Abortion bans disproportionately harm…’ followed by a long list of identity groups, including the ‘LGBTQ community’ and ‘people of colour’. Notably absent from its list was the only group of people abortion bans directly impact: women.

Planned Parenthood, the largest provider of reproductive-health services in the United States, began using gender-neutral terms like ‘pregnant people’ and ‘menstruators’ to refer to women as far back as 2016. When I criticised this move at the time, my column was later unpublished by Rabble.ca editors, which led to my resignation. In a Facebook post explaining my split from the site, I wrote that I refused to participate in ‘this Nineteen Eighty-Four-style Newspeak’. Things have only become worse since.

I wanted the left to change. That’s why I stuck around for so long. I wanted to be a voice of dissent in the movement and to push for something better. I warned that this kind of censorious, cowardly silencing and refusal to have any critical debate about ideas would lead to the left’s failure. But progressives only doubled down – clinging ever-more tightly to ideologies and mantras that are irrational and regressive, and censoring anyone who dared challenge them.

The left, seemingly along with most feminists, has now decided it no longer knows what a woman is, and that anyone who claims to know must be silenced.

At a certain point, we have to stop pretending this is just about a few bad apples. We have to stop hanging on, imagining this group will come around. It is time to deal with reality, not wishful thinking: this is the left now, whether we like it or not.

Fortunately, how you label yourself matters much less than what you actually do and the principles you support. The actions, ideas and policy are what count.

Blind devotion towards any group is dangerous. And it is particularly dangerous when it is towards a group that demands total capitulation – even to irrational ideas, such as that men are women or that two plus two can sometimes equal five – under threat of ostracism, financial punishment or even arrest.

We are also expected to believe that the left, which in Canada spent the past year calling for truckers to lose their jobs for protesting against vaccine mandates, is now in favour of ‘my body, my choice’.

The left is no longer a movement for justice and freedom from oppression, it is a movement for bullying and totalitarian control. Yet many feminists are still clinging to its coattails, wishful for what once was.

An ideology that says individual responsibility, accountability for one’s own life and a desire for self-improvement are bad things is not an empowering ideology, or one that will lead to a better society. A political movement that says the world around you is responsible for all that ails you, and that society must accommodate bad behaviour from any individual claiming a marginalised identity, is destined for failure.

In feminism, a lot of time is dedicated to asking why our movements, forums and activist groups quickly descend into infighting, drama and toxicity. During my time working with feminist collectives, it was always impossible to come to any decision. Meetings were often held hostage by narcissists who wished to make everything about their various afflictions and ‘trauma’, and who were willing to tear the group apart, seemingly just to test their power.

All this is ingrained in the leftist approach now, where ‘Safe Spaces’ are prioritised over getting things done, and where being an ‘ally’ means publicly proclaiming solidarity or condemnation, regardless of one’s individual thoughts or opinions. Independent thought is treated as a threat.

Any movement that treats those who achieve success, a platform or any form of power as traitors to be torn down and destroyed – or thinks that advocating for universal civil rights and liberties is ‘racist’, ‘misogynist’ or ‘transphobic’ – is not a movement ‘for the people’.

I haven’t adopted any particularly ‘right-wing’ values – unless supporting freedom, independence and autonomy now places one on the right, in which case I’ll accept the label. Call me what you like, but I have not sold out – I have maintained my commitment to doing what I consider to be right and ethical, no matter how unpopular that makes me.

Meghan Murphy is a Canadian writer living in Mexico. She will be speaking on a panel in Austin, Texas on 10 June 2022, titled ‘Women Leaving the Left’. Meghan hosts The Same Drugs on YouTube.