Minimum pricing for alcohol has been an utter failure

The SNP's flagship health policy has done nothing but harm. 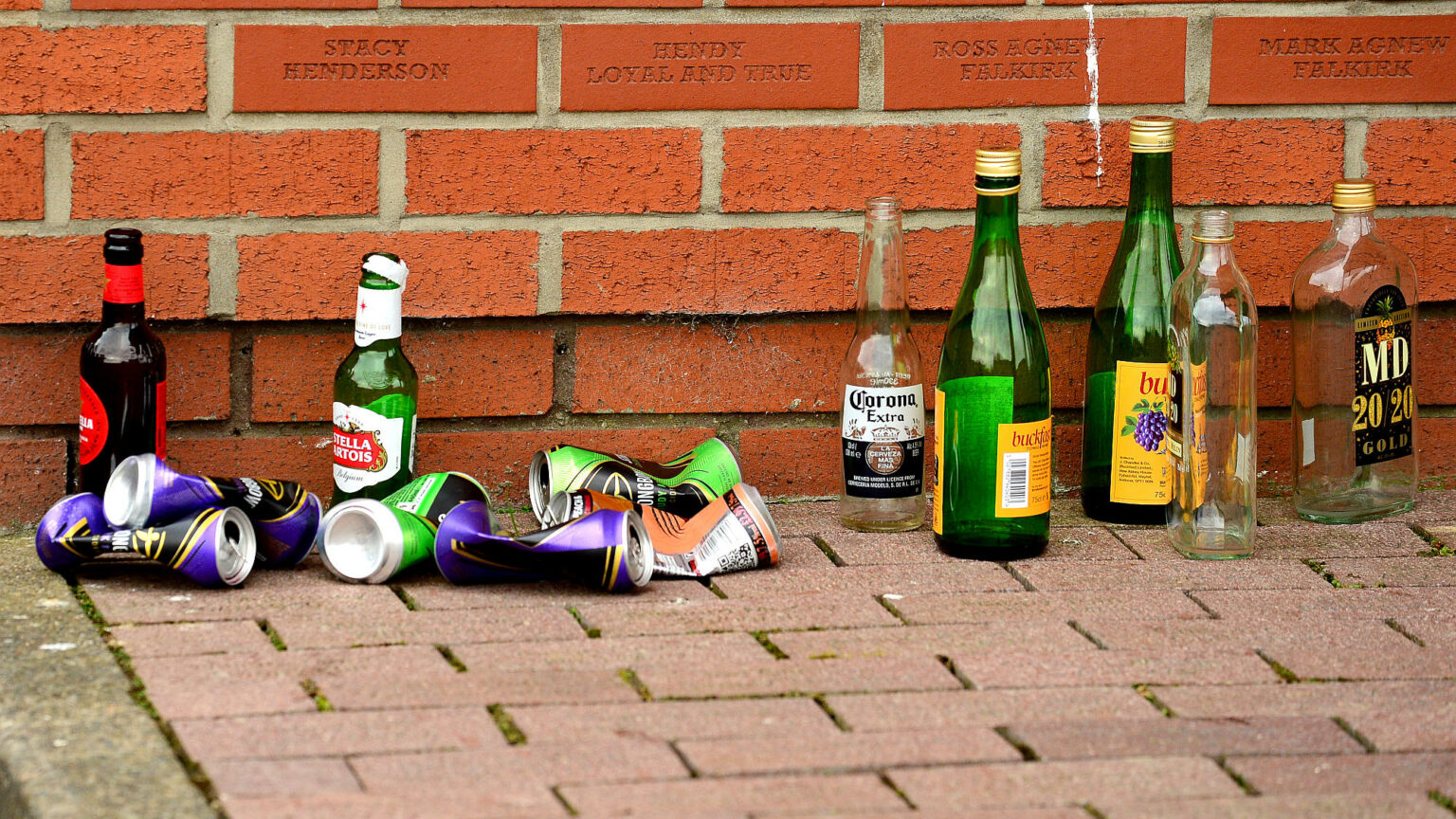 Pushed out under embargo on Monday, the latest chapter in Scotland’s official evaluation of minimum-unit pricing for alcohol (MUP) should be the final nail in the coffin of the SNP’s flagship health policy.

MUP has cost Scottish consumers £270million since it was introduced in 2018. And we knew from previous research that it has had no impact on crime and no impact on alcohol-related accident-and-emergency admissions. There has been no fall in alcohol-related hospital admissions since it was introduced. Alcohol-specific deaths reached a nine-year high in 2020. Scotland’s alcohol-specific death rate that year was 50 per cent higher than England’s.

It wasn’t supposed to be this way. In 2014, Sir Ian Gilmore, chair of the Alcohol Health Alliance, described minimum pricing as an ‘evidence-based policy exquisitely targeted at those, and those around them, who are currently suffering harm’. Gilmore’s partner in temperance activism, Nick Sheron, said that MUP was an ‘almost perfect alcohol policy because it targets cheap booze bought by very heavy drinkers and leaves moderate drinkers completely unaffected’. In another turn of phrase, he said MUP ‘exquisitely targets the heaviest drinkers’.

Today’s report shows just how exquisite minimum pricing is. Carried out over five years and focusing on the ‘people drinking at harmful levels’, for whom minimum pricing was supposedly calibrated, the research has found almost nothing to suggest that putting an arbitrary floor price on alcohol causes anything but misery.

On symptoms of alcohol dependence, it finds: ‘No clear evidence that MUP led to a change in the severity of alcohol-dependence symptoms among those presenting for treatment.’

On the financial consequences of MUP, it says:

‘People drinking at harmful levels who struggled to afford the higher prices arising from MUP coped by using, and often intensifying, strategies they were familiar with from previous periods when alcohol was unaffordable for them. These strategies typically included obtaining extra money, while reducing alcohol consumption was a last resort.

‘In line with the above, MUP led to increased financial strain for a substantial minority of those with alcohol dependence as they obtained extra money via methods including reduced spending on food and utility bills, increased borrowing from family, friends or pawnbrokers, running down savings or other capital, and using foodbanks or other forms of charity.’

On substitution effects, it finds: ‘There is some evidence that MUP led to people drinking at harmful levels switching from consuming stronger ciders to spirits, and particularly vodka, in response to these price increases.’

Indeed, over the course of 200 pages, almost everything that opponents of minimum pricing have been saying about minimum pricing for the past 15 years is shown to be true. The report is all the more powerful for having been co-authored by several members of the Sheffield Alcohol Research Group, whose modelling was instrumental in getting the MUP policy put into Scottish law. They include the group’s former director, Petra Meier, and its current director, John Holmes.

Did he ever think that, eight years later, he would be signing off a report which concludes the opposite? As today’s report puts it:

‘The introduction of a £0.50 MUP in Scotland led to a marked increase in the prices paid for alcohol by people with alcohol dependence. There is no clear evidence that this led to reduced alcohol consumption or levels of alcohol dependence among people drinking at harmful levels. There is some evidence it increased financial strain among economically vulnerable groups but no clear evidence that it caused wider negative consequences, such as increased criminality, illicit substance use or acute withdrawal.’

Well, at least there was no increase in criminality! Minimum pricing was, of course, supposed to reduce crime – by 3,500 offences in the first year, according to the Sheffield model.

After the risible Covid-19 modelling from Imperial College and Warwick University throughout last year, people are more sceptical of public-health modelling than they used to be. But even 10 years ago, it seemed bizarre that a flawed computer model from a single research group came to be seen as the definitive source of evidence for a policy that had never been tried before. From its very first iteration in 2008, the Sheffield model was taken as gospel by the media and politicians.

Covid models often had such wide confidence intervals that almost every eventuality was covered. The Sheffield group didn’t bother with confidence intervals at all. This naturally had the effect of making them sound more confident about their ludicrously specific projections, such as the 4,053 fewer hospital admissions and 909 fewer people who would be unemployed if MUP was introduced.

It is now 10 years since I wrote a paper with the statistician John Duffy discussing the problems with the Sheffield methodology. Some of the problems were quite technical. Some were more obvious, such as the patently false assumption that heavy drinkers are more responsive to price rises than moderate drinkers. Others were simply a matter of competence. The BBC recently had to re-film a scene in a Panorama documentary to correct an estimate given to it by the Sheffield team. It had originally claimed that 50,000 people over the age of 65 would have their lives extended if MUP were introduced in England. After it was pointed out that this could not possibly be correct even using their model, this was changed to 11,150. The Sheffield team blamed ‘human error’ for the discrepancy.

But the main thrust of our critique was that the Sheffield team was trying to do something that was impossible. There was simply not enough information around to produce a reliable model and no way to tell whether minimum pricing was going to be effective, useless or counter-productive. All the Sheffield team had were assumptions. If you tell a computer that creating a floor price will make harmful drinkers cut down on their drinking, the computer will repeat your assumptions back at you. This is what the Sheffield team did, albeit decorated with hundreds of pages of text that policymakers never read and wouldn’t have understood if they did.

Other people, who often had a little more experience with alcohol abuse, suspected that any benefits from MUP would be negligible while the costs would be great. They argued that heavy drinkers would cut down on other parts of the household budget rather than cut down on drinking. They argued that people would switch from cider to spirits. These too were only assumptions, but the sceptics didn’t have a computer model to put them into and so it didn’t count as evidence.

Meanwhile, policymakers in Scotland remained bewitched by the numbers in the model. Once the relevant legislation was passed, they waited for the latest iteration of the model to be sent to them before they decided whether the floor price should be 45p or 50p. Once the modellers gave the nod to 50p, that is what it became.

The final obstacle to implementing MUP was the European Union. After the Scotch Whisky Association raised a challenge under EU competition law, the case swung back and forth between the courts until the European Court of Justice ruled that MUP would only be legal if the same public-health objectives could not be met by other means. The obvious alternative was raising alcohol taxes. Scotland doesn’t have the powers to raise alcohol taxes, but that wasn’t the EU’s problem, so the Scottish government commissioned the Sheffield team to produce new modelling to use as evidence in court. Happily for the SNP, the resulting report concluded that alcohol duty rises ‘are a less well-targeted and robust approach than MUP’. They won the case and MUP was introduced in May 2018.

Thanks to a sunset clause, MUP will automatically expire in two years’ time unless the Scottish government can prove it worked. With its own evaluation showing a catalogue of failure, it will struggle to do so, but don’t rule out some tendentious research from the ‘public health’ lobby riding to the rescue in the meantime. The temperance lobby is already claiming that the policy would have worked if the price had been set higher.

Common sense may not prevail in Scotland, but today is a vindication for those of us who used common sense to predict the consequences of minimum pricing. How exquisite.