Boris Johnson is not a threat to democracy

His tweaking of the Ministerial Code is not the outrage it is being made out to be. 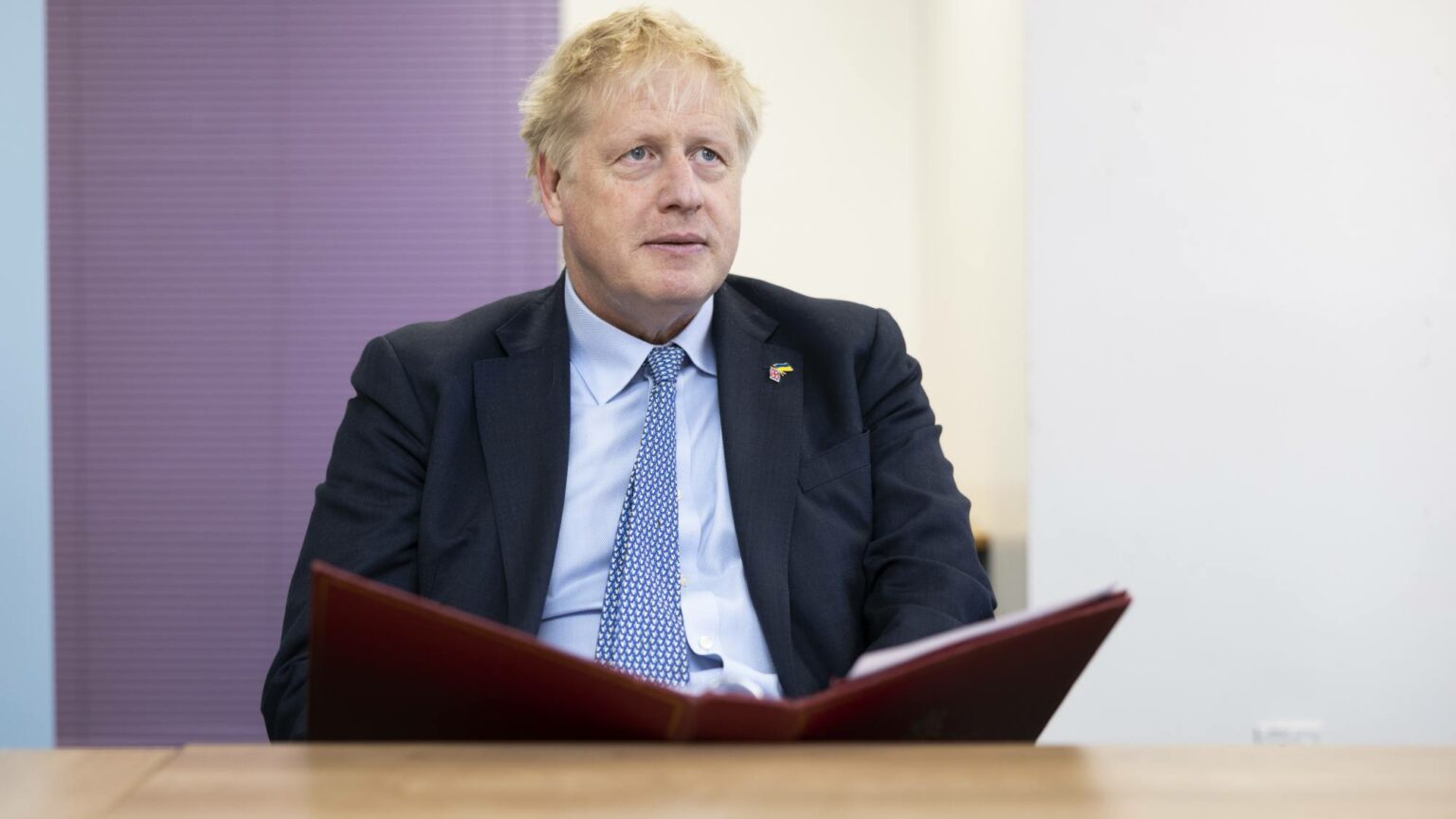 Perhaps we should view it as progress that Angela Rayner, the deputy leader of the Labour Party, has described the prime minister as a ‘tinpot despot’.
For a start, the phrase has a pleasing poetic quality about it. It also seems to mark an intellectual advance on her previous description of Tory opponents as ‘scum’.

It actually contains the germ of an idea, of a critique that goes beyond simple tribal hatred. The idea is that Boris Johnson refuses to be constrained by constitutional norms and uses his parliamentary majority to sweep away safeguards and rewrite rules for his own convenience.

The example this notion is currently being pinned to is the government’s rewriting of the terms and conditions of the Ministerial Code, so that breaches do not automatically lead to resignations.

A Cabinet Office document published on Friday says it is disproportionate to require resignations for minor breaches and that sanctions instead could involve ‘some sort of public apology, remedial action or removal of ministerial salary for a period’.

Importantly, the new version of the code will still require resignation for ministers who ‘knowingly mislead parliament’. More important still, the proposed revision of the code has been agreed with the independent Committee on Standards in Public Life.

The committee’s chairman, Lord Evans, actually wrote to the prime minister in April 2021, telling him: ‘The current expectation that any breach of the Ministerial Code should lead to resignation is disproportionate.’

But why let facts get in the way of a good story? For Ms Rayner, the new rules reveal the PM’s ‘sinister attempts at watering down standards and integrity in our democracy… while his conduct sinks further into the gutter and he gives the green light to corruption’. Naturally, the Twittersphere has lapped up this interpretation, with ‘#dictator’ trending over the weekend.

It is tempting to lay all the blame for this confected nonsense at the door of the Labour Party, but as with so many terrible takes on politics, it can actually be traced back to establishment Toryism.

The narrative about Johnson turning the UK into an ‘elected dictatorship’ was actually launched by Ken Clarke last year in an interview with the New European globalist propaganda sheet (aka ‘newspaper’).

Clarke complained of Johnson: ‘He gets angry if the courts or parliament try to interfere. As the elected prime minister, he thinks he should not be impeded in these ways. We are now getting dangerously close to the “elected dictatorship” that Lord Hailsham, the former lord chancellor, warned us about half a century ago.’

‘We need to restore the strengths of the Commons and the Lords by putting their powers into statutory reforms’, added Lord Clarke.

Clarke’s ire can, of course, be traced back to Brexit and its magnificent negation of the dismal idea of European political integration – something which animated his public service over half a century.

In autumn 2019, Johnson was desperate to find a way of carrying out the instruction of the British people to leave the European Union, as per the promise in the government leaflet sent to every home that had launched the referendum campaign: ‘This is your decision. The government will implement what you decide.’

And though he faced a House of Commons overwhelmingly elected on manifestos that had pledged to implement Brexit, a majority of MPs were staunch Remainers. Many were prepared to block Brexit outright in contravention of the manifestos they were elected on.

So Johnson did indeed sail close to the wind in an effort to thwart them. He prorogued parliament in a bid to marginalise the Brexit blockers. But the Supreme Court ruled that move unlawful and parliament was immediately un-prorogued. That allowed then Commons speaker John Bercow to break convention by handing the order paper to backbench MPs. This resulted in the passing of the Benn (aka Surrender) Act, forbidding the government from taking the UK out of the EU other than on terms agreed with the European Commission.

The logjam was only broken when the opposition parties splintered over their response to Johnson’s effort to force a General Election, with the Lib Dems miscalculating that such a poll would be in their interests after having chalked up a decent showing in the European elections of spring 2019.

This grave episode showed that for many establishment figures a stated objection to ‘elected dictatorship’ is really an objection to implementing the democratic will. Their alternative to it actually amounts to unelected dictatorship, particularly in respect of their attempts to sustain the blocking powers of the House of Lords.

Few would dispute the importance of protecting the core rights of minorities or individuals, but the British political establishment – from Clarke to Rayner – actually seeks to remove the ability of any elected figure to impede the march of their ‘progressive’ creeds.

Though Johnson certainly is at times a rackety figure capable of bending rules in his own interest – see for example his approach to the funding of the refurbishment of the Downing Street flat – a far more acute threat to democratic norms is posed by the march of the unelected and unmandated state.

A topical example is the stranglehold that trans-activist ideology now has over the public realm. A newly published report by Policy Exchange finds that the self-declaration of ‘gender identity’ has been adopted as policy by all key criminal-justice institutions. In some cases, this will mean women having to refer to the men who raped them as ‘she’ in court. The encroachment of critical race theory into schools is another case in point.

Neither of these extreme ideologies has secured a mandate to legitimise its advance. And given that the UK has elected nominally Conservative governments in recent years, voters are entitled to expect such nonsense to be blocked. But it hasn’t been.

The politics of the cadre is a far bigger danger to the UK’s status as a liberal democracy than are the personality flaws of the PM. But don’t expect Ms Rayner to hyperventilate about that anytime soon.