Jokes are not violence – this is violence

The attack on Dave Chappelle reminds us why we must never equate violence with words. 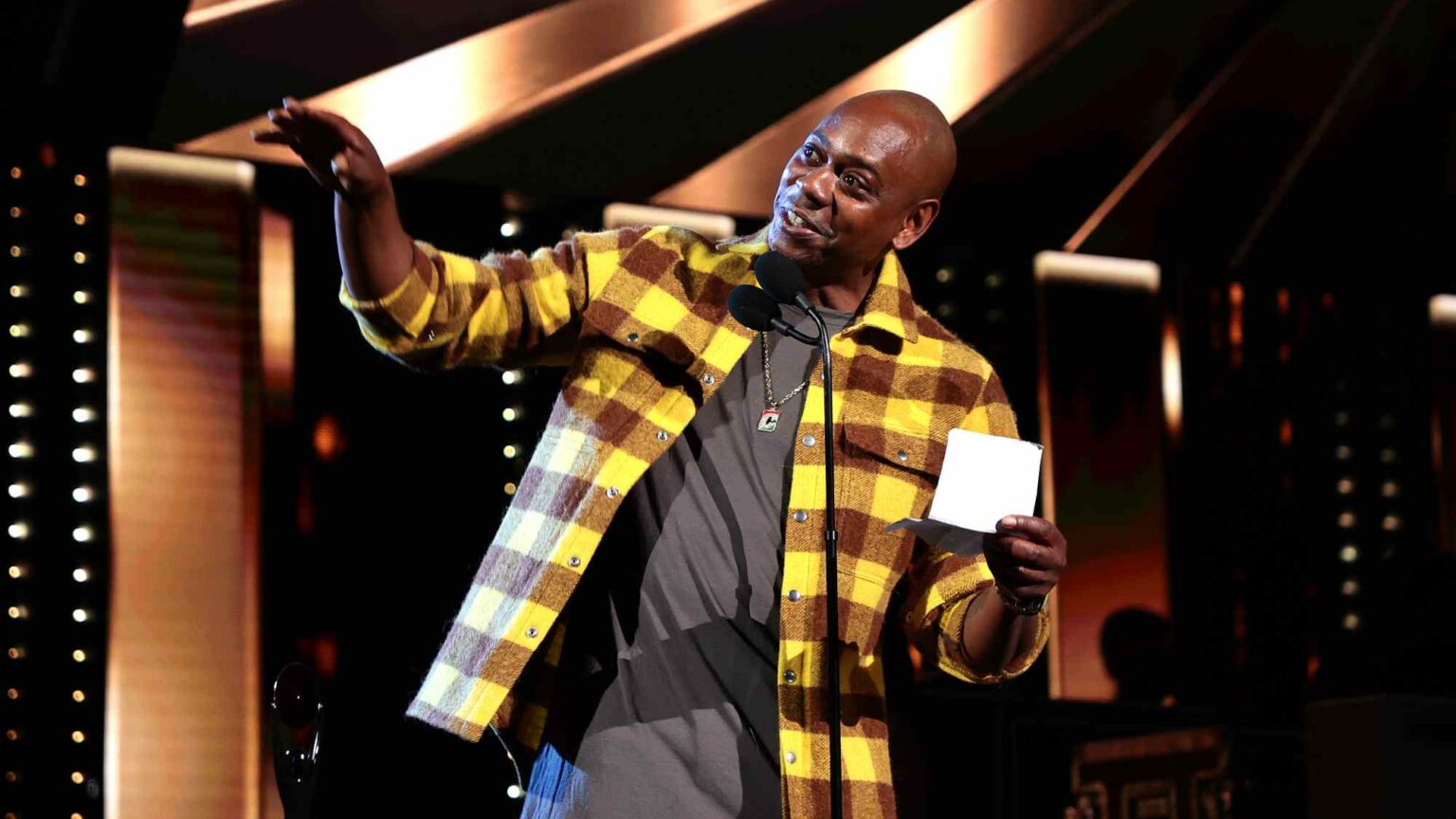 We don’t know why that man rushed comic legend Dave Chappelle onstage at the Hollywood Bowl last night, allegedly wielding a replica gun with a blade inside. What we do know is that Chappelle’s attacker got his arse handed to him by security, if the images of him being wheeled into an ambulance, bloodied, cuffed and with his arm cocked at a gruesome angle are anything to go by. And we also know that Chappelle handled it all like a pro, returning to the stage shortly after the attack to quip that it was a ‘trans man’ who had tackled him to the floor, a nod to the heat Chappelle has caught in recent years for his jokes about gender ideology.

We do not know what this man’s motive was – reports suggest he was staying in a homeless shelter. But given all the flak Chappelle has taken of late, it’s hard for the mind not to turn to the deeply intolerant climate we find ourselves in. The climate in which comedians like Chappelle are routinely accused of inflicting ‘violence’ upon various communities, shamed as bigots with blood on their hands, merely for telling jokes about those communities. This is one of the most dangerous ideas of our time. For if you concede that jokes are violence, then some people will start to see violence as a legitimate response to jokes.

When trans activists picketed Netflix last year – protesting against Chappelle’s latest heretical special, The Closer – one of the organisers made a remarkable statement: ‘We are here today not because we don’t know how to take a joke. We’re here because we’re concerned that the jokes are taking lives.’ The sinister, violent implications of this sentiment were amply demonstrated at the protest. Two YouTube comics who showed up to show support for Chappelle – brandishing signs with such menacing slogans as ‘We like Dave’ and ‘Jokes are funny’ – had their signs broken and one had his head bounced off a concrete planter. The mix of victimhood and menace was perfectly summed up when a protester grabbed one of these comedic counter-protesters’ signs, snapped the stick off and then handed it back to him, shouting ‘he’s got a weapon!’.

Even now, in the wake of the rushing of Chappelle at the Hollywood Bowl, the woke set seems more upset about the comic’s jokes than the attacker’s actions. ‘Dave Chappelle criticised for joking that a “trans man” attacked him on stage’, runs a headline in the Independent. ‘Dave Chappelle “made shameless trans-guy joke” after being attacked on stage’, thunders another in Pink News. On woke Twitter, a bizarre sort of moral equivalence is being drawn between Chappelle and his assailant. ‘All these people leave out the fact Dave Chappelle joked that it was a “trans man” that ran on stage to beat him when we don’t know who it was’, reads one viral tweet. ‘All we know is that things are about to get worse in this country and have been getting worse for trans people and Dave encourages it.’

This is a kind of mania. Some people have become so obsessed with supposedly violent language that they are now almost blasé about actual violence. As it happens, Chappelle has never once incited violence or preached hatred against trans people. What he has done is poke fun at the excesses of gender ideology and joked about trans people in much the same way as he has joked about various other racial, sexual and social groups over the course of his long career. He hails from what now feels like a distant era, in which making fun of difference was seen as a means of transcending it. But in our brave new world his comedy is seen not only as likely to inspire violence, which is an absurd and censorious accusation in itself, but also as a form of violence. ‘Harm is not always physical’, is how one of his trans-activist detractors put it last year. ‘It’s psychological, it’s emotional. It happens in many different forms, and words hurt.’

Well, this is where you end up if you concede that words hurt, if you mainstream the idea that jokes are as bad as fists. You end up with comedians being attacked on stage, while their detractors witter on about ‘hate speech’. Comedians have always been at the sharp end of the fight for free speech. They push the bounds of acceptable thought, they step on the landmines so the rest of us don’t have to – the clichés abound because they’re basically true. No wonder then that in our increasingly intolerant victimhood culture, telling jokes is once again becoming a risky business.