The narcissism of the Britain-bashers

The Britain they love to hate exists mainly in their heads. 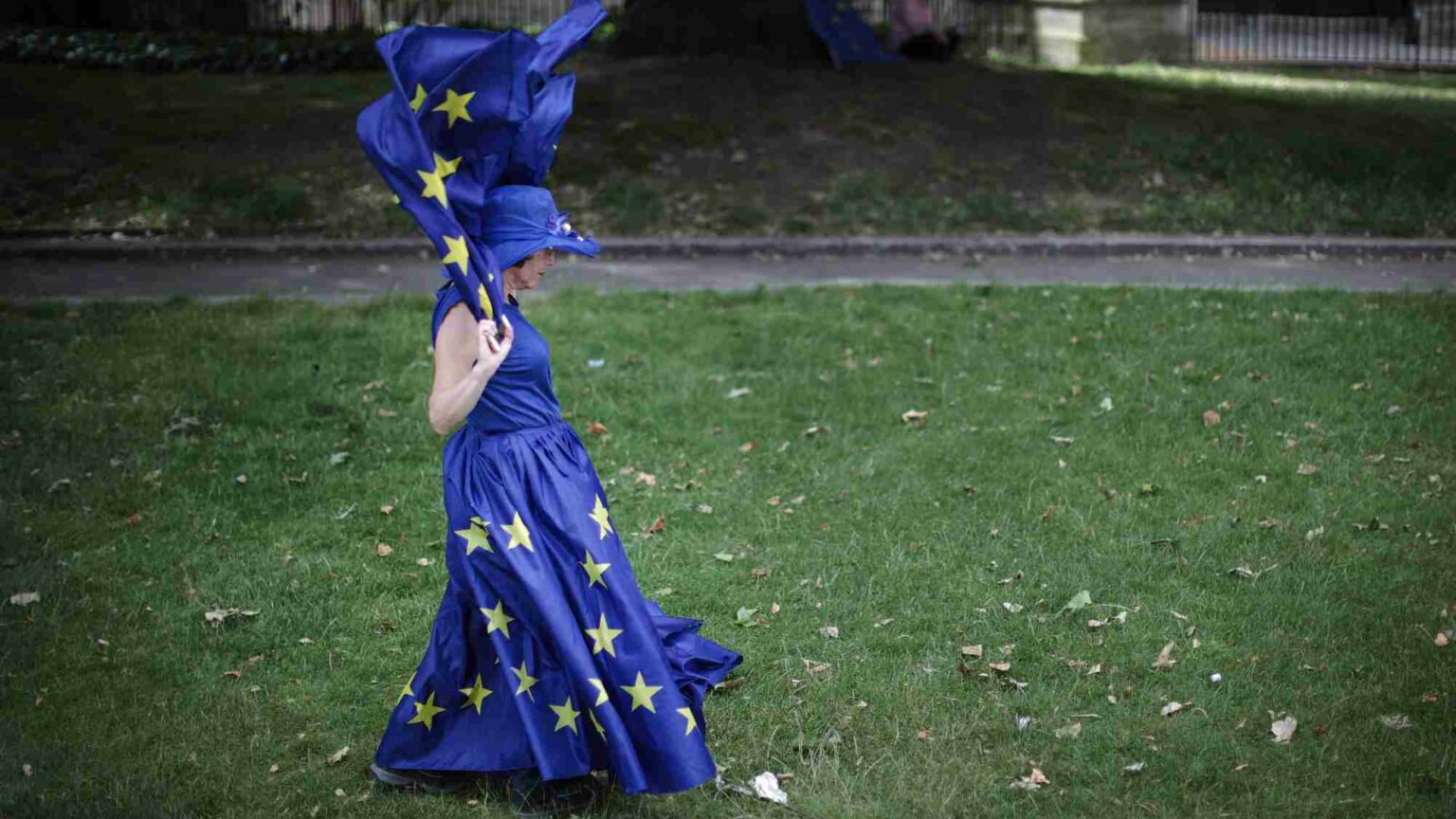 It has become fashionable in recent years to declare that you are ‘ashamed to be British’. This boast came to the fore during the Brexit debates of the past decade, attaining credence and kudos among a certain Remainer type who seemed to worry constantly about what the rest of the world thought of this country, whether others were laughing at us and whether the United Kingdom was condemned to an unloved and friendless future.

This neurotic narrative has returned to prominence this month, thanks to the British government’s plans to send migrants off to Rwanda. How beastly we must look. What on Earth will the neighbours say? ‘It’s really becoming increasingly difficult to be proud to be British, isn’t it?’, tweeted Adam Kay – a tweet that has since been ‘liked’ 38,000 times. To great applause, one of the #FBPE crowd added: ‘I have a very heavy heart this morning. We seem to be surrounded by unrelenting cruelty. I am so ashamed to be British, it makes me want to howl.’ Over 12,000 people agreed with him.

Such narcissistic displays of conspicuous compassion are now routine. The political has long been deemed the personal. Current affairs are about me. Witness the witless reaction to the outbreak of war in Ukraine – a war predictably filtered through the prism of the self. As Julie Burchill has written on spiked, this is ‘the first war to be mostly about the people not actually fighting in it. A war about our feelings.’

Yet beyond such customary self-regard, there is something profoundly weird afoot. There dwells within the #FBPE / Remainiac / liberal mentality something disjointed, incoherent and even pathological. It’s a heady mixture of insecurity, petulance, vainglory, self-abasement and megalomania.

They seem to care and love their country very much, hence their desire to be ‘proud’ of it and their dread of being ‘ashamed’. Yet, simultaneously, they seize any opportunity to talk down and denigrate their country: superficial patriotism is blended with old-fashioned, liberal-left anti-patriotism.

They regard the views of most ordinary Britons with contempt – especially their unfashionable opinions about immigration. They look down with sullen fury on the uncouth mob for objecting to the dysfunctional EU, which still exists in the Remainers’ minds as a utopia.

These people love their country. They just hate the people who live in it. They urge us to love our proverbial neighbours, while hating their real neighbours.

It’s a schizoid mentality. Author Ben Cobley summed it up at the weekend: ‘It seems that everyone in the world should be living in Britain because nowhere else is safe, yet simultaneously we’re the most awful, barbaric, racist country in the world.’

The Britain they love to hate seems to reside in their imagination.

The emptiness of Extinction Rebellion

Extinction Rebellion and allied eco-activist groups have been making the news again. They’ve been protesting once more, ostensibly to save the planet. But will they make a difference? Or is it all about show and attention-seeking? Is genuine political protest now but a minority pursuit?

Some decades ago, philosopher Alasdair MacIntyre wrote the landmark book, After Virtue (1981). Drawing its main thesis from Friedrich Nietzsche, it argued that Western society was living in a time of ethical crisis, in which morality no longer had a transcendental or humanist foundation. We now merely inhabit an era of superficial ’emotivism’, wrote MacIntyre, and ‘that in moral argument the apparent assertion of principles functions as a mask for expressions of personal preference’. Hence the vacuousness not only of the language of morality, but also of politics today.

The vapidity of politics could be clearly witnessed in the arena of political protest, he wrote. Back then, protest was already becoming more a means of demonstrating fidelity to a cause and a tribe than about effecting worldly change. Here he foresaw today’s echo chambers, in which feeling is a replacement for substance: ‘Hence the utterance of protest is characteristically addressed to those who already share the protesters’ premises… protesters rarely have anyone else to talk to but themselves.’

The triumph of performative, tribal protests had started to take place before 1981. It can be traced back to the Situationists of 1968. But as society has become more narcissistic and nihilistic, the incoherent nature of political protest has become more pronounced.

At the turn of the millennium, for instance, we witnessed the proliferation of ill-defined ‘anti-capitalist’ protests, which were complaints about everything and nothing. The 21st-century social-media revolution has encouraged opaque, performative protest to go into overdrive. Shock displays are now mandatory: face-gluing, taking the knee, fancy dress, young women going bare-breasted, statue-smashing, vandalism and destruction. In an era of superficial approval-seeking, ‘liking’ and retweeting, theatrical protest is the norm.

This isn’t to tarnish all protest as politics-free. For many, the environment is a real concern. The global anti-lockdown protests of the past 12 months were focused on a tangible issue. But they weren’t generally considered newsworthy as they had few puerile theatrics, which hints at their actual sincerity and seriousness.

There’s no point complaining that Extinction Rebellion protesters are making our lives a misery, or that they could better pursue and achieve their aims democratically. Its adherents don’t care about democracy. Most prominent protest groups today serve primarily to help likeminded strangers cement social ties and solidify tribal bonds, using performative displays of ideological purity to express utopian, impossible, abstract demands. This is all to convey and affirm that they are on the side of good versus evil.

The struggle for autonomy

Are the multitudes of people transitioning from one sex to another, in numbers previously unheard of, exercising their bodily and rational autonomy in realising their true selfhood? Or are they being nudged, cajoled and brainwashed into transitioning? Whatever your opinion, this unprecedented phenomenon tells us something about the limits of autonomy.

For every individual exercising autonomy and their will for themselves, there are those exercising their will and autonomy over others – against others and upon others.

The battle over sexuality and gender reminds us that striving for autonomy is a never-ending struggle between the self and forces outside the self. We’re all immersed in power contests, in which the will of others can be internalised by the self. It isn’t always evident how: power struggles are often insidious and invisible. On this, Michel Foucault was right.