Ukraine is not all about you

Comfortable Westerners think they are the real victims of this invasion. 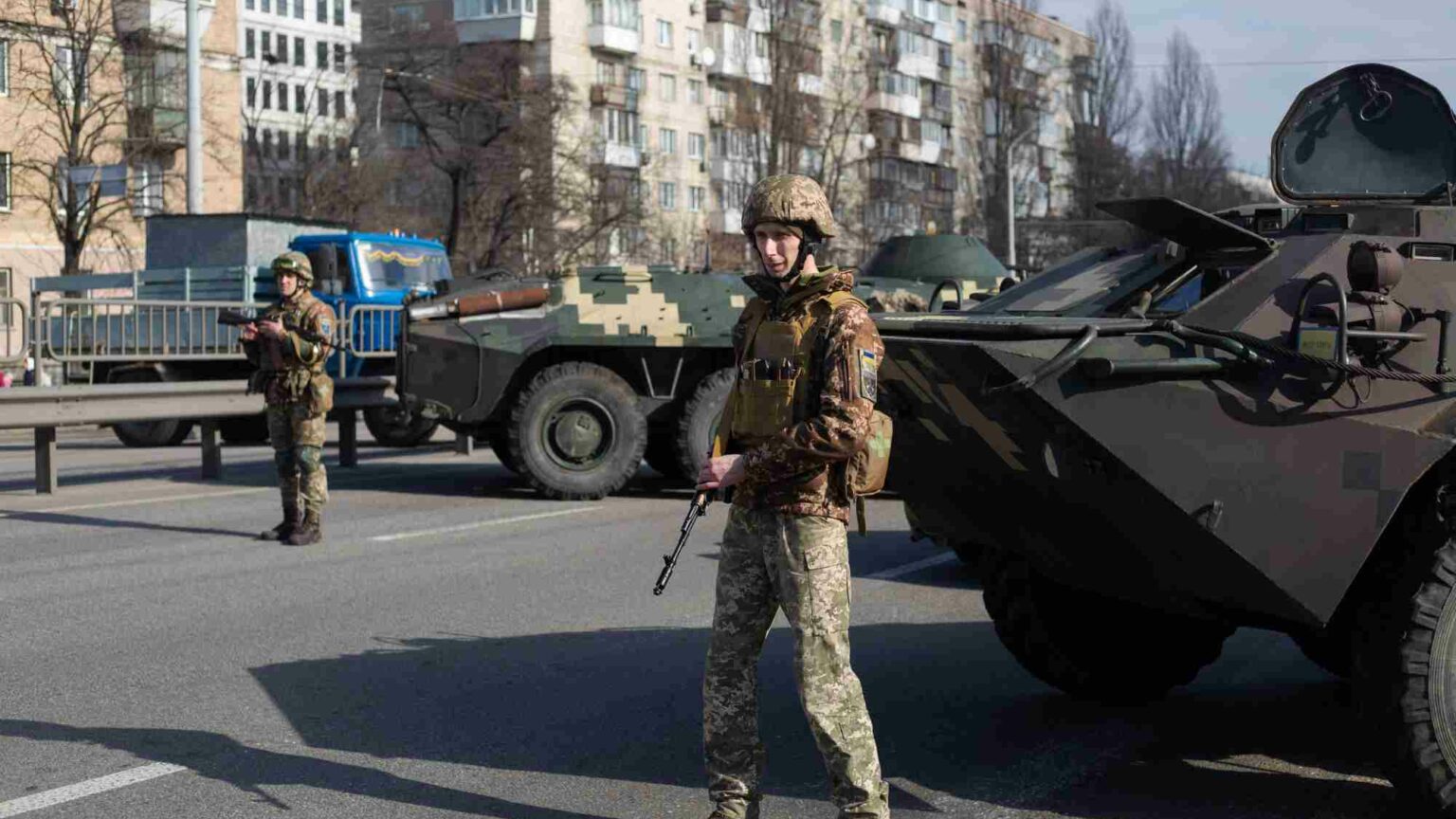 For a moment it seemed that the war in Ukraine was straight out of the history books. Tanks rolled out of one European country and into another on the shallow pretext that it was all about liberating minority peoples in the invaded country and uniting them with their brethren – the Sudetenland Stomp. Then the Telegraph claimed that Russia had ‘triggered’ Britons, and it became clear that this was actually a very modern war – the first war to be mostly about the people not actually fighting in it. A war about our feelings.

We’ve been groomed to think of ourselves as precious, fragile children for quite a while now, all the easier to boss around, muzzle and be sent to our rooms for the best part of two years. It starts with the television talking head telling us to ‘Wrap up warm / Stay hydrated’ instead of simply telling us what the weather will be. It takes in the radio interviews with young doctors during the pandemic (‘We’re being fast-tracked, it’s so exciting!’ Talking head: ‘But scary too?’ ‘No, just exciting!’) And ends up here, with Western media ceaselessly nagging at Ukrainians to be more scared – the best was a BBC 5 Live presenter asking a young Kiev woman taking up arms, ‘Are you scared?’, and her answering, ‘No – why would I be?’. I can understand how frightening fighting for your country would be if you were a feather-bedded BBC lifer whose greatest peril is keeping that weekly expenses claim believable. But they shouldn’t judge us all by their namby-pamby standards.

Social media of course makes everything all about us to the nth degree, and it wasn’t long before one bright spark was whining that ‘Russia’s attack on Ukraine means there’s a stressful news cycle ahead of us’. There’s been a big lie for a long time that modern life is uniquely stressful and that we should approach ourselves as delicate flowers in ceaseless need of ‘pampering’ and ‘self-soothing’ rather than as the tough, mobile pleasure-units we are born with the capability to be. And sure enough, whereas the prospect of war would once have made us more combative, now even another country’s conflict is a cue for a collective fainting fit. Each and every section of society is believed to be currently in meltdown concerning the invasion of Ukraine. And every media outlet has been offering succour to the Western world’s brave little soldiers. The Huffington Post is even offering creepy tips on what to do ‘If you’re feeling anxious, scared or overwhelmed by war in Ukraine’ – why not try a ‘body scan’ to ‘get yourself out of your thoughts and into your body’ (‘Sit, close your eyes, and gently, mentally, scan your body from the crown of your head down, really feeling your body on the chair’).

And of course, no one suffers like a celebrity, desperate to compete in the Victimhood Olympics despite the obstacles of wealth, fame and / or beauty. It’s understandable that actresses Mila Kunis and Milla Jovovich might legitimately make the war a tiny bit personal – they were born in Ukraine. But less so for Holly Willoughby, who posted a photo of a pair of tanks on social media with the anguished plea ‘How to explain this to my children?’ Then there was the awful James Corden, blubbering on about not being able to explain war to his brood. Compare this multi-millionaire living in a gated community in the US to Volodymyr Zelensky refusing to have the US airlift his family to safety – they barely seem the same species. It’s actually very simple for the privileged Westerner to explain to their kiddywinks: ‘We’re just going to let the bad man do what he likes to those people over there in the hope that he won’t come here and do it to us.’ Sorted!

One thinks back to the old days when stars actually enlisted for war (James Stewart, Clark Gable, David Niven) or went to war zones to entertain troops (Marlene Dietrich called her breathtaking level of war work ‘The only worthwhile thing I have done’). Compare them to the likes of Gwyneth Paltrow, who claimed that reading nasty things about herself and her friends online was ‘almost like how, in war, you go through this bloody, dehumanising thing’. We live in a time when celebrities co-opt a violent foreign conflict into their own ’emotional lived experience’ as something that must be processed over the homemade ciabatta.

But to cut them some slack, they’re products of the same lily-livered, milksop culture that we all are. Being scared of life is now accepted as the norm, hence the ludicrous rise of trigger warnings. I’m fine with people being worry-warts so long as they don’t paint me as being weird for not worrying – that’s strength-shaming.

All it takes is a little historical perspective. Both my parents were evacuated to Cornwall during the war, as were thousands of children. You see photos of them going off with their gas masks, their parents cheerfully waving them goodbye, like it was some great adventure. Even the royals toughed it out. When it was suggested that the princesses be sent to Canada at the start of the Blitz, the Queen Mother famously remarked: ‘The children won’t go without me, I won’t leave without the king, and the king will never leave.’

I’m not suggesting that we return to the days of cold baths and lard sandwiches. But I do believe that the current emphasis on feelings above all means that we are becoming less resilient than we might otherwise be. And though coddling people may make them feel better in the short term, in the long run it will lead them to have worse lives than if they had been encouraged to toughen up a bit.

It’s ironic that those BBC talking heads now incredulous that the Ukrainians are making Molotov cocktails rather than weeping are people usually so keen on ‘diversity and inclusivity’ – yet they seem to find it hard to grasp that Eastern Europeans, having grown up with material deprivation and existential bullying, might be different from Western Europeans. Eastern Europeans are much more like we were in the 1940s, in fact. And we in the West know that we’re wimps nowadays and want to make everyone like us so we don’t feel so weirdly weak-minded.

It’s generally unwise to superimpose Hitler on to modern politics. But seeing the example set by the BBC and other liberal elites during the Ukrainian conflict, I do wonder how we’d be encouraged to react by our chronically risk-averse public figures if he was up to his diabolical antics today. Would we fight the Nazis in the street, as the Ukrainians are fighting the Russians, or would we just lie down in the nearest day spa and cry? If so, then our civilisation isn’t worth saving.

Yet again, I think of my favourite quote on war, by John Stuart Mill:

‘War is an ugly thing, but not the ugliest of things: the decayed and degraded state of moral and patriotic feeling which thinks that nothing is worth a war, is much worse… A man who has nothing which he is willing to fight for, nothing which he cares more about than he does about his personal safety, is a miserable creature who has no chance of being free, unless made and kept so by the exertions of better men than himself.’

Tell your children that, James Corden.