Why Britain went to war over the Falklands

There was always more at stake than a tiny group of islands 8,000 miles away. 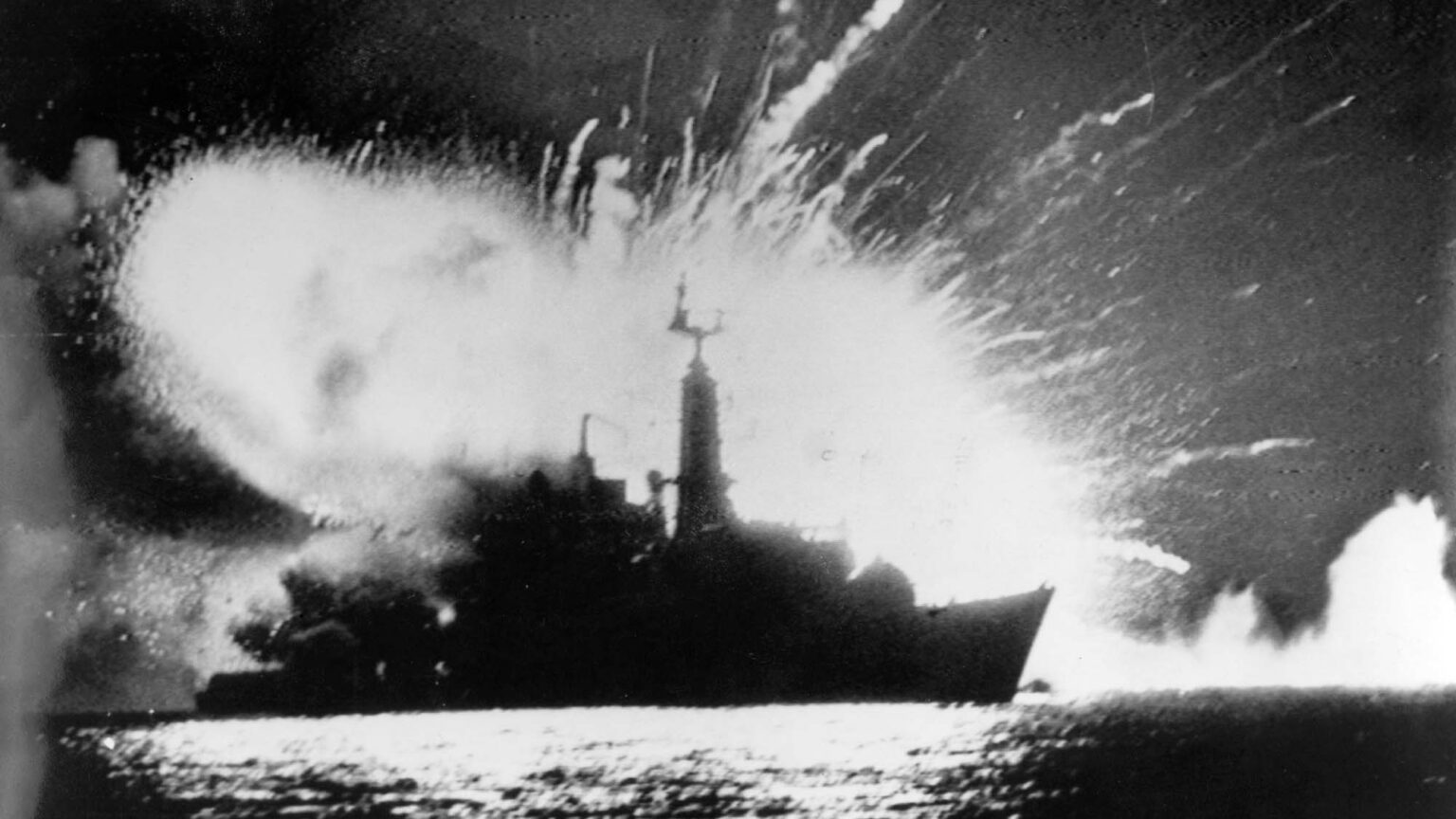 On 2 April 1982, Argentina invaded the Falkland Islands, an archipelago in the South Atlantic. The Falklands were (as they still are) a British dependency. In response, the British state sent a Royal Navy task force to engage the Argentinian forces.

Looking back 40 years on, what was striking was the near unanimous support in Britain for the Falklands War. There was none of the dissent that later accompanied Tony Blair’s Iraq War in 2003. Quite the opposite. Then prime minister Margaret Thatcher was able to rally aggressive national chauvinism in favour of this particular conflict. And in doing so, she was able to attack the apparent disloyalty of a still militant working class at home. Famously, victorious Royal Marines sailed back into Southampton with an anti-trade-union banner emblazoned with the legend ‘call off the rail strike or we’ll call an airstrike’.

The Falklands certainly seemed to come along at the right time for Thatcher, who was unpopular with the public and her own cabinet at the time. But why did the war happen? And what might its legacy be?

The nature of the war

The decision to invade the Falklands was taken by the leader of the Argentinian junta, General Leopoldo Galtieri. It was an unprovoked act which was hated by the 1,800 islanders.

But war is never simply a matter of who started it. We must assess the nature of the combatants and the specifics of their dispute.

Let’s start with the Falkland Islands themselves. They did not comprise a nation deserving or wanting self-determination, in the way, say, that Ukraine clearly does today. They were a distant British outpost.

As for Britain, it was, if anything, still the imperial power in this conflict. It had built the railways that stretched throughout Argentina during the 19th century, and it had connived with its reactionary regimes until it was supplanted by Washington during the Second World War. More broadly, Britain was still an imperial presence in South America as a whole. UK-owned Lloyds Bank and Midland Bank alone were each owed a then-colossal £3 billion by Latin American countries in 1983.

Moreover, geographically and historically, Argentina had a proper claim to the islands. After all, it was imperial Britain that originally seized the Malvinas from a then fledgling, newly independent Argentina back in 1833.

So Argentina’s rulers may have thought they had right on their side. But they didn’t have much else. Argentina, with a population of just under 30million in 1982, was a weak nation. Unlike Britain, it had no role outside its immediate region, no nuclear weapons and no seat on the United Nations Security Council. And it had no powerful allies.

The Falklands War, then, was a thoroughly unequal contest, and not just in military terms – although things did get quite dicey for the British forces at times.

Moreover, as stated, British society was mobilised in support of the war. Opposition to it was distinctly muted. Liberals tended to content themselves with dismissing it all as unnecessary and disproportionate. Whereas the left, especially the Labour Party, seemed confused by the war’s outbreak and ill-prepared. Labour leader Michael Foot, confronted by what looked like a fascist banana republic, led by Galtieri in all his military regalia, even portrayed the war as a just struggle against fascism. Foot’s response was a sign of just how perplexed the left was by the Falklands War.

The war in context

The real, strategic reason for the war lay in plain sight, if only the British left had cared to look. As defence minister John Nott declared on 20 April 1982: ‘If you don’t stop an aggressor, albeit one that attacked a small group of islands 8,000 miles away, then someone else will have a go somewhere else in the world.’

In other words, in the midst of the Cold War, Britain’s rule and its martial reputation had to be defended at home and abroad, lest any sign of weakness be exploited – especially given the continuing ache of the debacle at Suez in 1956. The British state felt it had to stand tall in the Falklands, and demonstrate its strength once again as an independent nation.

After all, Britain’s US allies were not exactly rallying to its side, with US secretary of state Alexander Haig initially offering only limp support. Moreover, if we are to accept the conclusions of the Stockholm International Peace Research Institute, US satellites could have potentially provided intelligence about the invasion. As SIPRI, looking at two US satellite tracks, put it in 1983, ‘it can be seen that, during orbits 12205 and 12221, satellite 1980-10A flew over several Argentine military bases on 27 March and over the Falkland / Malvinas Islands on 28 March and 2 April, the day of the invasion’ (1).

In other words, it is very probable that Washington knew about the invasion five or more days beforehand. But did it tell London? That seems unlikely. Latin America, and especially Argentina, was Uncle Sam’s sphere of influence, not Britain’s (2). So, given the initial lukewarm backing from Washington, London had little choice but to show steel not just to Argentina, but to America, too.

While the Cold War still had seven years to run, the Falklands War set the pattern for plenty of wars after it. Instead of a nuclear-missile exchange between European tank armies, it underlined to the ruling class the importance of conventional weapons and sea power, especially when dealing with developing countries.

Today much has changed, of course. But, with Britain having recently sent an aircraft carrier to fly the flag near Taiwan, the Falklands War is a reminder that Britain has long used the sea to project its power.

(1) ‘The military use of outer space’, by Bhupendra Jasani, in World armaments and disarmament SIPRI Yearbook 1983, p429

(2) Sir Nicholas Henderson, Britain’s ambassador to the US and the man credited with persuading Washington eventually to back Britain, was asked in 2002 if he thought the US was surprised by the invasion. He replied that, ‘Yes, I think, so: because America was very close, politically and diplomatically, at that stage (we are talking about March 1982) Argentina. They were using Argentina and depending upon them a great deal for support with the problems they were having in Central America.’