The war in Ukraine is not all about us

Stop looking for moral redemption in someone else’s misery. 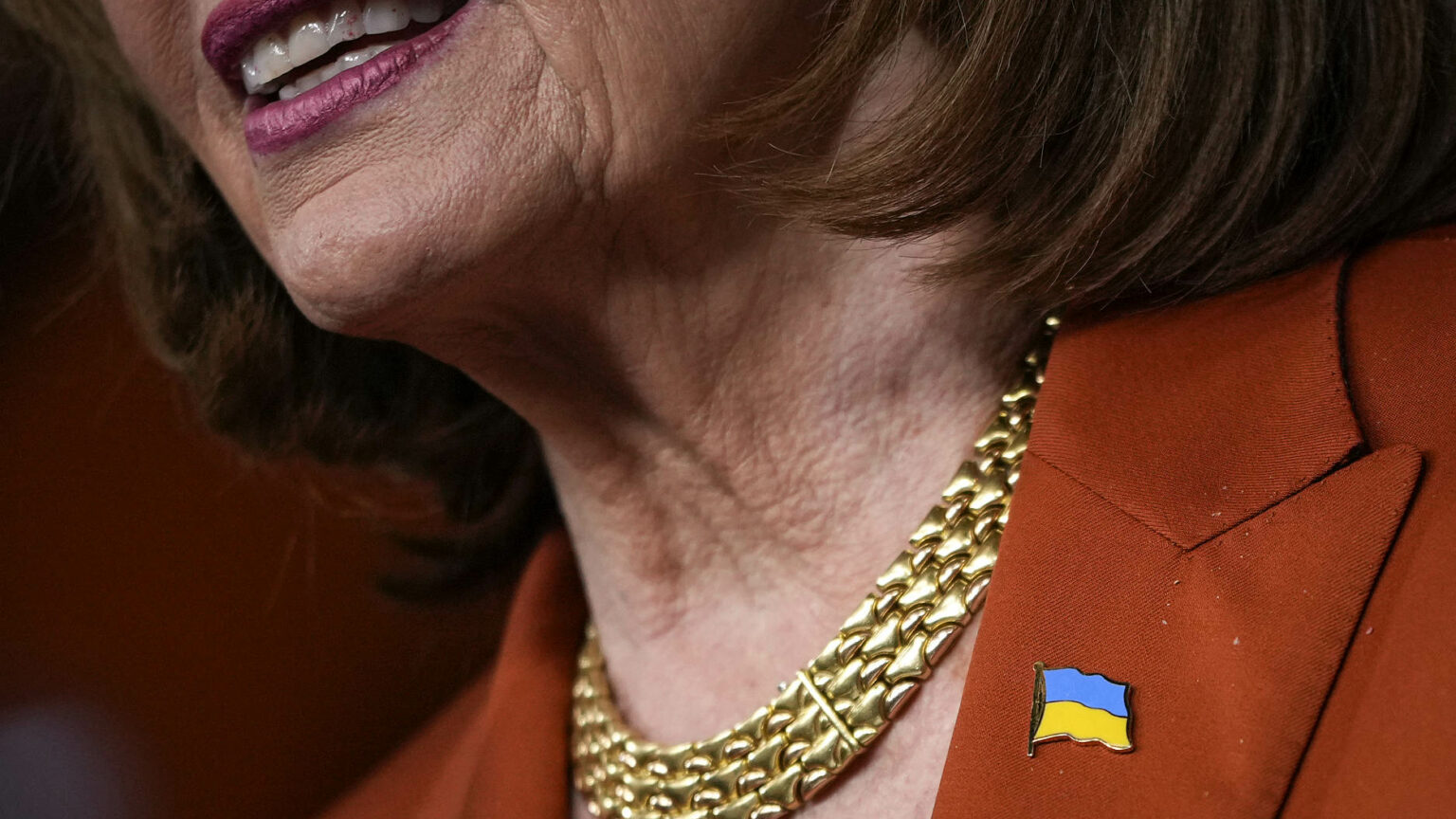 One of the least attractive features of the Western response to Russia’s invasion of Ukraine is the narcissistic tendency of Western commentators to insert themselves and their feelings into the narrative about the war. Listening to the BBC’s Today programme, among other mainstream outlets, it is difficult to avoid the impression that it is ‘all about me’. Time and again the interviewer poses the predictable question, ‘How do you feel?’.

People are often asked by the media about their motives for providing a home for refugees and how this decision has enriched them. According to one professor in the Conversation, discussing her own research, hosting a refugee can be a life-changing experience:

‘Hosting is also an investment and enrichment for the hosts’ own lives. The hosts in our studies show that as months go by they feel a great sense of connection and companionship, with many stating they had found “friends for life”. For those who had children in the household, they found that their children’s eyes had been opened to a whole new world, learning a new language and culture and becoming more tolerant of those who are different from them.’

The narcissistic culture of the West urges people to personalise the war in Ukraine. This tendency has become especially clear in the higher-education sector, where students and staff seem to perceive themselves as being emotionally harmed by exposure to media depictions of the war. The University of British Columbia in Canada points students to advice on how to deal with trauma of war from afar. It warns of the stress that can be caused by ‘broadcasts and images of a country under siege’ – ‘even [to] those without a personal connection to the country’. In Britain, sabbatical officers at Newcastle University Students’ Union issued a statement addressing the Ukraine crisis and flagging up the mental-health services on offer on campus. It said that ‘we, like many of you, feel helpless in this situation’, adding that ‘we are aware that our students may also be affected by these events and that this is a deeply troubling and difficult time for them and those close to them’.

Universities aren’t even the worst of it. The rock star Bono, who continually dines out on the tragic circumstances of other people around the world, has written a poem that casts the prime minister of Ukraine, Volodymyr Zelensky, in the role of St Patrick. In Bono’s cringing verse, the suffering of Ukraine and Ireland are depicted as interchangeable:

‘And they struggle for us to be free
From the psycho in this human family
Ireland’s sorrow and pain
Is now the Ukraine
And St Patrick’s name now Zelensky.’

Ever the opportunist, Nancy Pelosi, the speaker of the House of Representatives in the US, recited Bono’s poem during an event marking St Patrick’s Day in Washington, DC. Naturally, she was wearing Ukrainian colours.

Numerous celebrities have sought to brand themselves through this war. Actress AnnaLynne McCord also discovered her poetic voice. A few weeks back, she posted a video of herself reading a weird two-minute poem addressed to Putin. In it, she claims to understand the emotional pain that drove the Russian president to invade Ukraine. Assuming the role of a nourishing and emotionally literate Earth Mother, McCord’s poem suggests that poor parenting is ultimately what got the world into this mess.

On social media people have tried to turn Ukraine into a kind of storyline. Matthew Dowd, who describes himself as a ‘thought leader, writer, analyst’, reduced the war to the good-vs-evil tale of Star Wars. He tweeted:

‘Let me make this perfectly clear. Putin is Emperor Palpatine. The Ukrainian people and all those who stand up for democracy around the world and here in America are Rey Skywalker, Jyn Erso and the Rebel alliance. Pick your side.’

Other people piled in with their own Star Wars takes on Ukraine. One professor of Spanish responded by tweeting: ‘I am going to borrow your analogy for my students on Monday! Thank you.’ This use of fictional characters to discuss and understand the war in Ukraine speaks to the moral illiteracy of our era.

When people aren’t reducing the war to sci-fi analogies, they’re making it about themselves. In some cases the war has even been cast as a personal inconvenience. Joy Behar, the co-host of The View, reacted to the war by bemoaning its impact on her vacation plans. At least in this instance, the impulse to reduce a devastating tragedy to a personal issue was not motivated by the impulse of virtue-signalling.

Narcissistic virtue-signalling about the war becomes far more ominous when it’s done not by worthy celebrities, but by members of the Western political establishment. Many of them seem to regard the war as an opportunity for the West to morally rehabilitate itself. For some time now the Western globalist elites have suffered from a crisis of legitimacy and have struggled to endow their actions with meaning. The withdrawal from Afghanistan was only the latest in a series of humiliating setbacks and defeats – including Syria, Libya and Iraq – for the Western globalist elites.

This inability to give meaning to the Western way of life has produced profound divisions, leading to the eruption of a never-ending culture war. Having lost the moral authority it established during the Cold War against the Soviet Union, the Western elite regards Ukraine as an opportunity to make a comeback. American neoconservative John Podhoretz claims that Russia’s invasion is ‘a vindication’ of neoconservatism. This old advocate of American interventionism argues that, ‘Deterrence is what America lost in the years before Vladimir Putin took the gamble of going into Ukraine, and it is deterrence we need to restore. That is why this is a neoneoconservative moment.’

Neocons imagine that their time has come again, as do globalist liberals. ‘This war can save liberalism’, argues Francis Fukuyama. Fukuyama, who regards the American version of liberal democracy as the high point of human civilisation, has been disappointed and worried about its failure to endow public life with meaning in recent years. Since the Cold War, American liberal democracy has lost its way. Unable to acknowledge the West’s lack of moral and intellectual resources, other commentators have chosen to blame ‘populism’ for all our troubles.

However, Putin has apparently now provided the West with an opportunity for moral rehabilitation, and elites hope a new sense of unity can be forged through standing up to the new version of the evil empire. As Fukuyama puts it, ‘with this invasion of another democratic country, Putin has created a certain amount of moral clarity’. What he means by this is that, when set against Putin and his corrupt oligarchs, the West looks pretty good by comparison. ‘We’ll take that’, Fukuyama effectively says, alongside the Anglo-American foreign-policy establishment.

Even a more hard-headed analysis of the new world order, recently published on Bloomberg Opinion, partially expresses this hope that global liberalism can rediscover its moral purpose through this conflict:

‘One of the great problems with modern liberalism for the past few decades has been its lack of a gripping narrative and a compelling cast of heroes and villains. Globalists have talked a bloodless language of “comparative advantage” and “non-tariff barriers”, while populists have talked about sneering elites and hidden conspiracies. Now Putin has inadvertently reversed all that. Freedom is the creed of heroes such as Zelensky; anti-liberalism is the creed of monsters who drop bombs on children.’

Ukraine for many is now a medium for the moral rehabilitation of the West. Here we see that the culture of narcissism around Ukraine is not simply about celebrities attempting to insert themselves into the war. It is also far more insidious than the pathetic playing of the victim card by university administrators.

Those who seek moral clarity through exploiting the troubles of others are unlikely to gain any durable moral authority. Worse still, the practitioners of this ‘all about me’ approach to the war do a disservice to the people of Ukraine. It is unrealistic to expect the West to adopt particular policies on the basis of altruism alone. There is nothing wrong with supporting Ukraine on the basis of national interest. But policymaking that is informed by narcissism tends to be incoherent, unstable and unreliable.

The people of Ukraine deserve more than that. They deserve to be taken seriously, on their own account. It is their story – it is not ours to hijack and make our own.