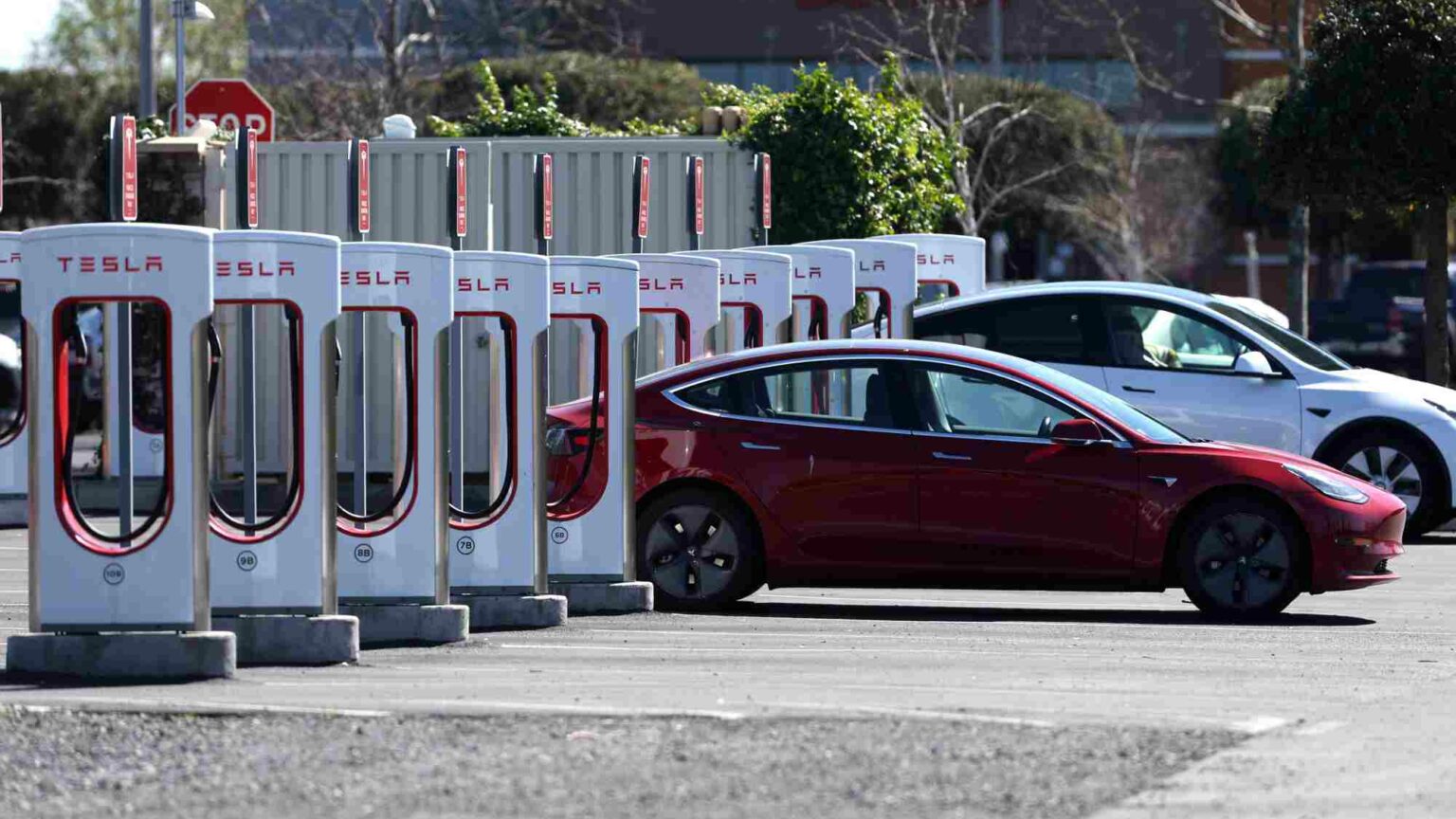 The runaway cost of virtue-signalling

Working-class Americans are paying a heavy price for their elites’ moral posturing.

As gasoline prices in the US continue to surge to an unprecedented $7 a gallon in some places, President Joe Biden seems more interested in finding someone to blame than mitigating the problem. ‘Make no mistake, inflation is largely the fault of [Russian president Vladimir] Putin’, the president said on Friday at the House Democratic Caucus Issues Conference. The president then cited a ‘fact checker’ in the New York Times and a Washington Post op-ed to counter anyone daring to lay the blame for skyrocketing prices at the feet of the president of the United States.

I guess if you’re going to gaslight working-class Americans who have been struggling with historic levels of inflation for over a year now, it’s good to have legacy media outlets backing you up.

Of course, Biden is right that his decision to ban Russian oil and gas from the US market – a popular move, which 80 per cent of Americans approved of – has exacerbated these trends. But in trying to lay the blame of a year-long trend entirely at Putin’s feet because of a war that started three weeks ago, Biden is erasing the ongoing struggle American families have been facing, enlisting a foreign foe to cover for his domestic failures.

And it’s the very people the Democratic Party claims to care about who are suffering the most as a result of those failures. A new Wall Street Journal poll found that 35 per cent of black, Hispanic and Asian-American voters were feeling the sting of inflation, compared to just 28 per cent of white voters. Among black women and Hispanic men, the proportion was even higher, at 44 per cent. And of course, for those making less than $60,000, it was the worst, with half feeling the pain of inflation – compared to just 13 per cent of those making over $150,000.

It’s perhaps no surprise that it’s those whose incomes protect them from the sting of inflation who are most vocal about how willing they are to pay more for petrol – lecturing those who can least afford it about the importance of doing so on moral grounds.

‘I said defending freedom is going to cost’, the president said last week, as part of his attempt to rebrand inflation as ‘Putin’s Gas Price Hike’. In fact, the president was one of many in the liberal elite – people who couldn’t tell you how much a gallon of milk or a pound of ground meat cost if their lives depended on it – to suggest that doing the ‘right thing’ is going to cost Americans.

‘I’ll happily pay more for gas for her’, Bette Midler, who is worth $250million, tweeted with a photo of a Ukrainian child. ‘Americans: We can endure higher prices for food and gas if it means putting the screws to Putin’, tweeted Star Trek actor George Takei. ‘A clear conscience is worth a buck or two’, late-night host Stephen Colbert, who makes $15million a year, lectured Americans last week: ‘I’m willing to pay. I’m willing to pay $4 a gallon. Hell, I’ll pay $15 a gallon because I drive a Tesla.’

At least he said the quiet part out loud. But beyond the unbelievable chutzpah of a millionaire who drives a $100,000 car lecturing working-class Americans about – well, anything, really – Colbert’s commentary, like that of the president and the other millionaire moralists, implies that complaining about the cost of gasoline somehow means that you aren’t a patriot or simply don’t care about freedom – or Ukrainians. It’s your fault if you can’t afford to pay, don’t you see? If you were a better person, you would pony up and find the cash.

This is just the latest example of American elites dressing up their class privilege as morality – and then asking the working class to pay the price. It’s class warfare under the guise of moral virtue, like so much of what passes for leftist thought today.

Think about the Covid-19 class divide. Affluent elites, who work in the knowledge economy or professions that easily translate into working from home, took their economic privilege – one that relied on the labour of essential workers who didn’t have the same luxury – and transformed it into a moral posture: Stay at home! Slow the spread! Anyone who opposed lockdowns and the devastating impact they were having on small businesses and school children was branded a moral pervert. Then these same elites cheered when the people they relied on to indulge their moral posturing were fired for refusing the elites’ chosen method for mitigating the pandemic.

Or think about the Defund the Police movement, so popular among white elites and so unpopular among the black Americans who actually live in areas that need better policing. This too was a version of class warfare dressed up as virtue, as people living in rich enclaves did their best to reduce the number of cops available to defend poor and working-class Americans from the criminals who operate primarily in poorer neighbourhoods.

Unfortunately, a lot of environmental activism and policy comes out of this same playbook. Climate change is real and should be mitigated. But there is a deep tension between the utopian environmental goals, in proposals like the Green New Deal, and the interests of the working class – not just in terms of the price of gas and electricity being forced upward, but also from the perspective of jobs.

Take the Keystone XL Pipeline, which would have connected the Alberta tar sands in Canada to oil refineries on the Gulf Coast of Texas, but was blocked by Biden on his first day in office. On Friday, the president pooh-poohed the idea that his cancellation of the pipeline has impacted the price of fuel. ‘The Keystone Pipeline was two years away’, he said. ‘It had been two per cent finished. Give me a break.’ It’s a facetious argument, though. In shutting down the pipeline project, Biden sent a message to the oil industry – that its investments were not secure. This then translated into a market reality.

Even setting aside the ubiquitous gaslighting over gas prices, it’s estimated that the Keystone XL Pipeline could have supplied thousands of Americans with good, union jobs.

It’s not just the pipeline, either. The fracking industry, which progressive environmental torchbearer Alexandria Ocasio-Cortez introduced legislation to ban, also offers jobs that provide significant upward mobility for those employed in it. The fracking boom has massively reduced income inequality in places like North Dakota, while a national ban on fracking would cost upward of 14million jobs that provide security and a middle-class lifestyle to millions of Americans.

If you want to see how environmental policy furthers inequality, look no further than California, which is the state most committed to decarbonising its energy supply. It is now the most energy efficient state – as well as the state with the highest poverty rate in America. Twenty per cent of Californians live in poverty, and a growing number of academics have been tying that poverty to the cost of living – including to the cost of energy. Since 2011 the cost of electricity in California has increased five times as fast as the rest of the US.

Rising electricity prices in California have disproportionately impacted low-income families. In practice, this means that black and Latino households are spending 20 to 40 per cent more of their household incomes on energy than white households, the esteemed environmental lawyer Jennifer Hernandez found in a 2021 paper titled ‘Green Jim Crow’. In 2020, nearly four million California households – or 30 per cent of Californians – faced energy poverty. Meanwhile, more than two million households were forced to spend between 10 and 27 per cent of their total income on home energy.

The cost of ‘energy efficiency’ is being paid by those who can least afford it – thanks largely to the policy preferences of Californians with household incomes 80 per cent higher than the national average. Perhaps this green class divide is no surprise. After all, who could forget John Kerry, Biden’s climate tsar, travelling to accept an environmental award in a private jet? ‘It’s the only choice for somebody like me, who is travelling the world to win this battle’, was how a visibly annoyed Kerry defended himself to a reporter last year. A climate hero like me… travel coach?

And yet, despite the obvious tension between working-class interests and environmental maximalism, when pressed on what he is going to do to combat surging gas prices, President Biden has only doubled down on green-energy policies like solar, wind, electric cars and reducing our dependence on fossil fuels – in other words, the very policies that are contributing to the immiseration of California’s working class where they have been implemented.

‘Loosening environmental regulations won’t lower prices. But transforming our economy to run on electric vehicles, powered by clean energy, will mean that no one will have to worry about gas prices’, President Biden tweeted last week. Electric cars have become the ‘Let them eat cake’ of 2022.

None of this is to deny the importance of the environment, policing, Covid or the war in Ukraine. But somehow, the people in charge keep choosing to address these issues in ways that make their poor and working-class neighbours pay – literally – for their moral posturing. It’s time to find solutions that do more than flatter the rich, and that actually help the poor.