No, the UK is not ‘doing nothing’ for Ukraine

The anti-Boris bores are completely detached from reality. 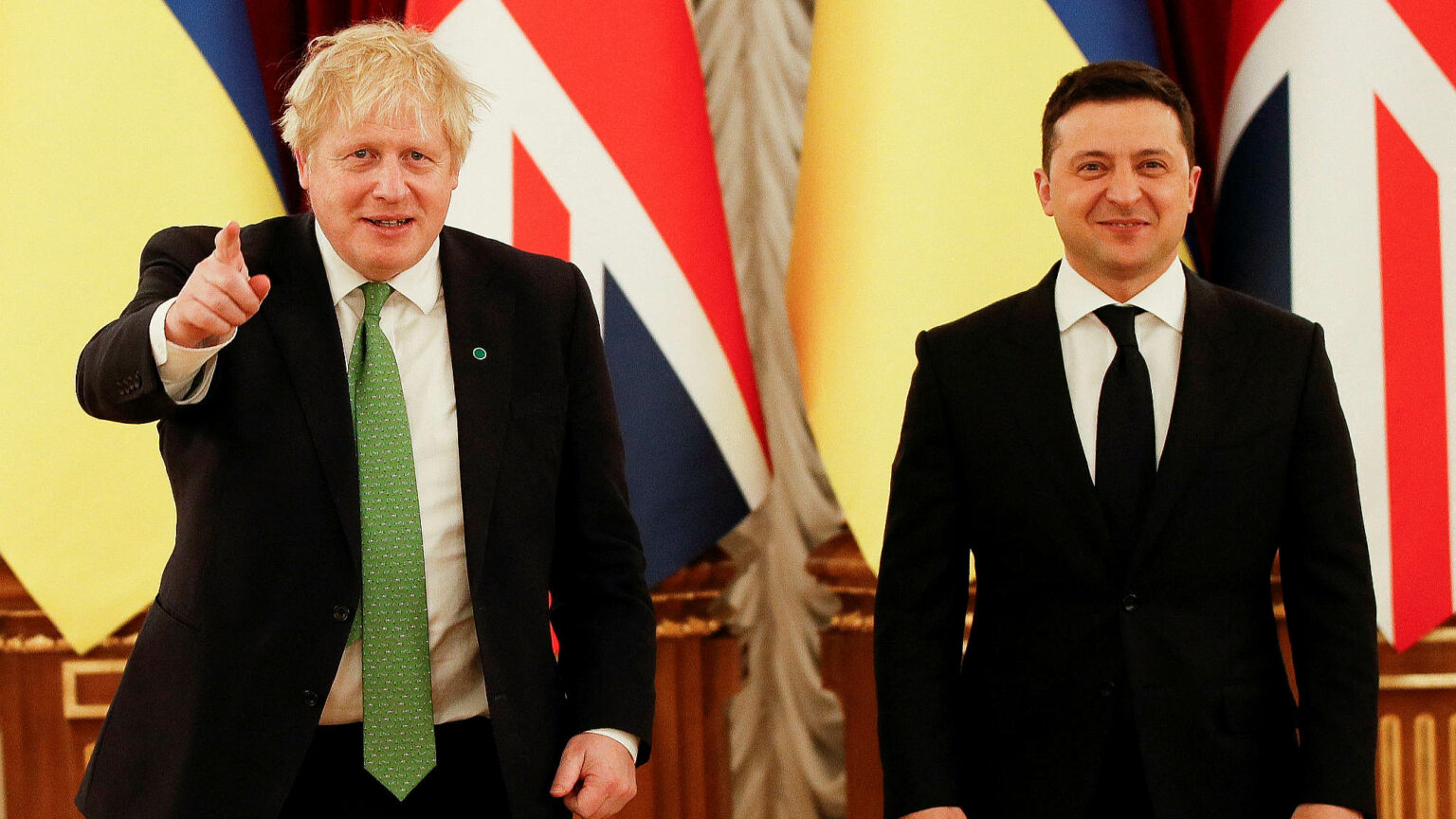 Anyone tuning in to the nightly news, or scrolling through British political Twitter, at the moment could be forgiven for thinking that the UK is sitting on its hands and staring into space in response to the Russian invasion of Ukraine. ‘Why won’t Boris Johnson do something about Ukraine?’, is the exasperated cry that has filled the airwaves for the past few weeks. The fact that the UK government is actually doing quite a lot seems not to have registered with much of our media class.

This is mainly because the UK’s response to the Ukrainian crisis has been reduced to yet another bun fight in the Brexit wars. A rump of continuity Remain politicians and journalists seems to have persuaded itself that the UK government is effectively on the side of the enemy. The thinking goes something like this: Brexit was a Russian plot, and the Tories got Brexit done, and now the Tories are giving succour to Russia.

Every home of a Russian oligarch that is yet to be seized, every yacht yet to be impounded, and every day that a Gazprom exec can walk around without handcuffs is held up as ‘proof’ that while the UK government talks a good game on Ukraine, it is too compromised by its alleged Russian connections to take meaningful action.

Claims that the Tory government is too reliant on ‘dirty Russian money’ to stand up to Putin are everywhere – from the mainstream media to the conspiratorial fringes of the #FBPE set. So the Mirror portrays Johnson photoshopped in a Russian hat, with the communist hammer and sickle for extra camp effect. Meanwhile, the ever-paranoid Byline Times states confidently that ‘the British government and the Kremlin’ only ‘appear to be in conflict’ (my emphasis).

Even worse, according to some observers Johnson has an ideological affinity with Vladimir Putin. The Observer’s Nick Cohen sees a ‘Putinist’ strain in the UK prime minister and the British right more broadly. According to Cohen, the two leaders have a lot in common: ‘Johnson also likes to pose as a strongman, who can get Brexit done. He too wallows in nostalgia for the past rather than hope for the future and defines himself against a large portion of his fellow countrymen.’ This has led to Johnson being ‘silent’ in the face of the UK’s alleged Putinist enemy within, argues Cohen, as the PM has given ‘no speeches warning against the seductions of tyrannical thinking and power worship’ (whatever all that means).

Those convinced that Boris is essentially pro-Putin are completely divorced from reality. The UK government has spent several hundred million pounds on aid, weapons and military training for Ukraine – and it has pledged this week to spend tens of millions more. It has imposed unprecedented sanctions on the Russian economy and on Russian oligarchs (which, combined with the actions taken by the rest of the West, are battering the Russian economy). Today, alongside the US, the UK government announced a ban on Russian oil imports. This is not nothing – not even close.

All of this has been noticed by the Ukrainians. Reports suggest that Ukrainian president Volodymyr Zelensky has spent more time on the phone with Boris Johnson than any other world leader. Similarly, former Ukrainian president Petro Poroshenko has spoken warmly on Sky News about his ‘very positive experience’ working with Johnson (not that this unexpected remark made it into Sky’s edited report for the web). Russia, for its part, has made thinly veiled threats that it ‘will not forget’ Britain’s role in supporting what it dishonestly calls the ‘ultra-nationalist forces in Ukraine’.

The idea that Britain has been slow or unwilling to respond to the crisis in Ukraine is simply a myth. If anything, era-defining decisions on foreign policy, energy policy, defence and the economy are being made at breakneck speed, with little public consultation. Whether or not all the measures will have the desired effect is impossible to tell at this point. While everyone wants to help the Ukrainians in any way we can, we may well look back on some UK decisions as having been too hastily made, with too little thought given to the potential unintended consequences. Still, the idea that we are doing nothing is utter nonsense.

Now, there is one area where the UK clearly must do more – we have a moral obligation to welcome far more Ukrainian refugees than we are right now. The Home Office response has been predictably shambolic. Just as we let down our Afghan allies with our botched refugee scheme following the withdrawal from Afghanistan last year, we are now letting down Ukrainians in their own hour of need.

Yet, even on this issue, far too much of the criticism of the government is either hysterical or in bad faith – and clearly motivated by animus towards Brexit. It is more than a little disingenuous, for instance, for the likes of the EU’s Guy Verhofstadt and Donald Tusk to compare the paltry number of visas issued by the UK to Ukrainian refugees with the masses welcomed into countries that share a land border with Ukraine, like Poland. Even more cynical is LBC host James O’Brien’s claim that the UK’s refugee policy is ‘working perfectly’ as the government intends. ‘This is what you voted for… because you listened to people like Farage and Patel and the rest of them’, he fumes, transforming a humanitarian crisis into just another anti-Brexit talking point.

We cannot even hope to have a grown-up discussion about what we in Britain should do next about the war in Ukraine, about how we can best support the Ukrainians’ fight for independence, if we cannot even admit to what the UK government has done so far. Not for the first time, the anti-Boris / anti-Brexit set has lost the plot. Such silly people aren’t built for these serious times.