Will we be ‘nudged’ into Net Zero? 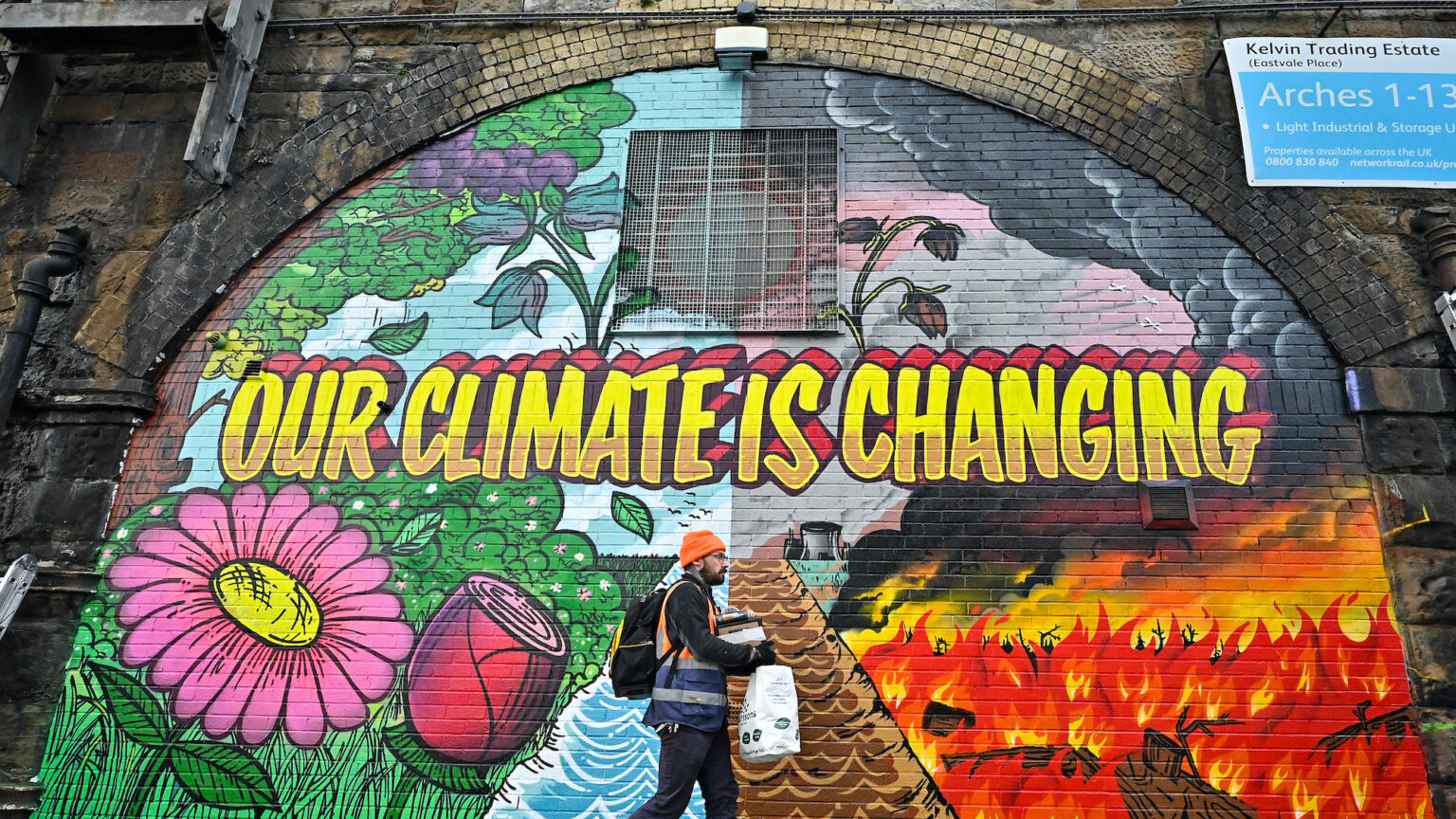 As we emerge from the pandemic, there is growing resentment about how we were intimidated and cajoled into compliance with the various constraints and restrictions of the last two years. Laura Dodsworth’s A State of Fear showed how an approach to government communications informed by behavioural psychology was used to ensure public compliance with Covid stay-at-home orders and other measures. The UK government’s Independent Scientific Pandemic Insights Group on Behaviours (SPI-B) advised early on that ‘The perceived level of personal threat needs to be increased among those who are complacent, using hard-hitting emotional messaging’. The government spent millions on such messaging, designed to induce fear (‘If you go out, you can spread it. People will die’) and guilt (‘Can you look them in the eyes and tell them you’re doing all you can to stop the spread of coronavirus?’).

Though commonly bundled together under the chummy-sounding label ‘nudge’, there are a variety of techniques used in official communications. Nudge – altering the ‘choice architecture’ and providing cues so that people spontaneously make the ‘right’ choices – is only part of the repertoire. As we saw with Covid, it also includes intense emotive messaging backed with coercion and threats of punishment, along with orchestrated displays of community rituals (the clapping) and visible markers of compliance (the masks). What the various methods have in common is that they draw on psychological models not simply to understand our behaviour, but to manipulate it.

This approach to communicating with the public was already firmly established in the corridors of power well before the pandemic. SPI-B member David Halpern was chosen by David Cameron to head the government’s Behavioural Insights Team (the so-called Nudge Unit) when it was established in 2010. Before that, Halpern had been a senior adviser to Labour prime minister Tony Blair. In 2004 he offered recommendations to Blair on how ‘behavioural interventions’ could provide ‘alternative, and perhaps more subtle, ways in which government might affect personal behaviour’. In the wake of Covid, psychologists are still busy offering up such advice, mainly with the goal of influencing public attitudes and behaviour regarding climate change.

In fact, the environment was the first area where behavioural interventions were designed and adopted in Britain, on the grounds that simply providing information about environmental problems did not necessarily lead people to adopt the desired behaviours. The government’s 2005 ‘sustainable-development strategy’ proclaimed ‘a new approach to influencing behaviours based on recent research’, including a ‘toolkit for climate-change communications… designed to provide a model for future behaviour-change campaigns on other issues’. The document announced that Blair’s administration was ‘establishing a “behaviour change” forum across government departments’ so that the ‘comprehensive behaviour-change model for policymaking’, which had been developed for environmental issues, could be ‘applied in all priority areas’.

The premise of behavioural approaches is that – as a Cabinet Office paper, MINDSPACE: Influencing Behaviour Through Public Policy, explained in 2010 – a rational or cognitive model ‘based on influencing what people consciously think about’ is of limited use. Instead, it is argued that since ‘people are sometimes seemingly irrational and inconsistent in their choices’, the focus has to shift ‘away from facts and information’ and towards shaping people’s ‘more automatic processes of judgement and influence’. Even back then, this was not novel. As one study on approaches to ‘changing environmental attitudes’ put it in 2000: ‘The key entry point for environmental education is via the affective domain.’ Playing on our emotions, in other words, is seen as more effective than giving us information.

Although the use of ‘behavioural insights’ is dressed up in quasi-scientific language and presented as simply promoting the wider adoption of indisputably ‘good’ behaviours and motherhood-and-apple-pie ideas, its proponents are well aware that what they are actually doing is trying to overcome public resistance to contentious and unpopular policies.

The Green Alliance, for example, was launched in 1979 with the aim of trying to ‘ensure that the political priorities of the United Kingdom are determined within an ecological perspective’. In 2003, together with the think-tank Demos, it produced a report for the Department of Environment, Food and Rural Affairs on how ‘policymakers can co-opt the techniques used so effectively in the marketing of consumer goods to achieve environmental and social, alongside commercial, goals’. Fifteen years later, the Green Alliance conceded that the sales pitch had not landed, admitting that ‘climate change is of low importance to voters compared to other issues’. The focus of its 2018 report, Building the Political Mandate for Climate Action, was how to get round the fact that ‘for the overwhelming majority of people, climate change is a non-issue’. The outcome was the ‘Climate Assembly’ which, as Ben Pile wrote on spiked last year, produced only a stage-managed simulation of democratic consent.

Similarly, a recent report by the Counterpoint consultancy (founded by former Demos director Catherine Fieschi) advises the EU how to sell the European Green Deal to the public. Acknowledging that ‘there is little public consensus on climate policy’, Counterpoint claims that the Covid pandemic has ‘revealed citizens readier than they once were for profound changes’, and that ‘attitudes are most easily “refashionable” in people whose attitudes and emotions are “up for grabs”’. In order to counter the ‘singular lack of engagement and enthusiasm’ for the EU’s green agenda, the report argues, the key is to ‘emotionally curate the aims of policy to appeal to the public’. This is to be done mostly online, via memes, because for ‘emotional (and therefore “triggerable”) communities’, memes are ‘a key weapon in semiotic ideological warfare’.

The idea that climate policy should be sold to the public by manipulating people’s emotions and waging ‘semiotic warfare’ should be a scandal. Yet journalistic exposés are conspicuously absent. In the pandemic, the media not only failed to ask critical questions but also amplified the fear messaging. The same is true with climate change: the media have adopted the government’s ‘Net Zero’ agenda as their own. Broadcaster Sky even commissioned a report from the Behavioural Insights Team on ‘nudging viewers to decarbonise their lifestyles’. The report admits that at least some viewers are likely to object, and offers advice on what type of content ‘makes viewers… less likely to argue with information they initially disagree with’.

Neither government nor media seem particularly committed to the idea that citizens are rational political subjects who deserve to be taken seriously. Instead, the goal is to generate public compliance with their supposedly worthy goals.

Behaviourism was adopted by politicians and policy wonks because it made a virtue of technocratic governance. In a post-ideological era, when both left- and right-wing parties struggled to offer a distinctive vision of the future, behaviourism held out the prospect that governments could do Good Things while largely avoiding the difficult business of articulating a coherent political argument. The aim, as the MINDSPACE authors put it, was ‘changing behaviour without changing minds’, and political leaders of all persuasions readily agreed that that was good enough.

While behavioural approaches often involve emotional appeals and behind-our-backs manipulation, this is not secret – the UK government has been publishing strategy documents, practical guides and research reviews on behavioural psychology methods for years. Neither is behaviourism a magic bullet: rather, the years-long proliferation of studies and policy papers all saying virtually the same thing over and over suggests that officialdom is uncertain how to relate to citizens in a meaningful way.

Yet, as we know from the pandemic, these manipulative methods can potentially have powerful short-term effects. Enough, perhaps, to nudge through disruptive, onerous and eye-wateringly expensive Net Zero policies – for our own good, of course.

Philip Hammond is visiting professor of media and communications at London South Bank University, and is the author of Climate Change and Post-Political Communication: Media, Emotion & Environmental Advocacy.