The revenge of the posh

All hail Laurie Penny, brave spokeswoman for the downtrodden bourgeoisie. 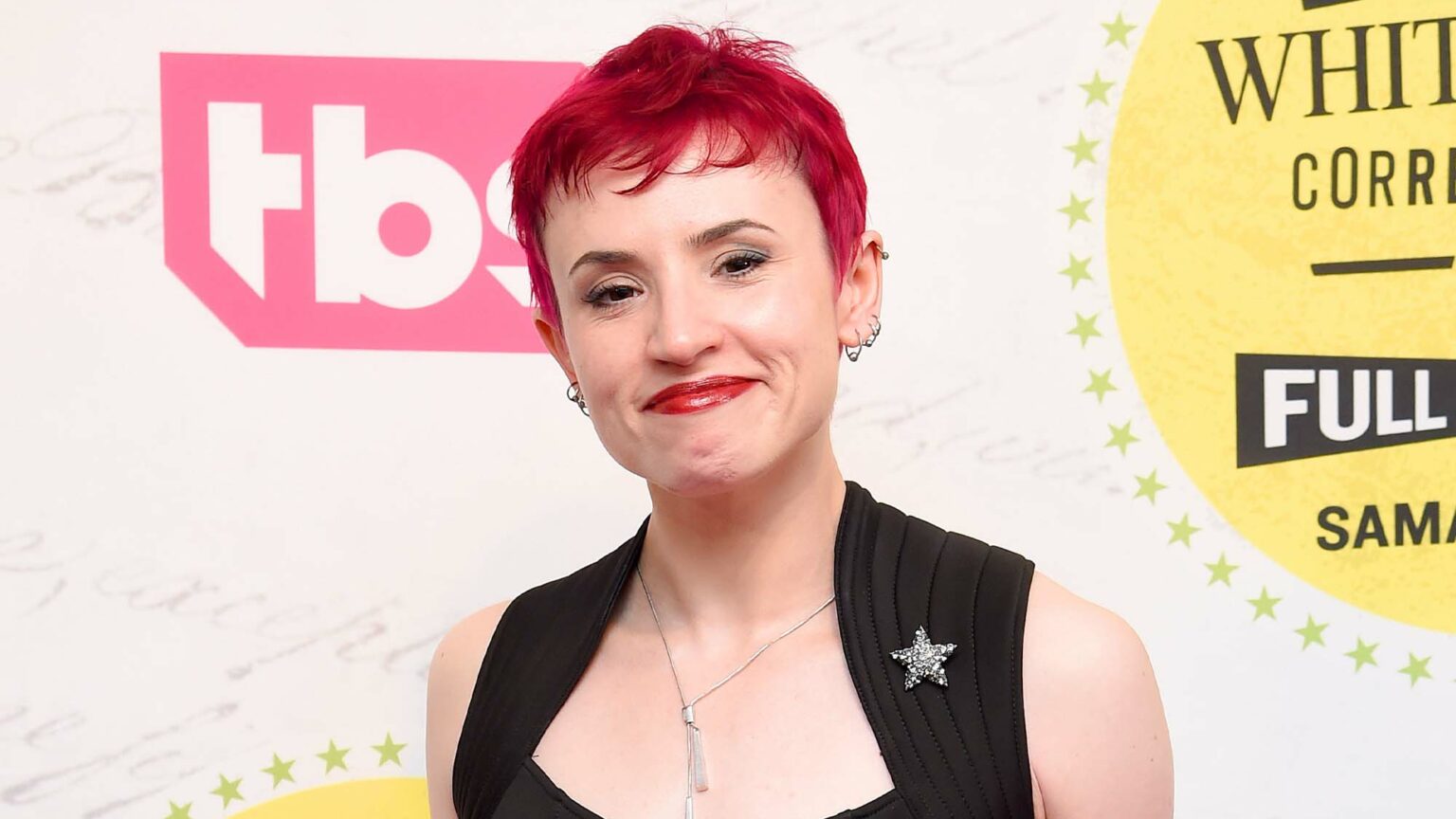 Is anyone else sick and tired of public life being dominated by the neuroses of the upper middle classes? The petty concerns of the self-pitying rich have colonised politics, culture and the media. Newspapers overflow with sob stories from plummy writers about the horror of being misgendered or the abject terror of someone asking them, ‘But where are you really from?’. Netflix is a hotbed of dramas about privileged suicidal teens and their goddamn pronouns. MPs and celebrities and princes tell all about their struggles with mental illness. Bipolar is all the rage. It’s the new adopting babies from Africa in the celeb world. Schools have been overrun by PhD-wielding culture warriors telling teenage girls to bind their shameful breasts and reprimanding infants who aren’t au fait with all the new linguistic rules on race, gender and sexuality. Even the once stiff civil service now regularly invites in race-baiting columnists and think-tankers to drone on about the horrors of life in ‘white supremacist’ Britain.

We are drowning in a sea of neuroses. Day-to-day life feels like living in the brain of a posh person who has mistaken having hang-ups for a personality. I feel like I’ve accidentally gatecrashed someone’s therapy session. Browse Instagram and there’s Lena Dunham going on about being fat or having recovered from addiction. Switch on a political-discussion show and I guarantee you’ll see an earnest middle-class campaigner explaining how racism is getting worse and worse. Fourth-wave feminists collate every instance of ‘sexism’, such as when the waiter gave the bill to their boyfriend rather than to them. Patriarchy! The Smart Set really is neurotically convinced that it is surrounded by dim, bovine racists, xenophobes, transphobes and fascists and that Brexit Britain is one angry Daily Mail leader away from the next Beer Hall Putsch. And of course they’re all traumatised. Or exhausted. Feeling exhausted is the new feeling traumatised. ‘I’m so tired’, say the upper-class neurotics, which is amazing given none of them has ever done a day’s work.

Now – because why not? – Laurie Penny has served up peak posh neurosis. Her new book, Sexual Revolution: Modern Fascism and the Feminist Fightback, is the ultimate expression of the political, sexual and cultural hang-ups that have become so vogue among the well-brought-up, socially aware set. Seriously, this book is crackers. At first it’s depressing – Ms Penny paints an image of the West in which women are kept in line by threats of rape, where fragile white men with ‘sweaty hands’ (?) are making life miserable for minorities, and where everything exists within a ‘framework of trauma’. Ready my noose! But eventually it becomes funny. It’s so relentlessly grim that all you can do is laugh. If you tell yourself it’s parody – parody of those intense millennials from privileged backgrounds who have managed to convince themselves that they’re oppressed – you will enjoy it enormously. Five stars!

Where to begin? The first thing to say is that this is very definitely a book written by someone who has never had a normal job or possibly even set foot in a normal workplace. Penny says that in the ‘modern workplace’, ‘sexual violence… is a form of discipline. It’s a tool of control.’ No it isn’t. Don’t be daft. This vision of a female workforce being warned that sexual assault awaits those who fail to meet their targets exists only in the head of Laurie Penny. Even a passing familiarity with the ‘modern workplace’ would reveal that, in fact, anti-sexual-harassment policies are one of the keenest forms of workplace ‘discipline’ these days. Make an off-colour joke or put up a poster of Katie Price in your warehouse cabin and you’ll be hauled before HR faster than you can say ‘Laurie Penny has never had a real job’.

This is also a book written by someone who thinks very little of men. Apparently ‘rape culture trains men to feel entitled to women’s sexual and emotional services, to measure their own self-worth by how much “pussy they can grab”’. Not to get all ‘lived experience’ about this, but I’m a man and I can honestly say I’ve never been trained to do anything by rape culture. Maybe I missed those classes? Of course I know what Penny and others in the new feminism will say: that rape culture is so insidious that we don’t even see it. It’s just there, everywhere, doing its deadly work, training blokes like me to be gross, entitled pussy-molesters without us even realising it. I’m sorry but this is politicised paranoia, a woke conspiracy theory, in which free-floating cultures warp and fry the neurons of the sheeple and make us think and do terrible things. Apparently capitalism itself is rape. ‘Rape culture is instrumental to the functioning of economies which are run on the exploitation of women’s bodies’, says Penny. LOL.

Perhaps funniest of all, Penny writes an awful lot about women for someone who doesn’t know what a woman is. Ostensibly this is a feminist tract, about how humanity faces a terrifying choice – it either carries on down the road to fascism or it embraces the corrective of Laurie Penny’s feminism. (Talk about a rock and a hard place!) And yet it’s a strange feminist tome that thinks men can be women, too. Penny gets it out of the way early. ‘In this book, when I talk about “men” and “women”… I am including everyone who locates themselves in those categories’, she says on page 8. So she’s not really talking about men and women at all. What a way to blow up your own thesis. Men have ruined everything, and only a progressive women’s politics can save us, but men can be women too if they want, so this progressive women’s politics will sometimes include men – that’s this book boiled down. I hate to mansplain, but I foresee a glitch in Penny’s glorious feministic uprising against white male ‘fascism’ if it includes within its number loads of those white males who have been culturally programmed to grab pussies with their sweaty hands but who now wear dresses and call themselves Tallulah.

Most strikingly, this is a book written by someone who has a very serious problem with democracy. This shouldn’t surprise us. I remember after the vote for Brexit in June 2016 when Penny wrote a piece on how the ‘frightened, parochial lizard-brain of Britain’ had just done something very stupid indeed. I remember it because I thought it was just about the most horrible, classist sentence I had ever read in a mainstream publication. It reduced the masses to reptiles. It depicted Leave voters as witless, terrified semi-humans, at best. Penny continues to pursue her fear of the masses in this bonkers book. At times it drips with contempt for the throng.

She seems convinced that the majority of people are being shaped by forces beyond their control. Our societies are being ‘held hostage to the psychic fragility of whiteness and the hysteria of straight masculinity’, she says. Populists and autocrats have ‘exploited [the] prejudices’ of wider society in order to get into power. Penny favourably quotes a writer who says modern culture is designed to keep us ‘docile and loyal and obedient’ and another who says demagogues like Trump use gaslighting to ‘psychologically manipulate’ the masses. For heaven’s sake, she even cites Wilhelm Reich’s 1933 book, The Mass Psychology of Fascism, to explain the continual emergence of ‘mass-psychological factors’ such as ‘brutal sadism’. Without question the most reactionary lesson drawn by the intellectual classes from the experience of Nazism was that it was the fault of the easily manipulated masses, rather than of the racially deranged elites, and it is a lesson Penny resuscitates for her book.

This rather confirms what this book is about. In essence, the terrifying sweaty white men represent democracy, while Penny and all her right-thinking feminist friends – to whom she refers, frequently – represent the pushback of the clever and the enlightened against democracy’s excesses. What is presented to us as a book about the coming battle between ‘feminism’ and ‘fascism’ is really a book about what Penny seems to view as the truly urgent struggle of our age – the rage of the right-on few against the foul political leaders that the psychologically misled masses have foisted on society. Behind all the progressive terminology, I spy a fundamentally reactionary argument.

Lastly, I really wish that Penny – and all the other talking heads of our fashionably traumatised era – would just keep things to herself. Do we need to know that Penny starved herself as a teenager and ended up in hospital? Do we need to know that all her friends seem to have had terrible and frightening sexual experiences? (Where are they hanging out?) Penny says that she and others – the enlightened ones, presumably – have ‘realised and accepted that we are being abused and terrorised’. I call bullshit. Terrorised how? Again, why should we be made to suffer the neurotic cries of the leisured classes? Penny doesn’t need a political movement – she needs a therapist.

All these unconvincing claims to victimhood play an important role, however. They are the means through which the new commentariat launders its privilege and turns it into suffering. This is the fundamental function of identity politics – it allows those from wealthy, comfortable backgrounds to position themselves as the new oppressed. So Ms Penny – privately educated, time-rich, her labour unsold, her hands uncalloused, straight, married, etc etc – can magically reposition herself as a member of the downtrodden by announcing that she is genderqueer, a they/them, abused, terrorised, yada yada. And so do the privileged elites culturally appropriate the language of oppression and position us as the oppressors of them. Us lizards and gammon – reptiles and pigs – are the true oppressors, while they, the endlessly fascinating gender-experimenting new elites, are the true victims. Now that, my friends, is gaslighting.