We’re witnessing the death throes of a media empire. 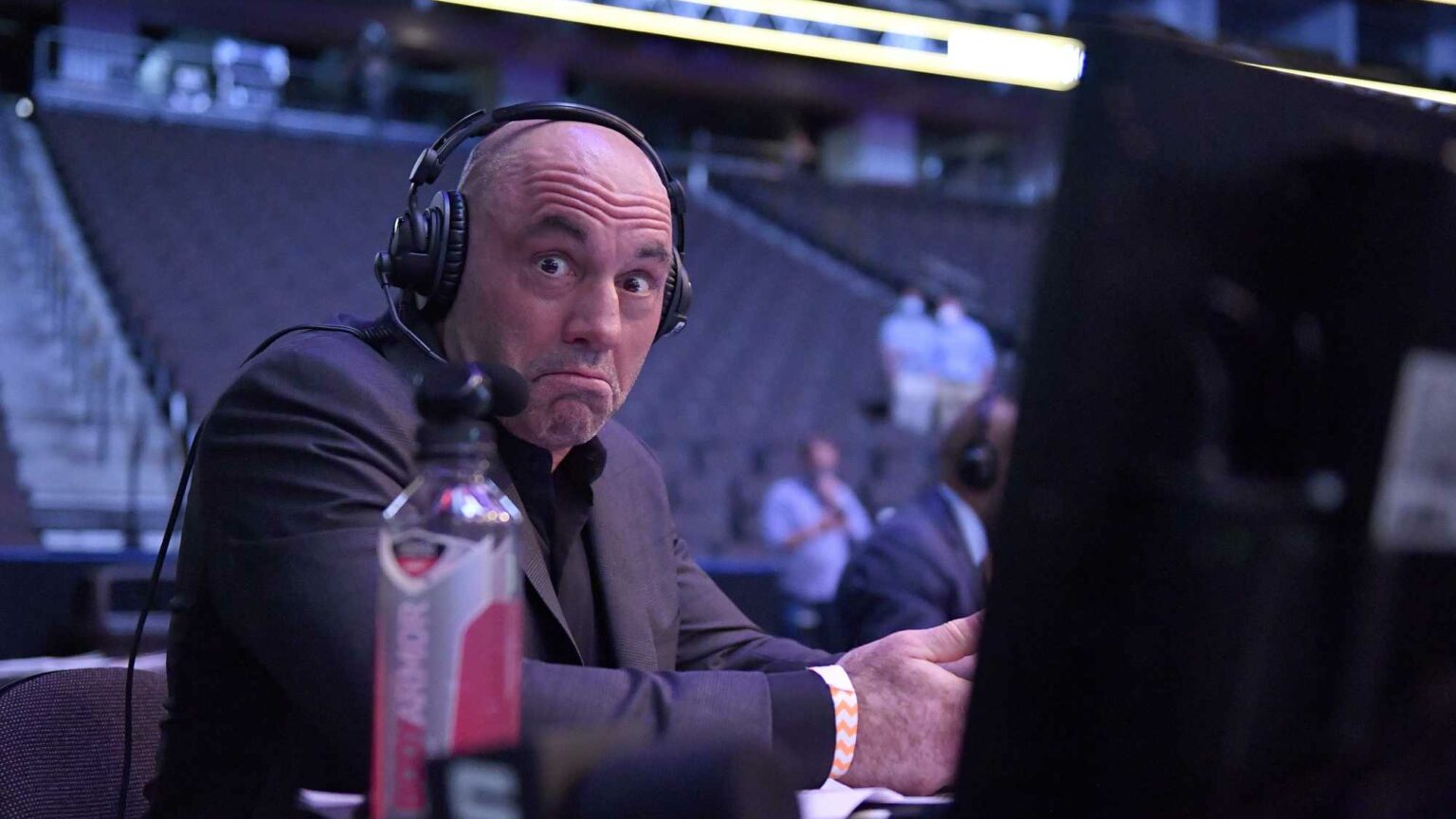 Much has been written already about the scandal of the supposedly slavering, swivel-eyed racist Joe Rogan having sneakily uttered the N-word while safely bunkered down on the world’s most popular podcast. Presumably due to some sort of encryption technology or audio-cloaking device, these outrages somehow evaded the moral guardians of the US during the actual occasions on which they happened. But now that most damning of media artefacts – a supercut – has been assembled and Rogan has been called to account.

I am not going to discuss whether Joe Rogan is a racist. (He isn’t, if that word has any useful meaning at all. But you knew that already.)

Dozens of think pieces have already barnacled on to this affair. But none has matched the hysteria, none has come close to the gibbering, the absolutely hat-stand, biscuit-barrel bizarreness of the ‘analysis’ presented by CNN over the weekend.

I don’t want to be redundant. Charles Cooke of the National Review penned an entirely adequate dismantling of the wreck itself, to the extent that one can dismantle so many parts that have fused, melted or shattered in the white heat of such a total systemic failure of normal mental processes, let alone journalistic standards, required to forge such a thing. ‘CNN accuses Joe Rogan of “unleashing” genocidal and insurrectionist forces’ was the National Review headline, and believe me, this is underselling CNN’s overstatement.

So do, please, I implore you, read the CNN analysis. Marvel at the suggested adjacency of Rogan’s behaviour to the Rwandan genocide! Gasp at his implied rejection of the post-war Vocabularian Consensus! Shudder as he shrugs off the Holocaust (of course) and also (again, of course) the new shibboleth of post-Trumpian leftist discourse, the Great Defilement – the event known only by the numerical form established by its only precedent for sheer moral heft – ‘1/6’ (which in this case looks too much like a pre-decimalisation price for me to take seriously, and cheap at half the price, madam).

What we have here is a failure to communicate. And more importantly, an indignant refusal to accept that what was once a one-way stream of communication has broken down.

Connoisseurs of the decline and fall of empires have had much to enjoy of late, watching the blown rose of legacy media collapse with a brutality rarely seen outside of a recently abandoned American military adventure. Network TV’s petals are falling in the high winds of Substacks, podcasts and social media, forming a pile of browning coils on the lawn of discourse. Control of the narrative has, we all know, been wrenched from the legacy media’s grasp. Look at us. We are the captain now.

All broadcasters are struggling to cope, but CNN in particular is beginning to resemble the lead rogue in a Feydeau farce at the end of the final act, scampering faster and faster from bedroom to bedroom with a manic desperation, and barely a door that slams without snatching another item of clothing from his sorry butt.

There was the enthusiastically followed Russiagate labyrinth, documented with endless assurances that ‘the walls are finally closing in on Donald Trump’, leading ultimately not to a gate but to a door in the back of a fairground fun house that opened on to scrubland and some hobo’s burned-out fire, empty vodka bottles and a genuinely piss-stained mattress.

There was the most jaw-dropping display of cognitive dissonance seen on film since Chemical Ali took leave of Baghdad – a reporter standing, accessorised by instantly iconic pink headphones, between a banner that read ‘fiery but mostly peaceful protests’ and the city behind him, visibly on fire. Douglas Adams would have been proud.

And there have been the many mishandlings and mis-reportings that could so easily have been walked back were the networks not so fragile and clinging so desperately to a myth of papal infallibility. The Covington High School thing. The Jussie Smollett thing. Kyle Rittenhouse, Brian Sicknick and dozens more.

But the ceding of authority, of market dominance, of control of the discourse, to an ex-cage-fighter and comedian known mainly for hunting elk with a bow and arrow, and an enthusiasm for whacky theories about who built the pyramids, has finally broken CNN beyond repair.

To be clear, no one should be relying on Joe Rogan to get all their Covid news. But give Rogan his due. He has some very interesting guests on his show, and he gives them time to talk and to say what they want to, not what he wants them to. He is open minded, checks and corrects his errors in real time. He has built the biggest show in the world from scratch with his own pioneer hands. And he is fun.

He is not intended to be a rival to a news network. He is not why CNN is tanking. But rather than reflect on why they have so utterly lost the trust and respect of a huge swathe of the population – a population that more than any other on Earth has been raised, socialised and domesticated by television for at least three generations now, that was theirs to have and to hold – CNN’s journalists have become quite simply deranged. Their disbelief, fury, despair, jealousy – all on a Shakespearian scale – have quite unseated their reason. And it’s bloody hilarious.

You don’t have to have a PhD in metaphors to know that Joe Rogan is not like a tyrant dehumanising an outgroup in preparation for genocide. Even my dog knows that.

Whether you think CNN is more like yesterday’s darling buds, now just a mess on the lawn, or a frightened man desperately trying to persuade his fellows of his rightful place in the life boat, and of Joe Rogan’s capacity to capsize the thing – or whether it is like a mouth-foaming priest, still denouncing witches and the works of Satan but whose congregation has finally seen through his lies and has turned away leaving him to face his Godlessness alone – one way or another, there can be very little doubt left that we are watching the final reel of something unspool.

A left-leaning journalist of my acquaintance, who wishes to be off the record, had this to say of Rogan:

‘People like him because he seems authentic… He doesn’t radiate contempt for his listeners. He may even like them. I can’t even begin to tell you how odd that is for a media personality. I always remember early on in my career, a prominent political broadcaster in this country telling me: “Our job is to tell them what to think.” That attitude pervades the news media.’

Compared to the over-polished, fake-tanned, teeth-whitened CNN hosts, the simple fact is that Rogan is real, in the sense that you can imagine he might even have a natural odour and just a hint of honest sweat. Maybe I’m being unfair. Maybe CNN’s analysts do have that. But if so, I for one would be very grateful to never get close enough to find out.